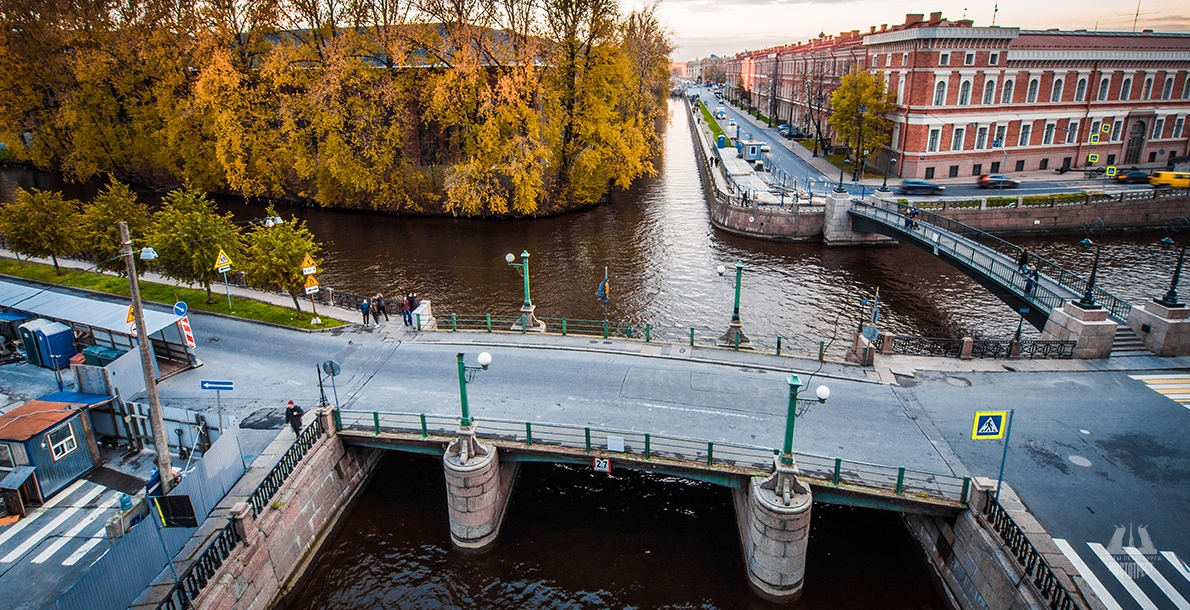 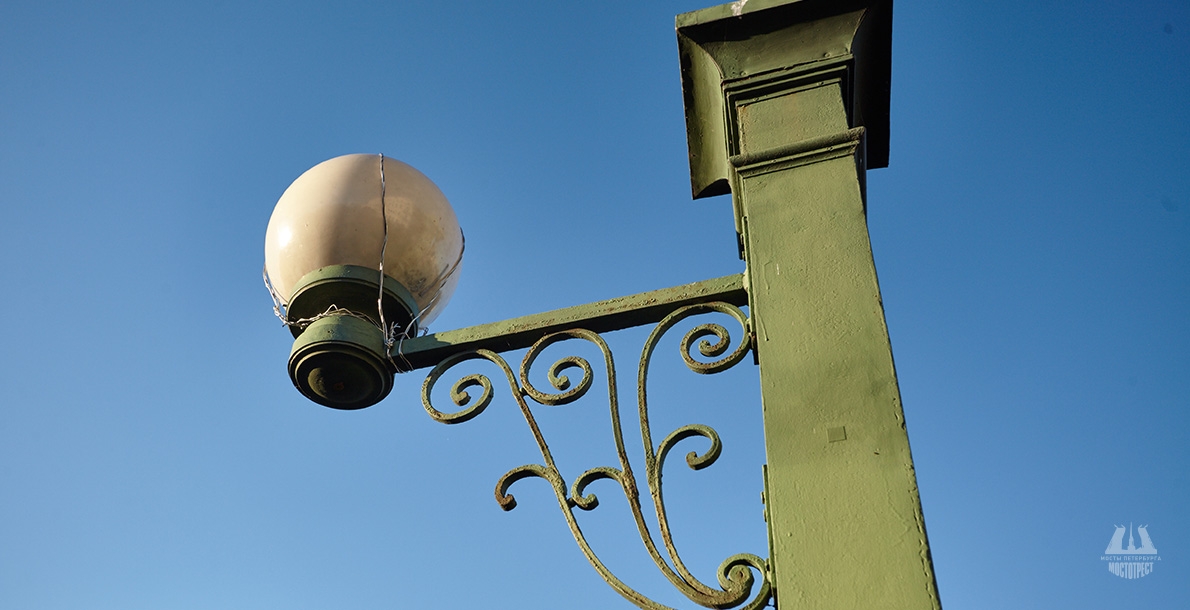 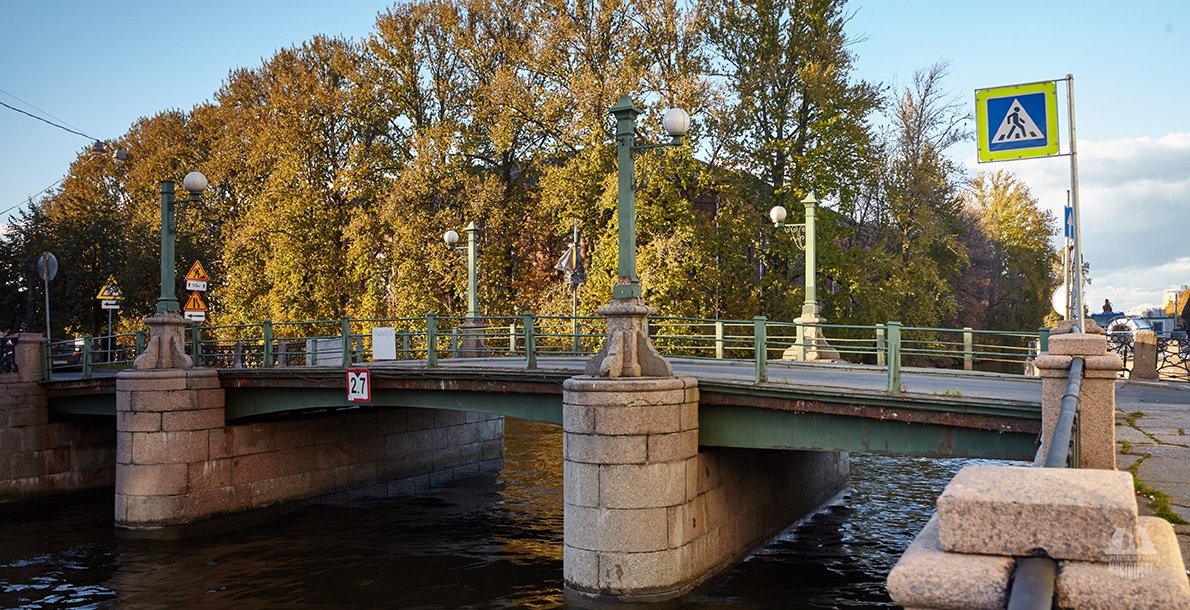 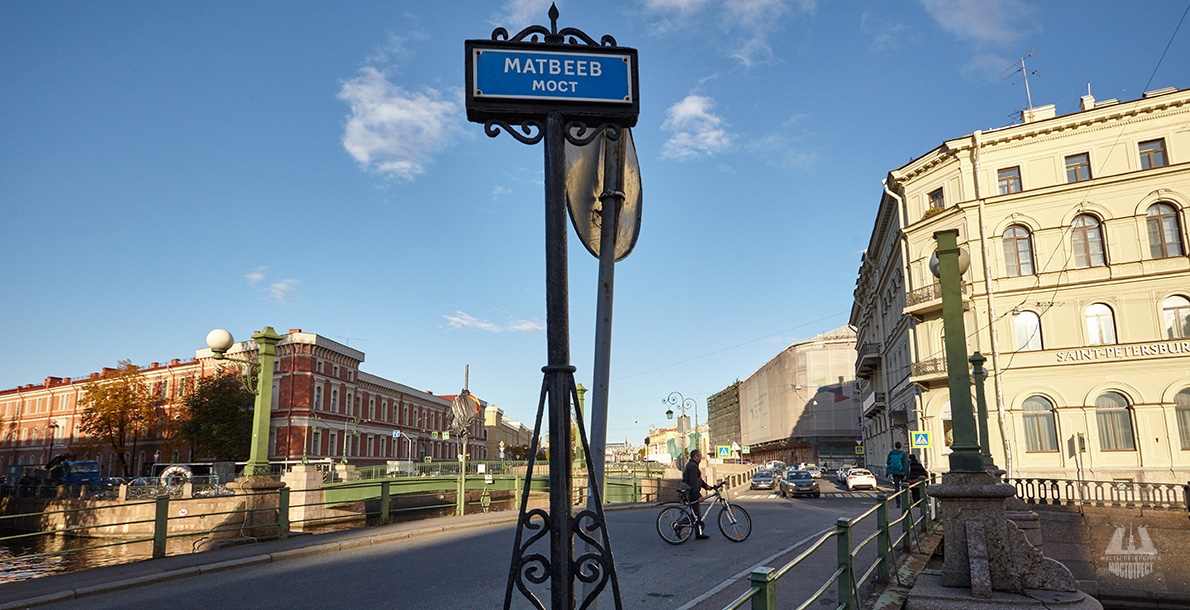 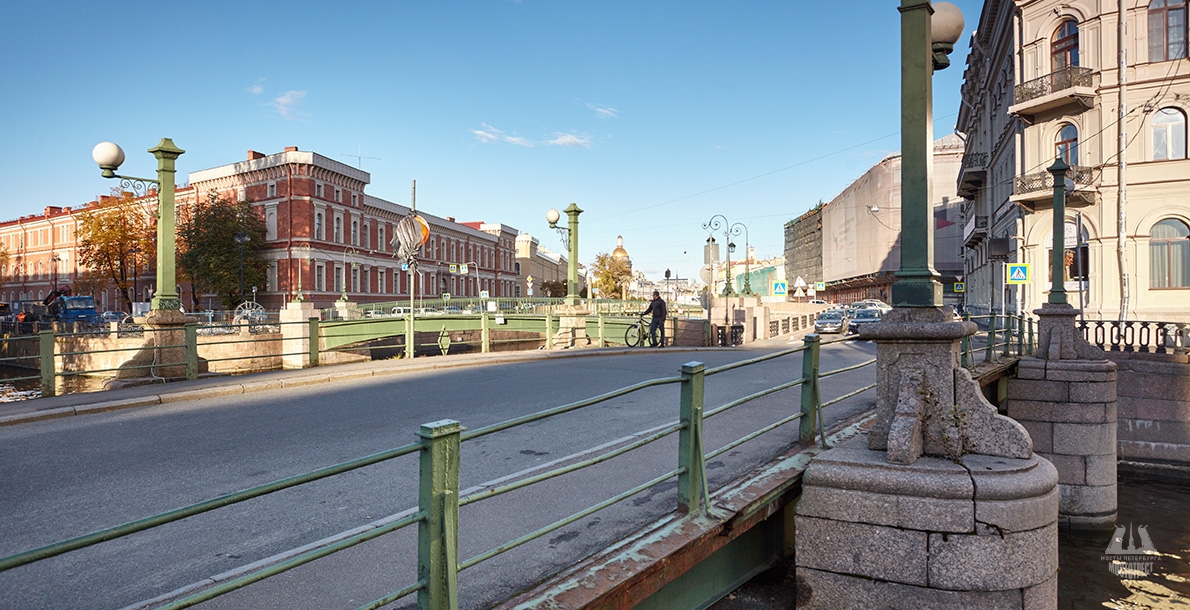 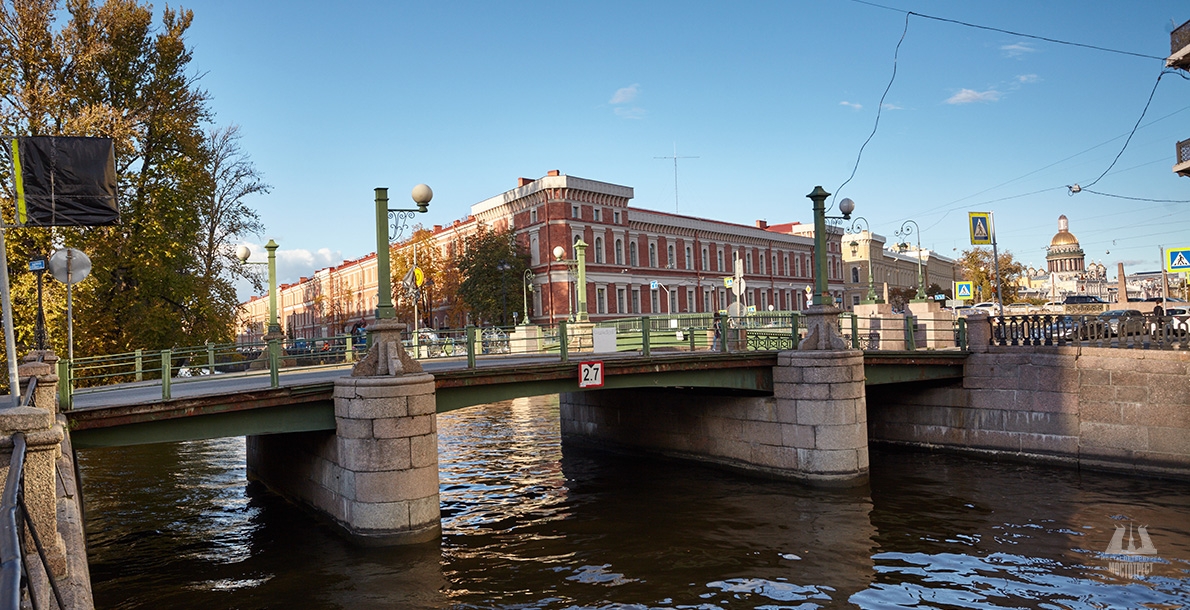 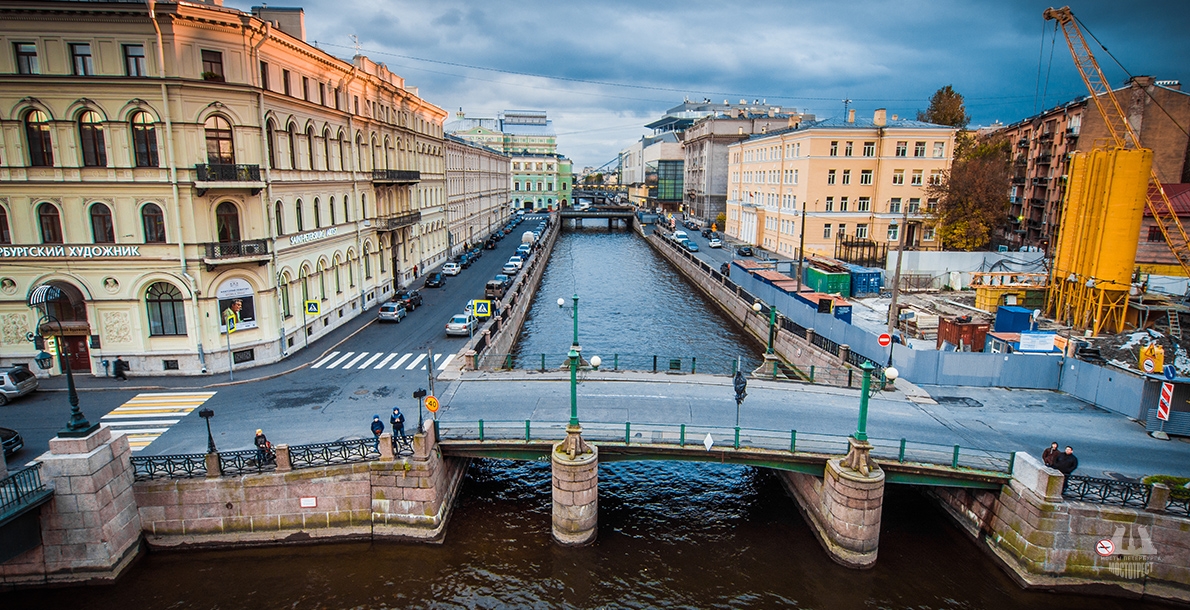 Matveyev bridge (former Konyushenny in 1798-1821, Kanavsky in 1812, Kanalny in 1820-1875, Kanavny in 1836-1844, and Tyuremny in 1850-1919) is located at the Kryukov Canal intersection with the Moyka River. The bridge integrates Colomensky and Kazansky Islands; it preserves architectural image typical for the bridges of the Kryukov Canal in 1780s.

Starting from 1850, the bridge name is connected to the building of city prison castle (further- bulk large of Lithuanian regiment, than prison, again), located nearby, and burnt during February revolution in 1917.

The bridge was constructed in 1782-1785, within construction of the granite Kryukov Canal embankments under typical project. The bridge was a three-span wooden simple bridge with a central lifting span. There were stone abutments and supports on pile foundations, faced with granite.

In the middle of the 19th century, the span was replaced with fixed wooden span structure and in 1960, wooden girders were replaced by metallic ones, whereon double wooden decking was laid. Railing is metallic; three horizontal rods with vertical posts. It should be noted that the bridge was repaired several times.

In 1905 wooden girders of the superstructure were replaced by metallic ones.

In March, 1919 the bridge was renamed after Bolshevik Matveyev Sergey Matveyevich, military base commissioner, who was killed within liquidation of Czechoslovakian Corps rebellion on Eastern Front.

In 1954 figured granite obelisks with lanterns on river supports were restored as per initial project.

Totally, six single-type bridges were located at the Kryukov Canal. But only Matveyev Bridge survived until present day in its original appearance. Now, it is protected by state as architectural monument.