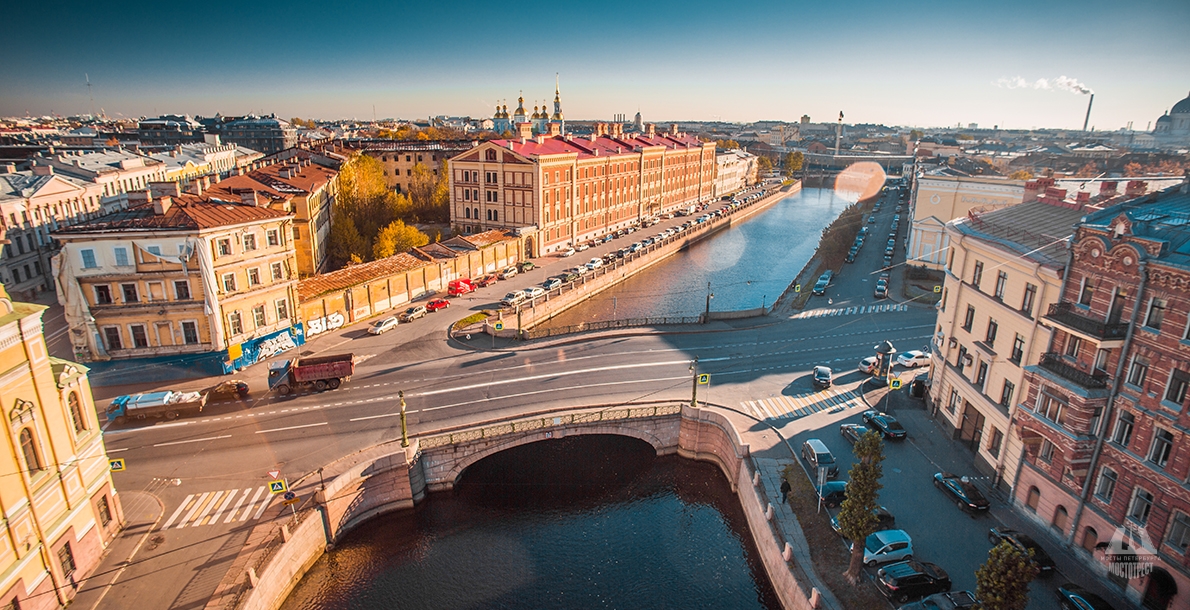 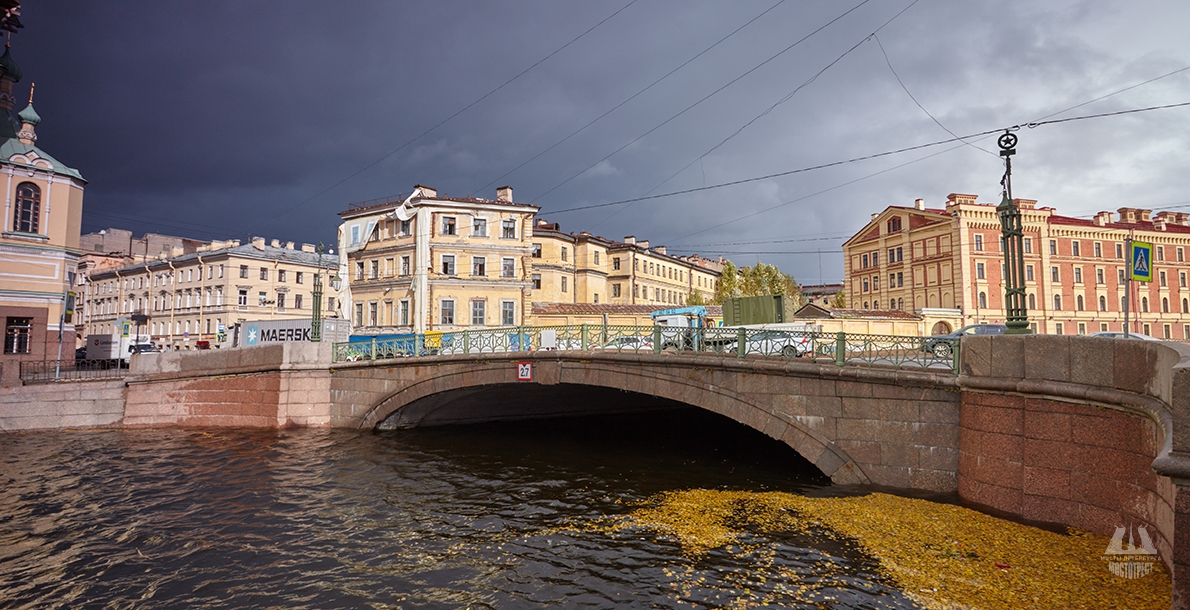 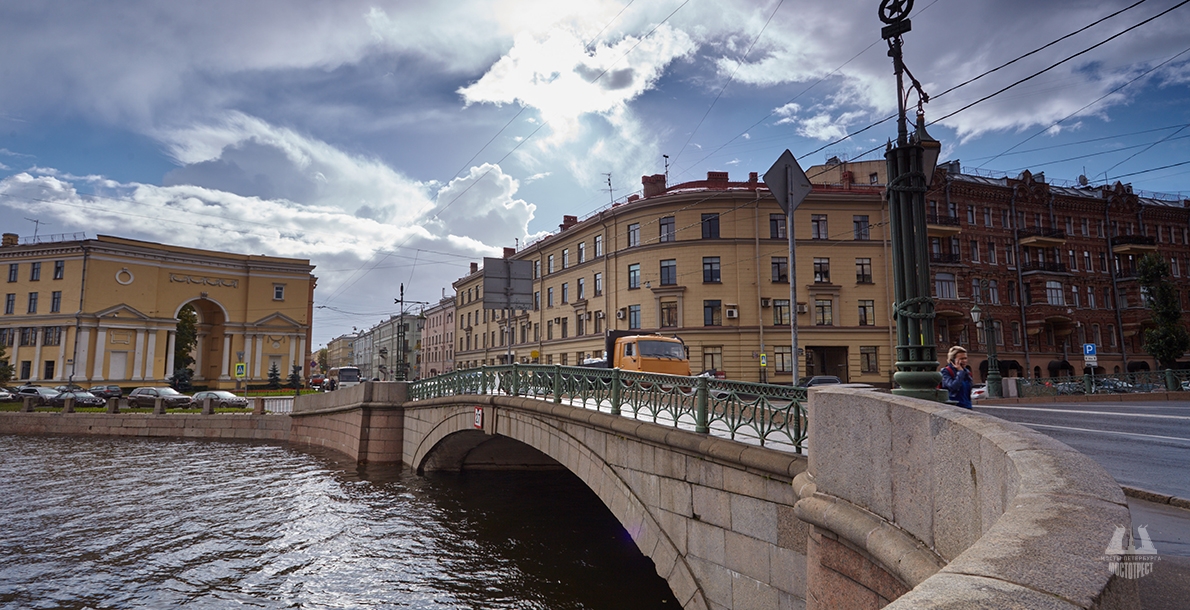 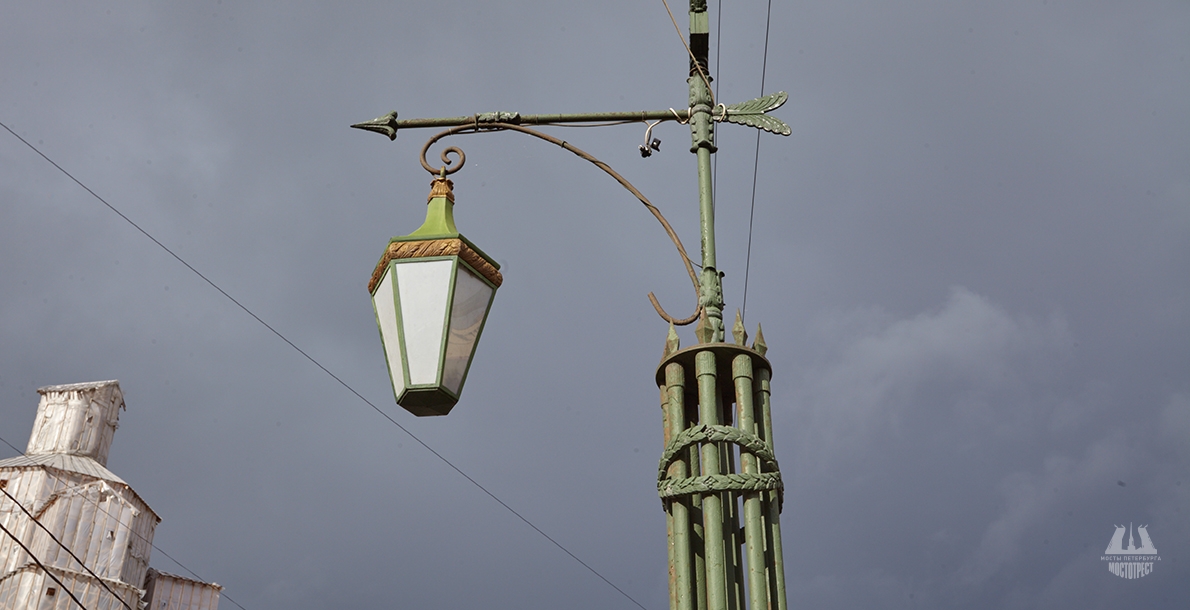 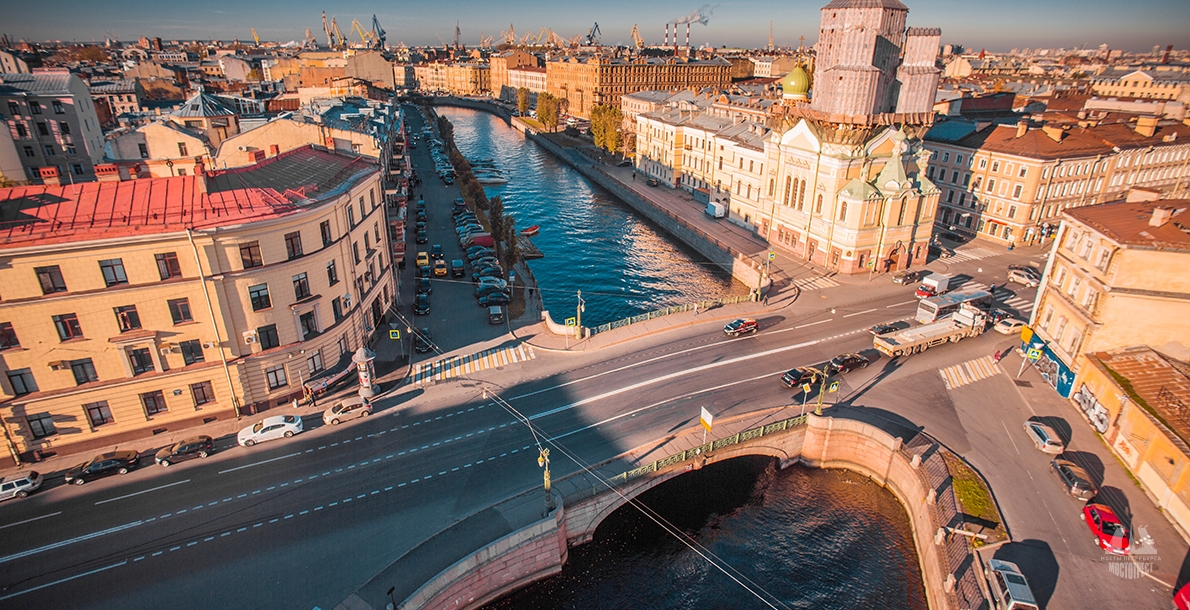 Mogilevsky bridge is located in the alignment of Lermontovsky Prospect. It connects Kolomensky Island and Pokrovsky Island across the Griboyedov Canal in Admiralty District of St. Petersburg.

The bridge derived its name from the old name of one part of Lermontovsky Prospect between the Griboyedov Canal and the Fontanka River which until 1859 was named Gryaznaya (Dirty) Street; and then Mogilevskaya which, in turn, got its name from Mogilev city, Belarus. There existed a rite to give new names mainly after the provincial cities and large rivers.

In 1928 the central span of the three ones of Mogilevsky Bridge was made a draw span, its width was increased to 19 meters. During the Siege of Leningrad, the crossing was completely destroyed by the explosion of an artillery shell.

In 1951-1953, under the project of engineer V.V. Blazhevich and architect S.G. Krasikov, single-span reinforced concrete arched bridge was built. The superstructure is a double-hinged arch, facades of which are lined with granite with keystone. The bridge abutments are reinforced concrete ones on pile foundation, and faced with granite. Cast iron railing with cast iron bollards by the type of the Moyka River embankment are installed on the bridge; stand lamps of bundle of rods simulated under Empire style are installed on abutments; on brackets of stand lams hexagonal lights are suspended by the type of the 2nd Sadovy Bridge which received a closer look of the new life of Mogilevsky Bridge to the architecture of old buildings of St. Petersburg. There is an asphaltic concrete pavement on the bridge.

The sidewalk is separated from the roadway with granite curb. Granite parapet is installed on the abutments.

In Soviet times, Mogilevsky Bridge was not renamed, because the name Lermontovsky has already been given to another bridge – so was named former Novo-Peterhofsky Bridge located at the intersection of Lermontovsky Prospect with the Obvodny Canal.

Next to Mogilevsky Bridge Saint Isidore Holy Church is located.

There are two buildings located with an angle to Mogilevsky Bridge. building No. 22 on the Rimsky-Korsakov Prospect and building No. 133 on the right embankment of the canal. The building of quarters was built by military engineer Pasypkin in the middle of the XIX century. From 1820 until 1917 the Guards Marine crew - the most privileged part of the Russian Navy – were housed there. 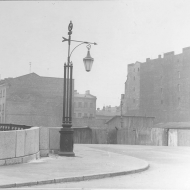 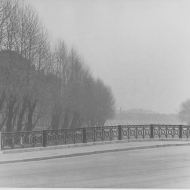 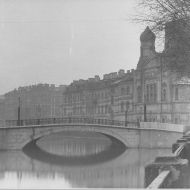