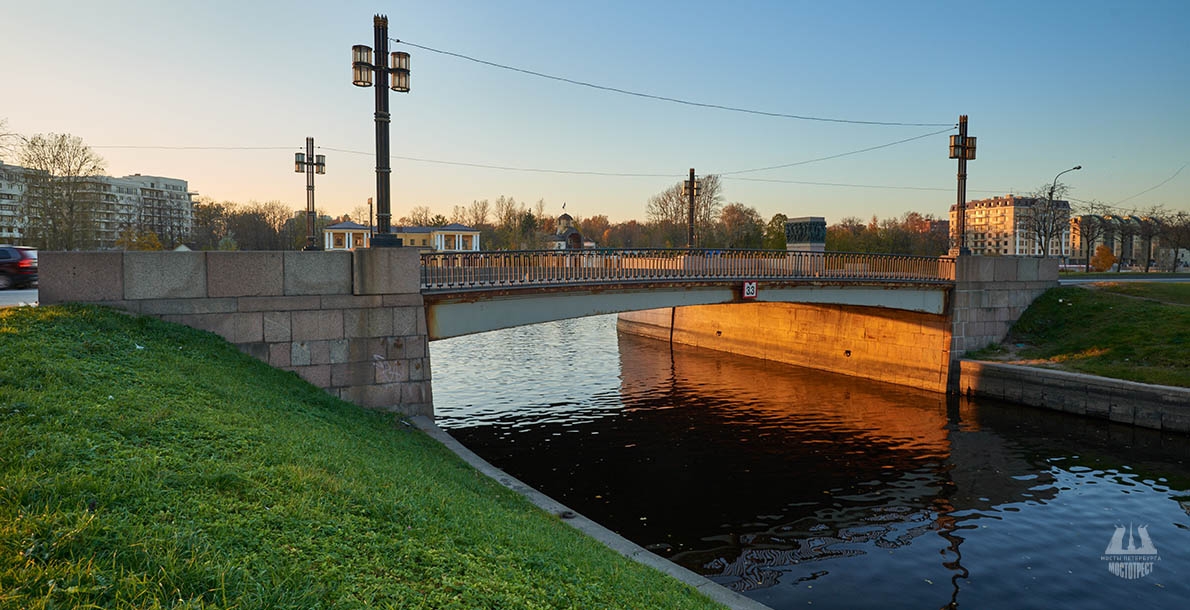 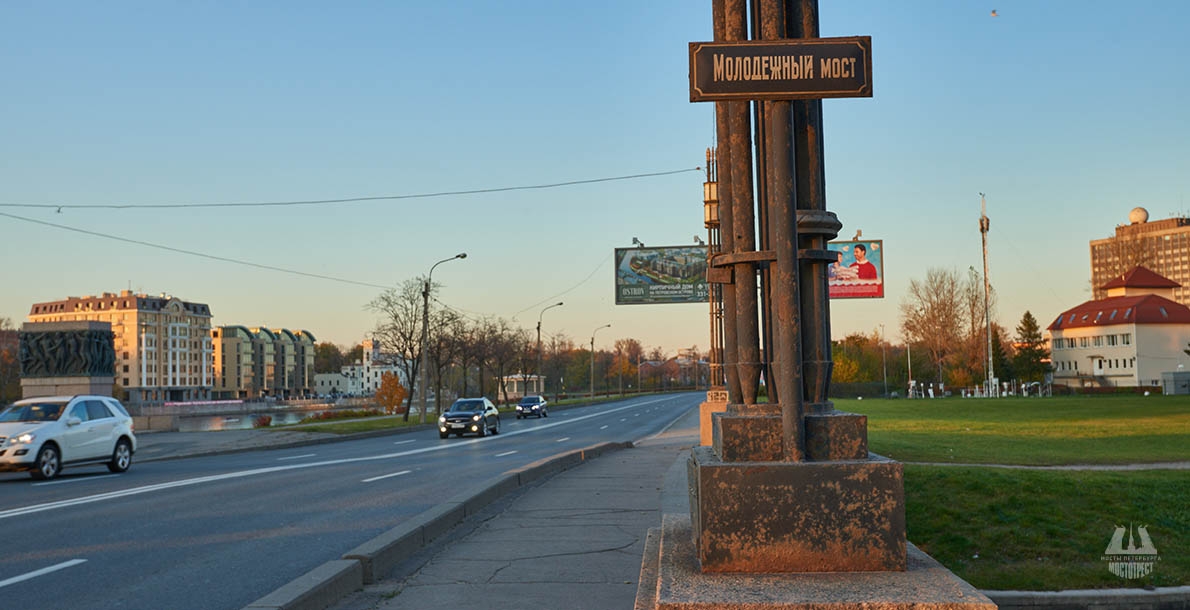 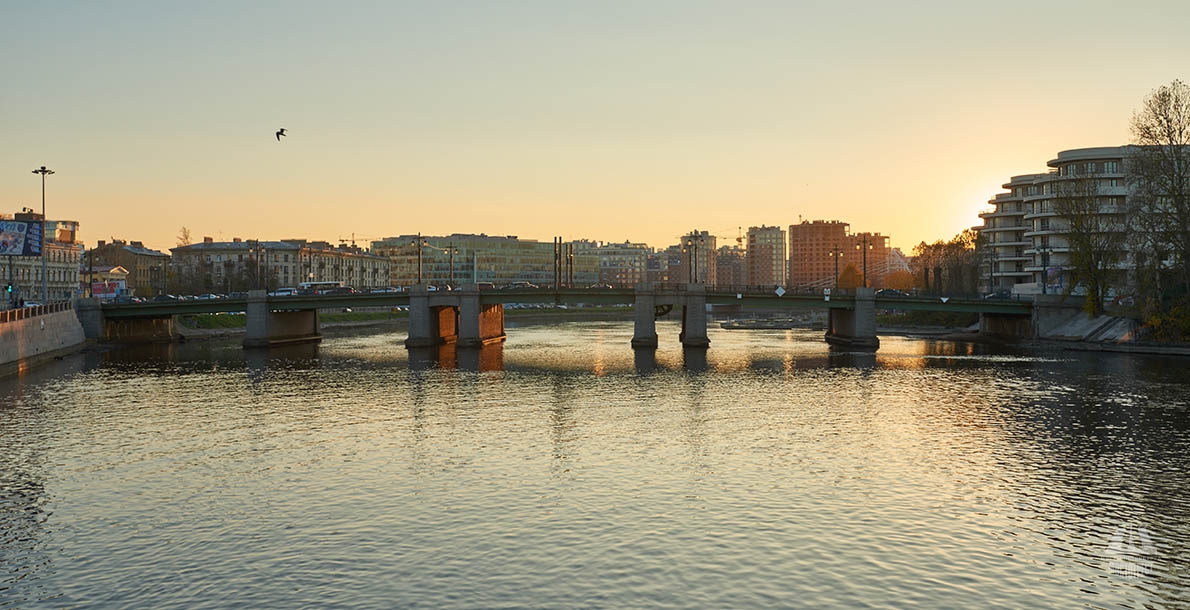 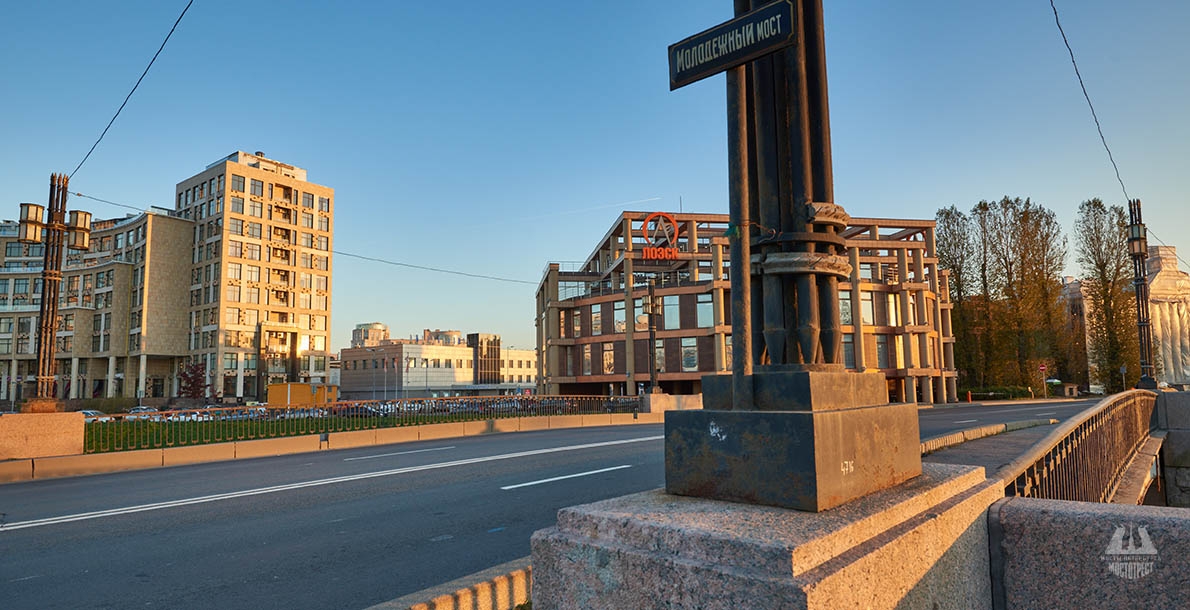 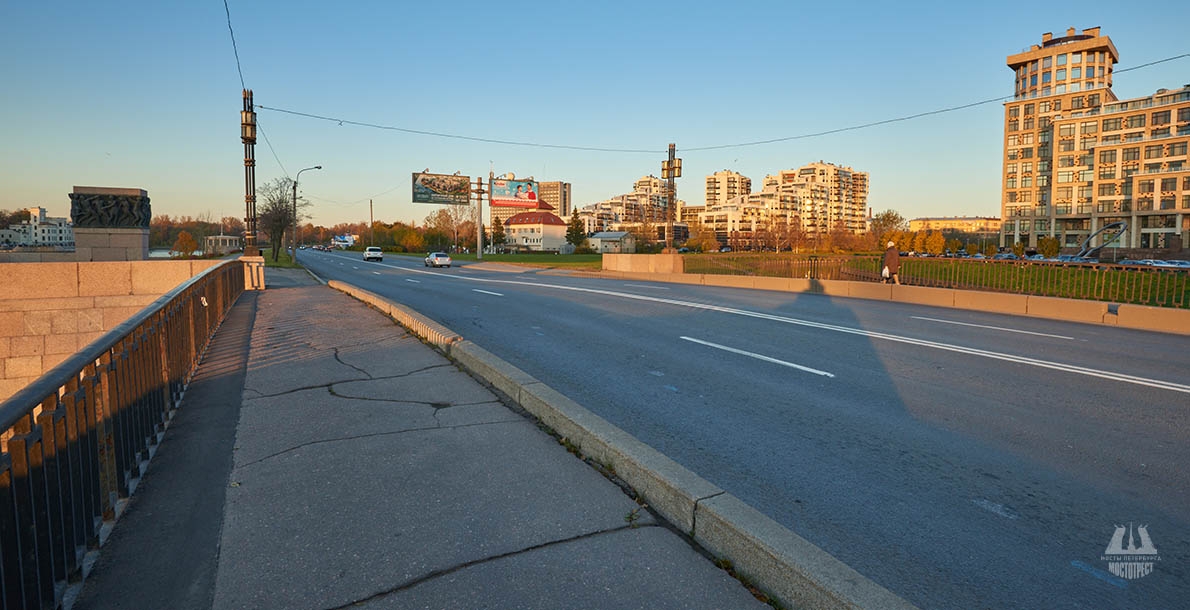 The bridge is constructed in 1975-1976 to create through passage along Admiral Lazarev embankment with exit to Petrov Island in the south. In the end of 1950s a woodyard for trading float timber was located in the mouth of the Karpovka River. It’s most likely that is why the bridge on Pesochnaya embankment can not be constructed earlier, as it could significantly prevent timber floating. Molodyozhny is the youngest of all bridges across the Karpovka River.

In 1976 Leningrad Youth Palace was constructed nearby Pesochnaya embankment. The bridge name and its architecture are connected with youth topics: “Youth is in struggle for peace, in sports, sciences and labour”, which is depicted in bronze bas-relieves installed on the bridge.

The bridge is single-span concrete in the form of three-hinged frame of unified T-section blocks with curved outline of the bottom chord. Superstructure facades are lined with metal sheets. The bridge abutments are massive reinforced concrete ones on pile foundation and faced with granite. The roadway is covered with asphalt concrete pavement; sidewalks – with sand asphalt. The roadway is separated from the sidewalk by granite curb.

Despite minimalism, inherent to Soviet time structures, Molodyozhny Bridge has got its part of decor. Metal railing without pedestal with severe image is installed on the bridge and massive granite pedestals on is ends. Granite parapet is installed on the abutments. The bridge entrances are decorated with four granite obelisks with stand lamps with lanterns. Each six-meter stand lamp consists of eight peaks distributed on metallic pad along the ellipse and linked by five steel slabs-belts decorated with six metallic bands. Each stand lamp bears two lanterns in the form of octagonal prisms connected to stand lamps on horizontal consoles.

Architectural details of stand lamps and lanterns are gold-plated. On the way to the bridge from Pesochnaya embankment side, there is installed a granite stele by Architect V.G. Stamov with bas-relief devoted to youth thematic.