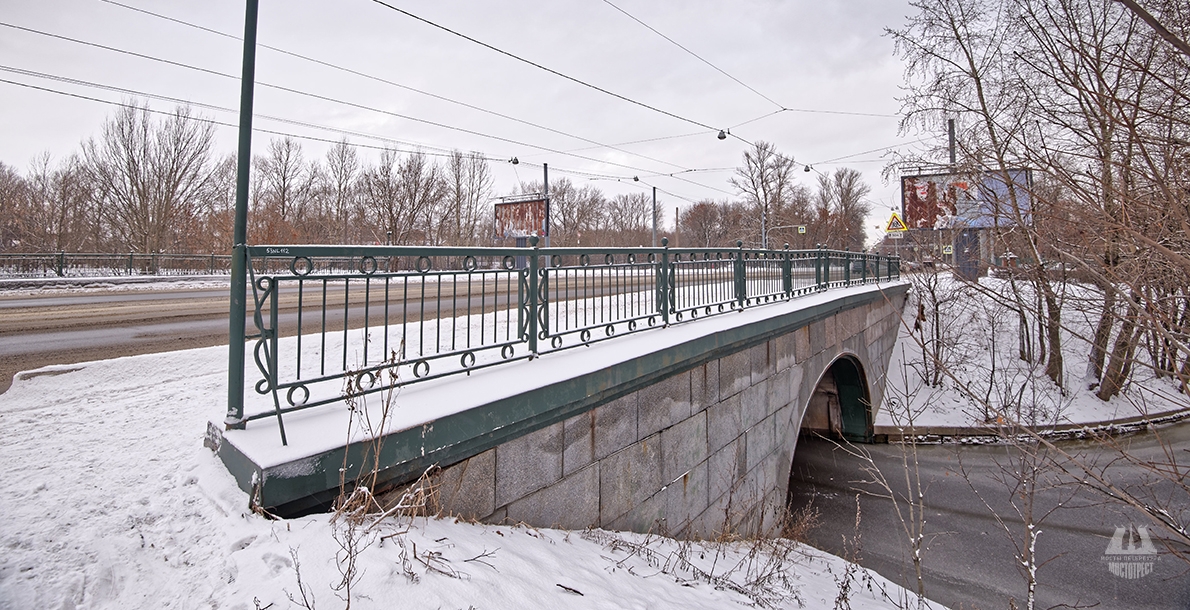 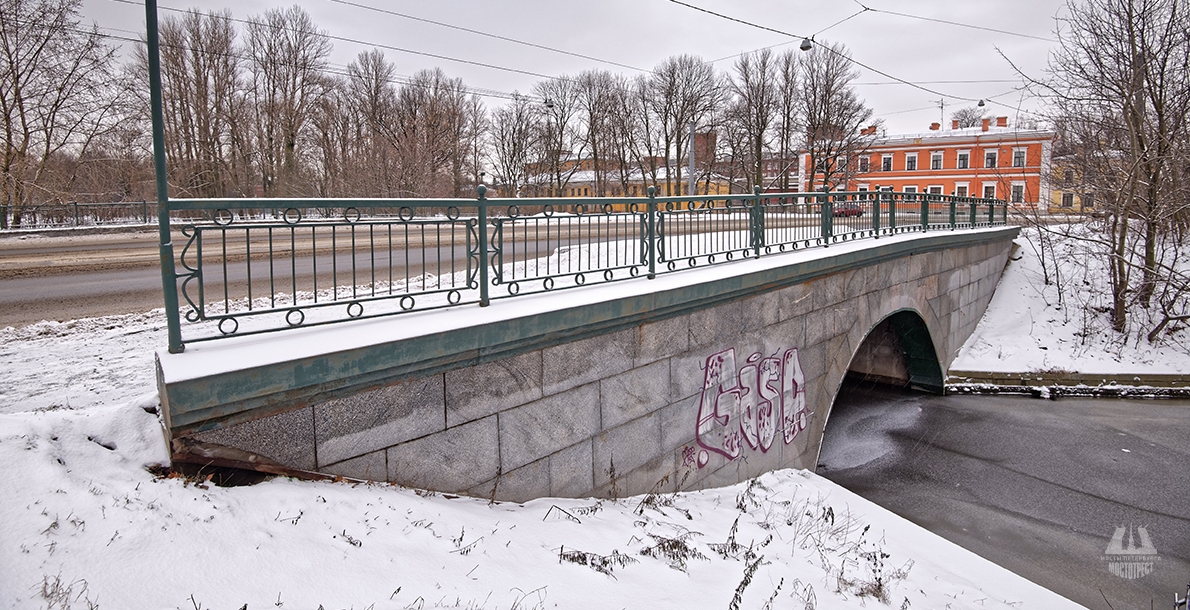 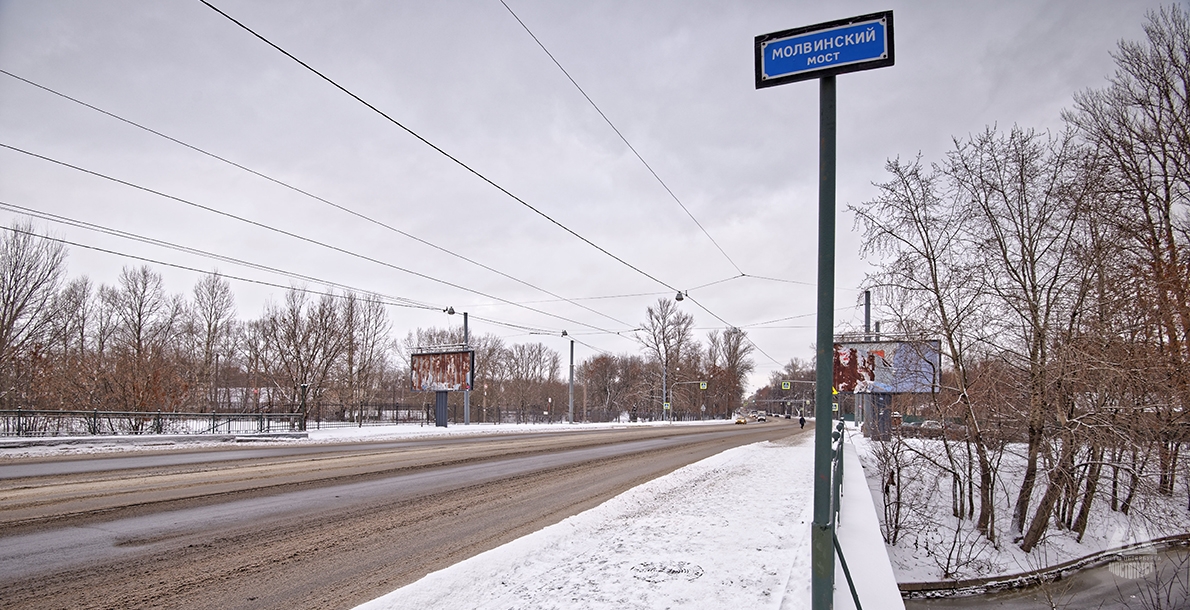 Molvinsky Bridge is a bridge over the Tarakanovka River; it is located in the alignment of Liflyandskaya Street and Kalinin Street (former Volynkina village.). The bridge name comes from the cottage located in the area and owned by merchant Molvo, the owner of vodka distillery and sugar factory in the beginning of the XIX century. He has invested a lot of money in the beautification of the Ekateringof area. At the end of the XVIII century there was a wooden strut-framed bridge.

In 1823, under the project of engineer P.P. Bazen, a wooden three-span arch bridge with stone abutments and hollow cast iron screw piles used as river piers was built. The use of wooden bridges on iron screw piles-supports significantly increased the duration of their life-time, but this Bazen’s idea still not widely used at the time, although the stability of Molvinsky Bridge was confirmed during the catastrophic flood on November 7, 1824; its supports were still in good condition in 1838.

At the beginning of the XIX century, the bridge was rebuilt in a wooden beam one which was repeatedly repaired and rebuilt.

In 1954, under the project of engineer A.D. Gutzeit of Lengiproinzhproject, five-span wooden simple bridge with metal spans, wooden supports, roadway on crossbars with boardwalks and wooden fences was built. The bridge length was 54.2 meters, width - 18.7 meters. The bridge was repaired several times, but to the 1980s it came to the dilapidated state.

The facades are faced with granite slabs. The bridge abutments are massive ones, made of monolithic reinforced concrete on a high-grid pile foundation.

The roadway and tramway are covered with asphalt pavement; sidewalk – with sand asphalt. The roadway is separated from the sidewalk by reinforced concrete kerb stone.

Metal welded railing of a simple pattern with metal bollards (by the type of Sutugin Bridge), but there are no bollards at the ends of the railing. The slope angle of the bridge is 75'30.