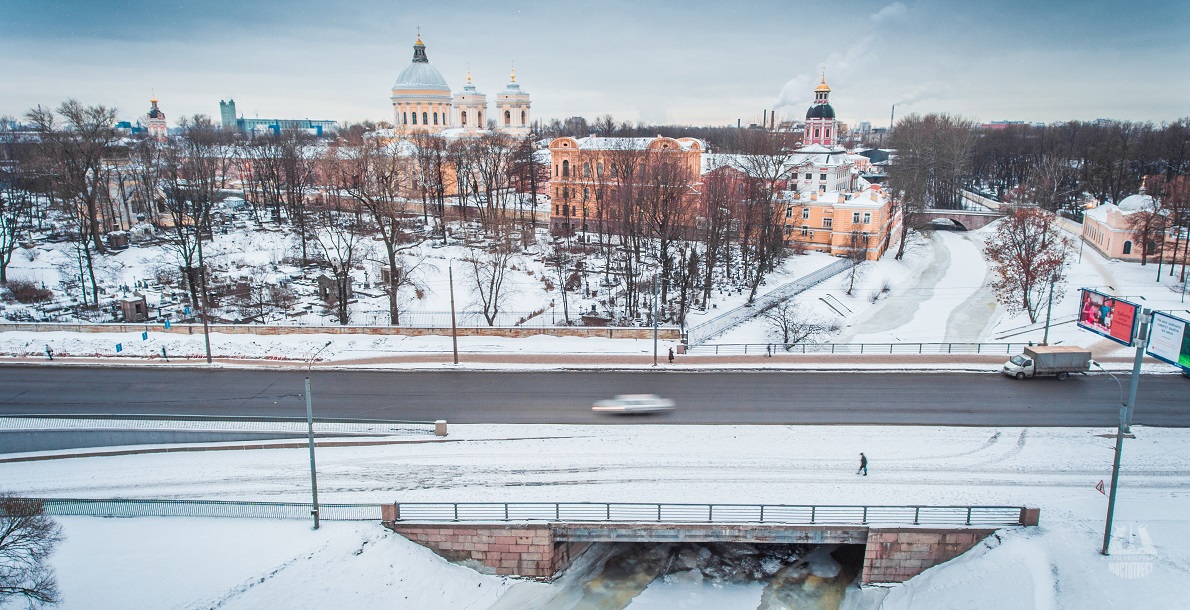 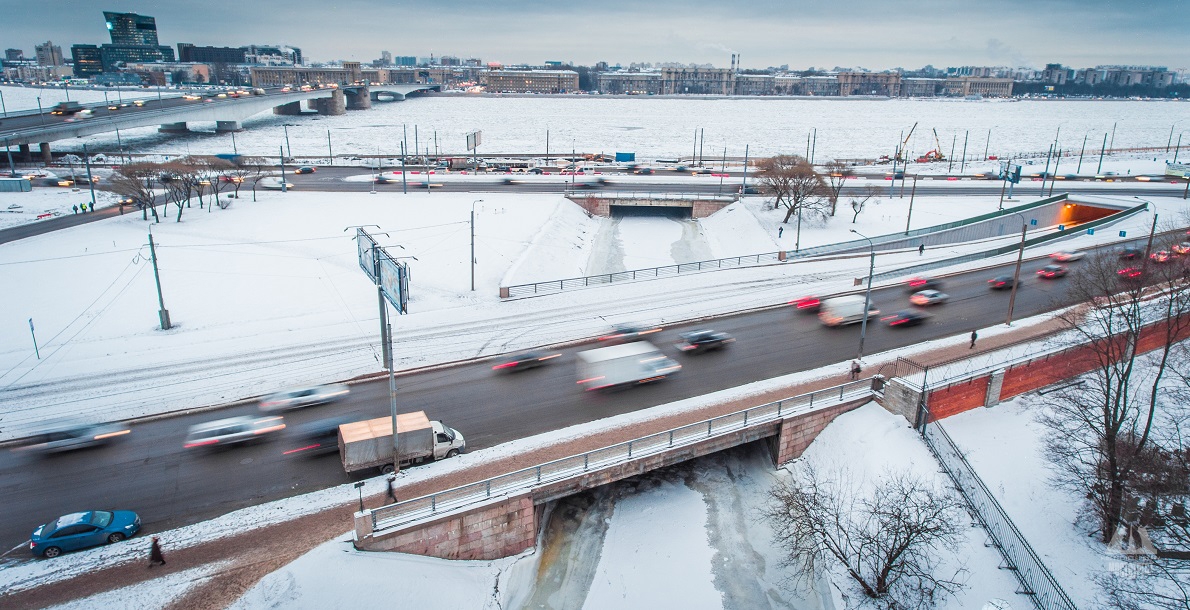 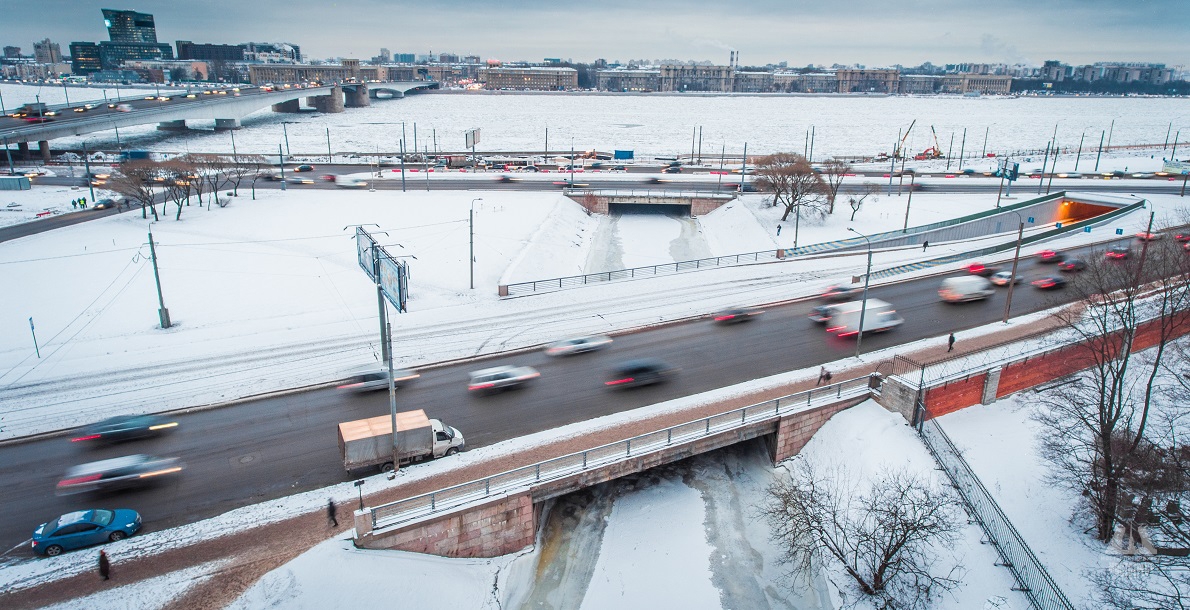 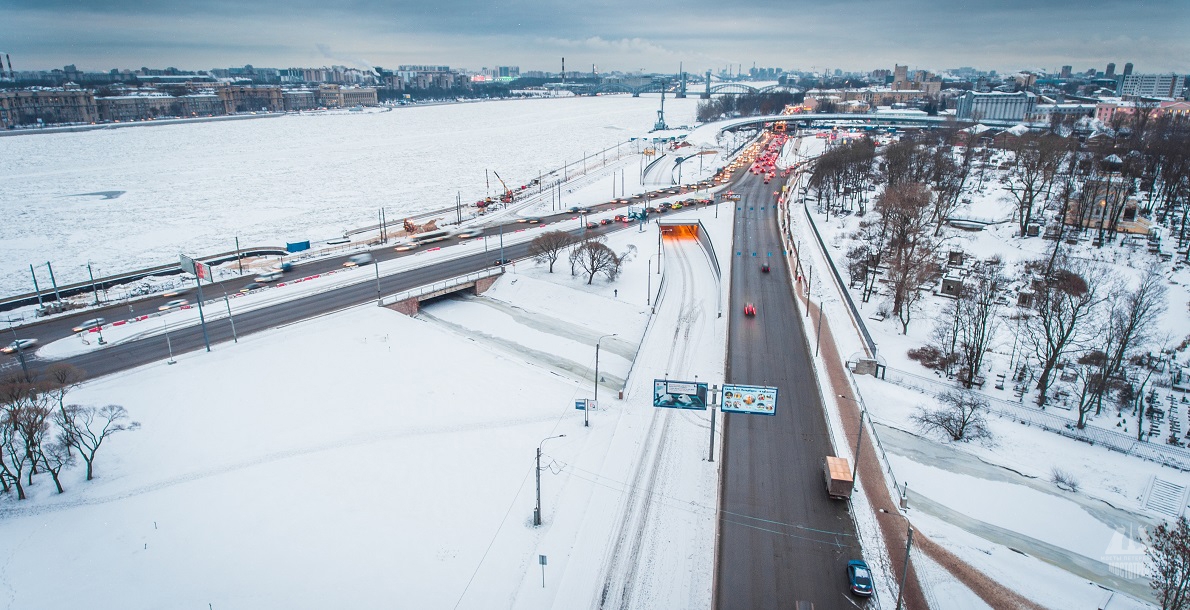 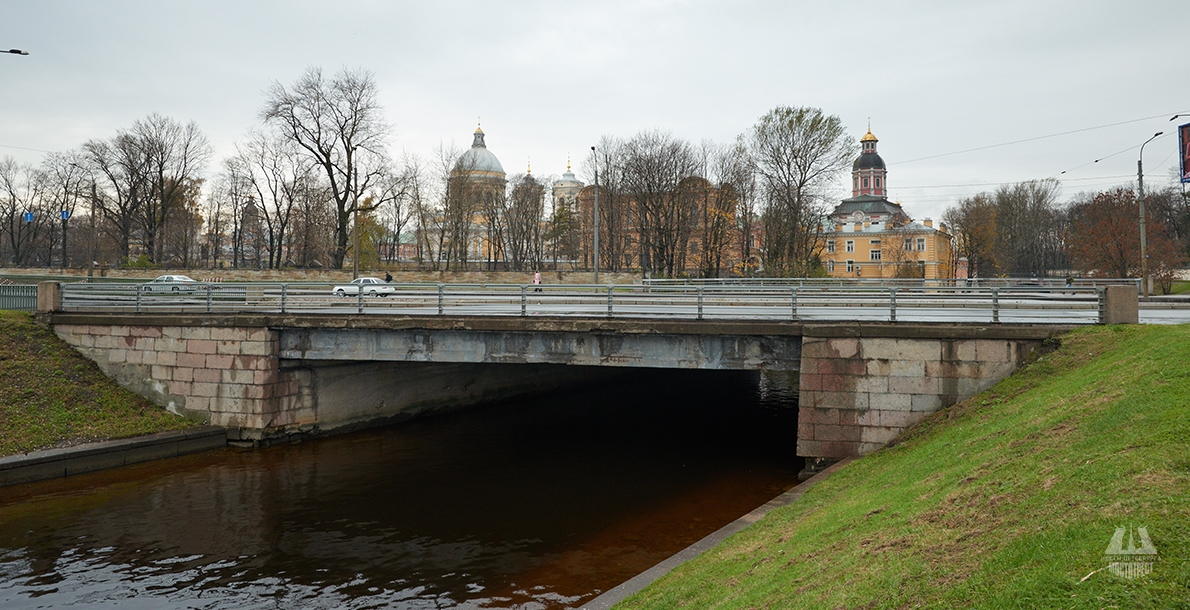 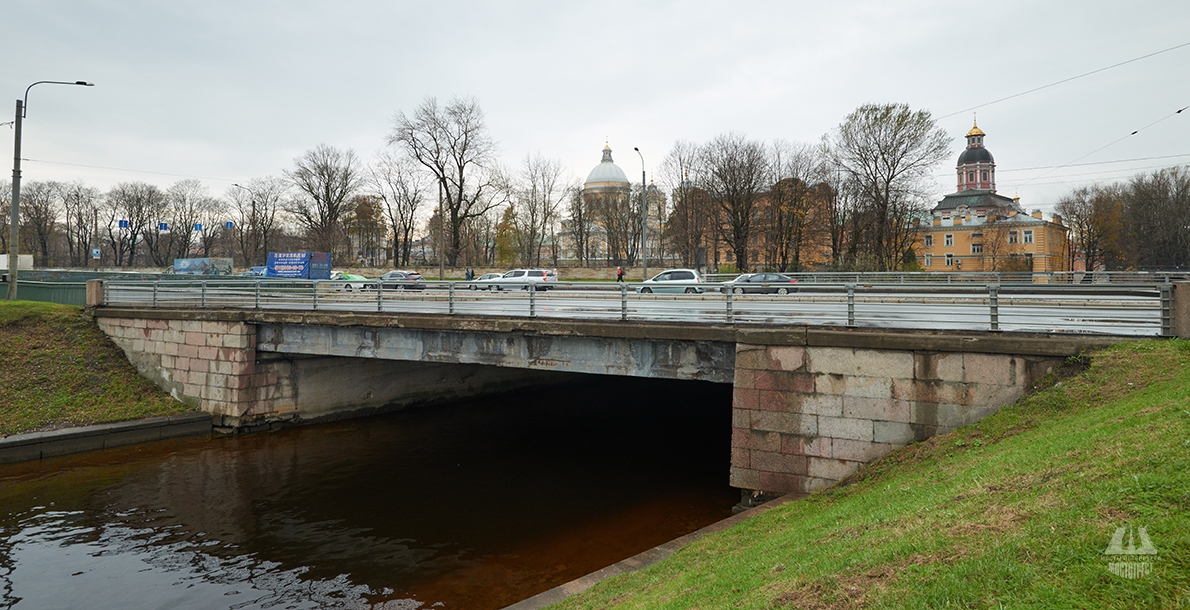 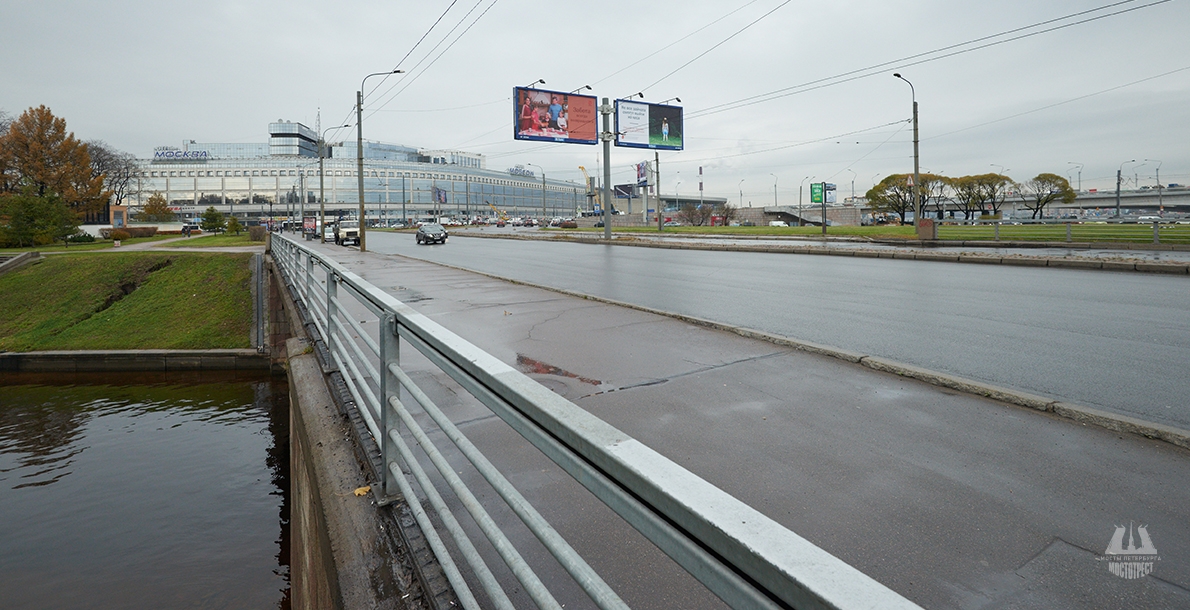 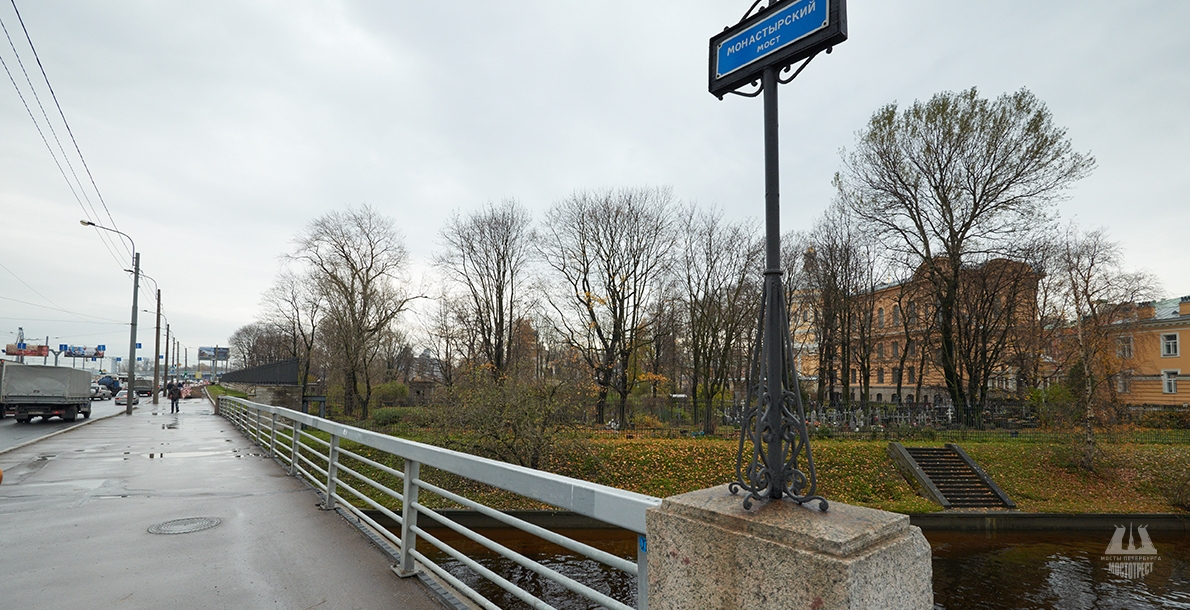 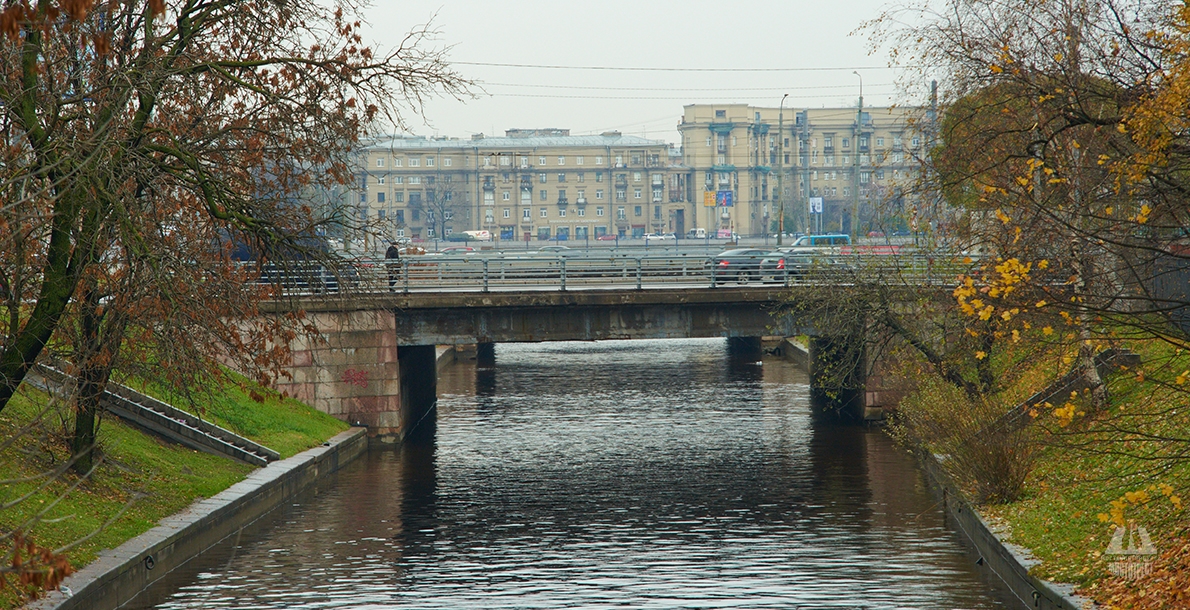 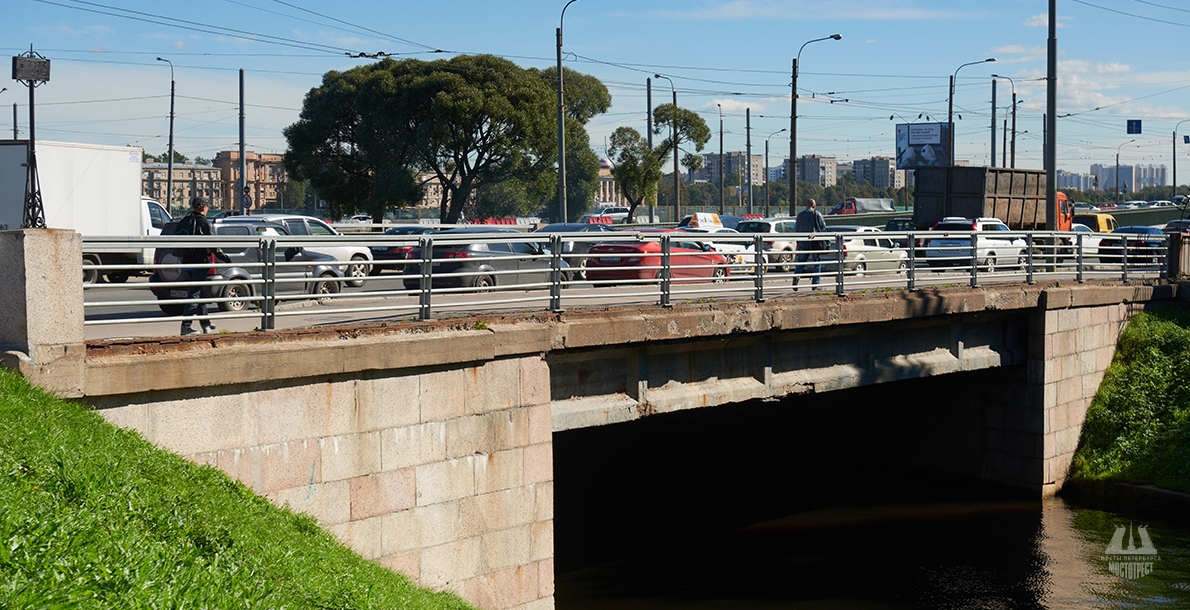 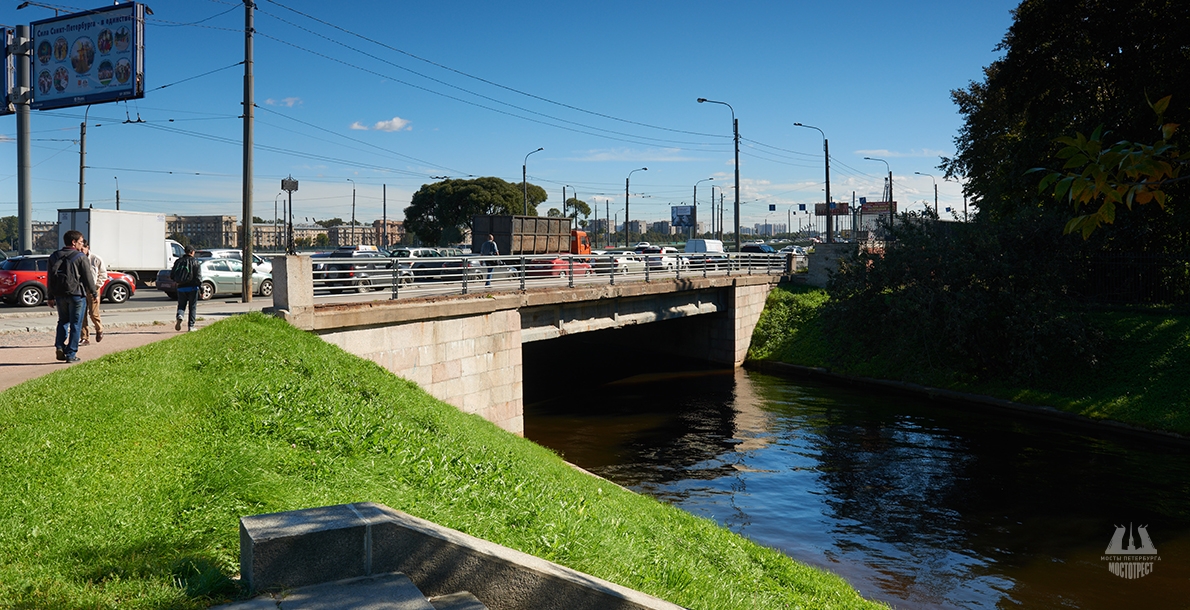 Monsatyrsky Bridge (former Alexander Nevsky in 1828, Alexanrovsky in 1836-1862, Blagoveschensky in 1851-1873) is a bridge across the Monastyrka River in Central District of Saint-Petersburg; it connects Bezymyanny and Monastyrsky Islands.

The first bridge was constructed here in 1821. It was a wooden arch bridge made of boards and first called Blagoveschensky. Abutments are made of quarry stone. The bridge was repaired several times.

In 1887 wooden arches were replaced with oak posts. One way for steam horse car was laid along the bridge. In 1887, the bridge got the name Monstyrsky.

In 1914 the bridge structure was investigated and it was found that wooden arches needed replacement. That time they were only straightened; this helped but not for a long time.

In 1926 the bridge was reconstructed to single-span concrete arch one. The bridge length was 34.9 meters and width 25.3 meters.

In 1960 Alexander Nevsky Bridge and tunnel passage construction has started nearby. The square transformed simultaneously. When in 1964 it was decided to restore Monastyrsky Bridge to life, it was constructed a bit downstream.

The bridge reconstructed as single-span concrete simple bridge. The superstructure consists of constant-height standard concrete beams interconnected by lateral diaphragms. The abutments are massive ones, made of monolithic reinforced concrete on pile foundation and faced with granite. Low concrete retaining wall with slope adjoins to abutments. The roadway is covered with asphalt concrete pavement; sidewalks – with sand asphalt. The sidewalk is separated from the roadway with granite curb.

Metallic piled railing with granite pedestals is installed on the bridge. Railing serves as the bridge decoration.