The bridge near Olgin pond 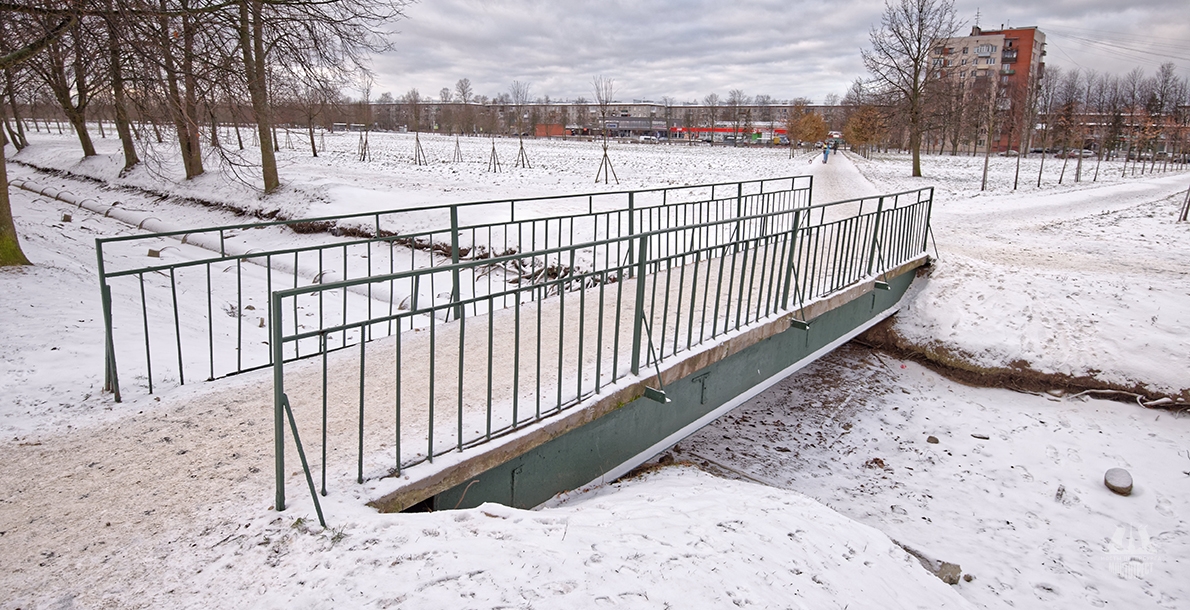 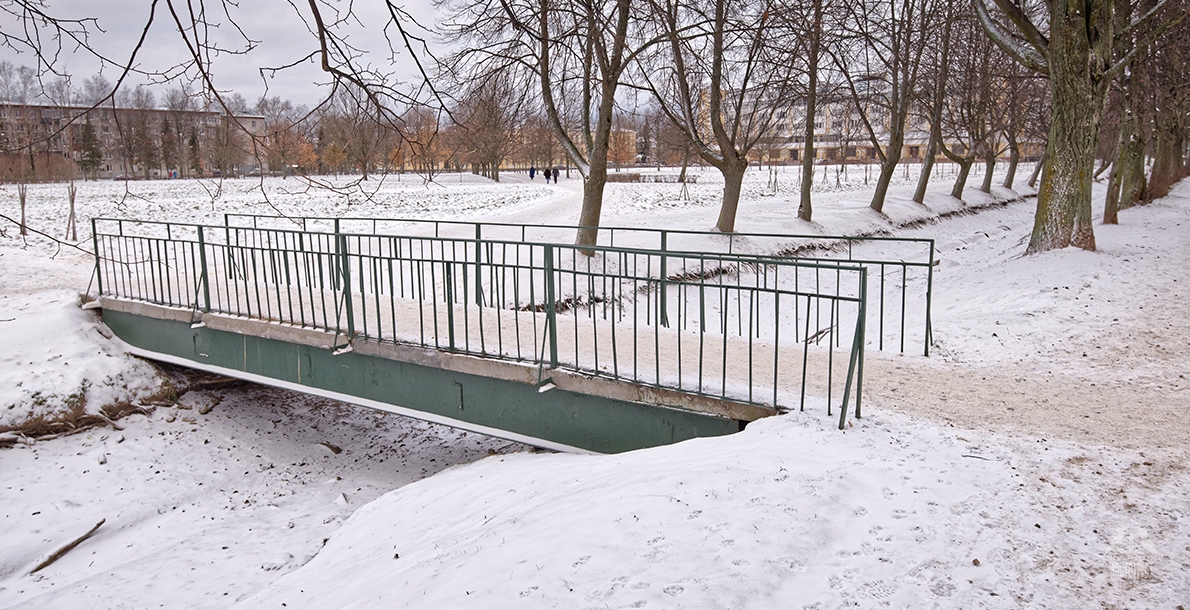 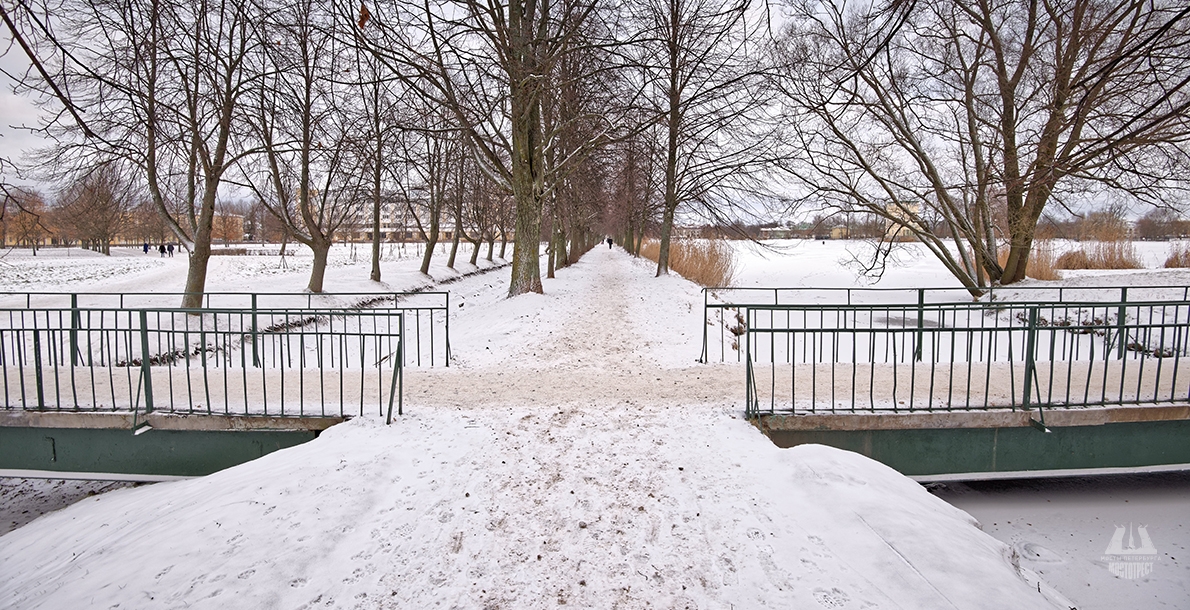 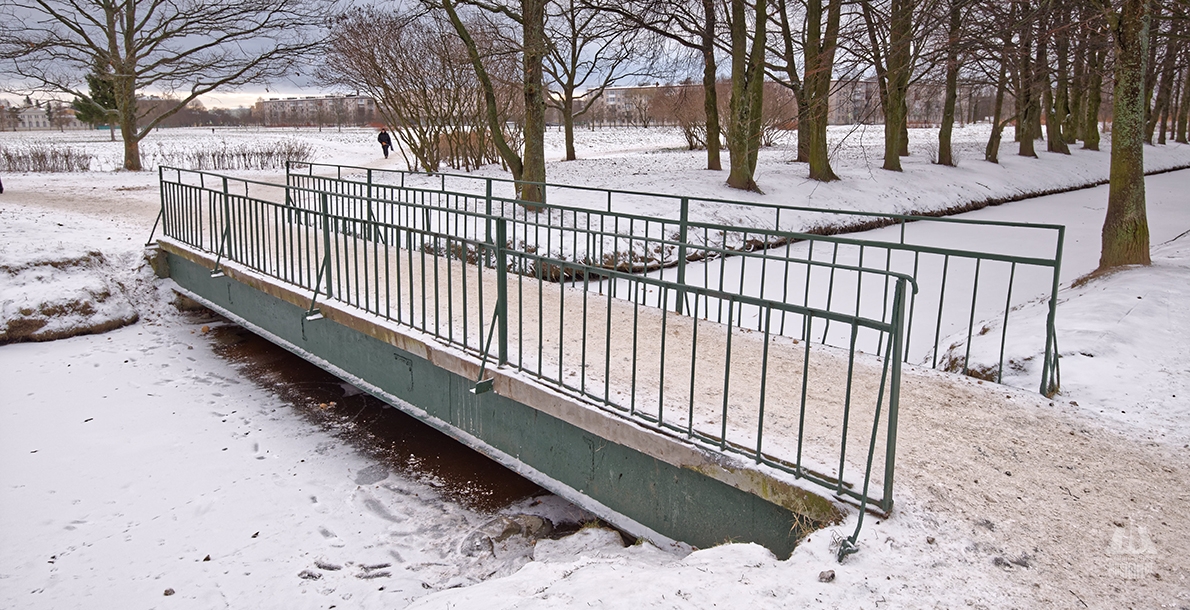 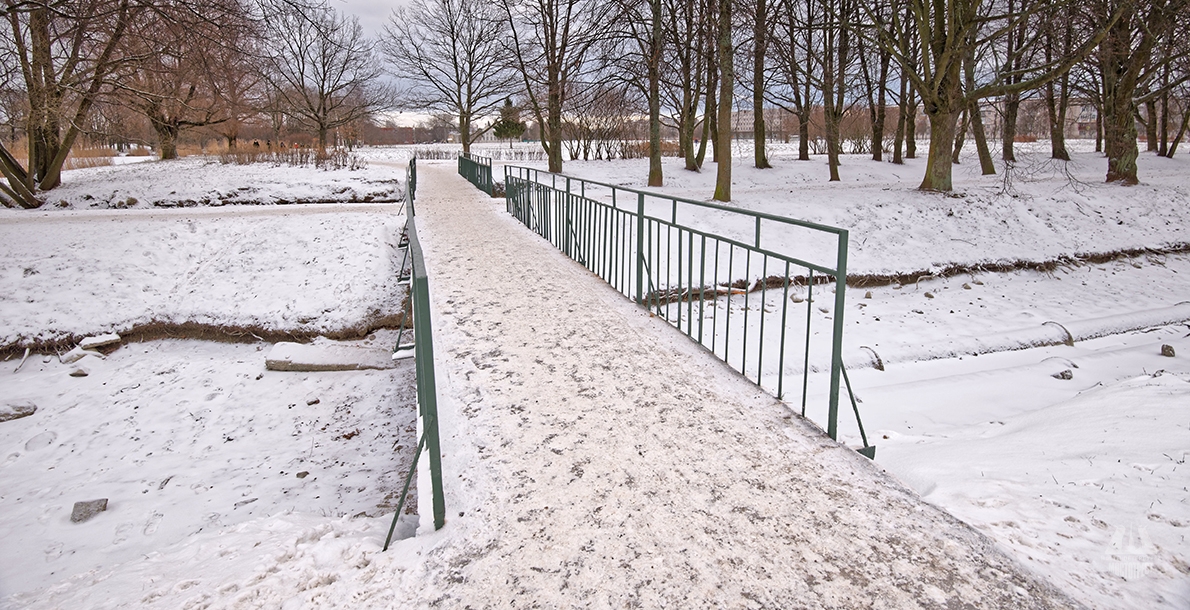 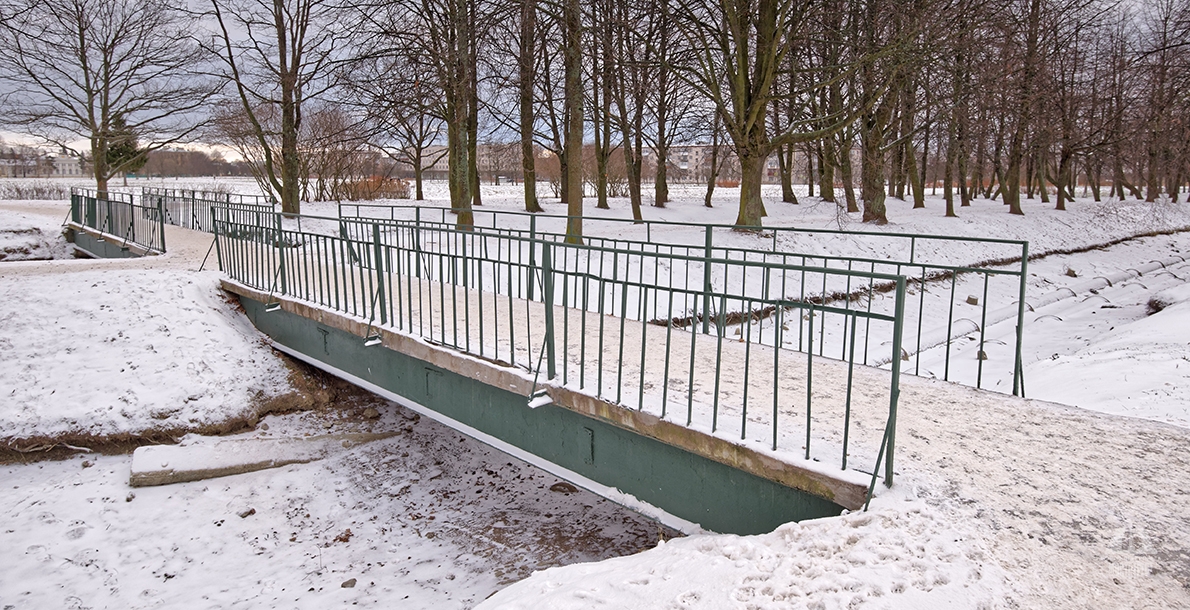 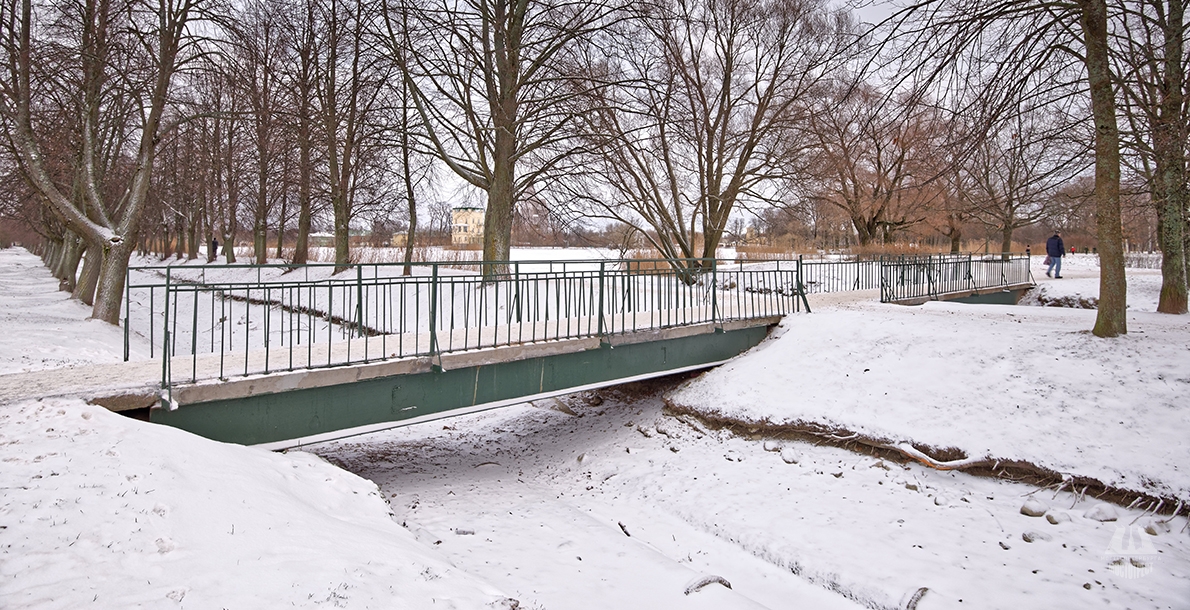 The bridge over the Samsonievsky Canal is located near Olgin Pond in Peterhof. This is a single-span metal beam structure with metal welded railings. The sidewalk is made of reinforced concrete slabs.

The bridge is located in the vicinity of the south-western part of Olgin Pond and provides a passage through the territory of Kolonistsky Park in the area bounded by Razvodnaya Street and Borodacheva Street.

The bridge was built in 1982 by the efforts of Lenmosttrest SSBEE. The project documents were developed by the design department of Lenmosttrest. The temporary bridge crossing was at the place before.

Olgin Pond in Kolonistsky Park of Peterhof is an architectural monument of federal importance. The Olginsky Canal connects it to the upstream ponds that feed the water both to Olgin pond and the Peterhof fountains.