The Bridge near to Pavilion at Kamennoostrovsky Bridge 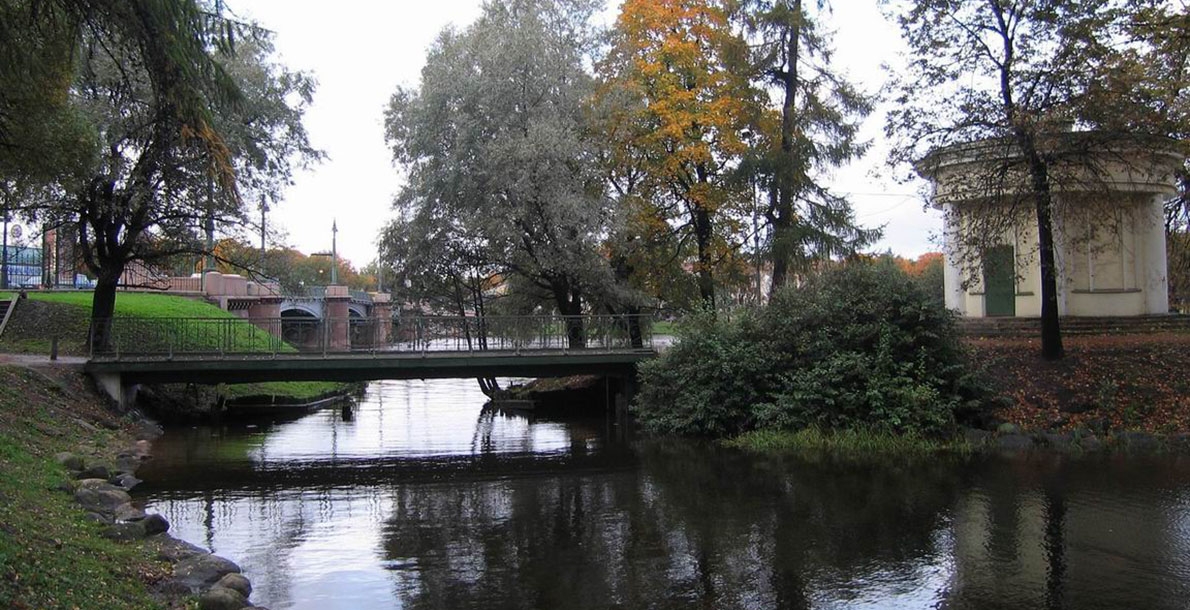 The Bridge near to Pavilion at Kamennoostrovsky Bridge is located on Aptekarsky Island at the entrance to Lopukhinsky Garden.

Lopukhinsky garden is a monument of architecture and history of regional importance; it is located on the odd side of Kamennoostrovsky Prospect between Akademik Pavlov Street and the Malaya Nevka River. The garden area is 5.7 hectares. From 1926 to 1991 the garden was named after F.E. Dzerzhinsky. In 1930 a monument was installed there (sculptor A.V. Kryzhanovskaya) which was dismantled already in 1993, two years after the garden renaming as Lopukhinsky Garden.

In the early 1990s the restoration of the garden landscape planning, repair of terrace, granite slopes and fences under the project of L.A. Hangu took place. In February, 2014 extensive repairs began in the garden which lasted until August 2015. During repair lawns, paths, benches, urns were renewed and the inner pond was cleared of sediment.

The pavilion for the maintenance and protection of Kamennoostrovsky Bridge built in 1955 was built in Lopukhinsky Garden and separated from the bridge by internal flow extending from the inner pond and flowing to the Malaya Nevka River. Across this flow, under the project of engineers V.A. Tyukhtin and N.V. Archakov of Lenmosttrest TD, a single-span wooden footbridge was built in 1955.

The superstructure consisted of metal I-beams. The bridge abutments are on wooden piles with retaining walls. The covering is wooden one on wooden crossbars. The railings are metal welded ones with architectural decoration. The bridge was built by efforts of Lenmosttrest Construction Department.

In 1967 repair works with preservation of the existing structure were performed on the bridge. In 1970 due to the flood the span on the right bank was extended with a wooden stringer.

In 1994 the repair of the crossing took place during which the retaining wall was increased using monolithic concrete.