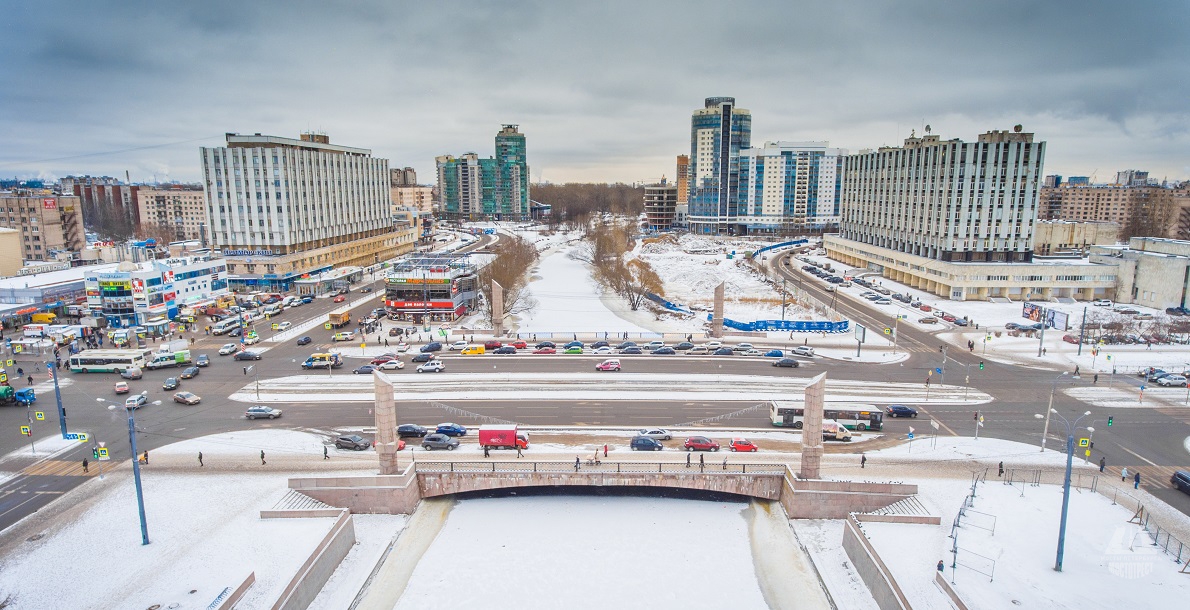 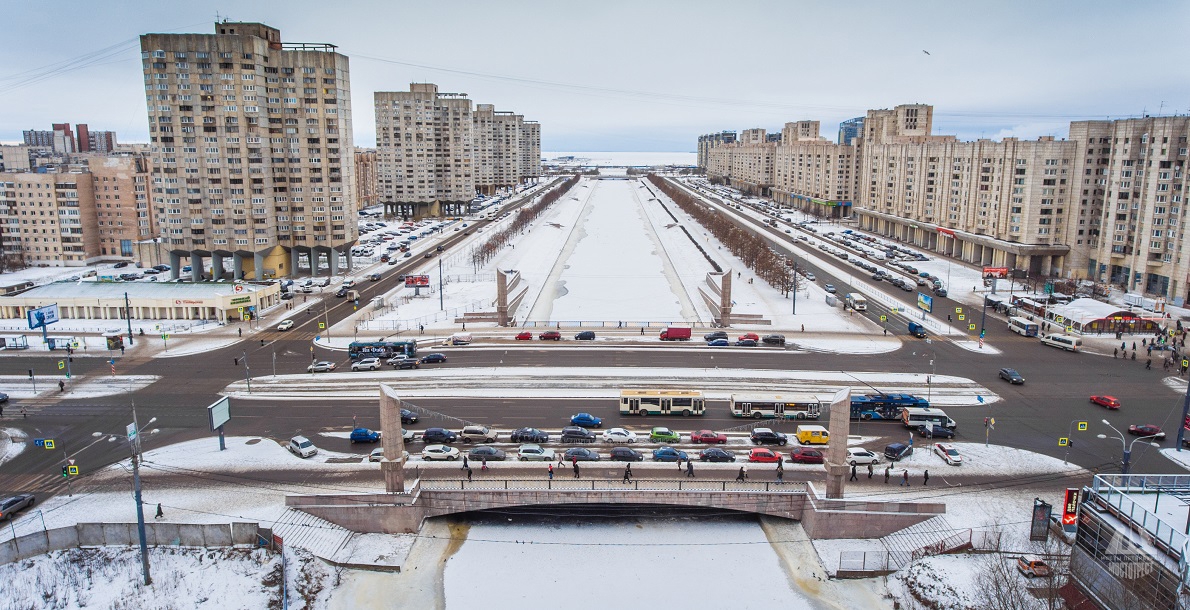 The bridge is constructed in 1975, when residential construction, connected to the city marine facade formation, has widely developed on Dekabristov Island. This increased traffic intensity and created a problem of new roadway creation with new bridge crossings.

The bridge is single-span concrete frame bridge with longitudinally-movable hinge in the middle part. Collar beams are made of precast unified reinforced concrete blocks and have a curved shape of the bottom chords. So called frame “legs” are constructed of monolithic reinforced concrete.

Concrete slab of the roadway forms the superstructure. The roadway is covered with asphalt concrete pavement; sidewalks – with sand asphalt. Tram deck is in the middle of the bridge. On the bridge abutments are massive reinforced concrete obelisks faced with granite. The bridge railing is metallic. The roadway is separated from the curb by granite kerb stone.

In 2005 Nalichny Bridge was thoroughly repaired, because earlier, in 2003-2005, the citizens and the city guests have observed big sagging of bridge structure in the middle.

Nalichny Bridge and Korablestroiteley Bridge are interconnected with Novosmolenskaya embankment, one of the most favourite walking places for local inhabitants. Also, the famous fowl’s leg houses, the symbol of the western part of Vasilyevsky Island in 1970-1980s, are located along the embankment.