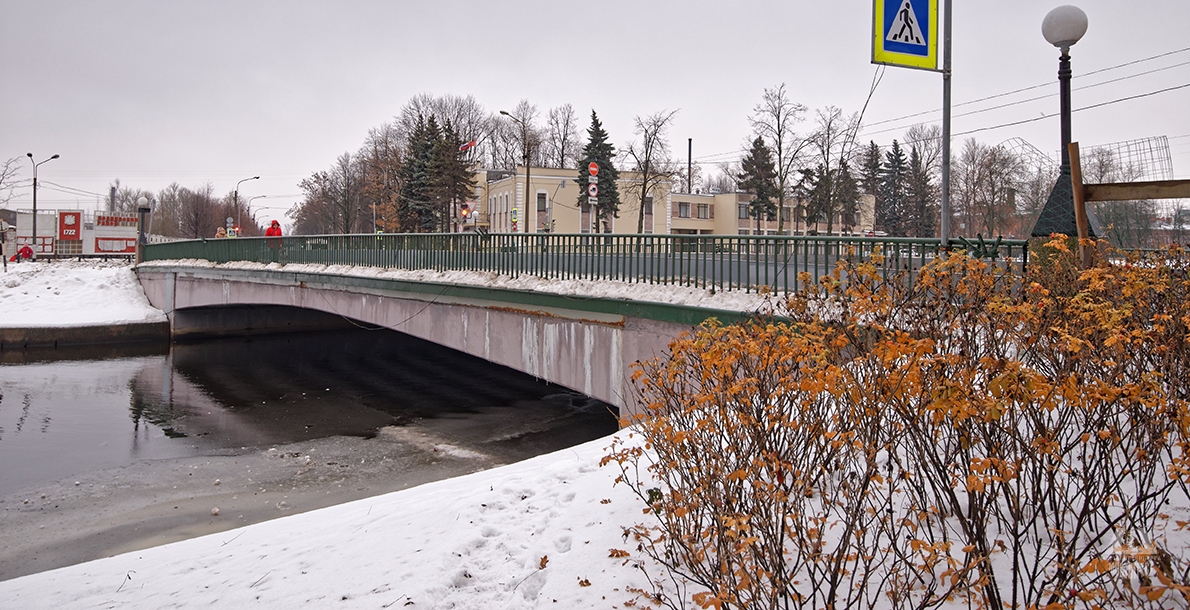 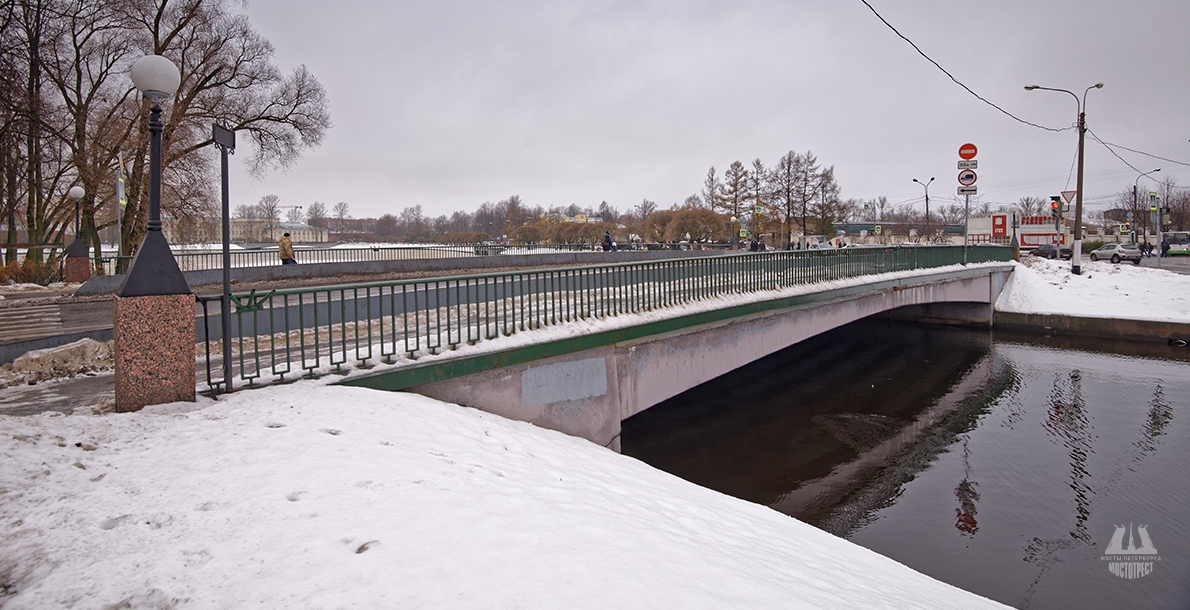 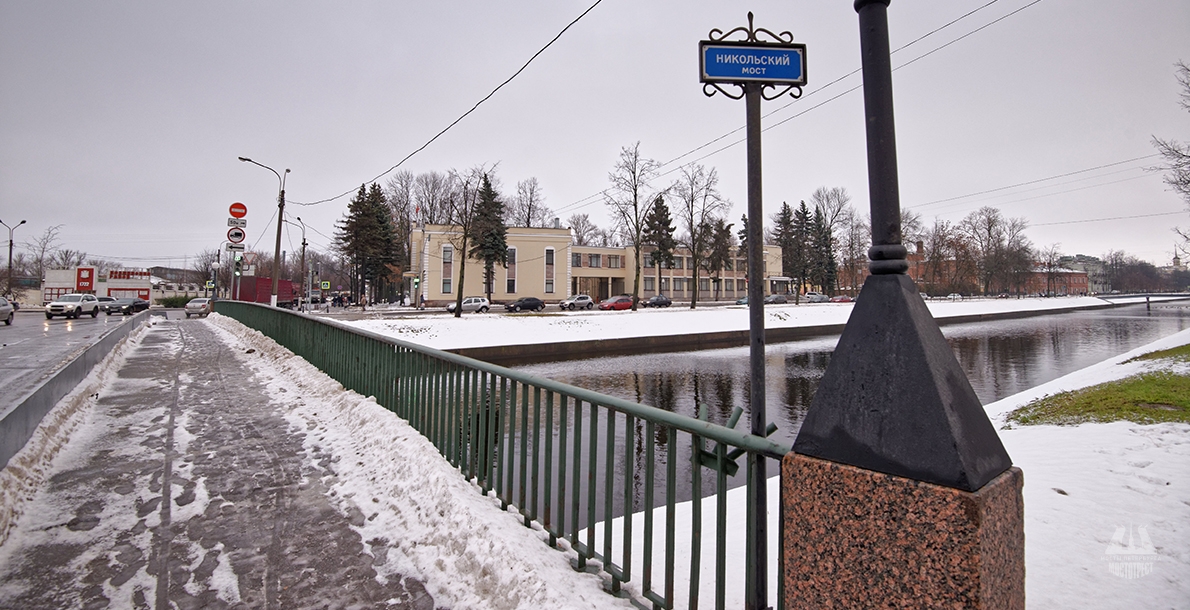 Nikolsky Bridge is located in Kolpino, Kolpinsky District of St. Petersburg. It spans the Komsomolsky Canal in the alignment of Uritsky Street and Krasnaya Street.

The roadway and the sidewalks are covered by asphalt concrete. The reinforced concrete curbs are installed on the bridge. There are metal railings and granite bollards fixed on the ends.

The bridge was originally built on this site in 1958 by the efforts of the SU-1 of Trust Lenmostostroy according to the documentation developed by the Lengiproinzhproject Institute (the author – A.D. Gutzeit).

Initially, it was a three-span simple bridge with metal longitudinal I-beams on the wooden pile foundations and abutments of stone masonry.

In 1978 the bridge was dismantled and by the efforts of the SU-2 of Trust Lenmostostroy according to the documentation drawn up by Lengiproinzhproject (author – B.E. Dworkin) the construction of the new vehicle bridge began.

The construction was carried out by order of the Road Maintenance Facility of Kolpinsky District, and was completed in the middle of the 1980s.

The modern name was assigned to the bridge in 2012 from the old name of Krasnaya Street – Nikolskaya Street.