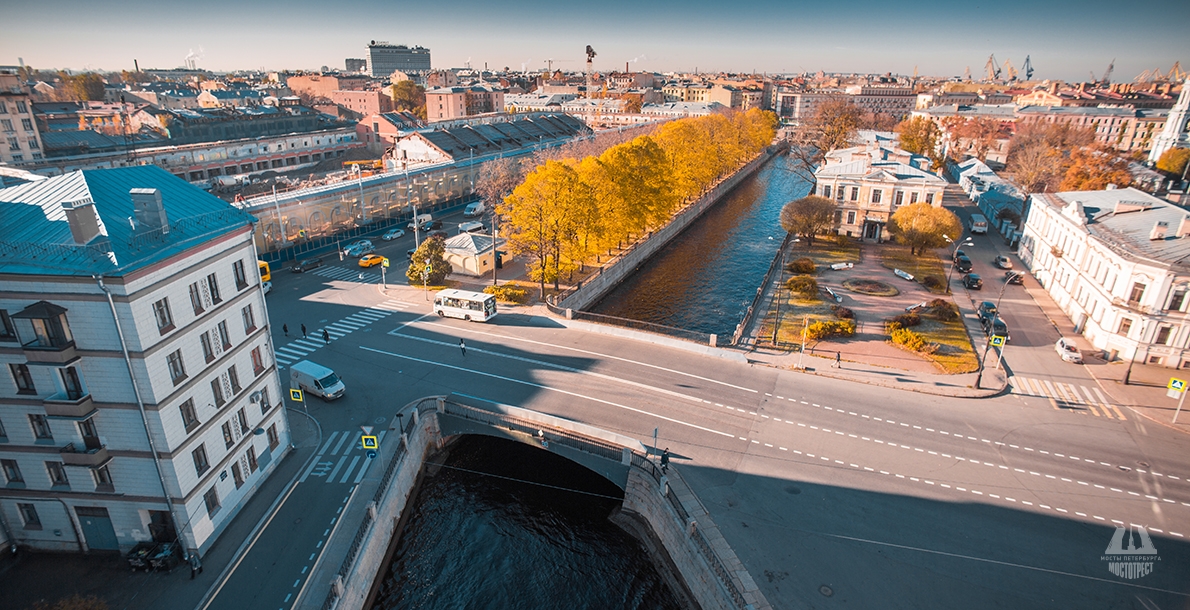 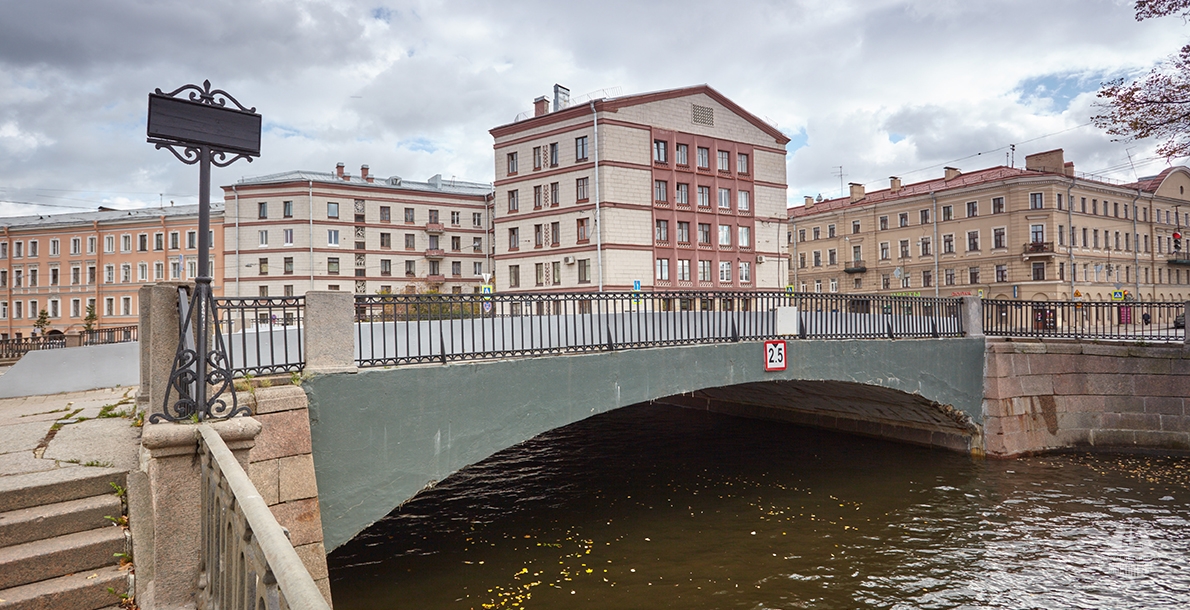 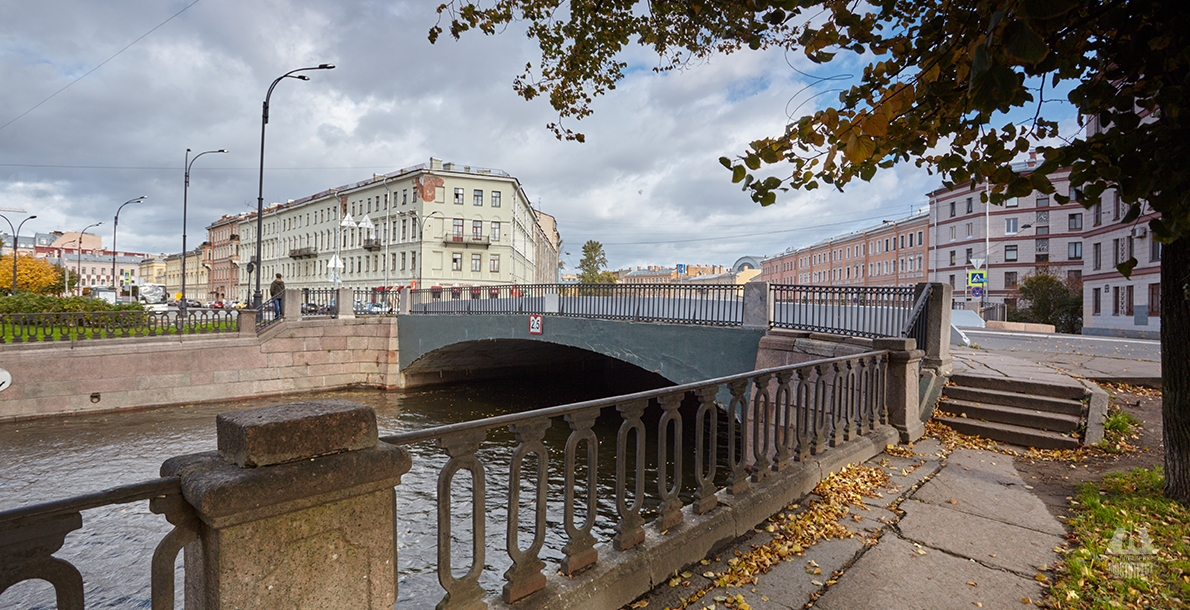 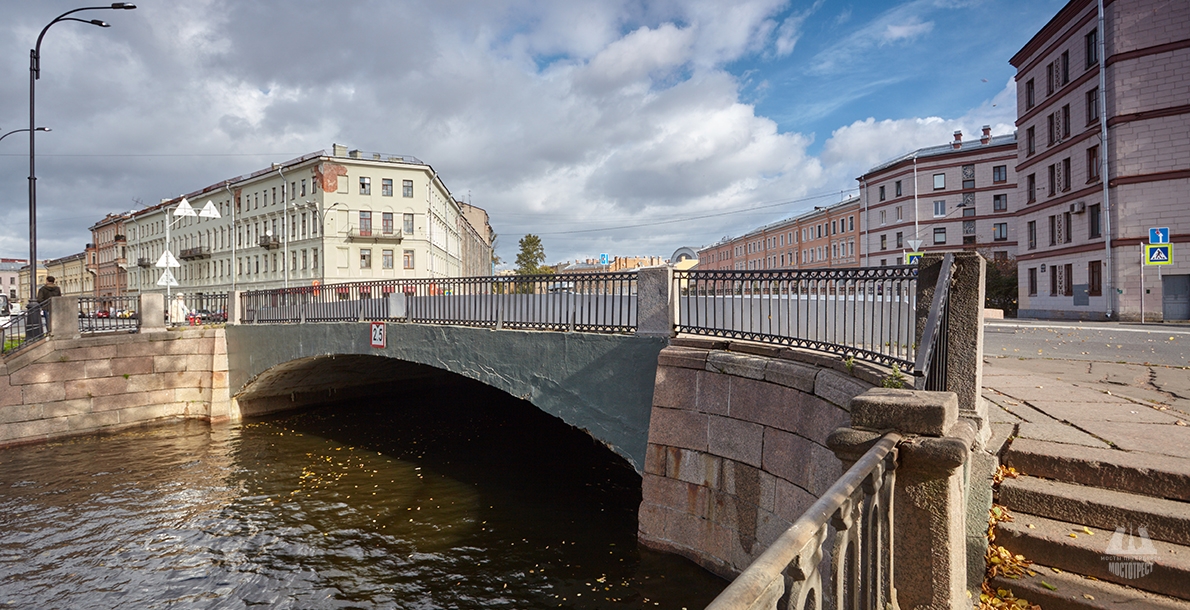 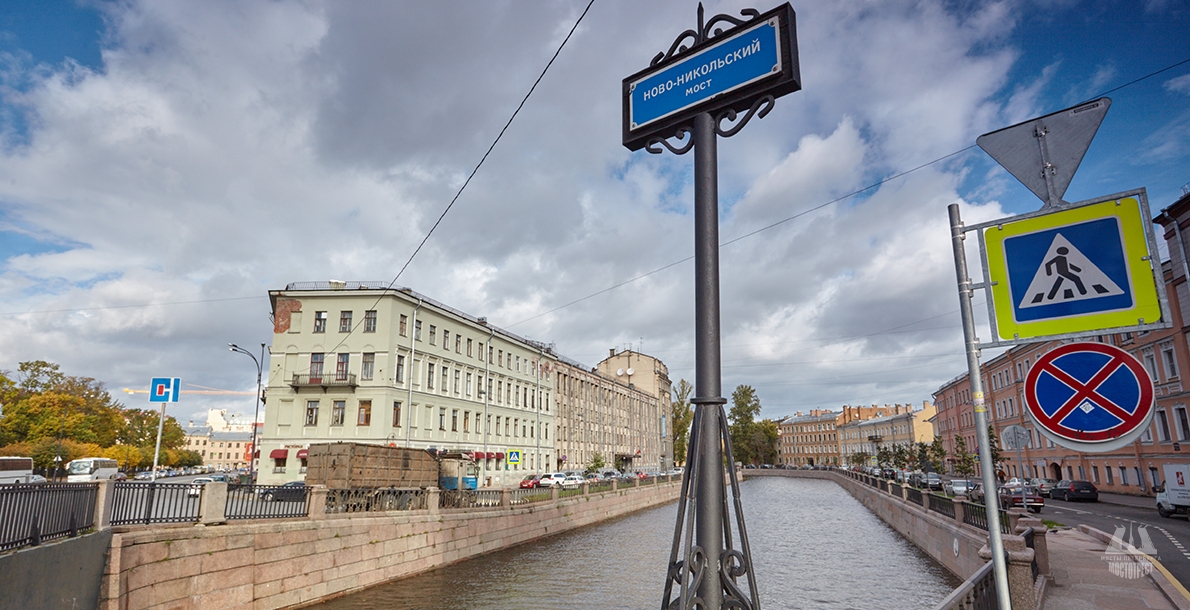 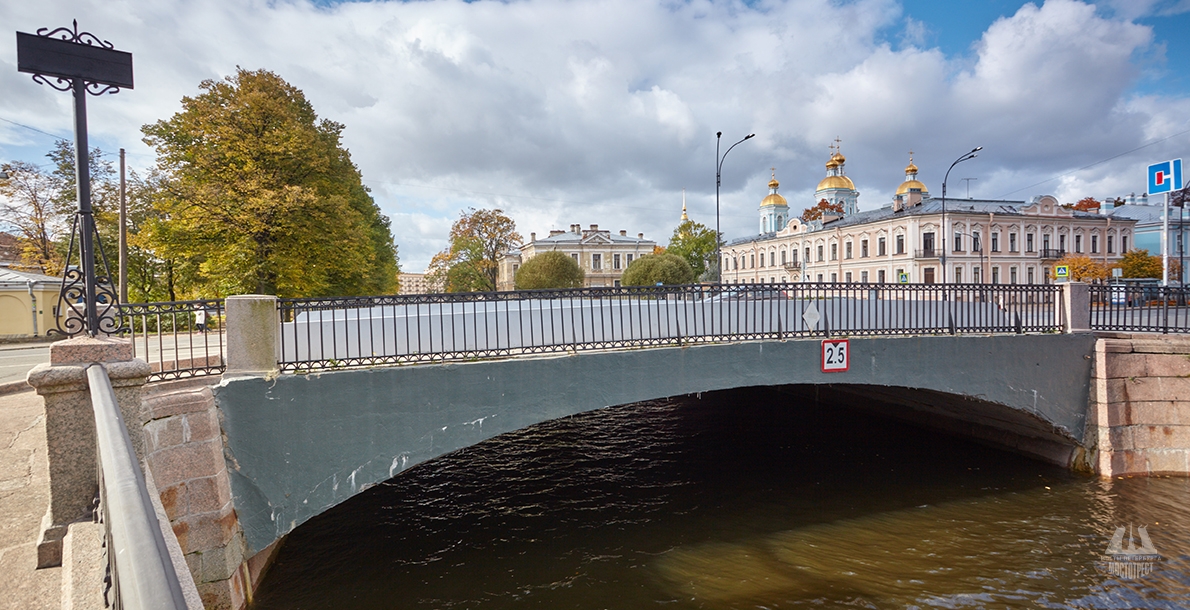 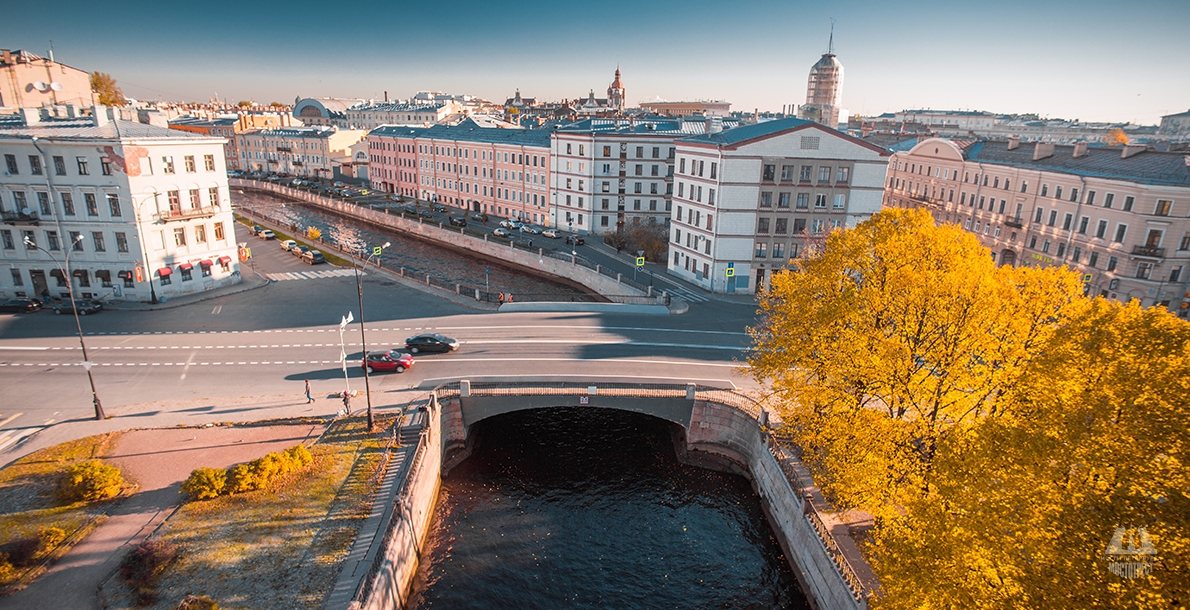 Novo-Nikolsky Bridge (former Nikolsky New Bridge - 1865-1891,1917; Novonikolsky Bridge - 1902) is located in the alignment of Nikolskaya Square and Nikolsky Lane (former Myasnikov Street). This is a bridge across the Griboyedov Canal in Admiralty District of St. Petersburg, connects Kazansky Island and Spassky Island.

In 1835-1837, under the project of engineer E.A. Adam, a single-span cast iron arch bridge was built there which superstructure is a solid vault, consisting of iron tubing, connected to each other by bolts. The crossing derived its name due to the proximity of St. Nicholas Cathedral.

In 1841 cast iron bridge was rebuilt in a single-span arch bridge. Authors of the project - engineer, Major Zavadovsky and director of the Alexandrovsky Ironworks, company officer of IV class, M.E. Klark.

The superstructure consisted of 18 metal permanent I-shaped cross-section, riveted boiler-iron arches. Top structure was the crosses on which double boardwalk was laid on the roadway, and on sidewalks – a single one. There were quarry stone abutments on pile foundation, faced with granite. The bridge had openwork cast iron railings and lanterns, decorated with military attributes, created according to drawings of architect Rossi. The supports structure was advantageous – cast iron springing blocks with iron stops behind them were placed on granite rows of abutments.

Later, in 1870, the bridge was rebuilt into a three-span one. Shore spans were wooden, and the central span was covered with metal beam.

The old stone abutments were used, and there were wooden pile intermediate supports. Railings and lampposts were preserved in its original form.

In 1934, under the project of engineers M.I. Zhdanov and A.V. Kozlov, as well as architect I.T. Kaptsyuga, the bridge was reconstructed in a single-span reinforce concrete arched one. The superstructure is a solid vault. The bridge abutments are massive reinforced concrete ones on pile foundation and faced with granite. The railing was installed in the form of solid concrete parapet. There is an asphaltic concrete pavement on the bridge. And there is a sidewalk of granite slabs on wing abutments. The roadway is separated from the curb by granite kerb stone. The bridge is designed for the traffic of trams, cars and pedestrians. Lampposts were dismantled.

In 1981 concrete parapet was replaced with the grillage without bollards, by the type of grillage of the Obvodny Canal Embankment.

In 1988 the granite curb of the bridge was replaced by a higher, a concrete one.

The bridge is located in a picturesque area of the city, rich in architectural monuments of the XVIII century, not far from one of the most beautiful cathedrals of St. Petersburg - St. Nicholas Naval Cathedral. At the same time, the bridge itself is very unassertive. Without any frills and decorations, it offends the eye and did not fit to the overall style of the area. Despite this, it still inscribed in the history. For example, Dostoevsky mentioned it in the novel "White Nights". Of course, Fyodor Dostoevsky was writing not about the modern bridge which exists today, but about its ancestor. All that remains of the former Novo-Nikolsky Bridge nowadays are supports, faced with granite. 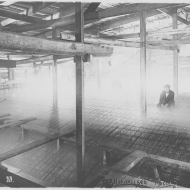 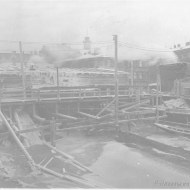