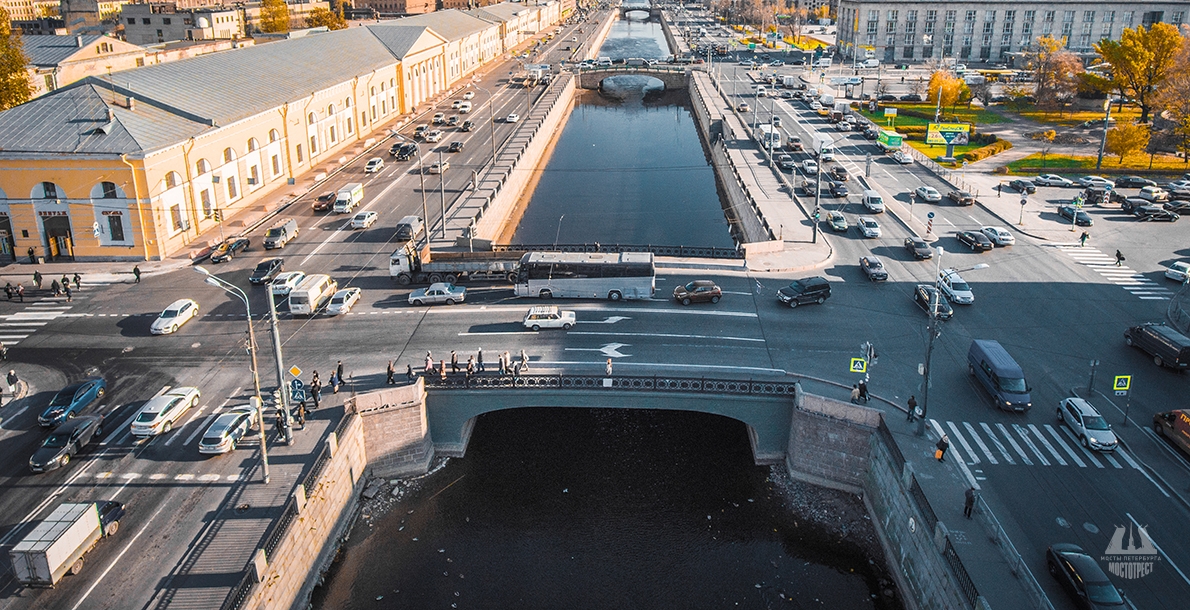 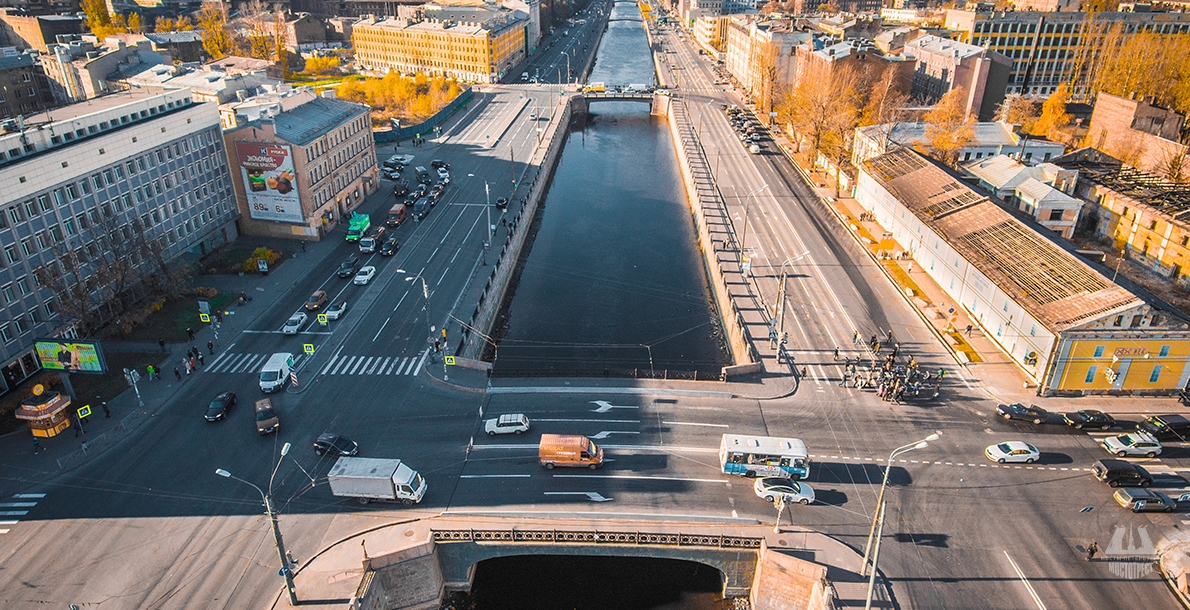 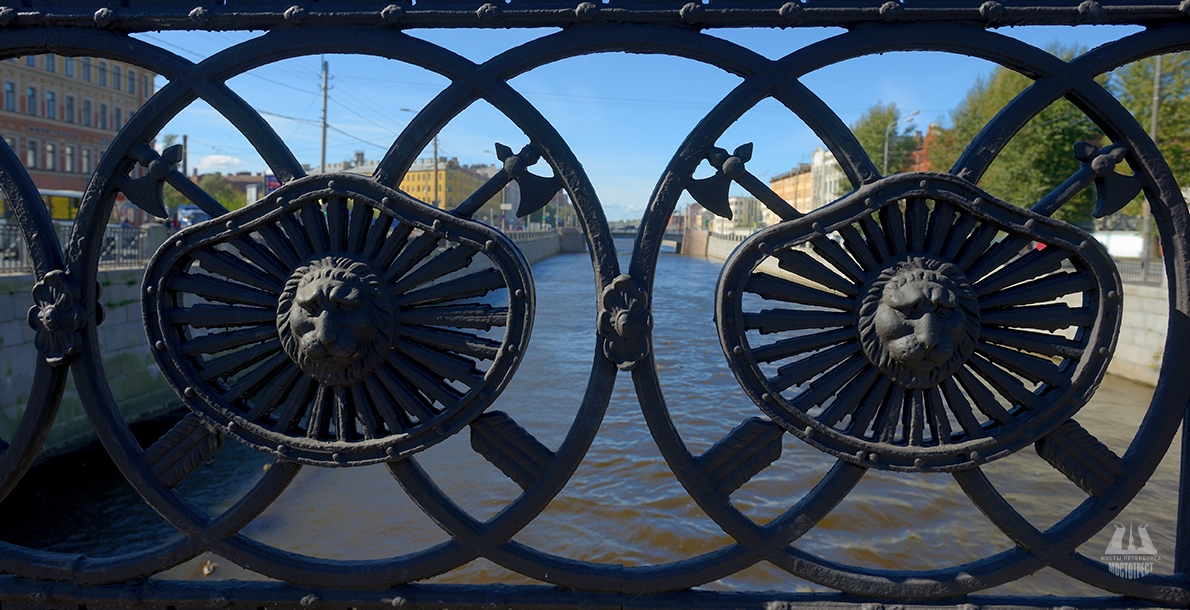 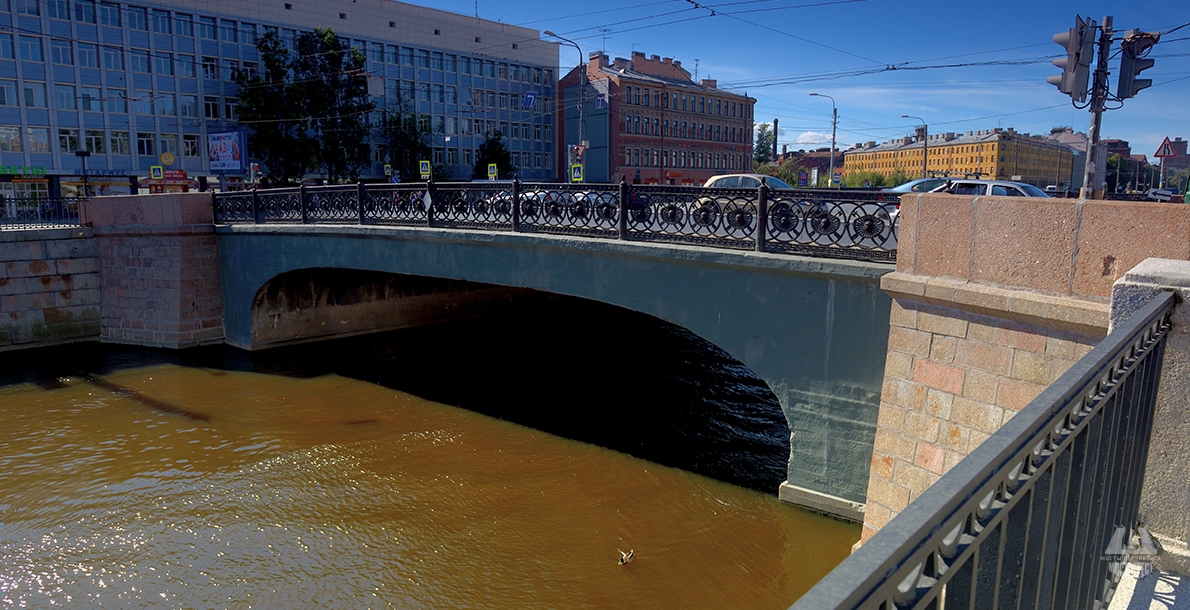 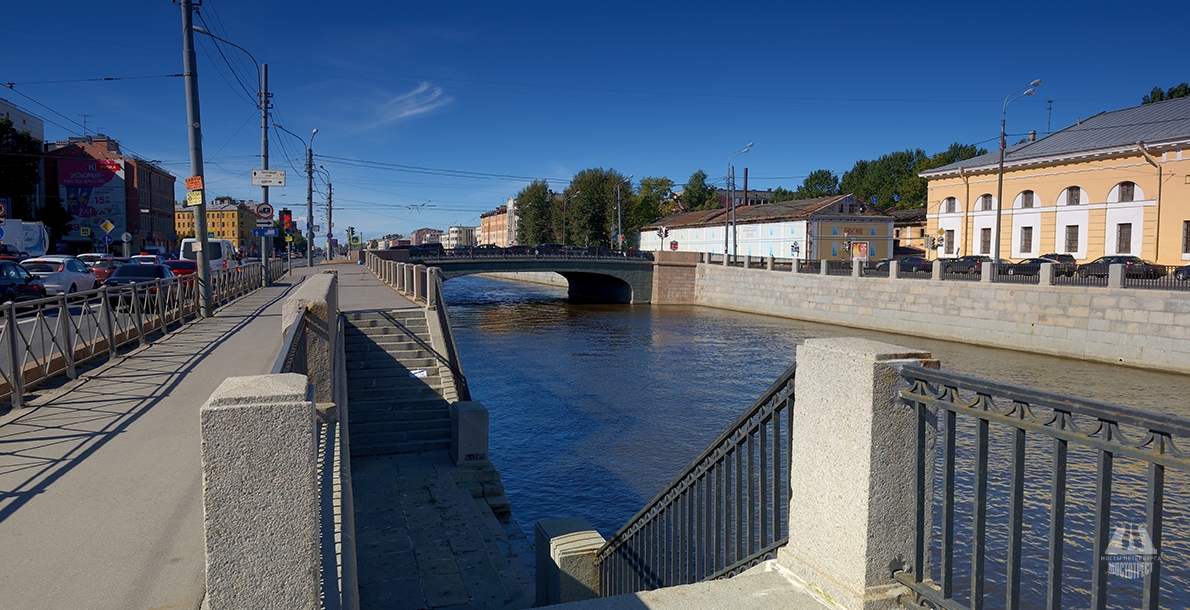 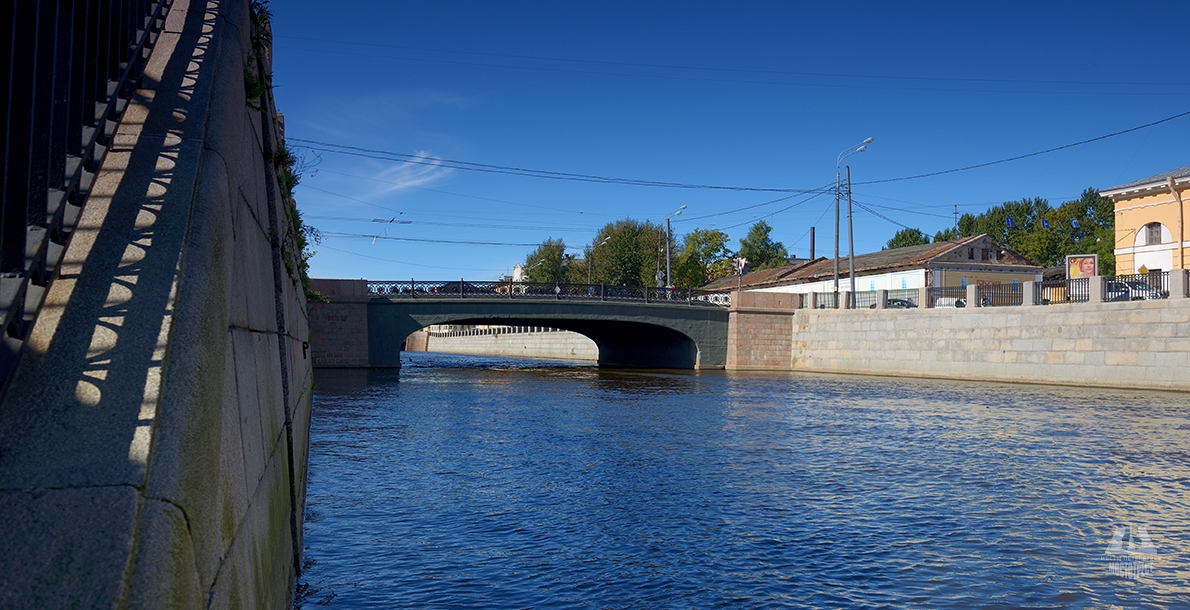 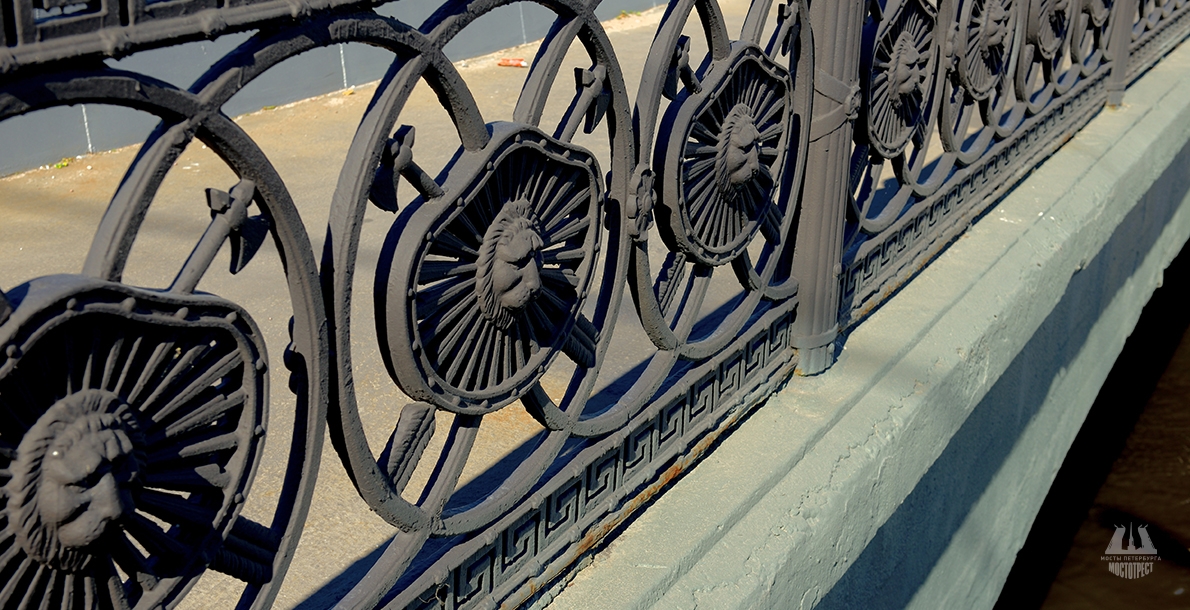 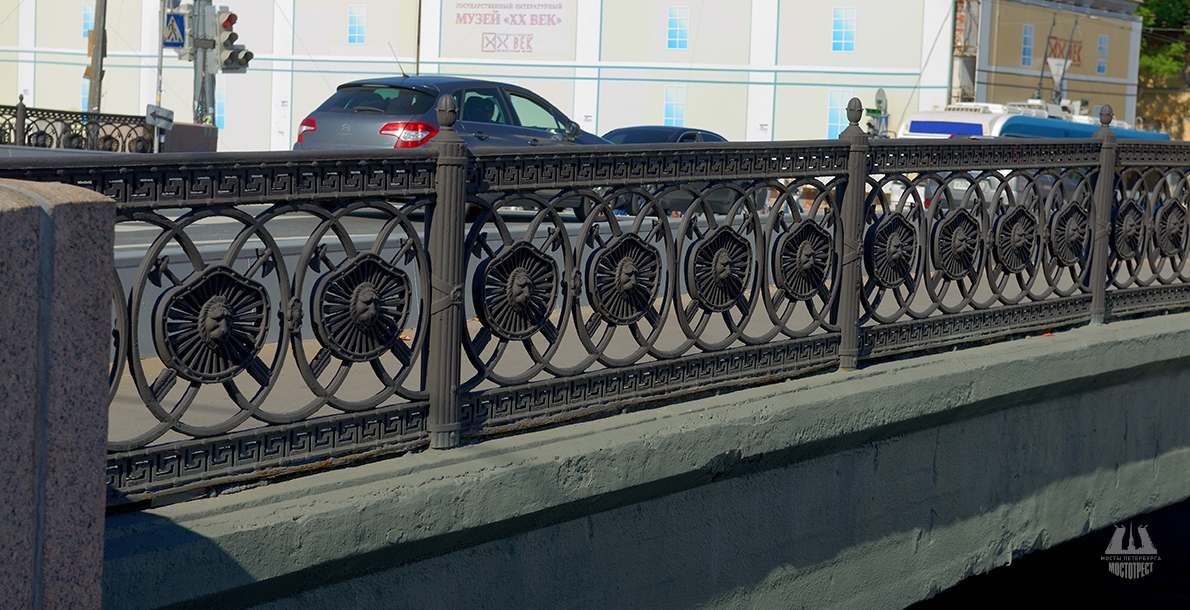 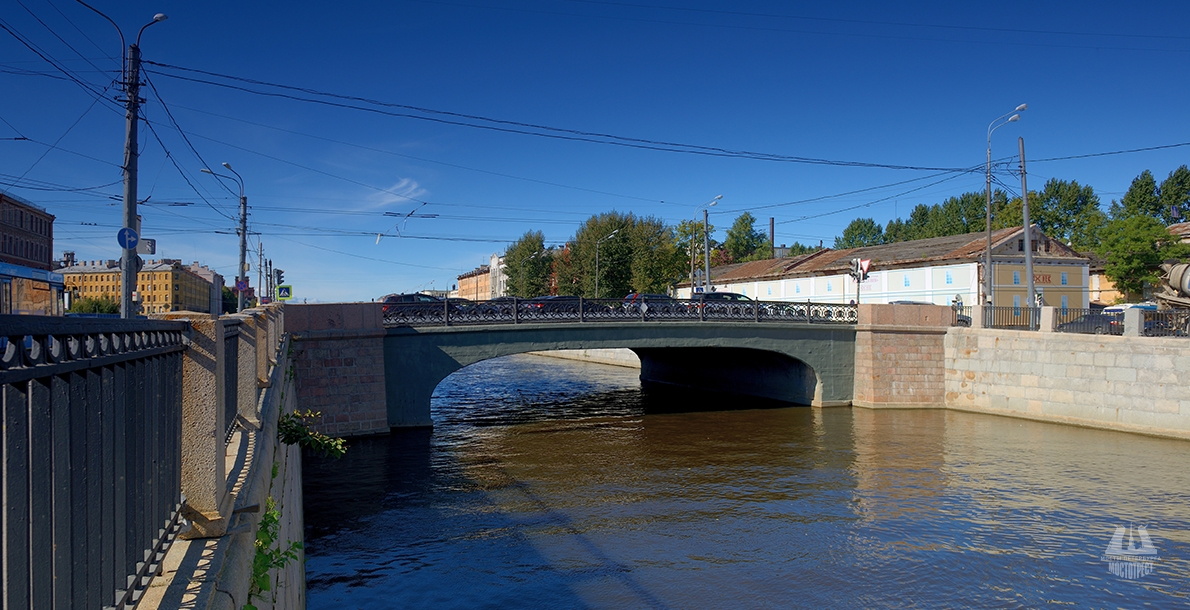 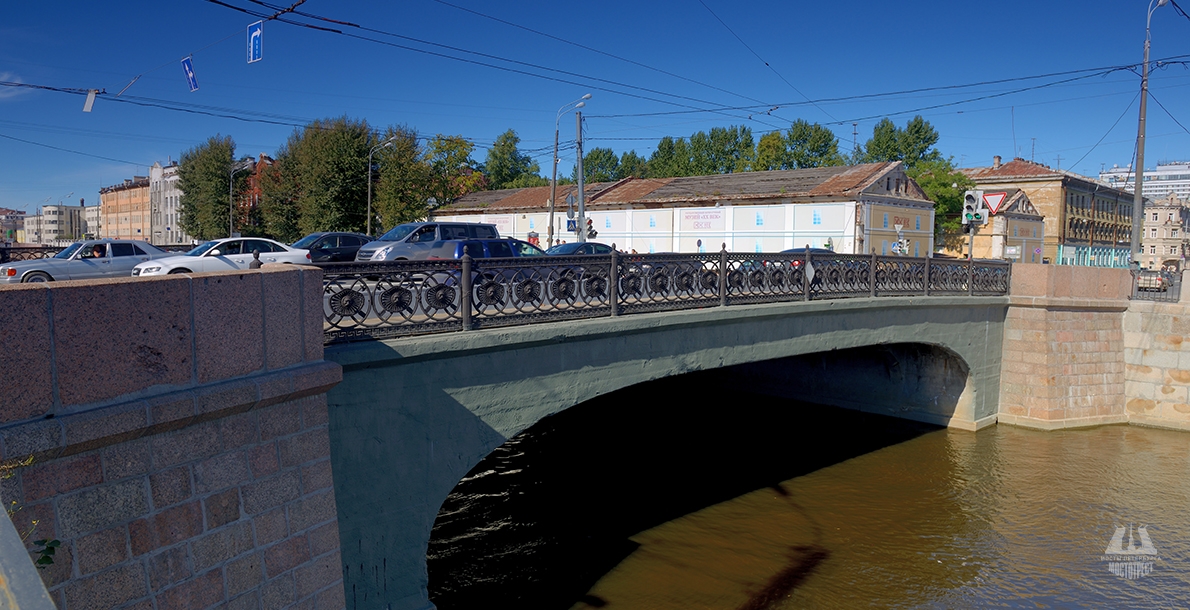 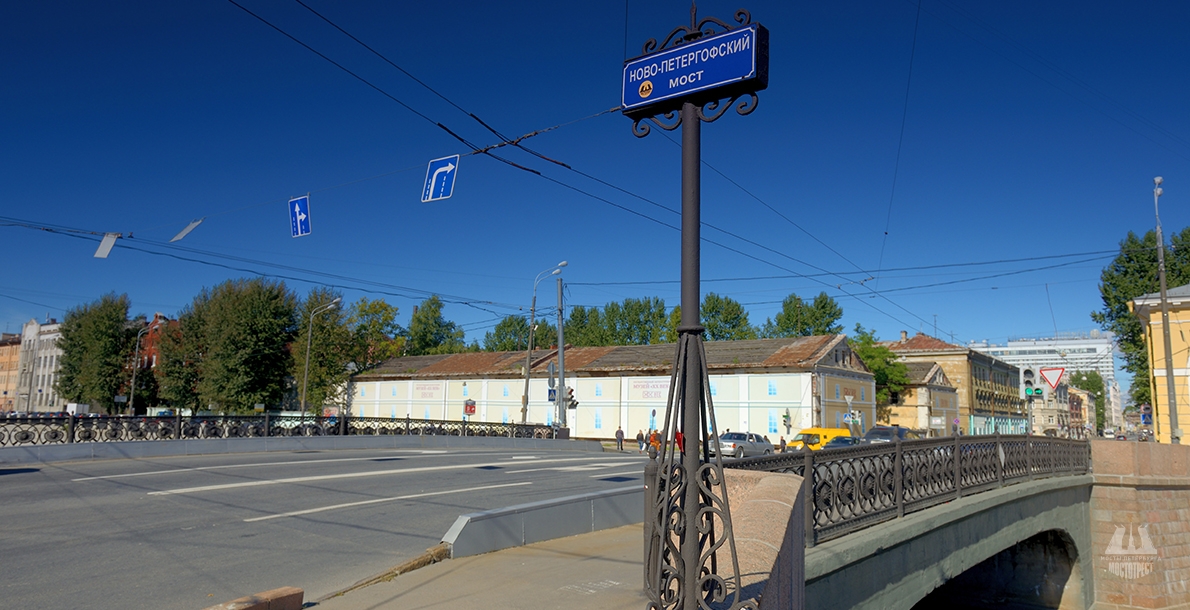 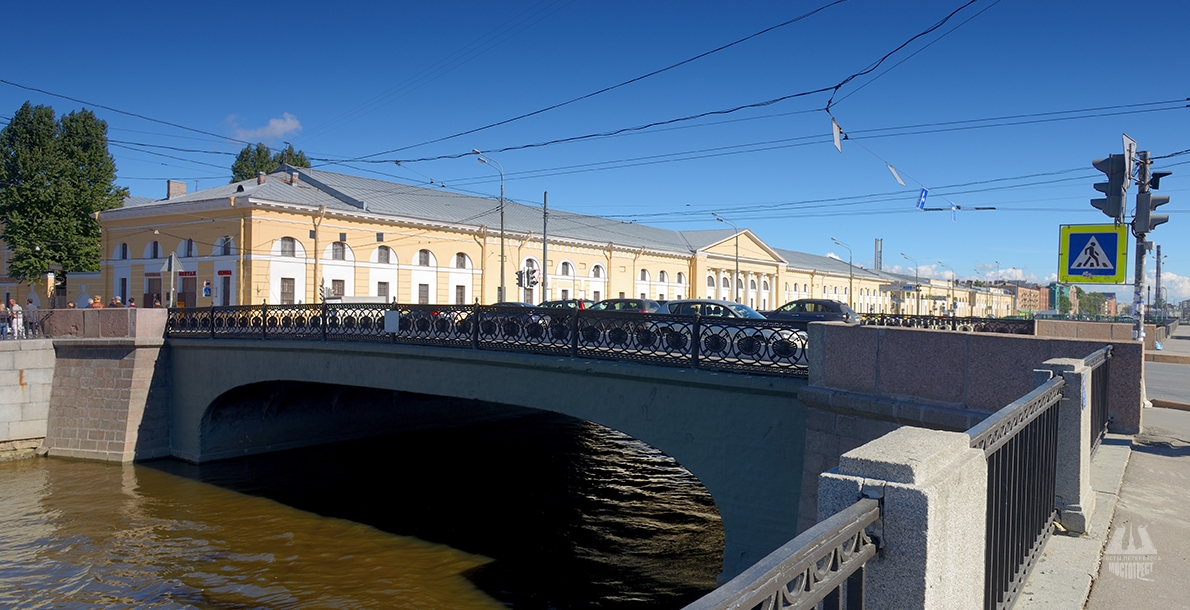 Novo-Peterhofsky Bridge (former Shtiglitsky Bridge - 1860-1914, Lermontov Bridge) crosses the Obvodny Canal in the alignment of Lermontovsky Prospect. There is a crossing in this place since 1857 in the form of a wooden three-span framed bridge.

The bridge was reconstructed several times due to wear of wooden elements. For the last time the bridge was rebuilt in 1908, under the project of engineer K.V. Efimyev.

Until 1914 the bridge was named Shtiglitsky Bridge. This name was connected with the proximity of the Baltiysky Railway Station serving the railway built at the expense of Baron Alexander Stieglitz. In 1914 (a year of the centenary of the birth of Mikhail Lermontov) Novo-Peterhofsky Prospect was named Lermontovsky Prospect. The poet lived in the area and studied in Nicholayevskoye Cavalry School located on the prospect. Thus Shtiglitsky Bridge was renamed Lermontovsky Bridge.

In connection with the planned laying of tram tracks on Lermontovsky Prospect and increased traffic load in 1931-1932 single-span concrete fixed bridge was built on the site of the demolished wooden bridge.

The bridge railing were made of bar and tubular steel. The bridge has massive rock abutments on pile foundation faced with granite. Granite parapet is installed on the abutment wings. The wings mate with high retaining walls of the embankments.

In 1960 cast iron railings were installed on the bridge by the type of those which were installed on the demolished stone bridge built in 1834-1838 across the Tarakanovka River at Narva Triumphal Arch. Railings were restored under the project of architect I.N. Benua and cast in the foundry of the tram depot n.a. M.I. Kalinin. Thus the bridge which previously did not have highly artistic parapets received new railings. New railings similar in pattern with former Ligovsky Bridge at the Moscow Gate became really a decoration of previously unremarkable construction of the bridge. Indeed, crossed circles with laid-on shields, lion masks and hatchets in the middle, especially beautifully looked due framing of ornamental frames with ancient patterns. It is noteworthy that the bridge railings pattern is aligned with the railing installed on the terrace located on the embankment of the Neva River opposite the Lomonosov Porcelain Factory. Ornament of a pattern of the railing was developed in 1820-1830 and stored in the archive of St. Petersburg as an example of a typical design of bridges.

In 1979 during major repair railings of concrete blocks were installed on the bridge.

In 2003 tram tracks were dismantled with replacement of asphalt concrete pavement on the roadway.

In 2005 concrete blocks of the railing were covered by metal jacket. The height of barriers is 0.55 m.

It is noteworthy that originally the roadway of the crossing was covered by diabase stone blocks. But it could not stand the growing stream of cars, and a layer of asphalt was laid on it. The sidewalks were lifted and fenced from the roadway for reasons of safety. 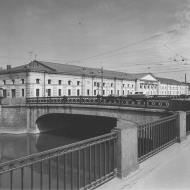 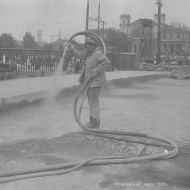 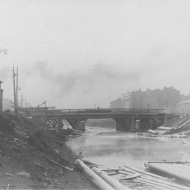 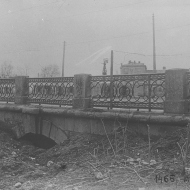 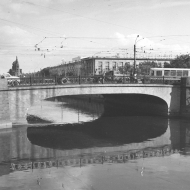 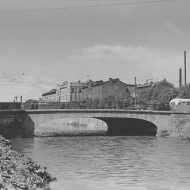