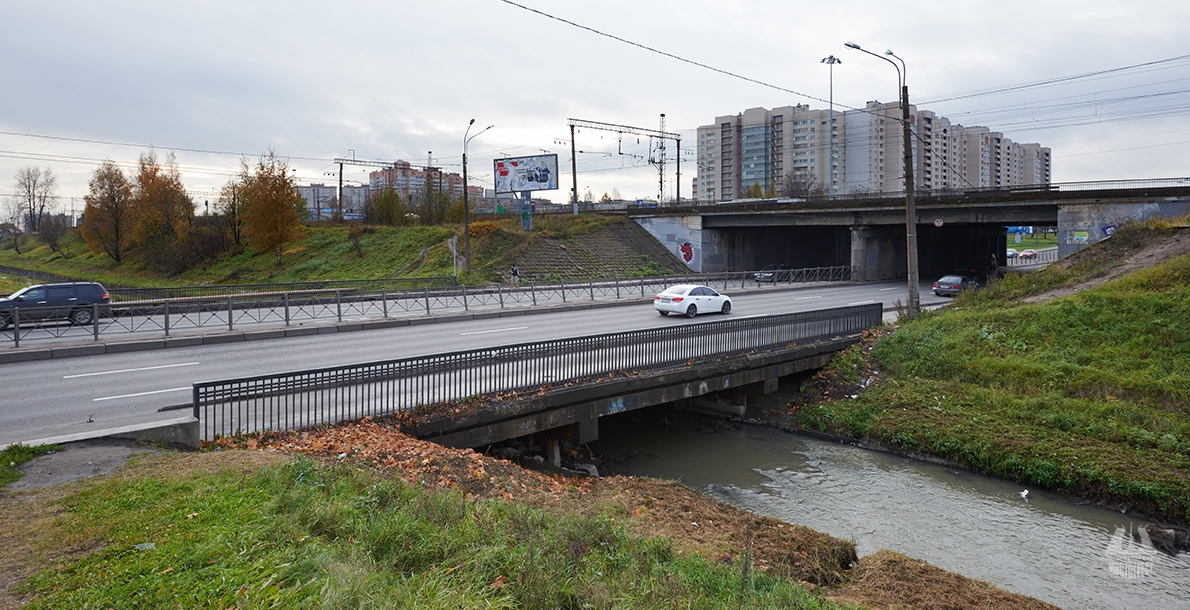 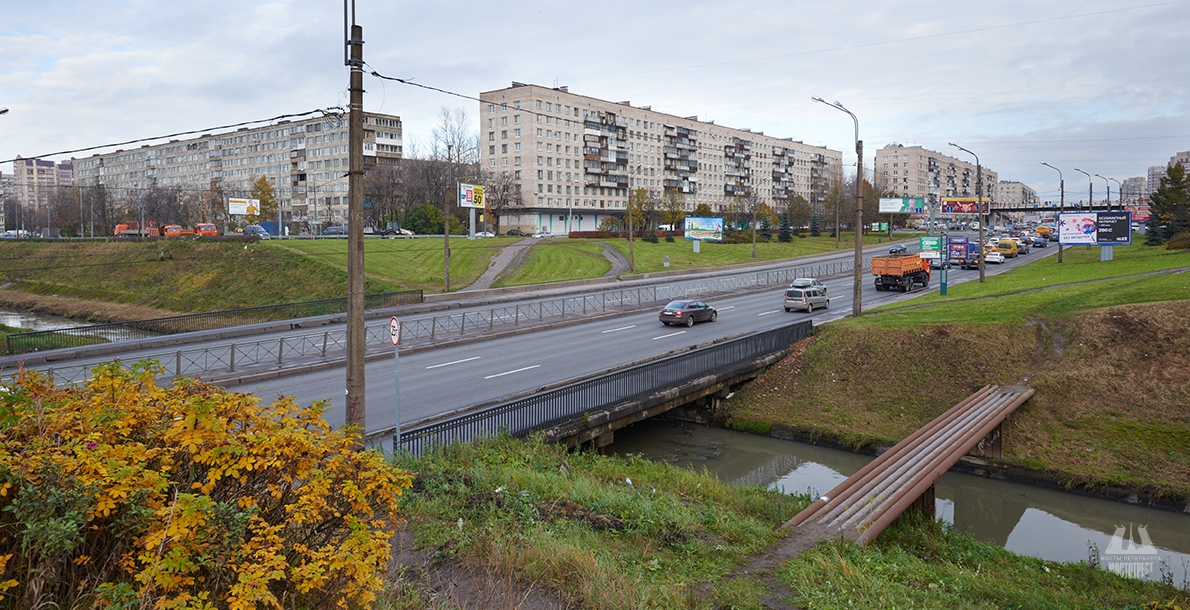 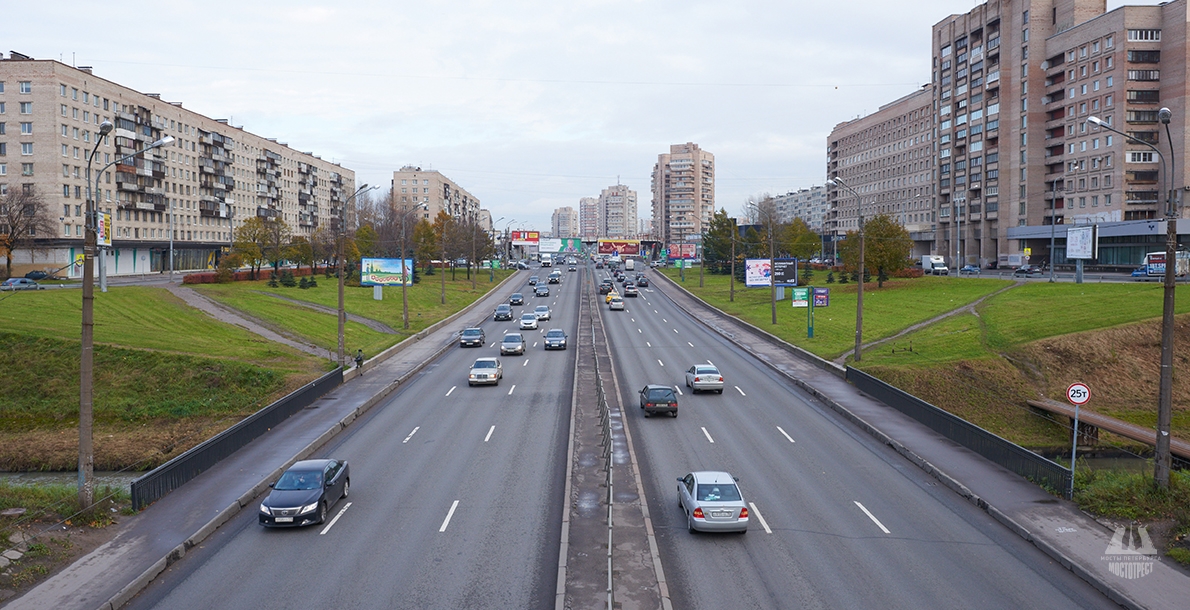 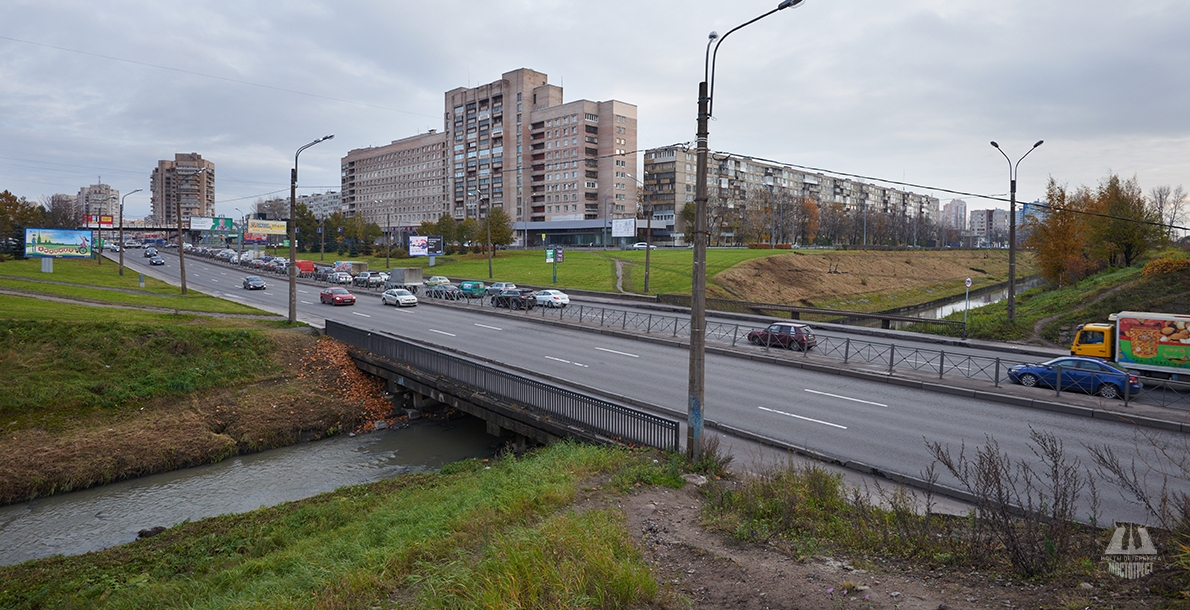 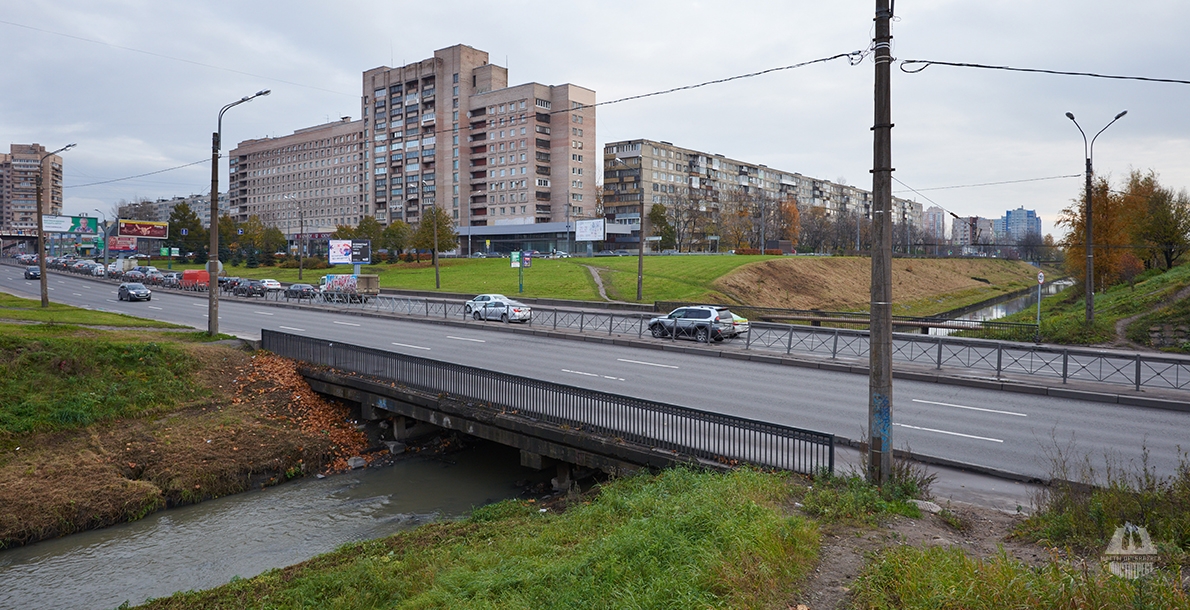 Novo-Volkovsky Bridge over the Volkovsky Canal is located in the alignment of Slavy (Glory) Prospect in Frunzensky District. It was built in the period of housing development of Kupchino territory.

Being one of the youngest canals of the Northern Capital Volkovsky Canal was cut in the 1960s. Kupcino District was massively and actively populated and that’s why the need arose to create a railway platform which would provide a convenient connection to other areas of Kupchino. The project of the road construction is also included the plan of a new canal creation next to the Vitebskaya Line of October Railway.

The Volkovsky Canal that exists to the present day makes it possible to the residents to relax on shore waterbody with a fair landscape. The canal length is of about 6.5 km, width 1-3m, the banks are strengthened and grass-covered. From the upstream two parallel beds are digged to drain the area. The source of the canal is also the mouth of the Shusharsky Creek. Within the Balkanskaya Square the canal is put into the tube.

The abutments and intermediate supports are lightweight reinforced concrete ones on the pile foundation.

Metal welded railings of a simple pattern are installed on the bridge.

Novo-Volkovsky Bridge is located quite close to Moskovskaya Square - one of the first sights of St. Petersburg which welcomes tourists arriving in the city by plane.