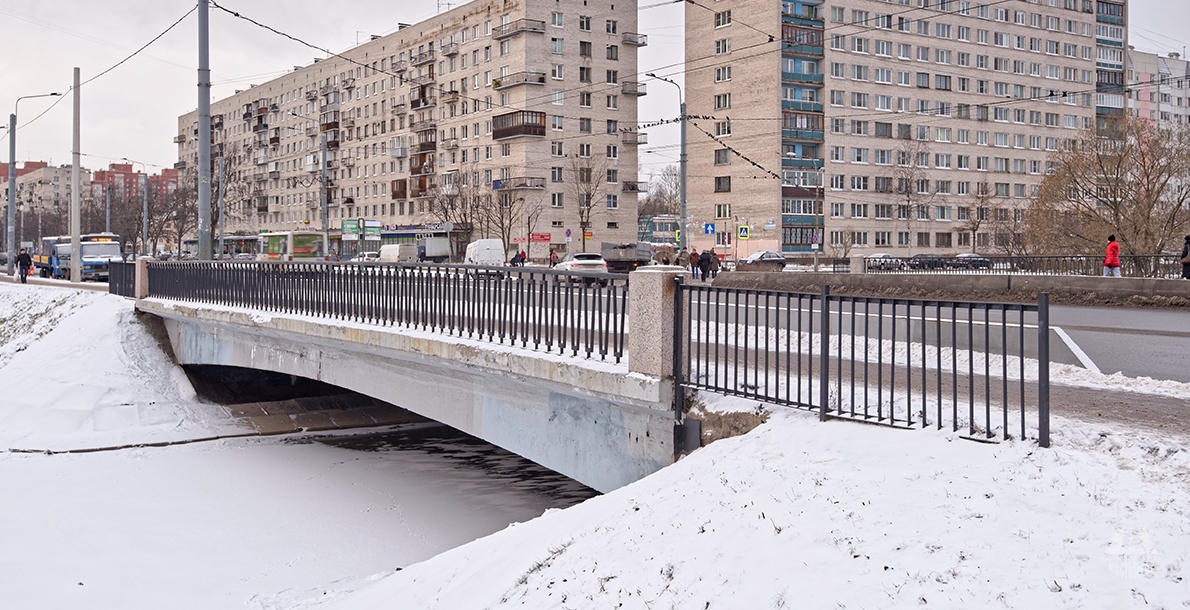 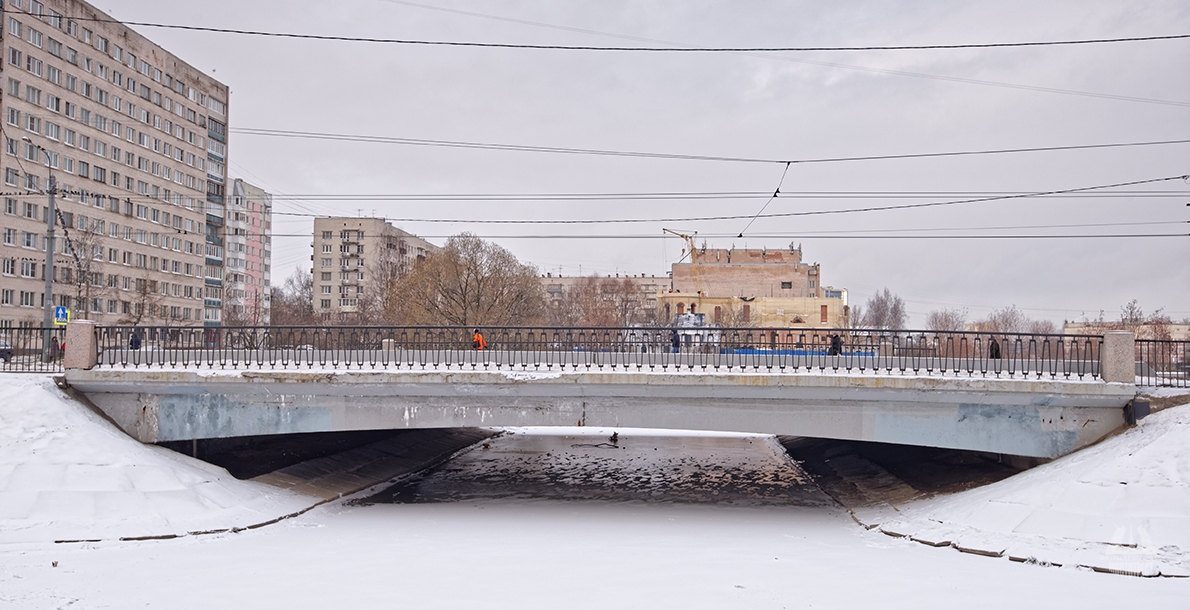 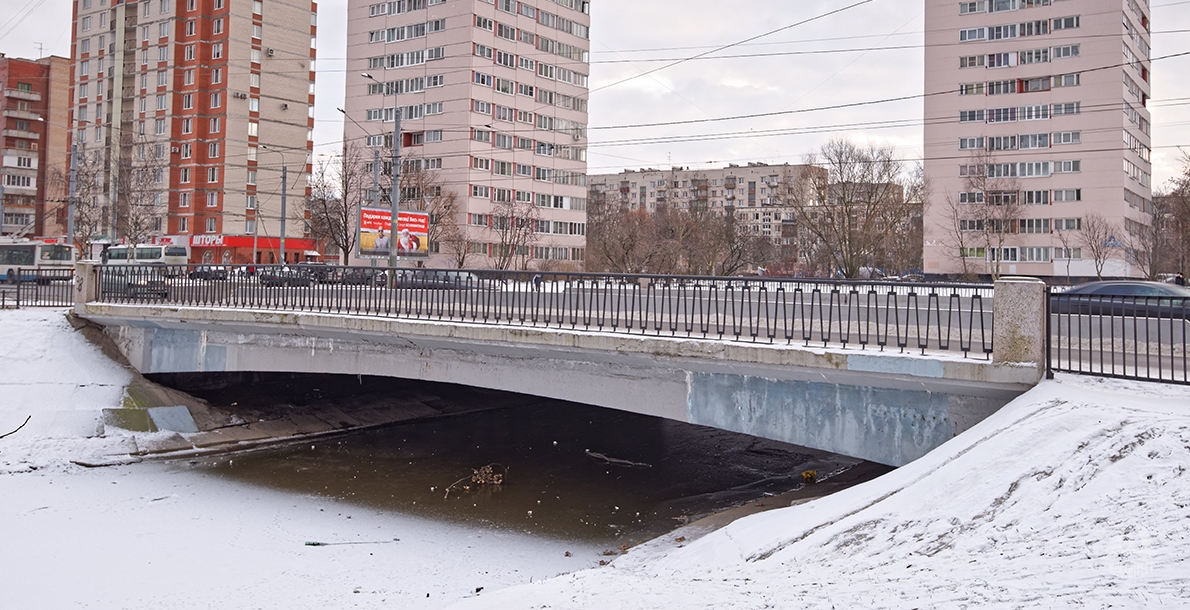 Novy (New) Bridge (former 1st Veteranov Bridge) spans the Novaya River, and is located in the alignment of Veteranov Prospect near the Tallinnsky supermarket in Kirovsky District of St. Petersburg. The Novaya River begins south of the Baltiс railway line of the October railway and ends in the area of Alexandrino estate. Within the territory of Ulyanka residential estate the river was turned into a chain of ponds separated by underground pipes - water lines.

The need for construction of the bridge was caused by housing construction unfolded in the 1960s in Kirovsky District and the territory development.

The metal railings are installed on the bridge. And there are granite bollards on the ends of the railings.

In 1984 the roadway barrier was replaced with standard parapet.

In 2004 the blocks of the railings were covered by metal jackets with the height increase up to the standard value of 0.75 m and internal cavities were filled with cement mortar.