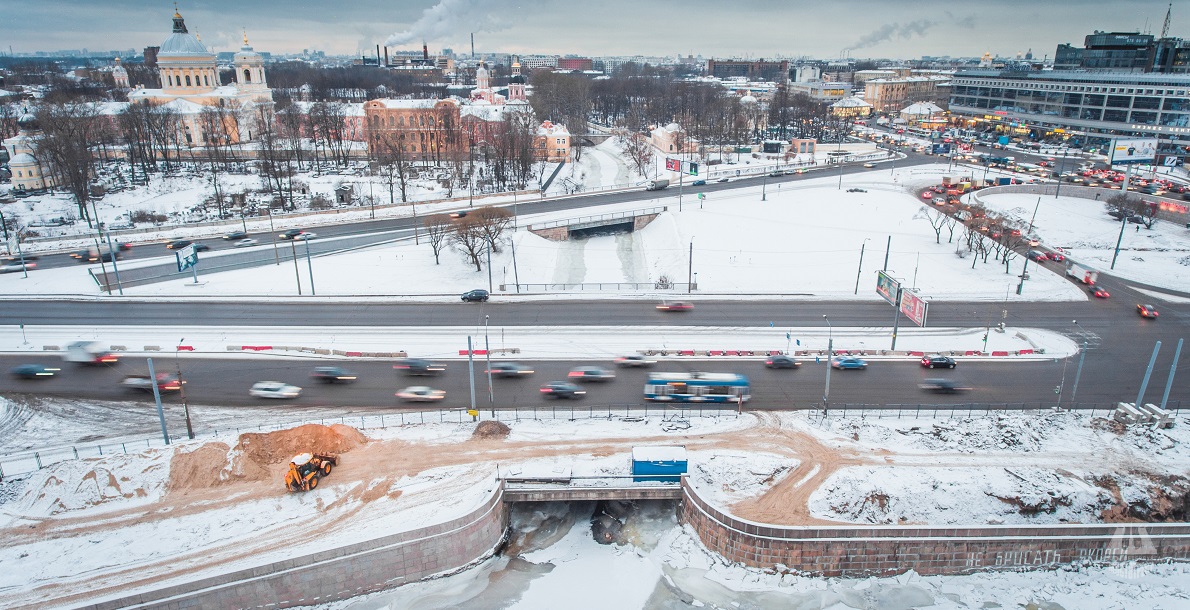 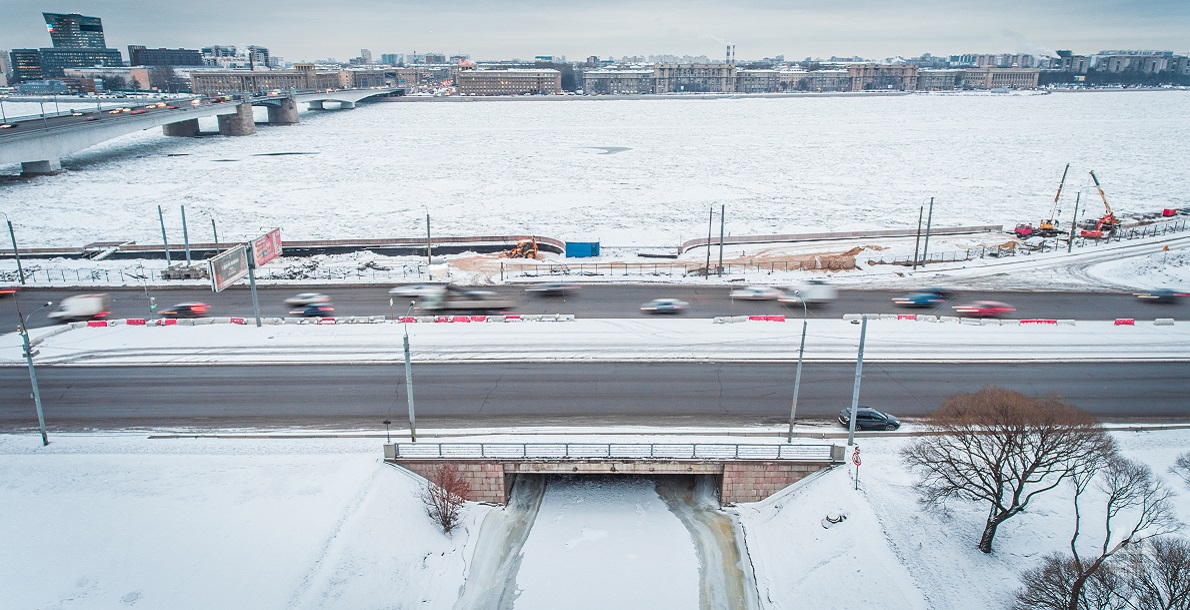 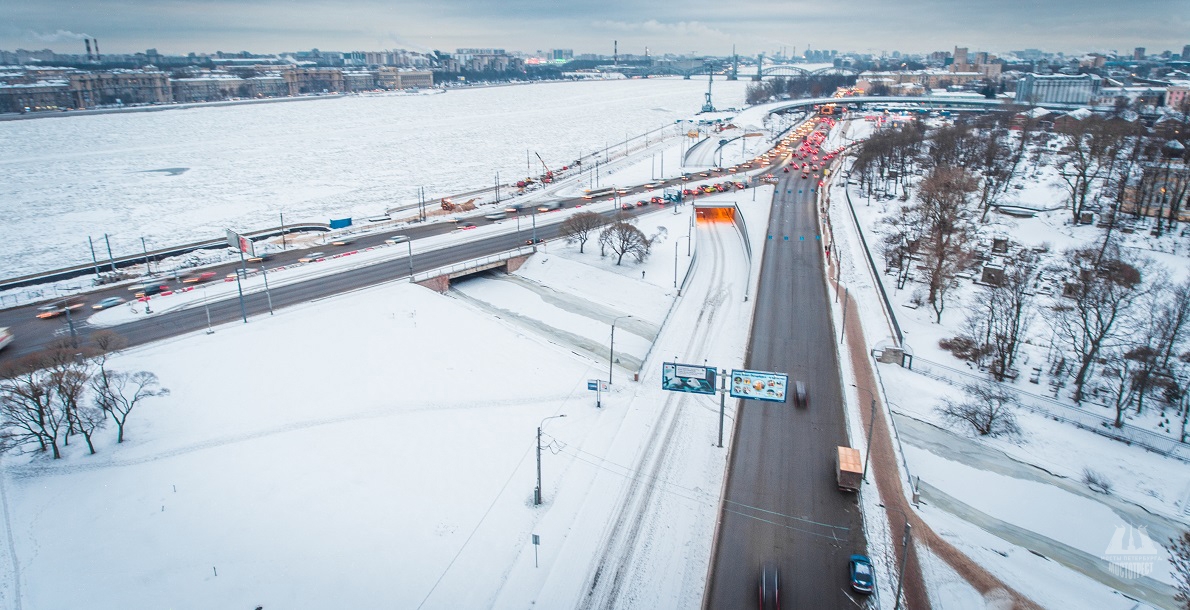 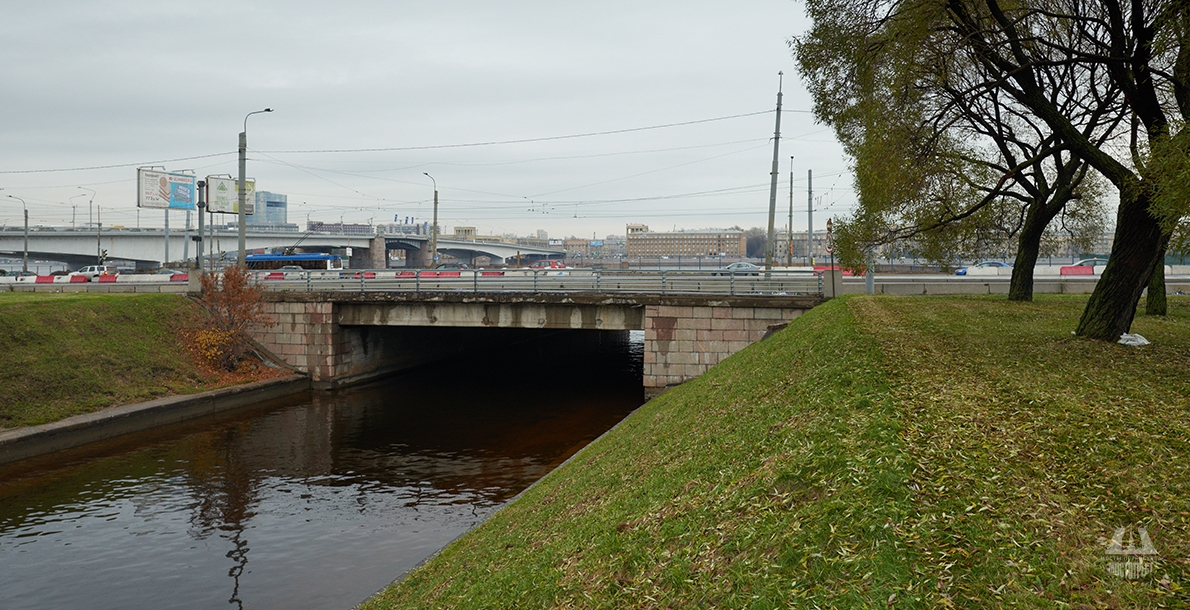 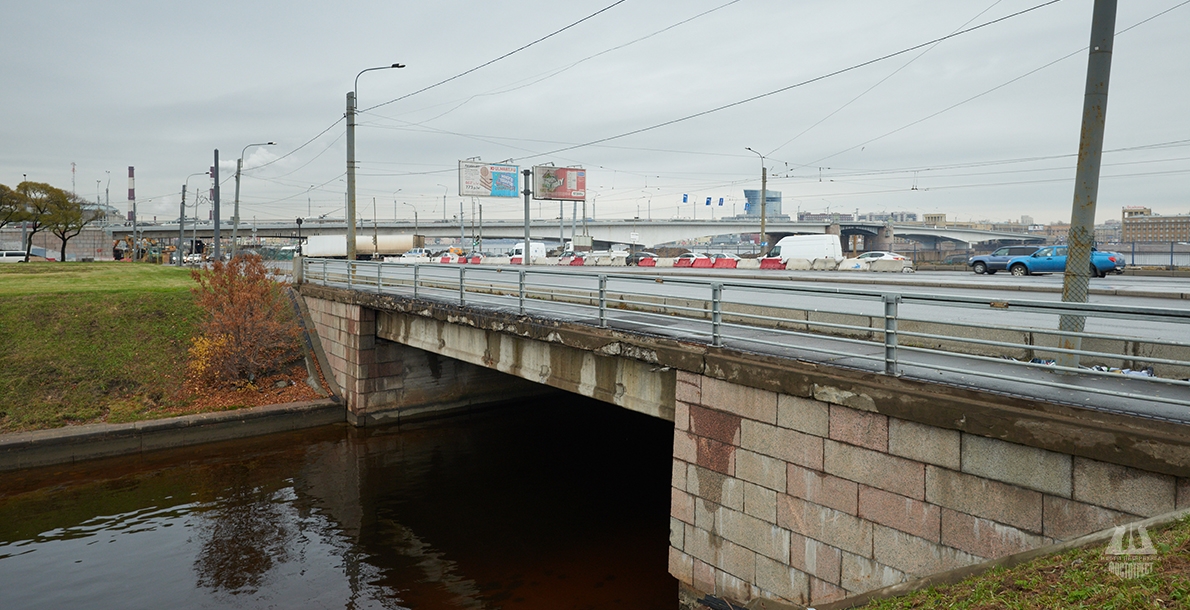 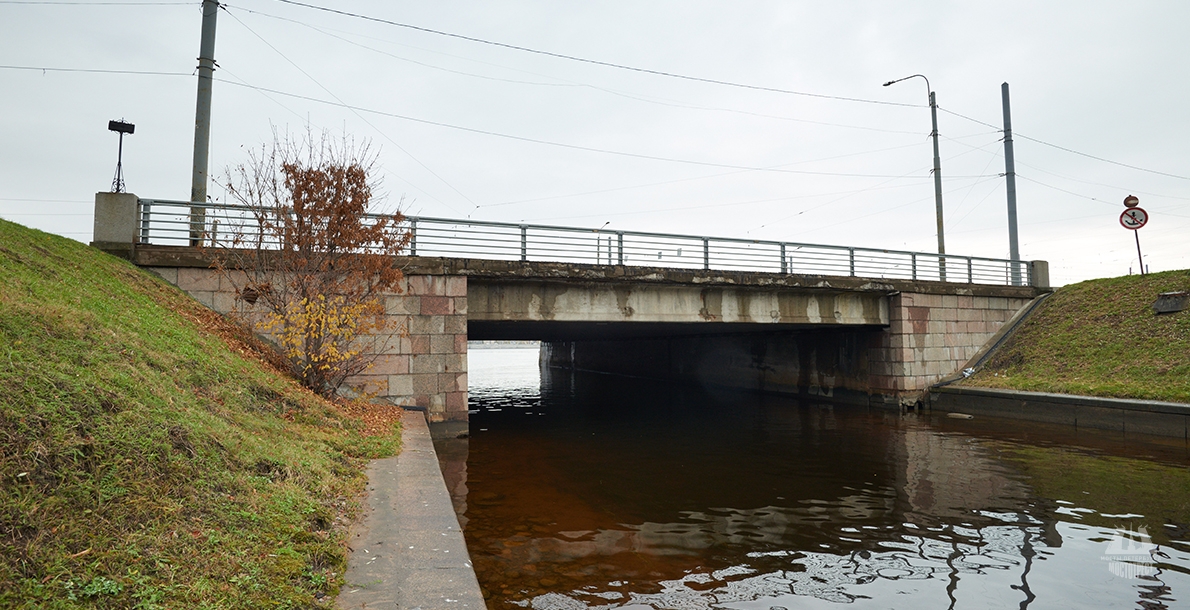 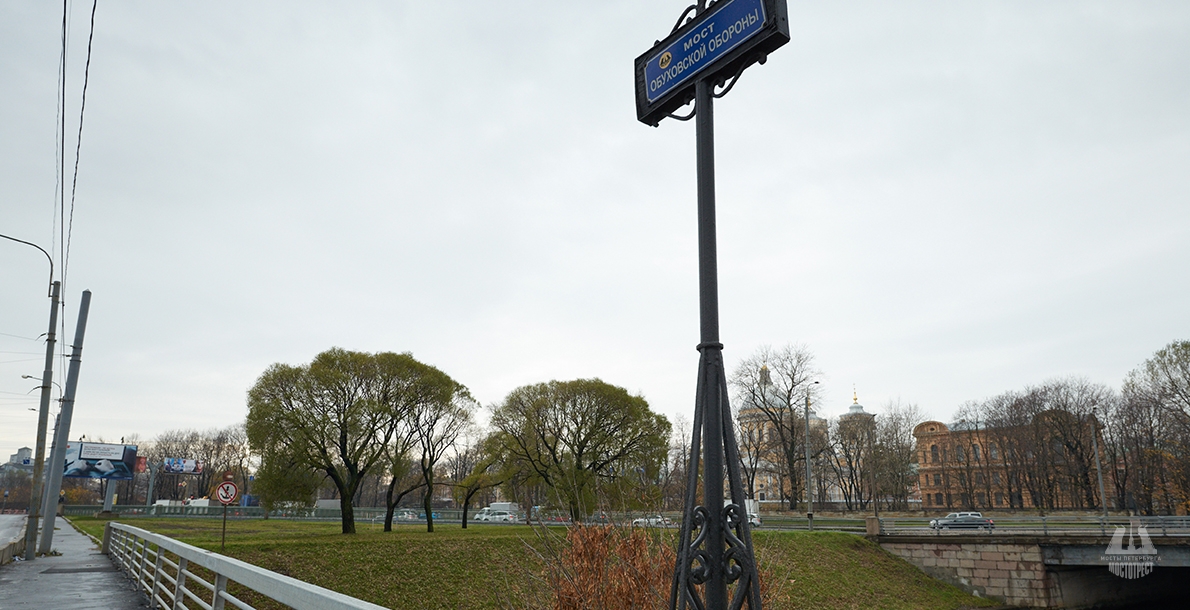 Obukhovskoy Oborony Bridge is a bridge across the Monastyrka River in the Central District; it connects Bezymyanny and Monastyrsky Islands and is located on the Obukhovskoy Oborony Prospect (former Schlisselburgsky). It was built in the beginning of the 19th century and called Blagoveschensky. The bridge is single-span wooden arch bridge with stone abutments on pile foundation lined with granite.

In 1885 the bridge was passed to the City Duma and in 1887 it was reconstructed and called Manostyrsky. The new bridge was combined, as railway was also laid thereon.

In 1926 the bridge was reconstructed for railway load, tram traffic, car and pedestrian traffic. It was widened up to 25.3 meters. The superstructure consisted of reinforced concrete arches with the roadway above.

Due to Alexandr Nevsky Bridge construction across Neva, works on passages reconstruction and transport interchange arrangements were conducted on the left bank. Multiple storage facilities along left bank were demolished, high retaining wall was covered with granite, as well as old Monastyrsly bridge built in 1926 was disassembled. Railways, tram ways and car passages were shifted to the embankment of the left bank of the Neva.

The bridge is constructed in 1964 and called Obukhovskoy Oborony Bridge. In the meantime, new Monastyrsky bridge was newly constructed with its longitudinal axis shifting closer to Alexander Nevsky Monastery.

Obukhovskoy Oborony Bridge is a single-span concrete simple bridge. The superstructure consists of standard constant height concrete beams. The abutments are massive ones, made of monolithic reinforced concrete on pile foundation and faced with granite. The roadway is covered with asphalt concrete pavement; sidewalks – with sand asphalt.

Railing is metal welded, simple appearance, with granite bollards from the ends. The bridge consisted of two parts: railway and city traffic. The city bridge is designed for the traffic of trams, cars and pedestrians. The roadway of the bridge allows six lanes for vehicles and 2 tram lines arranged on increased level. One way railway line, leading to industrial enterprises of Sinopskaya embankment (now disassembled), is also laid on the bridge.