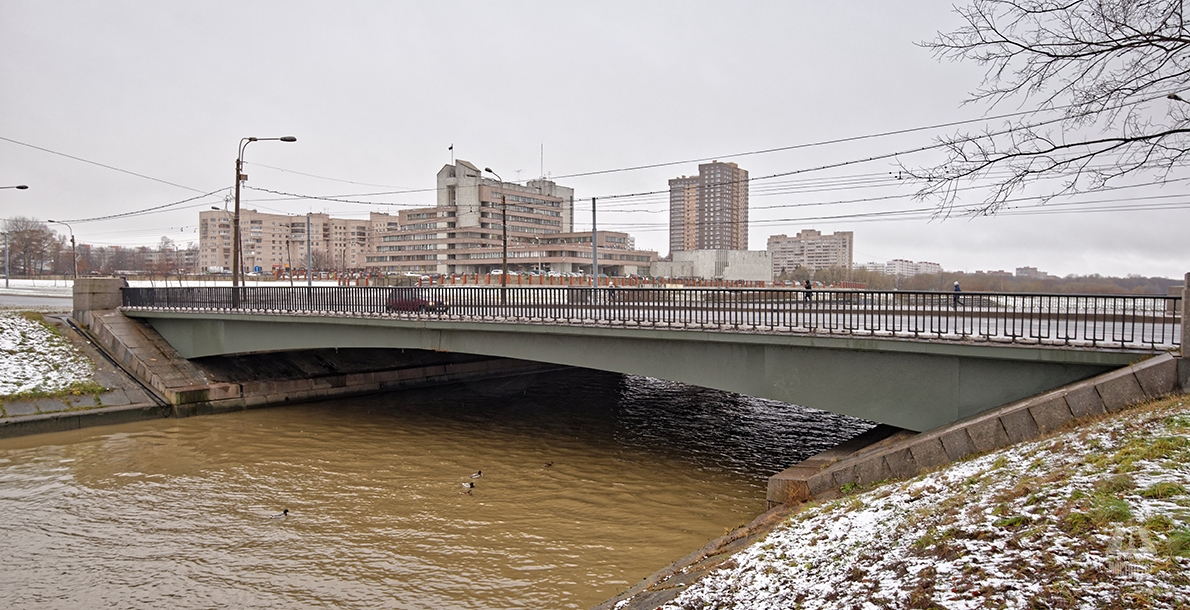 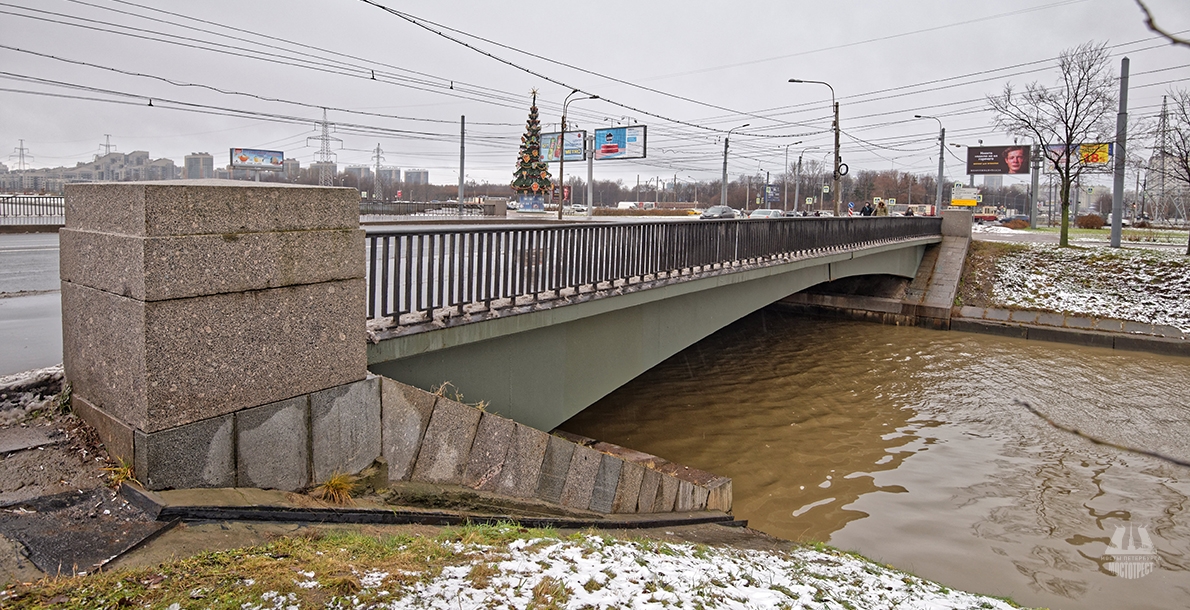 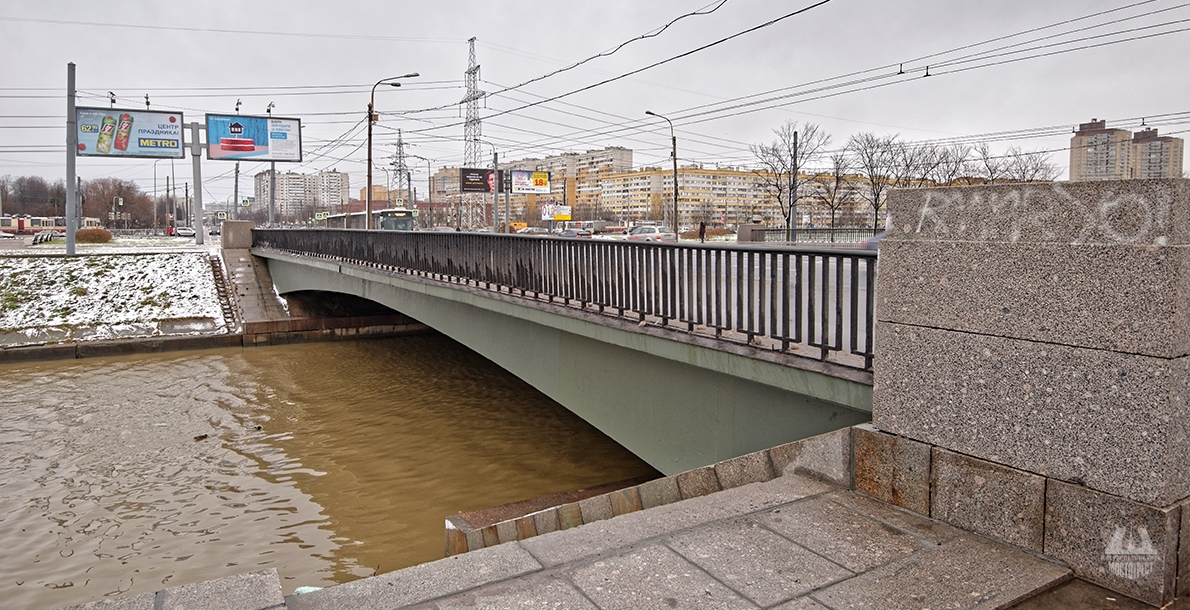 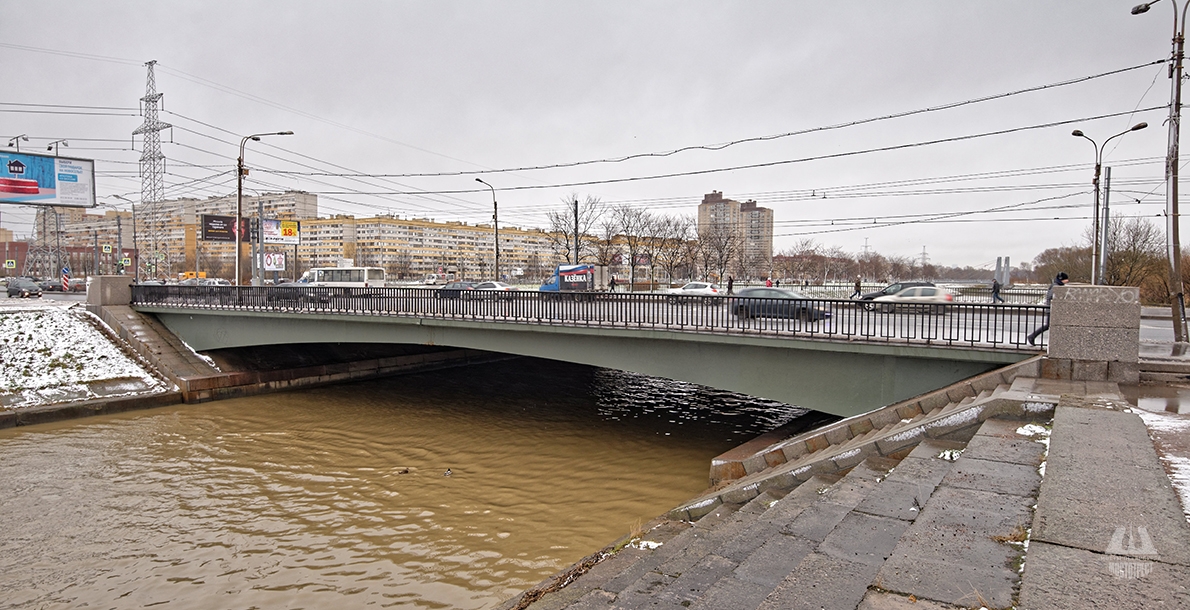 Partizana Germana Bridge is located on the similar-named street and spans the Dudergofsky Canal in Krasnoselsky District of St. Petersburg.

The bridge was part of the "Flood Protection Complex of residential area in Krasnoselsky District of the city of Leningrad". It was constructed by order is the Administration of capital construction No.6 Glav-UKS of Leningradinzhstroy.

The bridge was built in 1977-1980, under the project of engineer A.A. Sokolov of Lengiproinzhproject. It is a single-span reinforced concrete cantilever frame bridge with a hinge in the middle of the span. The superstructure is made of standardized prefabricated prestressed reinforced concrete blocks imbedded in the abutments. The lower part of the span structure has a curved shape of the bottom chords. The facades are lined with metal sheets.

Reinforced concrete slab of the roadway is included in the main beams operation. The bridge abutments are massive ones, made of monolithic reinforced concrete on pile foundation and faced with granite. The roadway is covered with asphalt concrete pavement; sidewalks – with sand asphalt. The sidewalk is separated from the roadway with granite curb. The cast iron pedestrian railings of a simple pattern with metal inserts and without bollards are installed on the bridge. At the ends of the railings, on the abutments granite parapet is installed.

The bridge derived its name from Partizana Germana Street; the Administration of Krasnoselsky District is located nearby. The bridge and the street are named after the commander of the 3rd Leningrad partisan brigade Alexander German, under whose leadership during the Great Patriotic War several thousands of enemy soldiers and officers and hundreds of units of various military equipment were destroyed. Alexander German died in 1943 in the Zhitnitsy village of Pskov region. He was posthumously awarded the title of the Hero of the Soviet Union; the streets in many cities of the country are named after him.