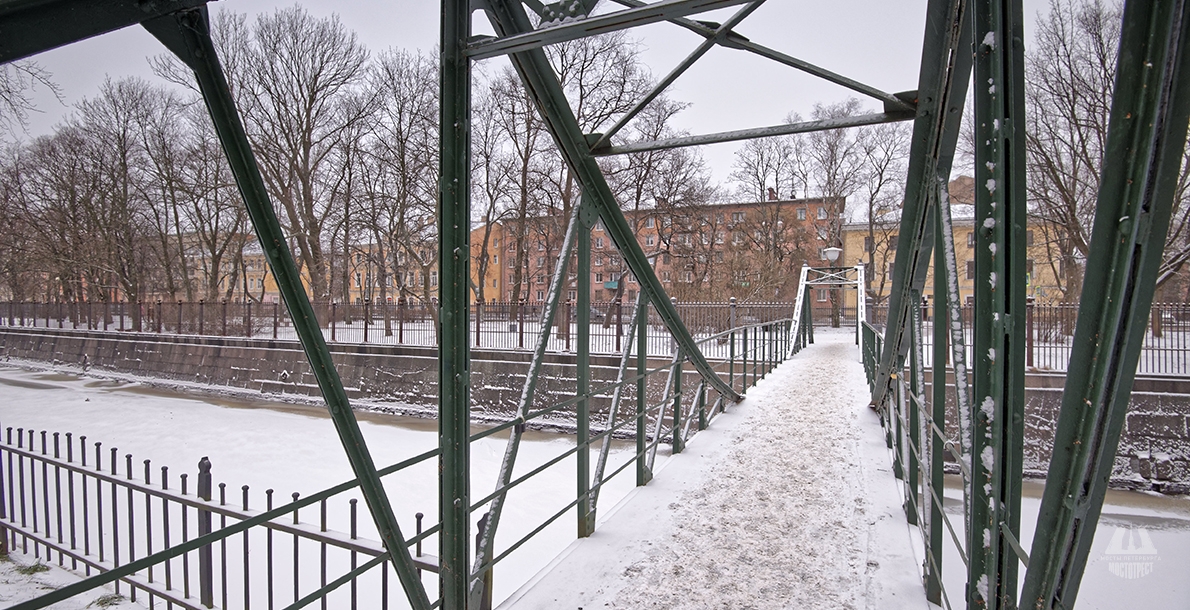 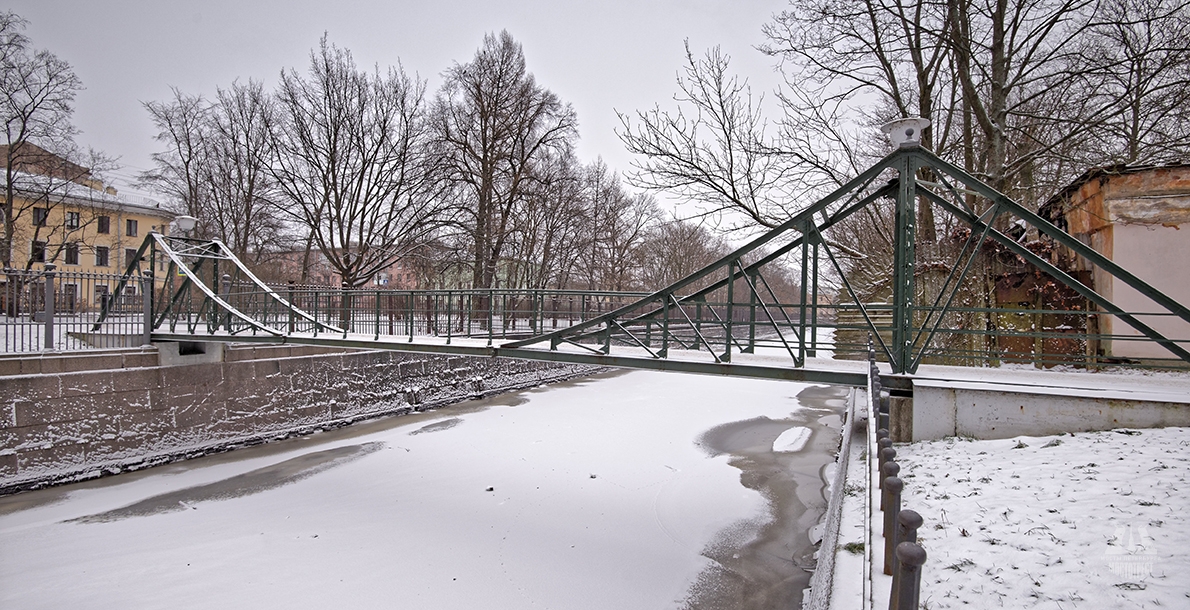 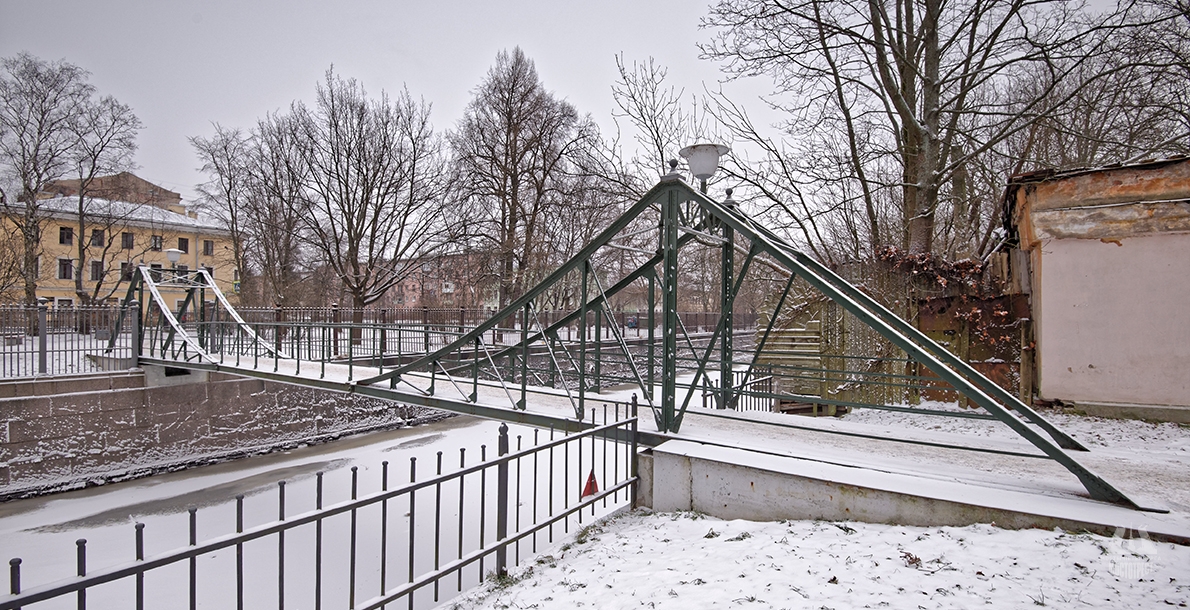 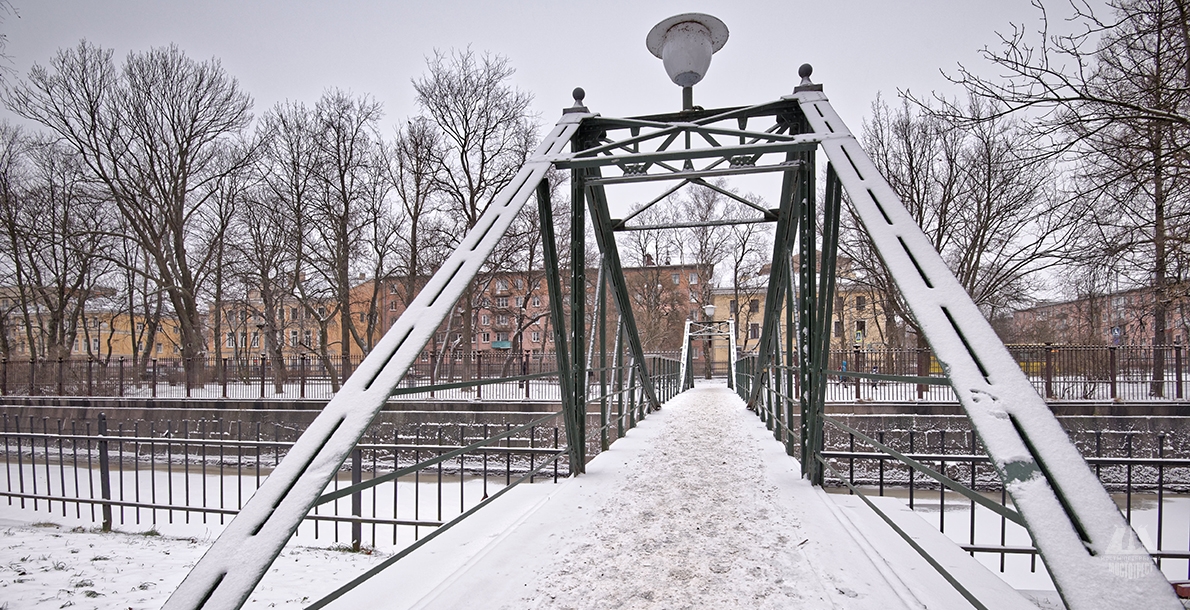 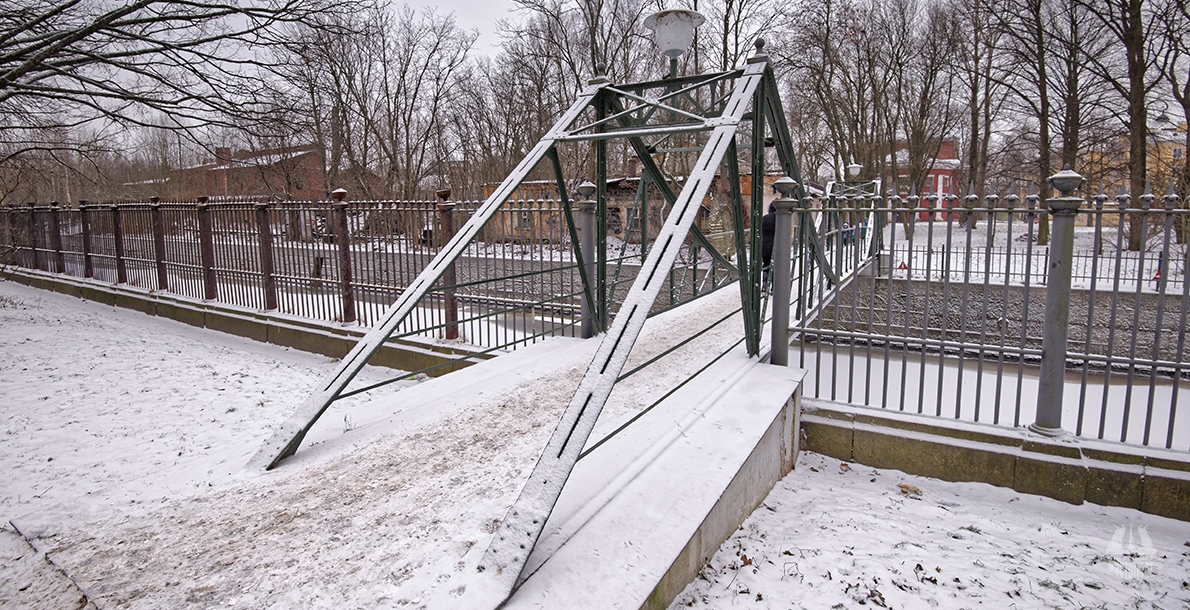 Parusny Bridge across the Obvodny Canal (Kronstadt) is located in the city centre opposite to building No. 13 on Sovetskaya Street.

The bridge structure is two metal trusses on which ends a beam construction is suspended with pin joints. The suspended superstructure is made of two beams connected by transverse beams and diagonal braces.

The sidewalk is three wooden girders with cross beams laid in them and floor boards. The retaining walls of embankment are used as the bridge supports including additional blocks where rope guys are embeded.

There is metal railing on the bridge.

In 1968 the bridge was surveyed, its condition was found poor due to lack of constant care, the structure required urgent repair. That was also when replacement of metal transverse beams, horizontal braces and timber decking carried out, and superstructures were painted.

In 1990 the structures were inspected and primary bearing members designed, recommendations for the bridge major repair developed including determination of scope of main repair and construction works.

In 2003 replacement of horizontal braces between truss bottom chords and timber decking as well as metal structures painting were performed.

In 2009 major repair of the bridge was carried out including replacement of metal structures which were rusted to the greatest extent and cantilever trusses restoration. The wooden structure of pedestrian part was replaced for metal plate covered with mastic asphalt.

The bridge got its present name in 2010, and before that time it had no name.