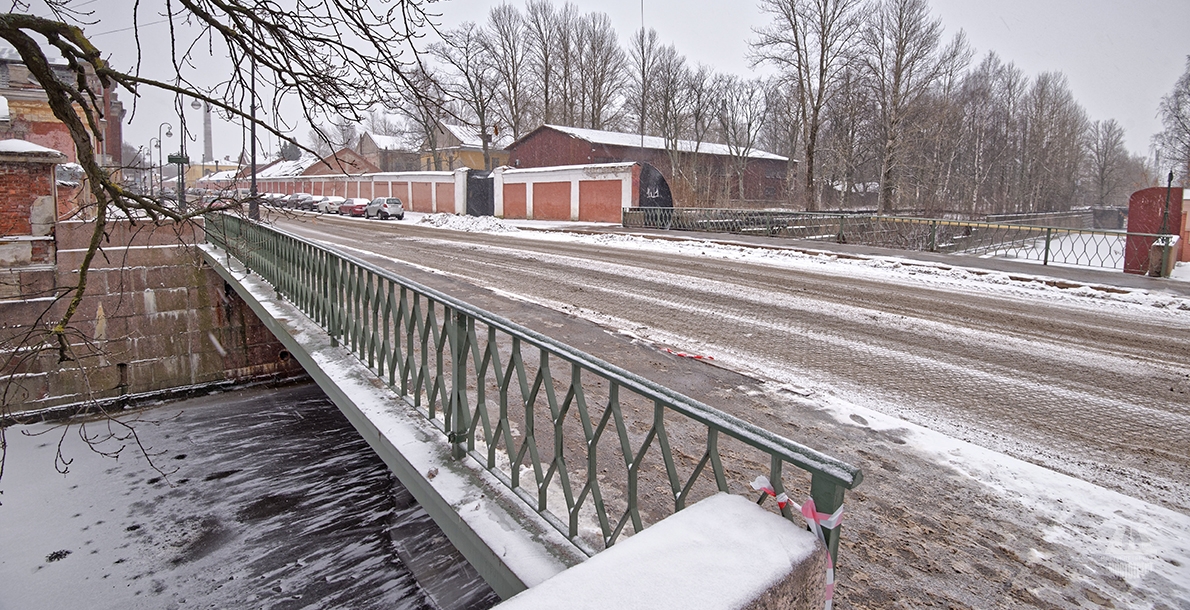 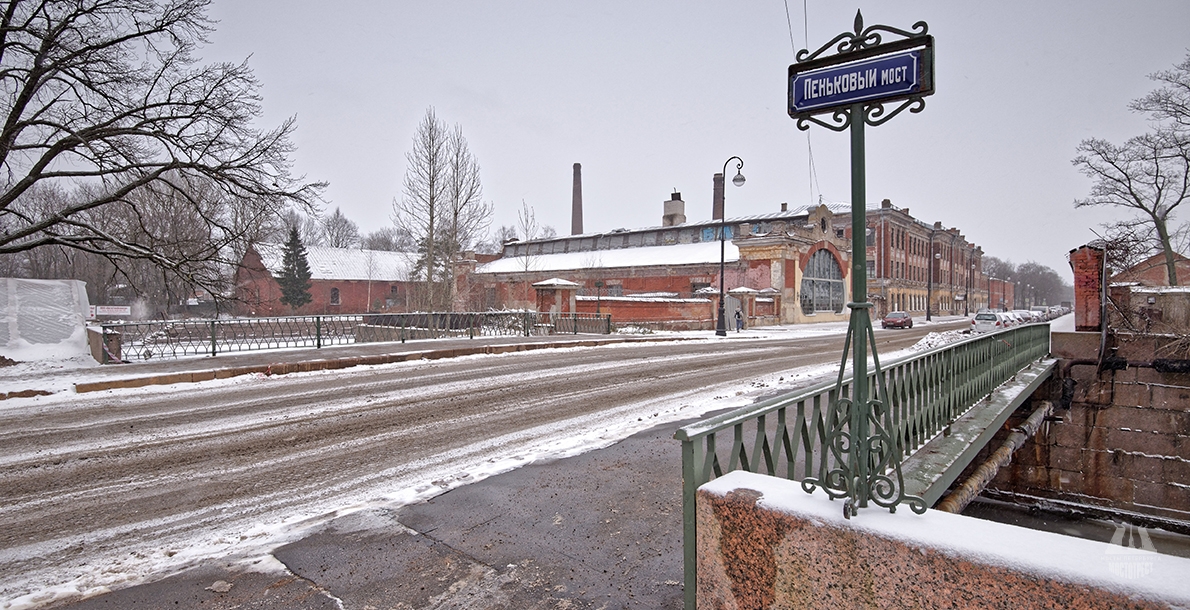 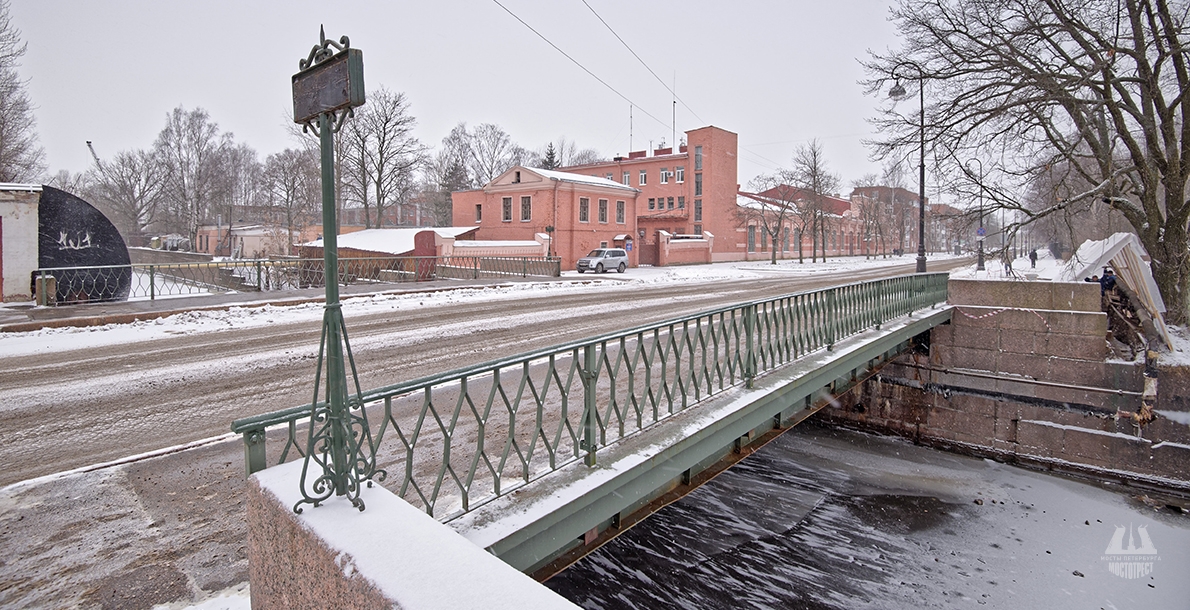 Penkovy Bridge is located in Kronstadt on Petrovskaya Street, and spans the Obvodny Canal (Kronstadt).

This is a single-span metal simple bridge.

The span structure consists of eight welded I-beams connected by orthotropic roadway slab with longitudinal ribs and transverse I-beams. The outline of a new span structure is similar to the outline of beams of a pre-existing bridge. The upper zone is outlined by the curve, and the bottom chord is a straightline.

The protective layer made of hydraulic concrete with a metal grid and a cast-iron stone block cover are laid on metal plate. The cells of the stone blocks are filled with fine-grained asphalt concrete.

The bridge abutments are made of rubble concrete masonry with hinged granite facing, which is a continuation of the granite walls of the embankment. The base of the abutments - granite slabs on timber sills. To join the abutments with filling, reinforced concrete approach slabs were used.

The bridge was built in 1873, and rebuilt in 1887-1888. Drawbridges across the Obvodny Canal, that Penkovy Bridge was originally, allowed sailing ships with tall masts on the canal.

The project of major repair of Penkovy bridge as a result of which it has got a modern appearance, was drawn up by the Lengiproinzhproject Institute (Chief Designer – B.E. Dworkin) and the bridge was built in 1971-1972.

Currently the pavement of almost all the bridges was replaced by a modern type of covering – asphalt concrete, granite slabs.