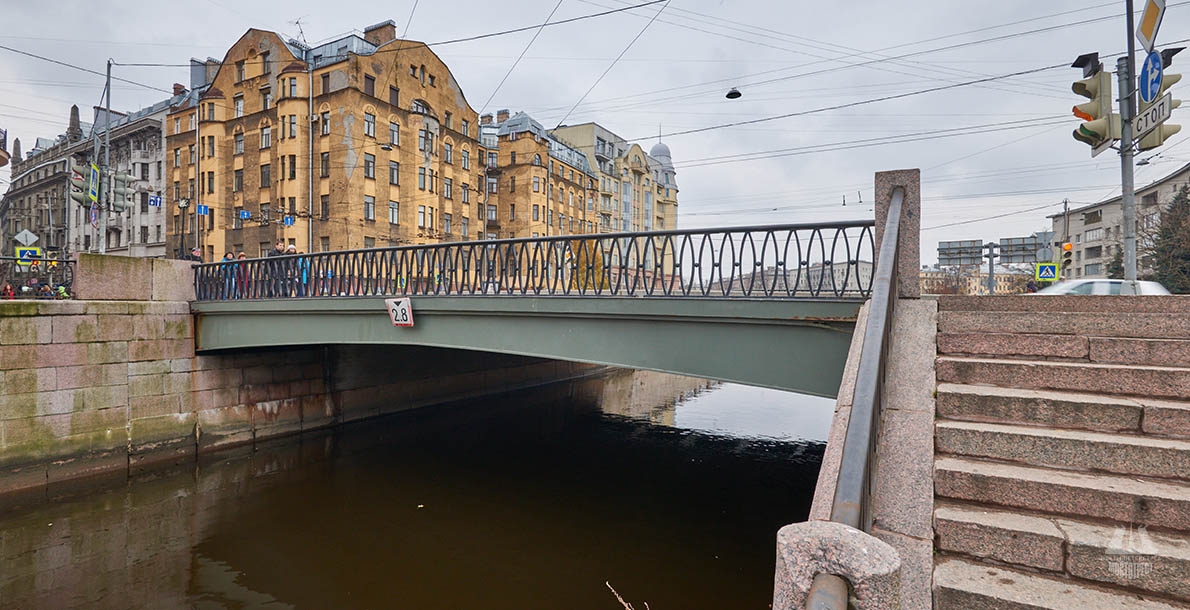 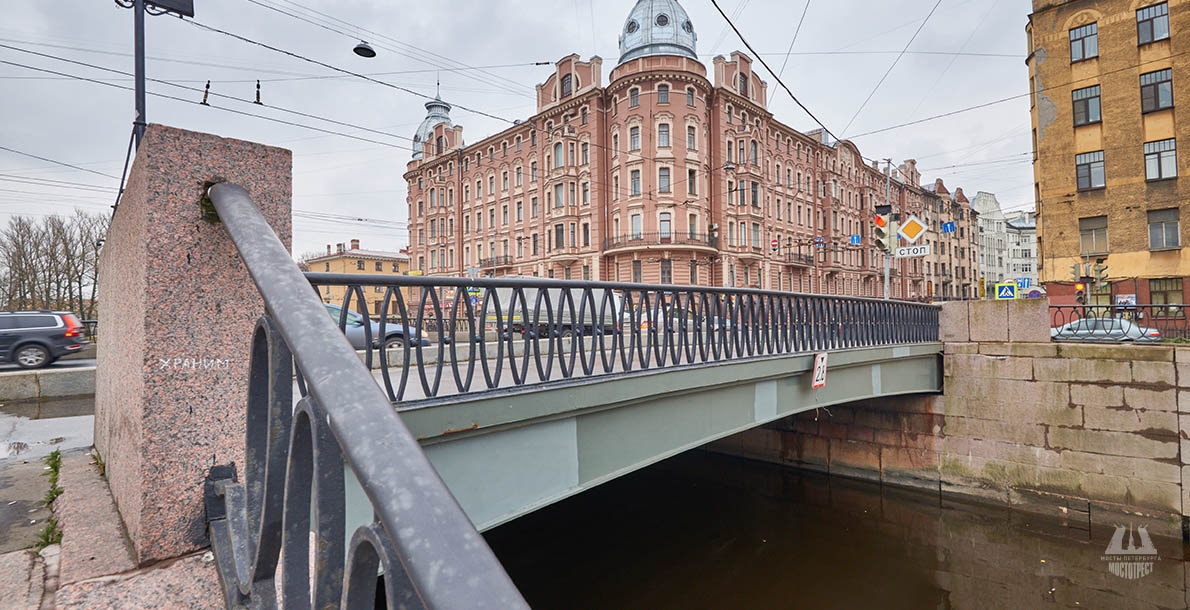 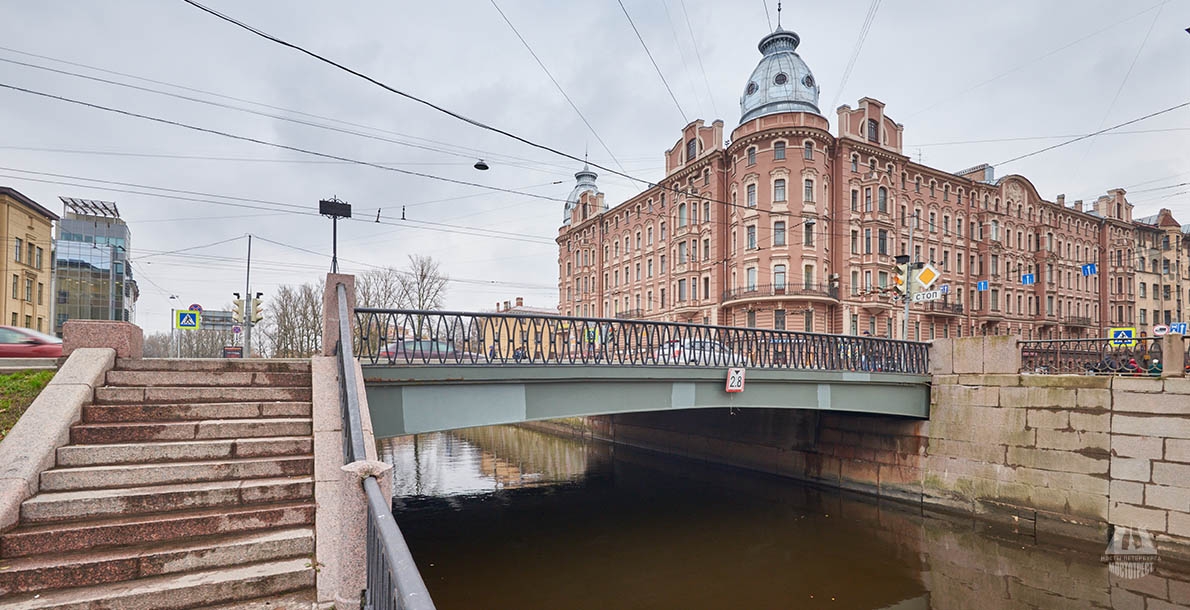 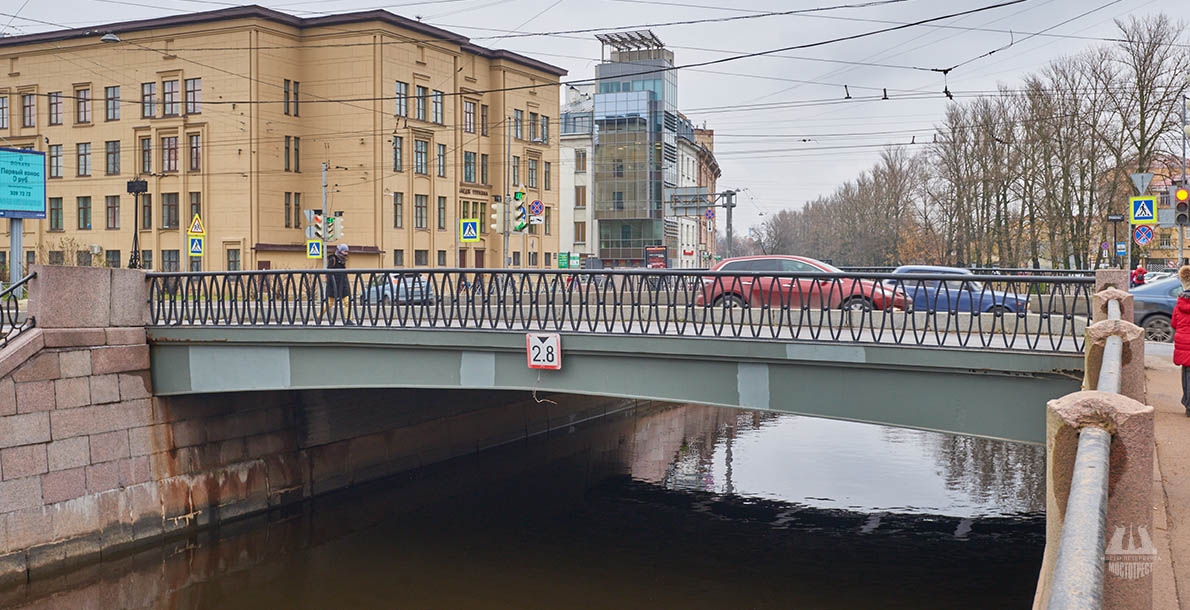 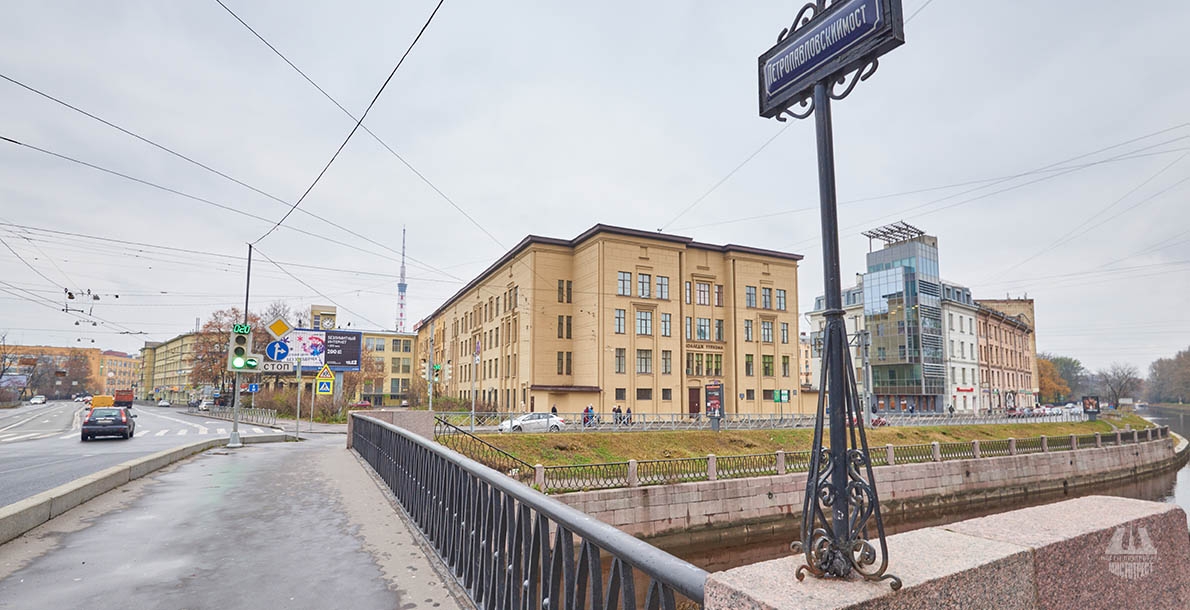 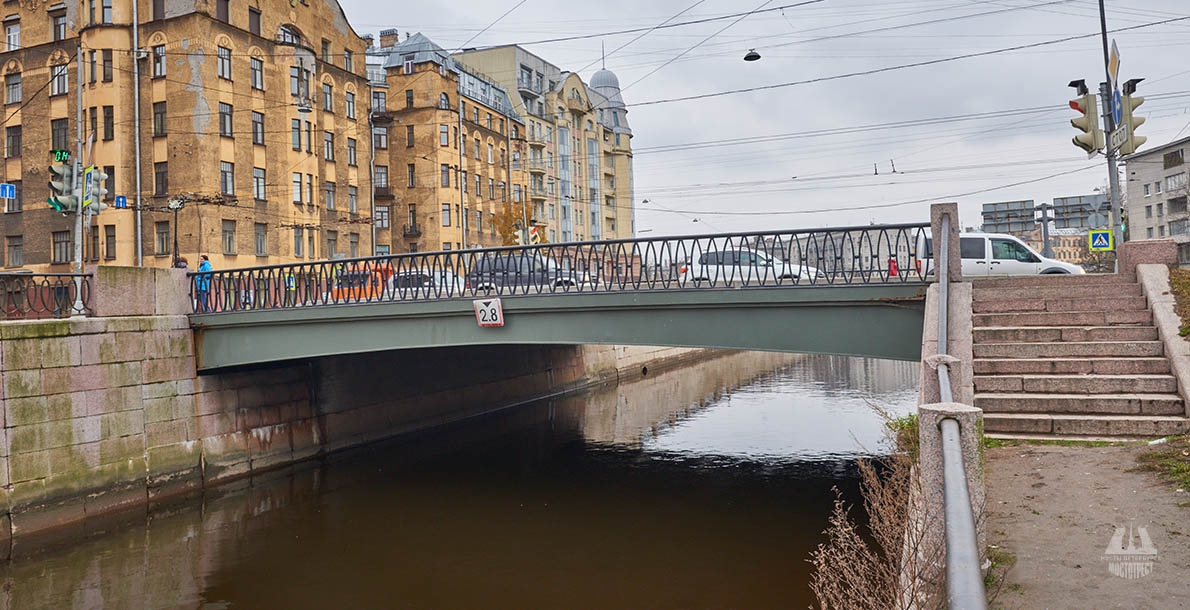 Petropavlovsky Bridge across the Karpovka River connects Aptekarsky Island and Petrogradsky Island. It is located along the axis of Bolshoy Prospect of Petrogradskaya Side and Medikov Prospect.

The old three-span beam bridge, built is 1925, was located in the alignment of Petrovavlovskaya Street, from which its name came, as well as from Petrovavlovsk hospital founded nearby in 1835 (nowadays the hospital named after F.F. Erisman). The bridge length was 27.7 meters, width is 11.9 meters.

In 1964-1965, under the project of engineer P.P. Ryazantsev of Lengiproinzhproject and architect L.A. Noskov, a wooden bridge was rebuilt in single-span reinforced concrete bridge. The axis of new bridge is shifted upstairs to Bolshoy Prospect.

The superstructure represents reinforced concrete three-hinged frame under the roadway and simply supported metallic beams, under which the tubes are located, under the sidewalks. The bridge abutments are massive reinforced concrete ones on pile foundation, protruding to the river and faced with granite. Granite stair descents to the sidewalks of the 1st tier are located at the right abutment.

The bridge railing is cast iron of original modern pattern without bollards. Granite parapets are installed at the ends of railing. Reinforced concrete slab of the roadway is included in the main beams operation. The roadway is covered with asphalt concrete pavement; sidewalks – with sand asphalt. The roadway is separated from the sidewalk by granite curb.

One of the most significant Saint-Petersburg enterprises, Lenpoligrafmash Plant, which starts its activities from the 19th century, is located nearby. Today, main part of the plant’s production is relocated to industrial area inn the north-west of the city; and modern small companies with actual developments, including, those by the plant, are located in the site on Aptekarsky Island.