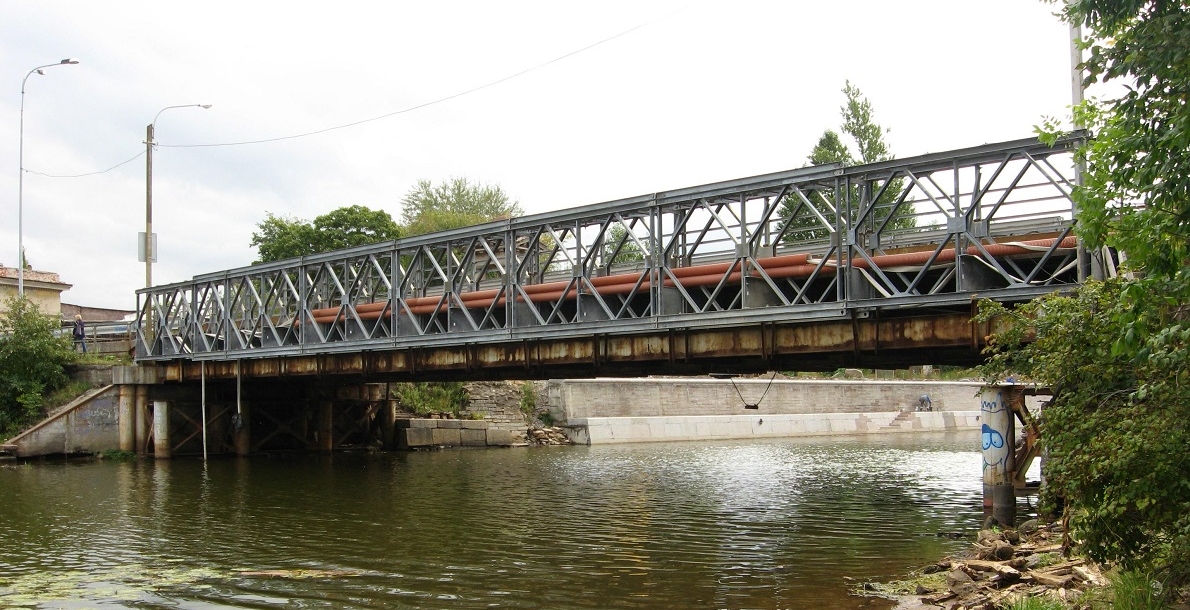 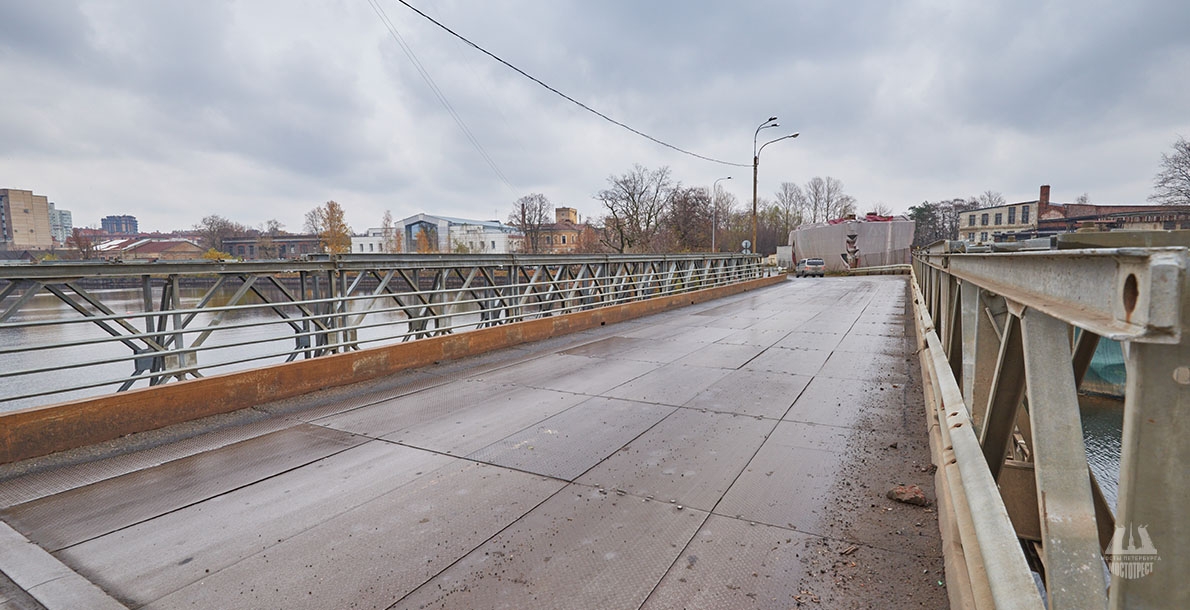 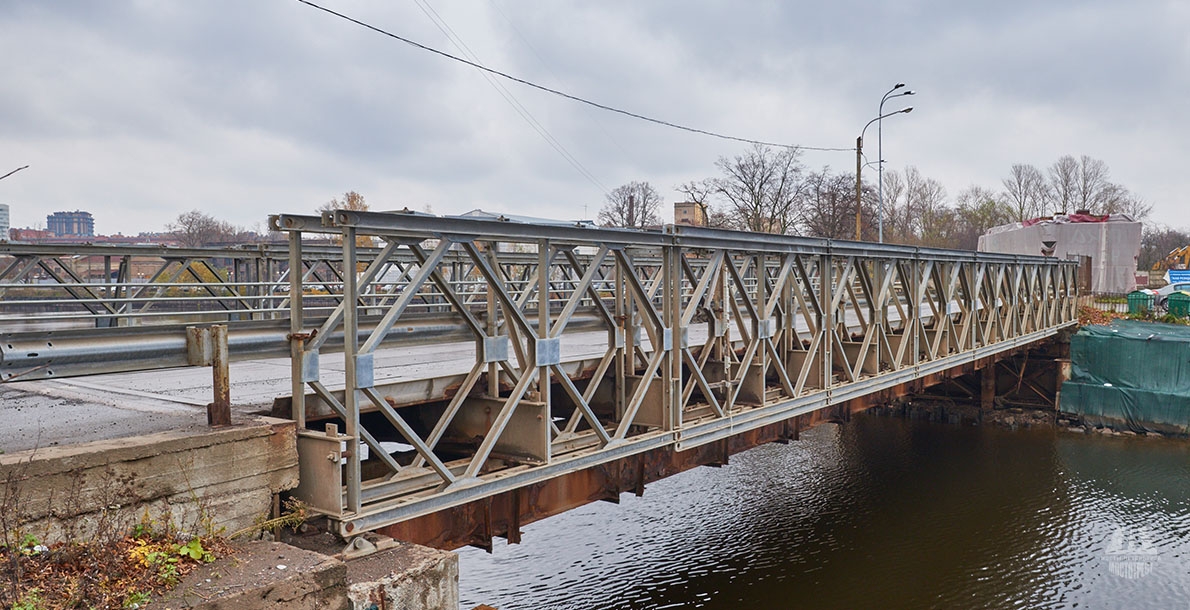 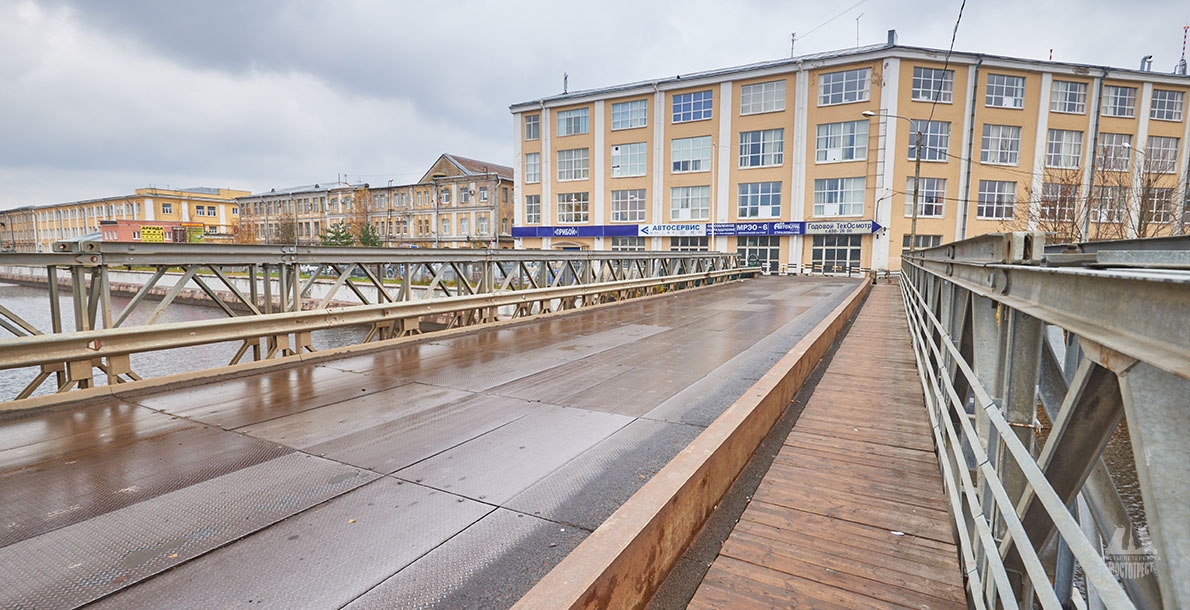 Shkipersky Bridge is located in the western part of Vasilyevsky Island near the Gulf of Finland on a former factory site.

The first bridge was built there in the 1930s, in particular, for the internal needs of the Priboy radioelectronics plant. The artificial Shkipersky Сanal named after Shkiperskaya Sloboda (the Skippers Quarter) located in this area was cut in 1721 at the time of Peter the Great.

In 1938 the factory area boundaries have changed and a wooden bridge located there to be placed in an open urban area. It was decided to completely rebuild the bridge. It was a three-span wooden simple bridge.

The span was constructed of metal I-beams of constant height. The abutments and intermediate supports were installed on wooden piles. The upper structure was a wooden one consisting of stone beams and timber decking. The sidewalk was separated from the roadway with timber fender.

In 1997 the bridge was rebuilt again under the project of R.R.Shipov. Now the span of the bridge represents a simple truss with the roadway below. The truss web is a diamond-shaped one with additional racks. The roadway consists of rolled I-beams. Elements of trusses and a roadway are galvanized.

The supports are piled ones made of metal pipes. A retaining wall behind the supports is made of reinforced concrete road slabs.

The sidewalk is separated from the roadway by metal parapet. From the upstream at a height of 75 cm semi-rigid metal fence is attached by bolts to the truss racks.

It is planned that in 2019 the interchange of the Western High Speed Diameter with Shkipersky duct will be commissioned. Thus, Vasilyevsky Island will receive the second exit from the highway.