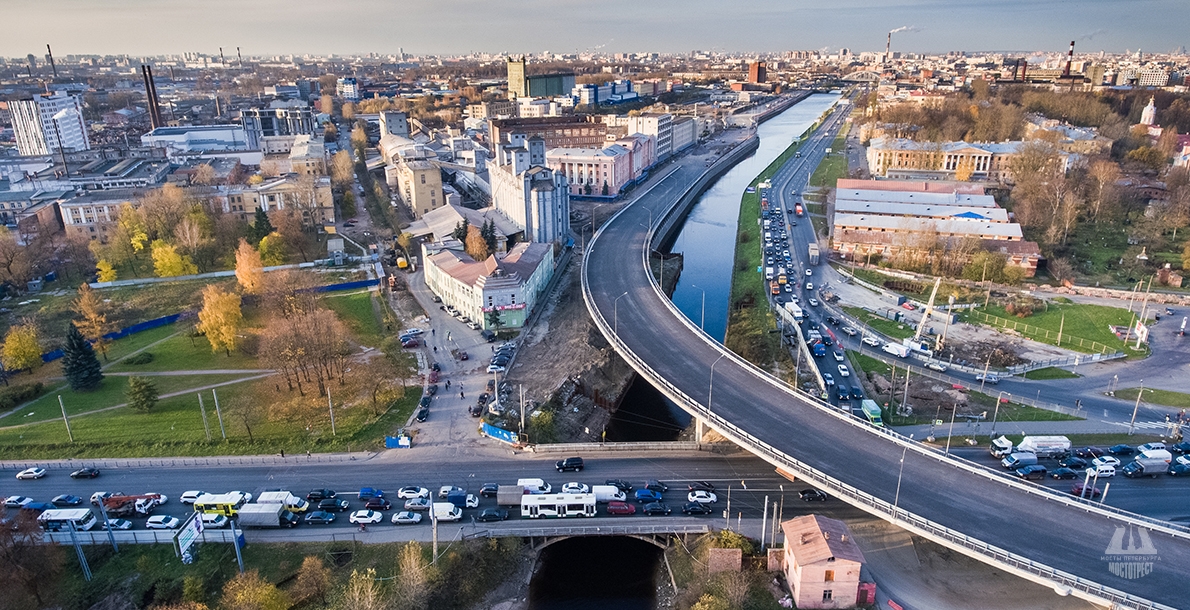 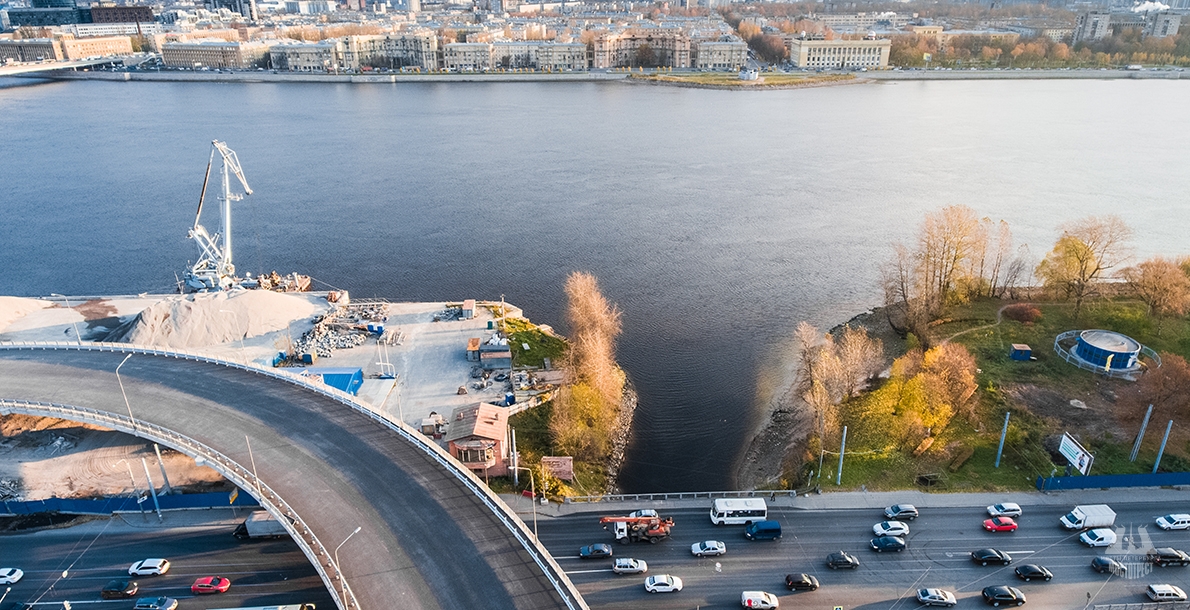 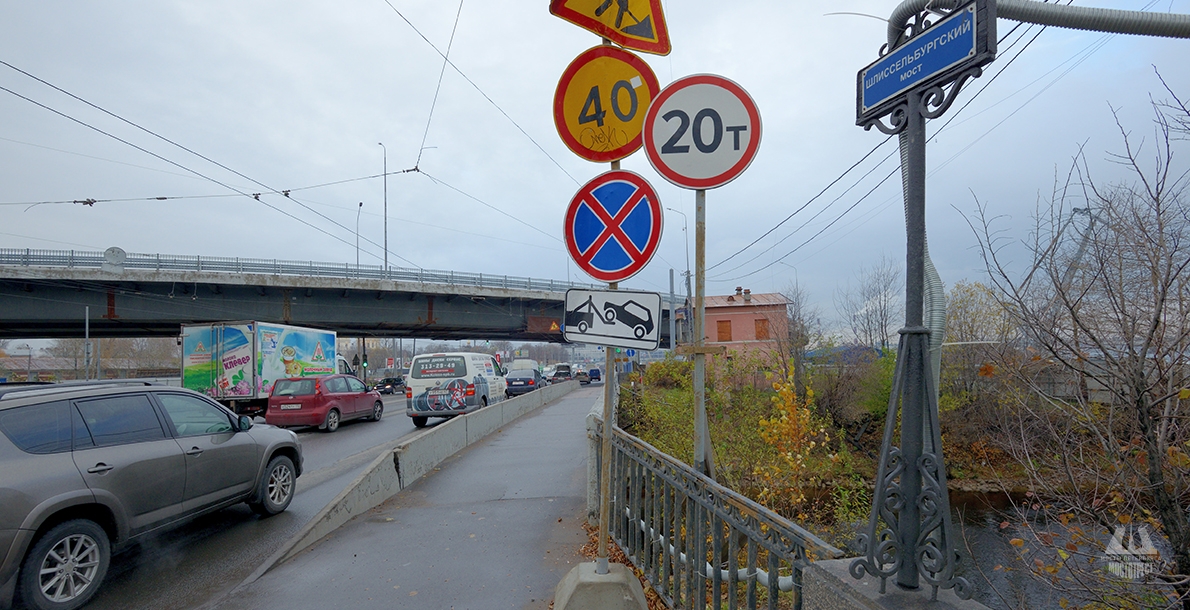 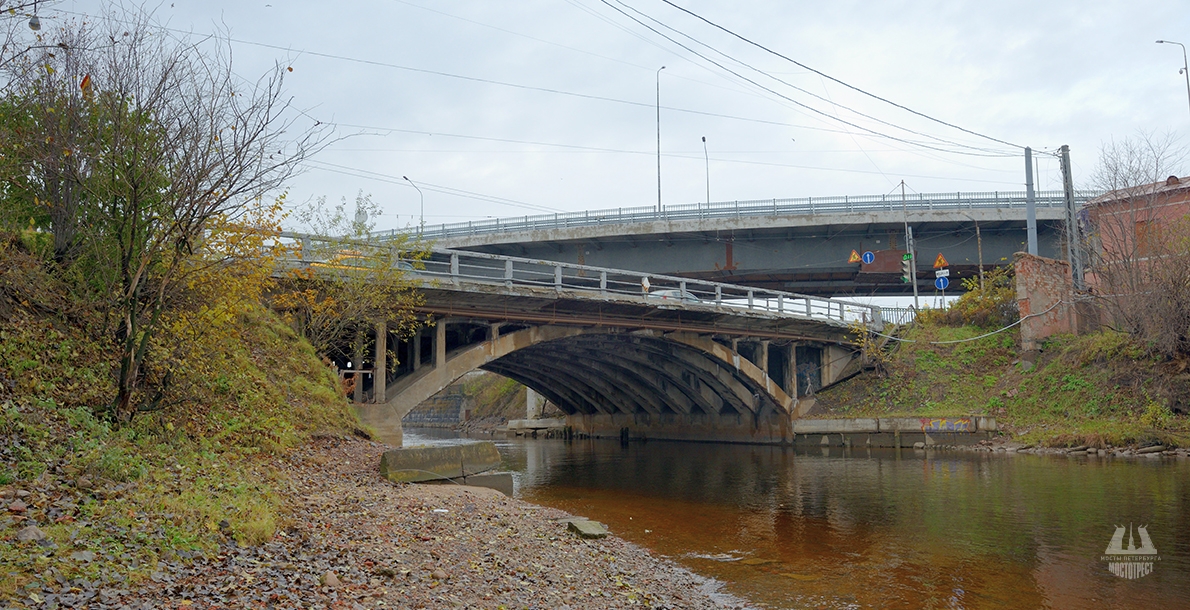 At the place where now Obukhovskoy Oborony Prospect is located in the XVIII century there was a postal way to Schlisselburg - Key City (Petrokrepost) and Arkhangelsk. Obukhovskoy Oborony Prospect got its name in memory of the great revolutionaries strike which occurred in 1901 at the Obukhov factory. The factory, in turn, was named so by the name of P.M. Obukhov, who was one of its founders. A talented engineer of mining and metallurgy, he created a new method using which the first steel cannons were cast in Russia.

The first wooden crossing over the Obvodny Canal at the point of its confluence with the Neva River appeared in the 1820s. Its first name was Zavodskoy (Factory) Bridge. In 1833, under the project of P.P. Bazen, a new single-span wooden bridge with wooden spans and supports faced with granite was built at that place. A railway line was constructed across the crossing.

In 1886 the bridge was rebuilt in the arch one with the roadway above and the stone abutments faced with granite on pile foundation. Wooden arches were made of oak timber bars. Cast iron railing was installed on the bridge; and suburban railroad track was laid.

In 1928-1929, due to the increased traffic loads, the bridge was reconstructed. Wooden arches were replaced by reinforced concrete ones.

In 1997 arches of the superstructure were repaired; high concrete railings were installed; waterproofing was arranged and tram tracks were replaced. 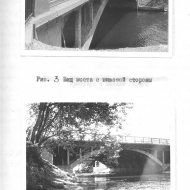