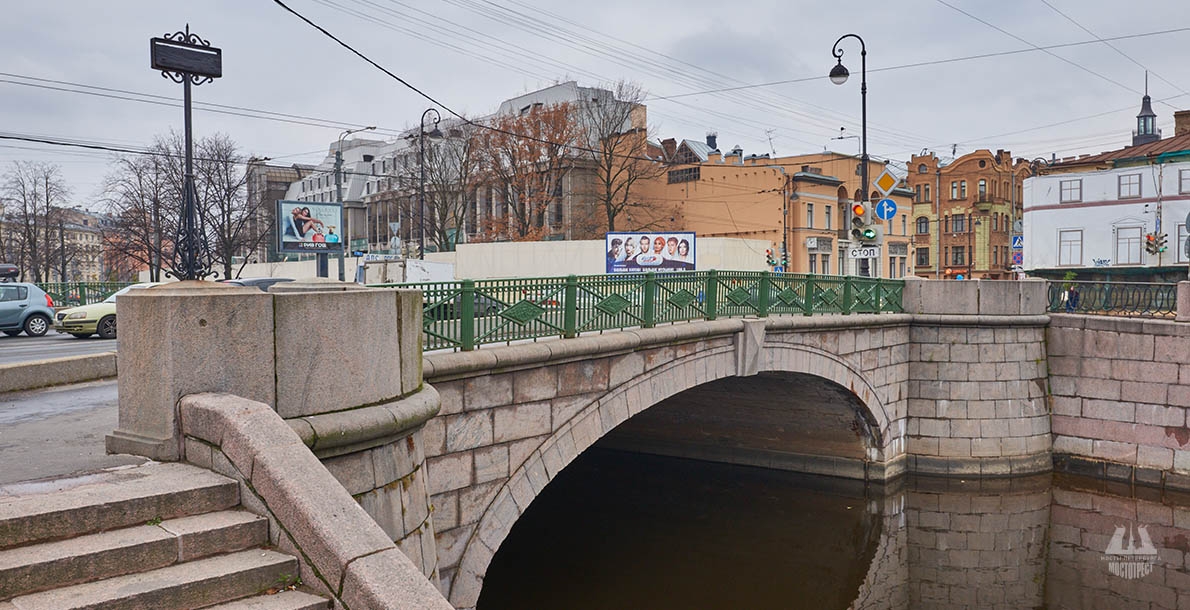 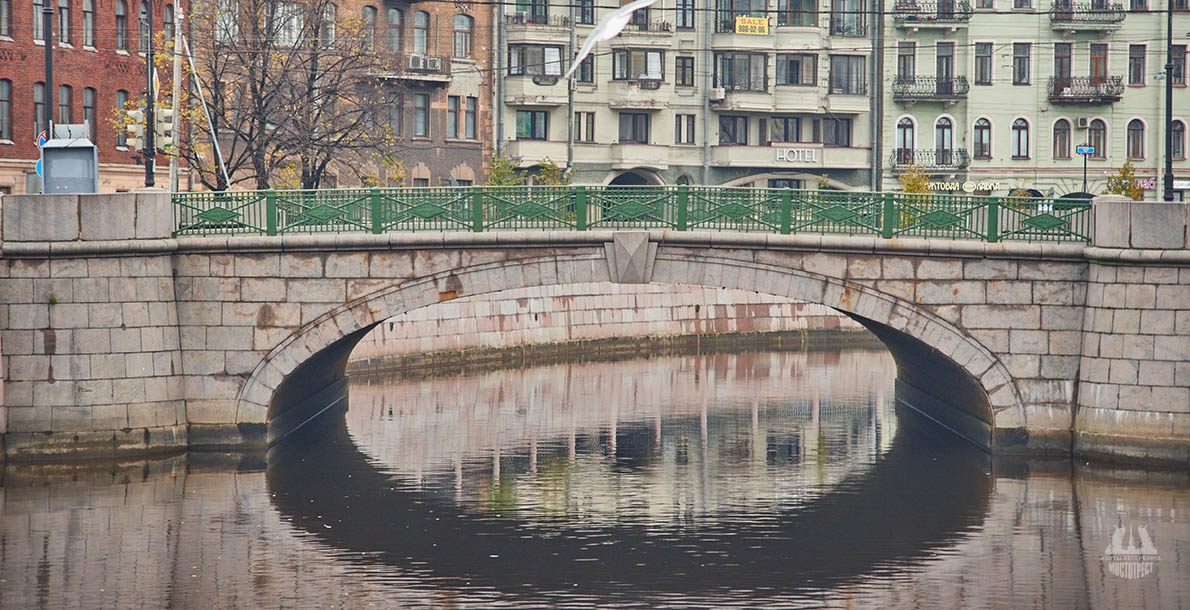 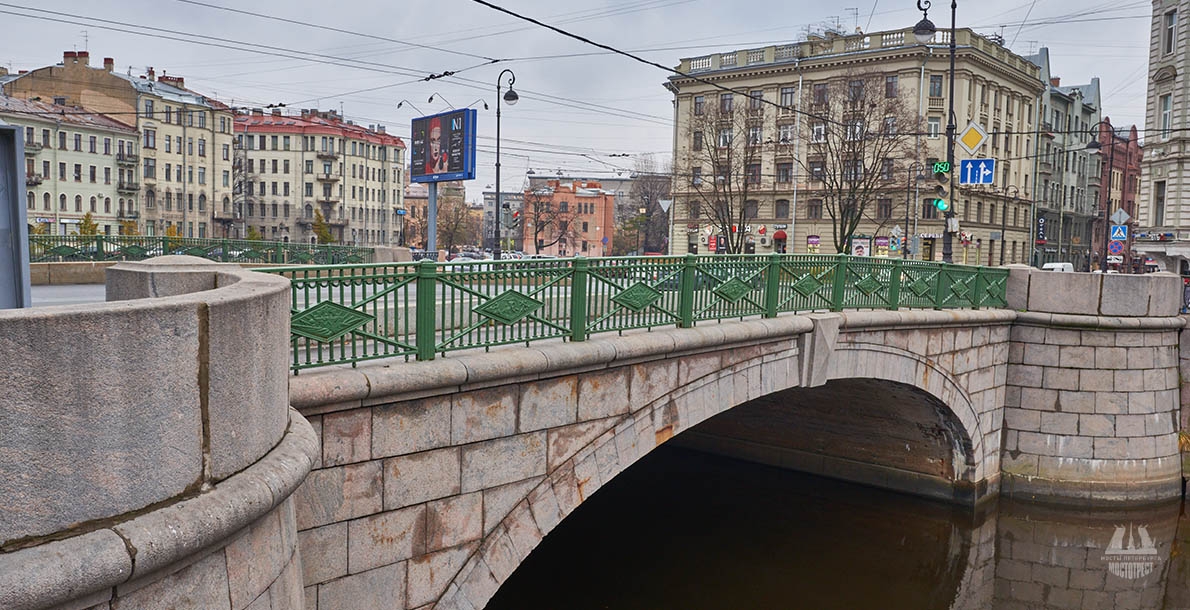 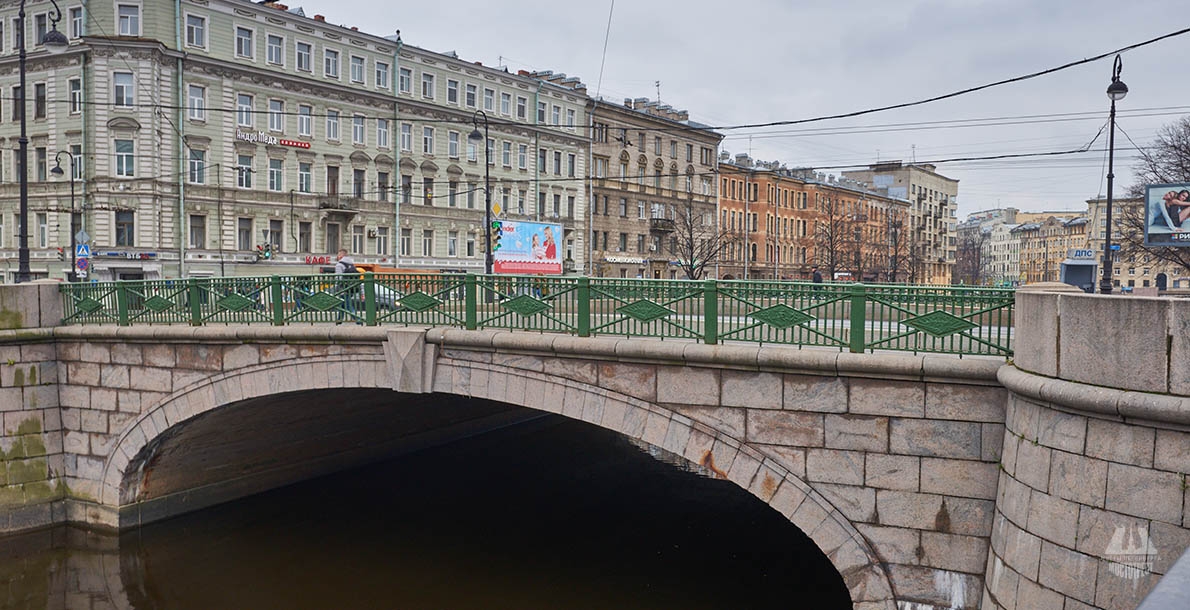 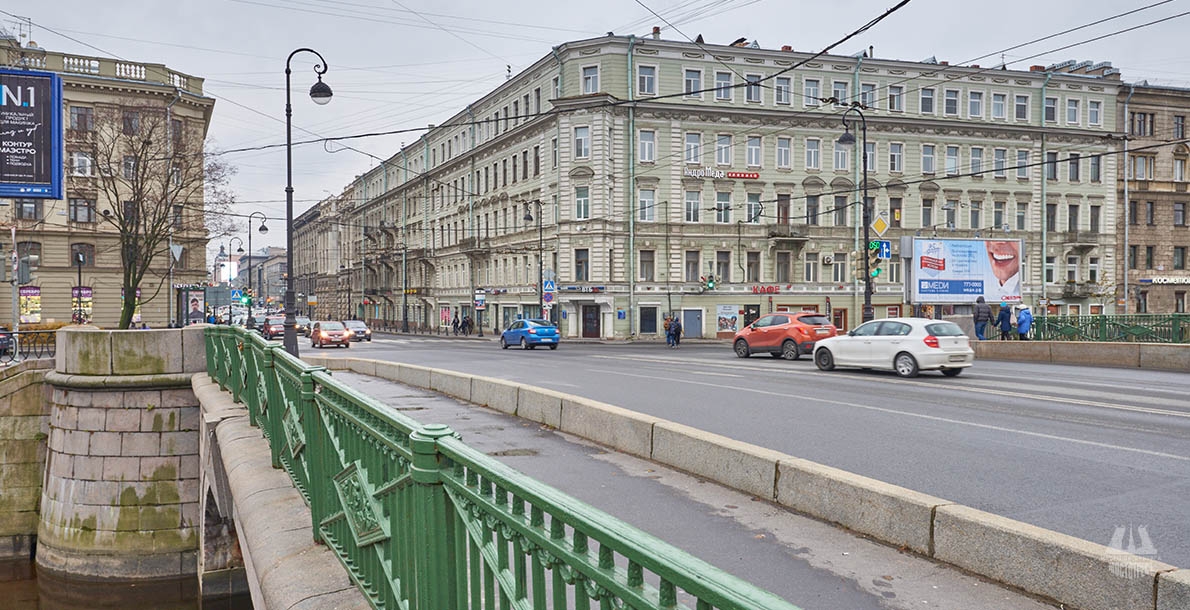 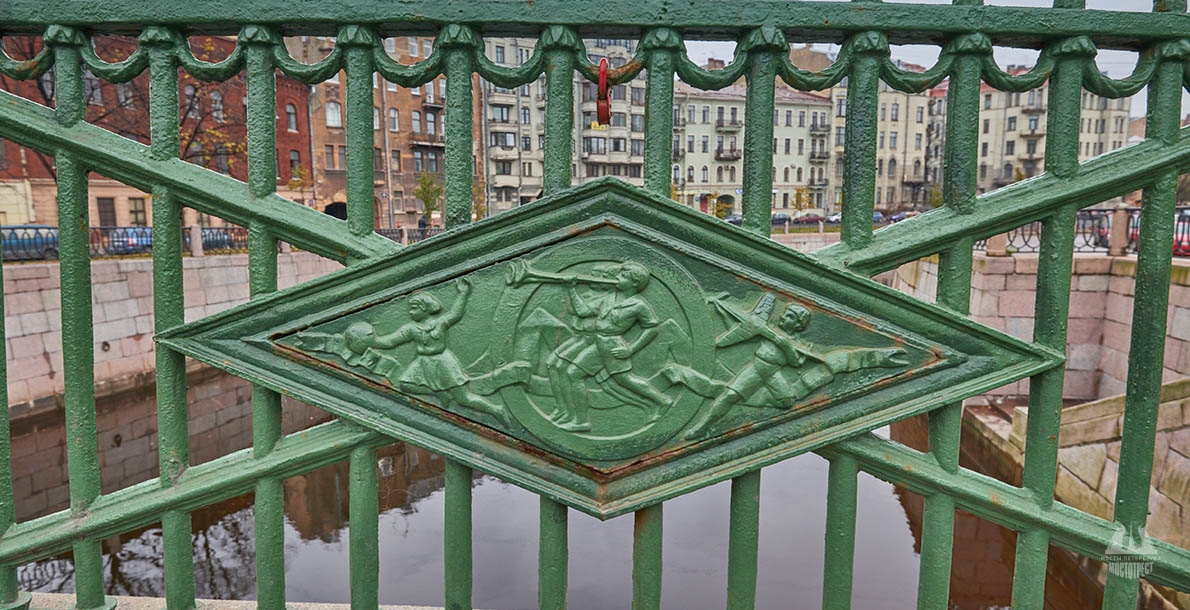 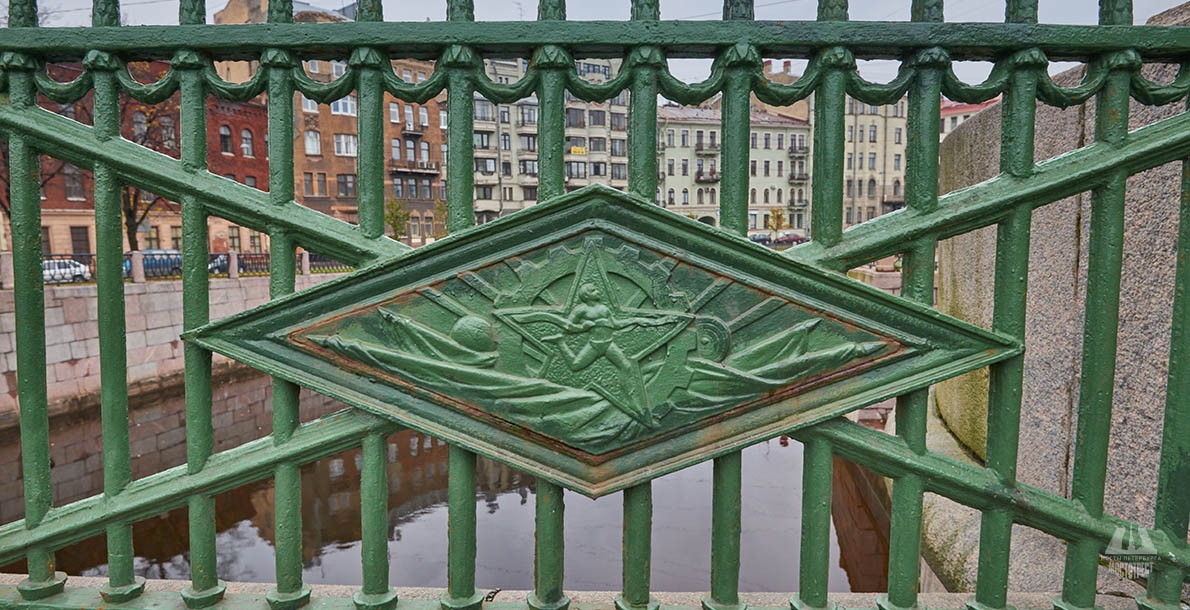 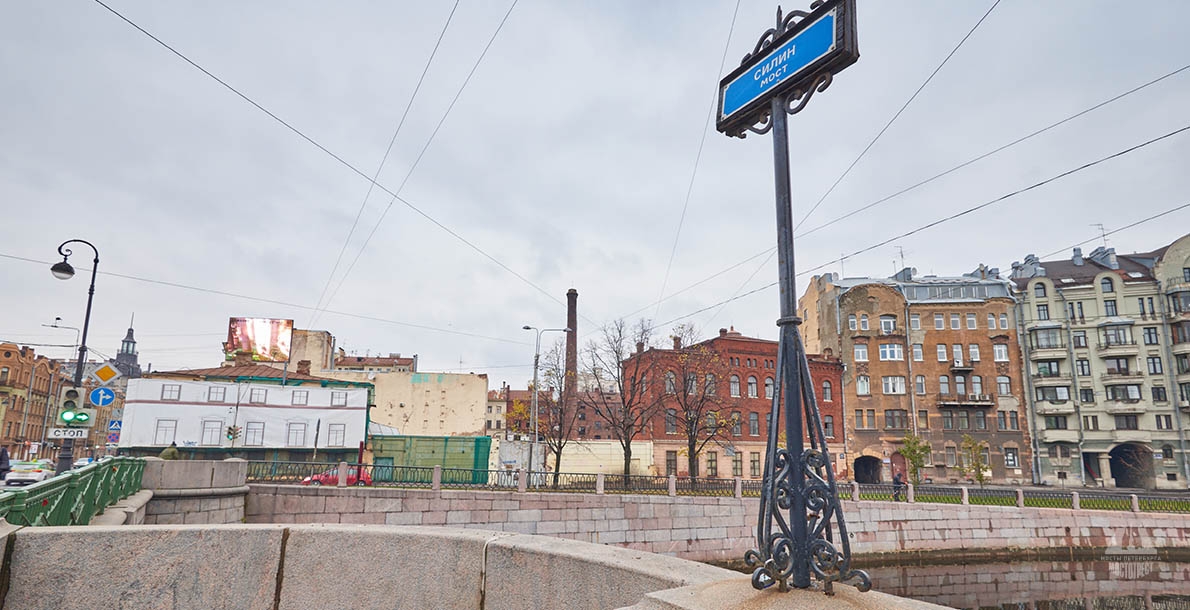 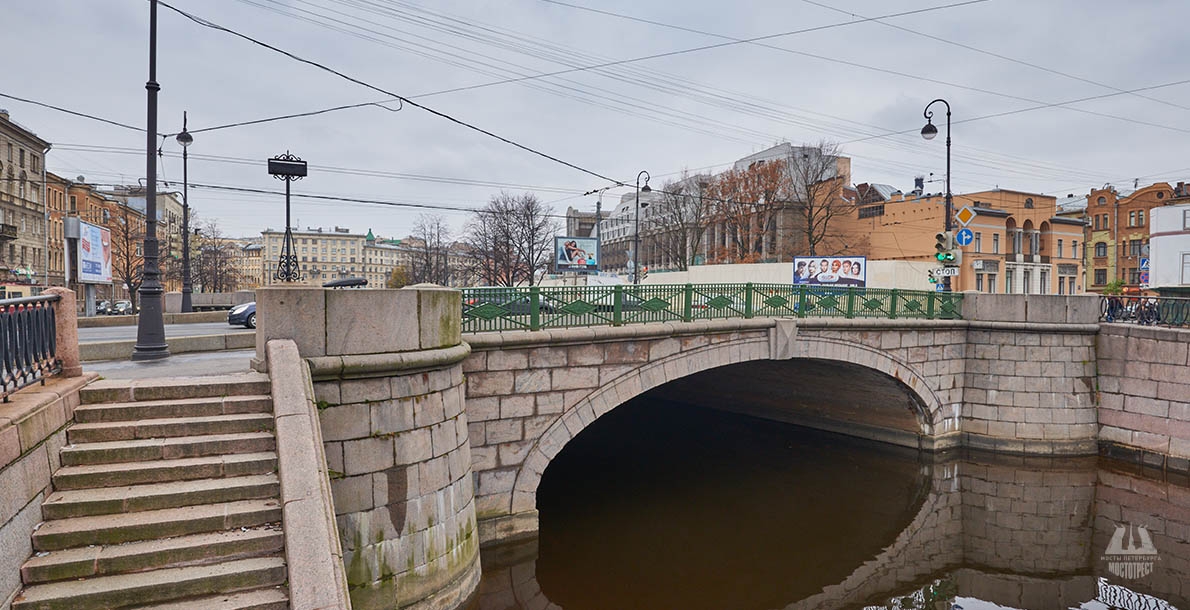 Silin Bridge across the Karpovka River connects Petrogradsky Island and Aptekarsky Island. It is located along the axis of Kamennoostrovsky (former Kirov Prospect).

In 1760s floating bridge existed here, which was constructed in the place of former transfer. Wooden bridge was constructed in 1776; it is the 2nd (after Aptekarsky) bridge on Karpovka by its return. It was named after the owner of land plot. The bridge was a wooden beam one with wooden decking and fencing of posts and strengthening lines. The wooden bridge was repaired several times. The bridge length was of 35 meters, and width 10.8 m.

In 1936, under the project by engineer A.D. Saperstein and architect K.M. Dmitriev, the bridge was reconstructed to single-span concrete arch one. The superstructure represents two-hinged arch; and according to the design - the concrete arch, which lower surface has elliptical shape.

Superstructure facades are lined with pink granite with rustication granite in the catch. The bridge has massive stone abutments on pile foundation. Art cast iron grids with bronze bas-relieves made by sculptor L.A. Dietrich, and cast iron tombs were installed above the superstructure; granite parapets are installed on the abutments. The roadway is separated from the curb by granite kerb stone.

In 1936 (when replacing wooden bridge by reinforced concrete one), the bridge was renamed to Pionersky and had this name before 1991, until its original name was restored.