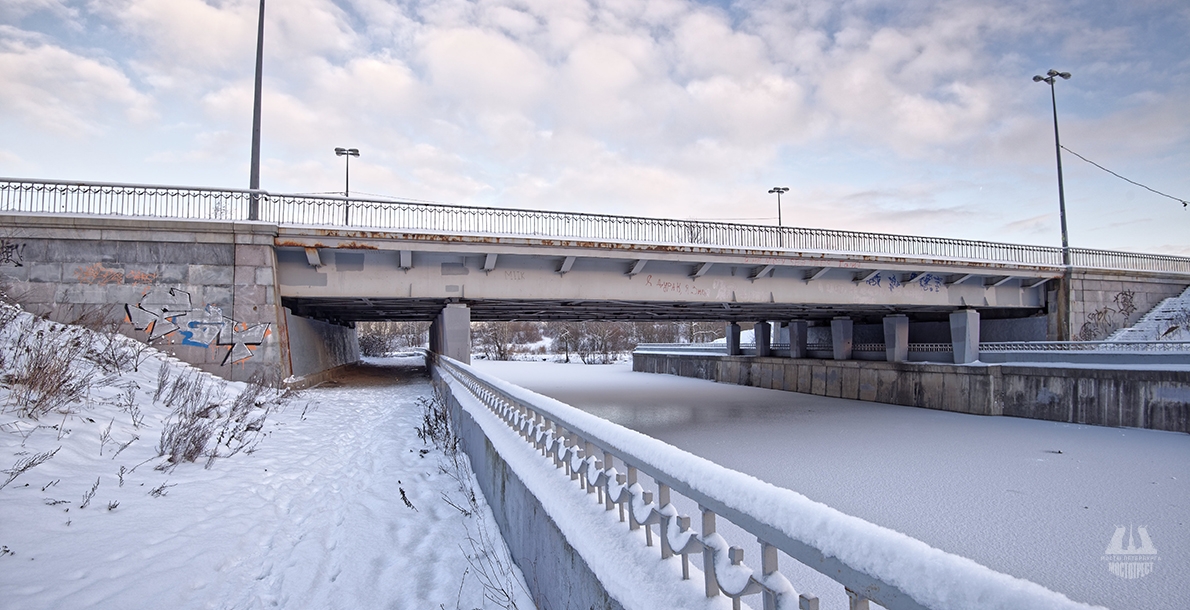 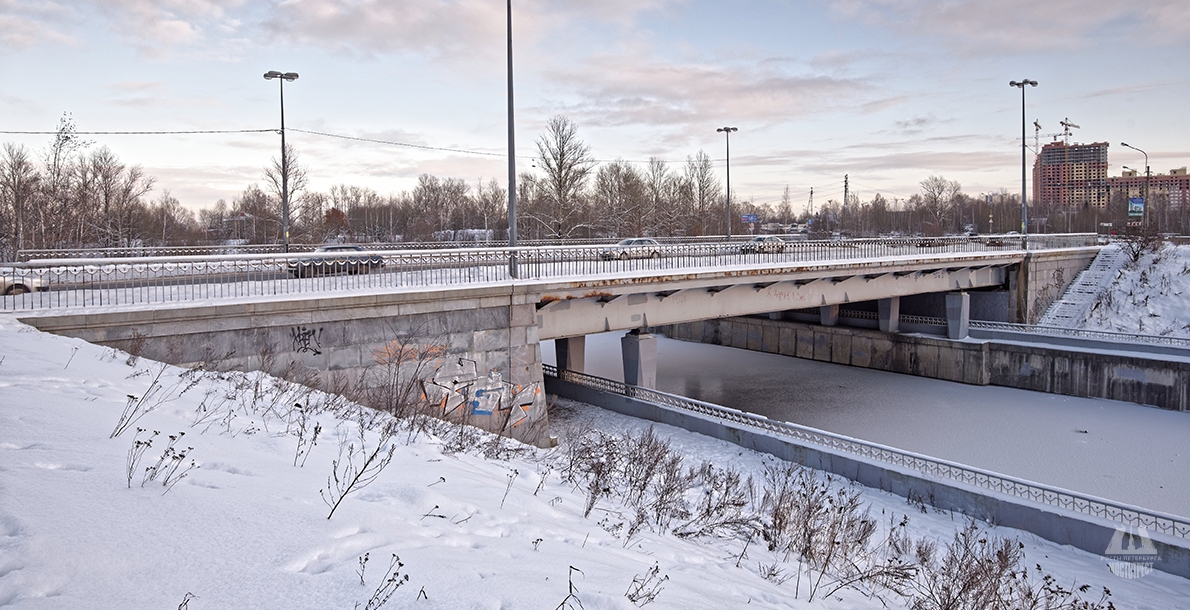 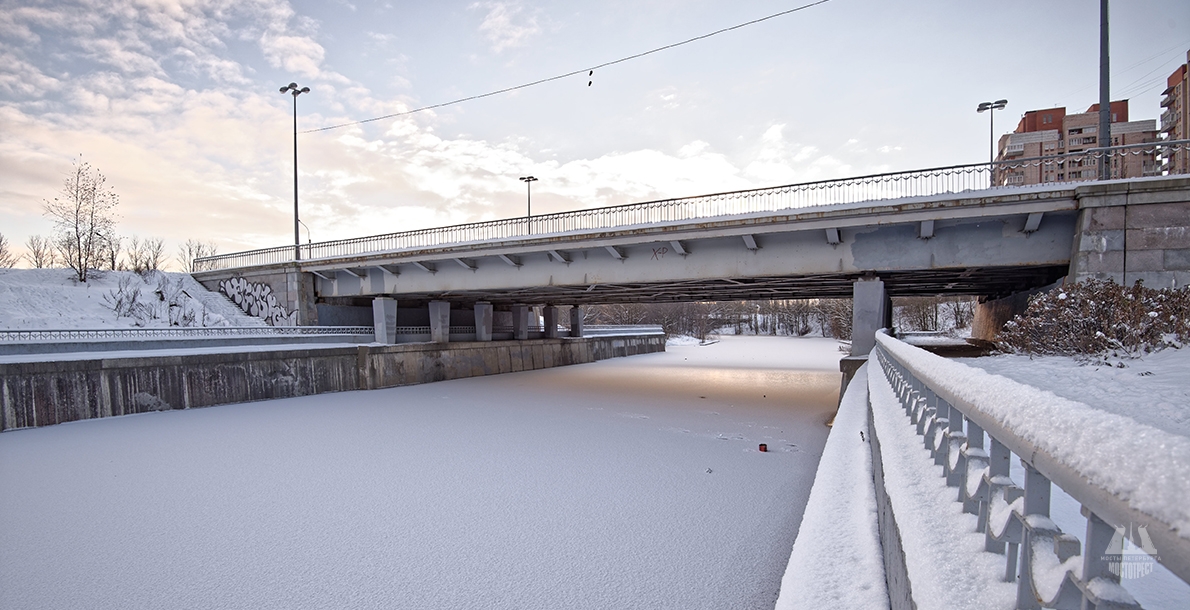 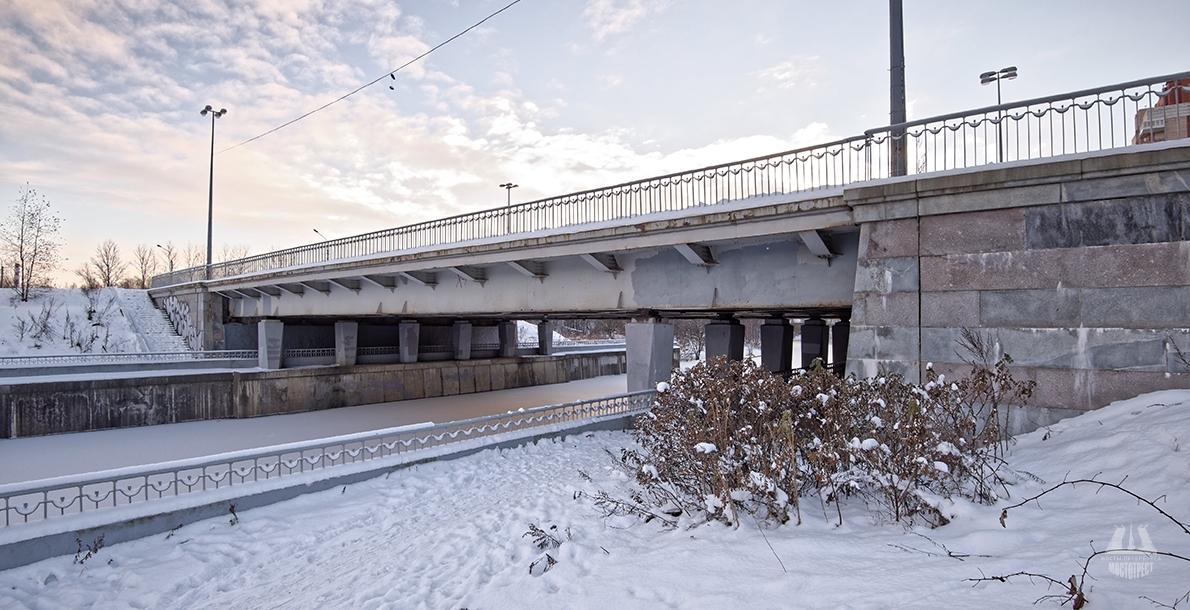 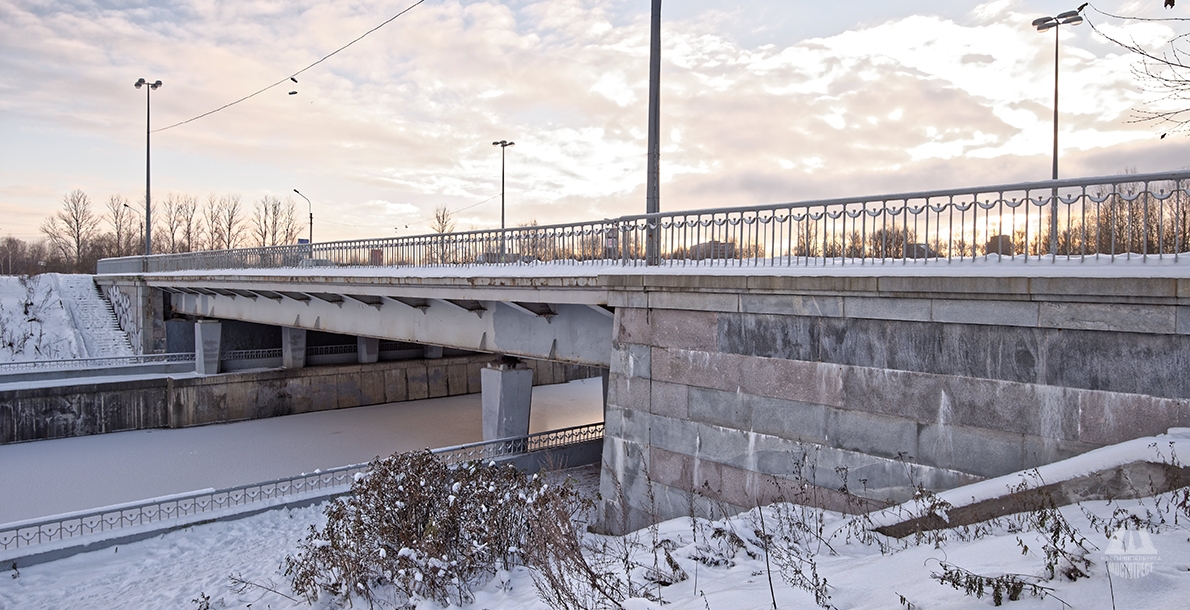 The Slavyanka River is a tributary of the Neva River. It flows through Baltic Hills and begins from several ditches in swamped low land 9 km to the south west of Pavlovsk. Along the upper reaches upstream Pavlovsk, the valley is narrow and wandering with 3-4 m bed width and fast current. Then, the valley becomes wider, the bed width reaches 12-15 m, and the current becomes slower. In Pavlovsk the Slavyanka River supplies water to the ponds of the palace and park complex. It is used for water supply and recreation. In the 1790s a dam – Marienthal Pond – was arranged in Pavlovsk downstream at the confluence of the Tyzva River to the Slavyanka River. In 2010 a new micro-district Slavyanka belonging to Pushkinsky District of St. Petersburg got its name from the Slavyanka River.

As for the bridge, it was built in 1997 during construction of a new transit road bypassing Rybatsky Prospect. The bridge was built under the project of Lengiproinzhproject (authors of the project: engineer R.R. Shipov, architect Yu.G. Shindin). The building contactor carried out works on the bridge erection is ZAO Trust Lenmostostroy.

In accordance with the order of the governor of St. Petersburg dated November 16, 1997, the bridge was named Slavyansky.