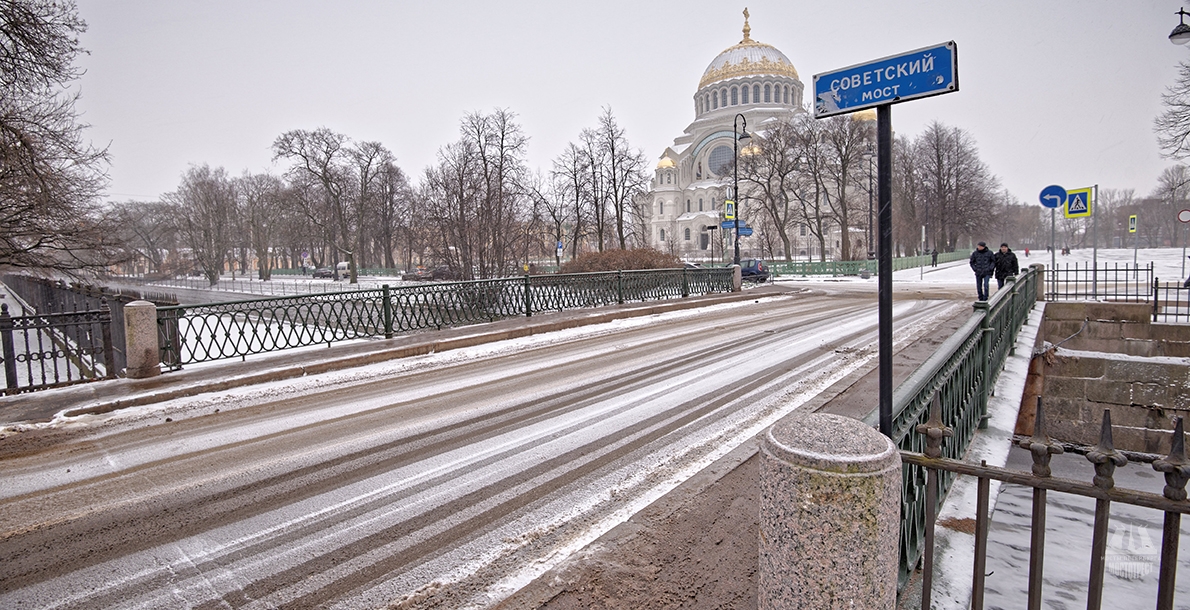 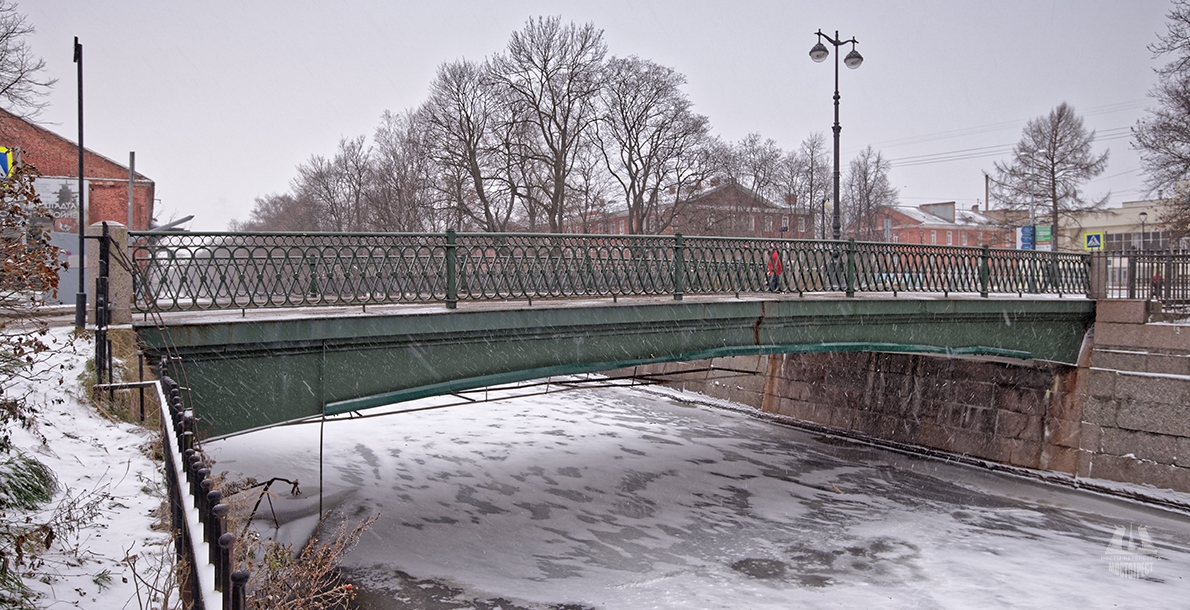 Sovetsky Bridge is a road bridge in Kronstadt, it spans the Obvodny Canal (Kronstadt) in the alignment of Roshal Street.

The bridge design is a single-span concrete frame with the hinges in the middle of transom. The hinges are designed as an embedded part in monolithic transom with metal supports of the tangential type.

Such a scheme of single-span concrete bridges began to be used in Leningrad since the middle of the 1960s.

The sidewalks are arranged at a higher level above the roadway bordered by granite curb.

The metal welded railings of individual design are installed on the bridge. The roadway and the sidewalks are covered with asphalt concrete. There is street lighting on the bridge. It is connected with the bank without approach slabs.

The bridge was built in the period from June 1972 to December 1973 by the efforts of the SU-2 of Trust Lenmostostroy. The project was developed by Lengiproinzhproject (author – L.N. Sobolev). The Directorate for Bridges Construction of Lenmosttrest was the customer.

Sovetsky Bridge is located at Sovetskaya Street and adjacent to Yakornaya (Anchor) Square, where St. Nicholas Naval Cathedral - the main attraction in Kronstadt – is located. Earlier, in the years of Peter the Great, an ordinary wooden drawbridge, which was called Yakorny, was located at this place. This name was given to it because of the fact that in those days the property, including the anchors from decommissioned ships, was stored on squares.