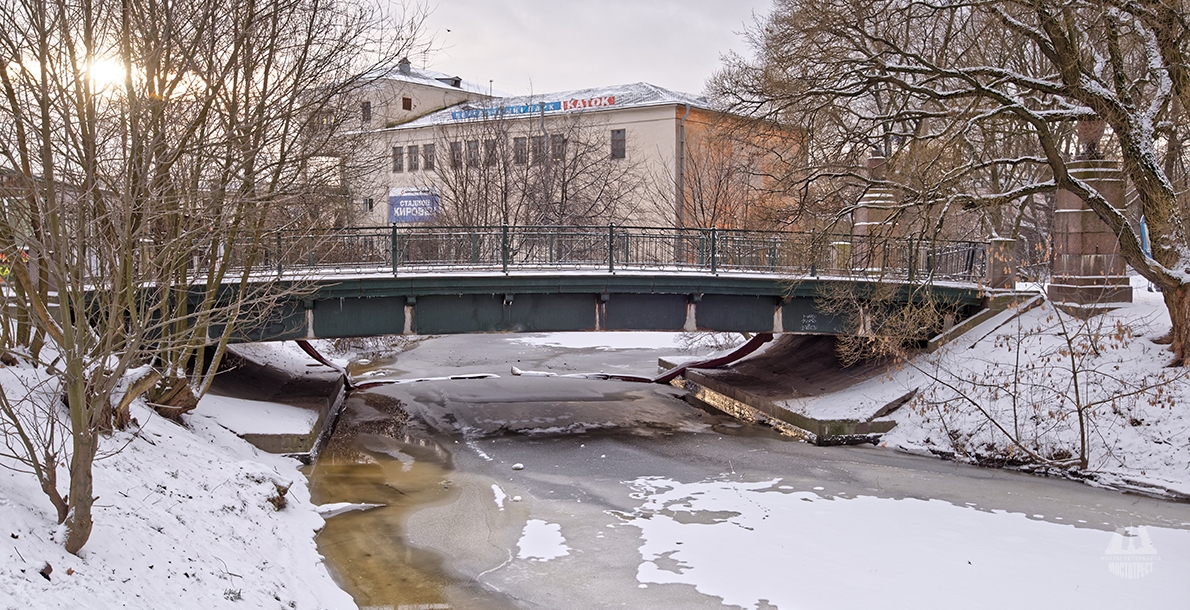 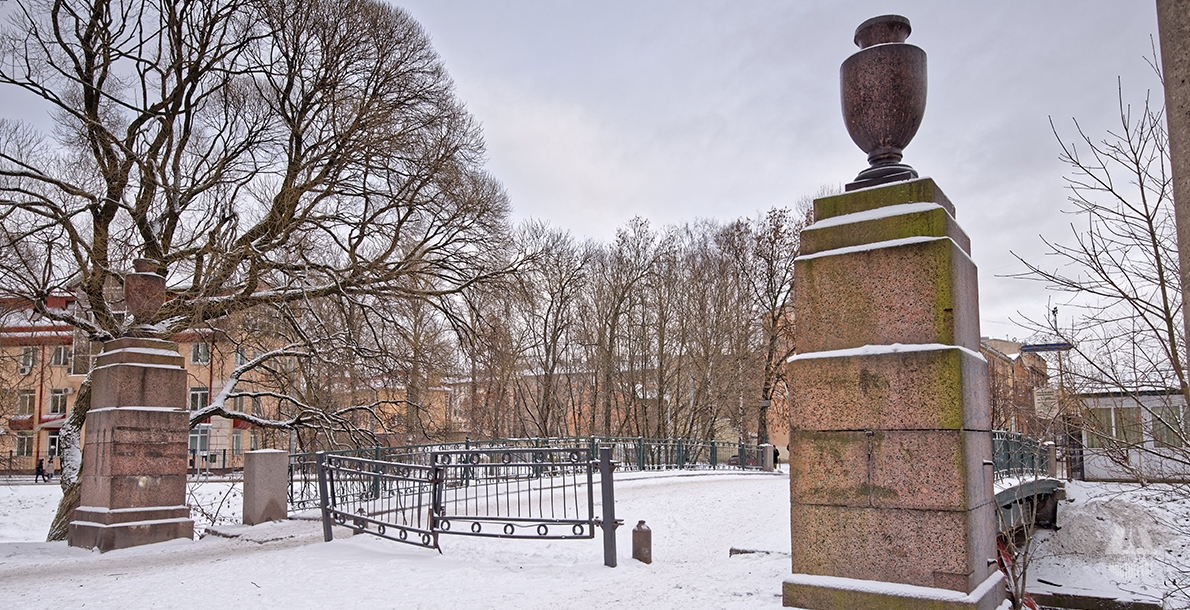 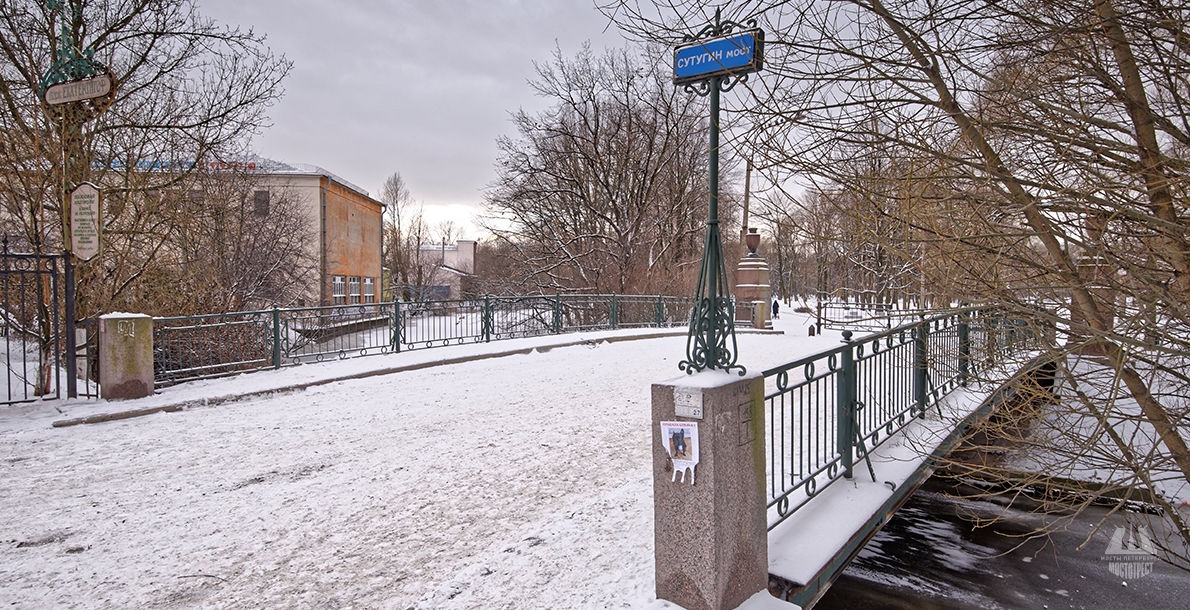 Sutugin Bridge spans the Bumazhny Canal and is located in line with Perekopskaya (former Sutuginskaya) Street at the entrance to Ekateringof Park near Narva Triumphal Arch The names of the bridge and the street are associated with the Sutugin Dacha located nearby and built in 1815 for merchant Matvey Sutugin.

Since the end of the XVIII century, a wooden beam bridge was located there which was repeatedly repaired and rebuilt.

In 1945 the wooden superstructure was replaced with a metal one made of I-beams, and wooden decking - with timber slabs and asphalt concrete pavement. Metal railings of a simple pattern with granite bollards at the ends were installed on the bridge.

In 1979, under the project of engineer V.N. Shlotsky of Lenmostotrest design team, the bridge was rebuilt in a single-span metal simple one. The bridge superstructure consists of I-beams with a curved outline of the bottom chord. The bridge has massive reinforced concrete abutments on pile foundation. On the right abutment, red granite vases of the XIX century are installed on the pedestals. The roadway consists of reinforced concrete slabs with asphalt concrete pavement. Sand asphalt is laid on the sidewalks. The roadway is separated from the sidewalks by granite curb. The railings - metal welded gratings with metal bollards (park type) - are installed on the bridge.

The bridge is closed for through vehicle movement. A metal railing is installed from the park side.