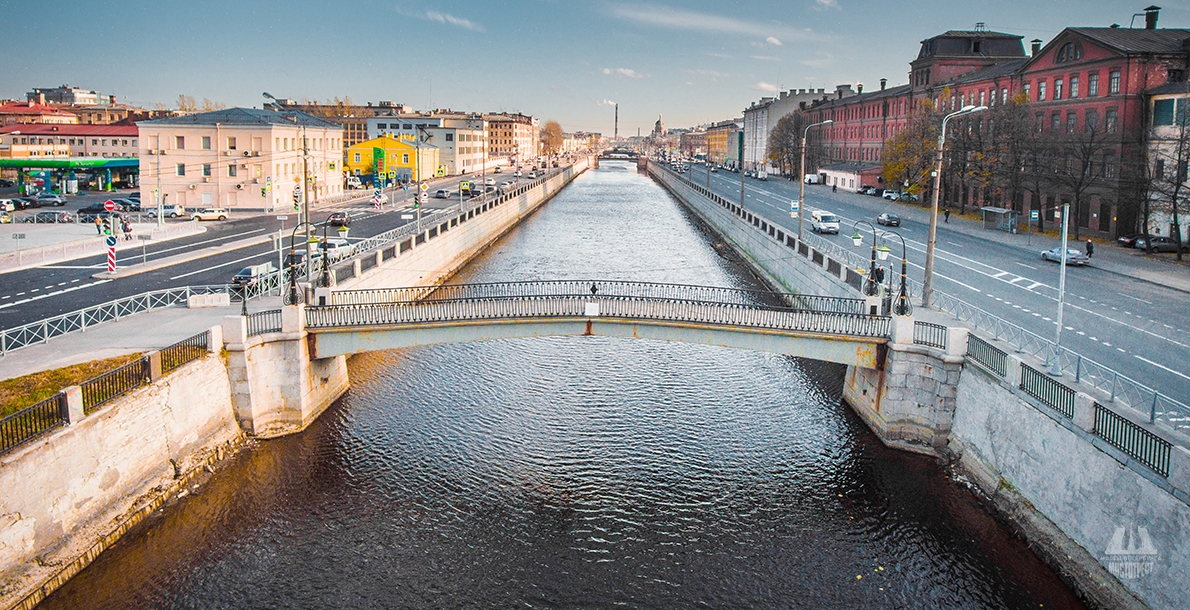 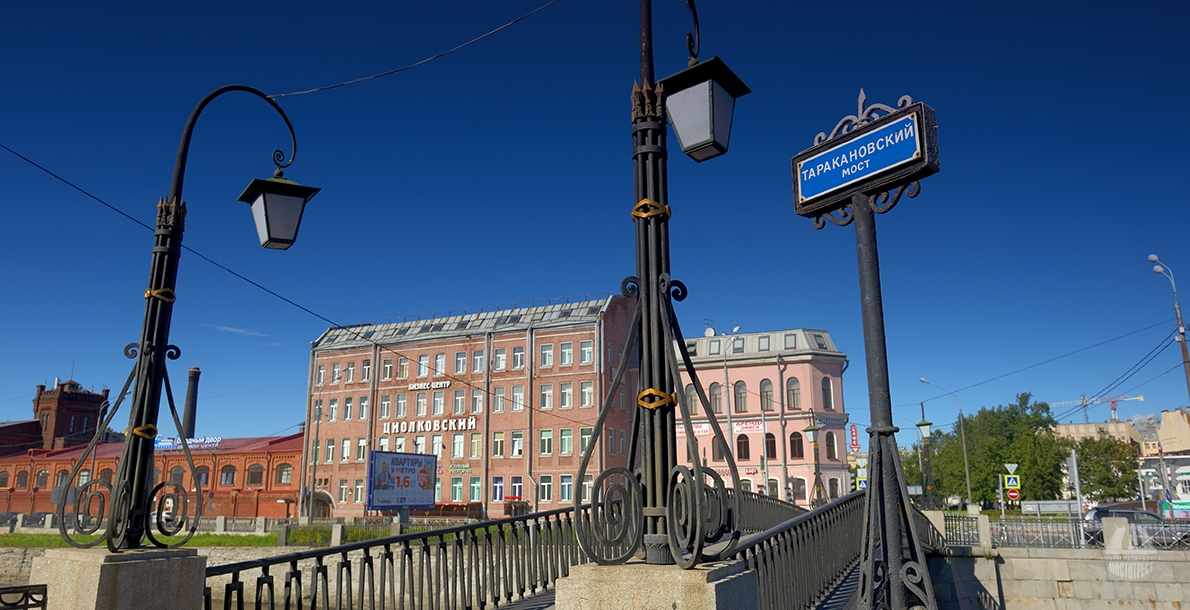 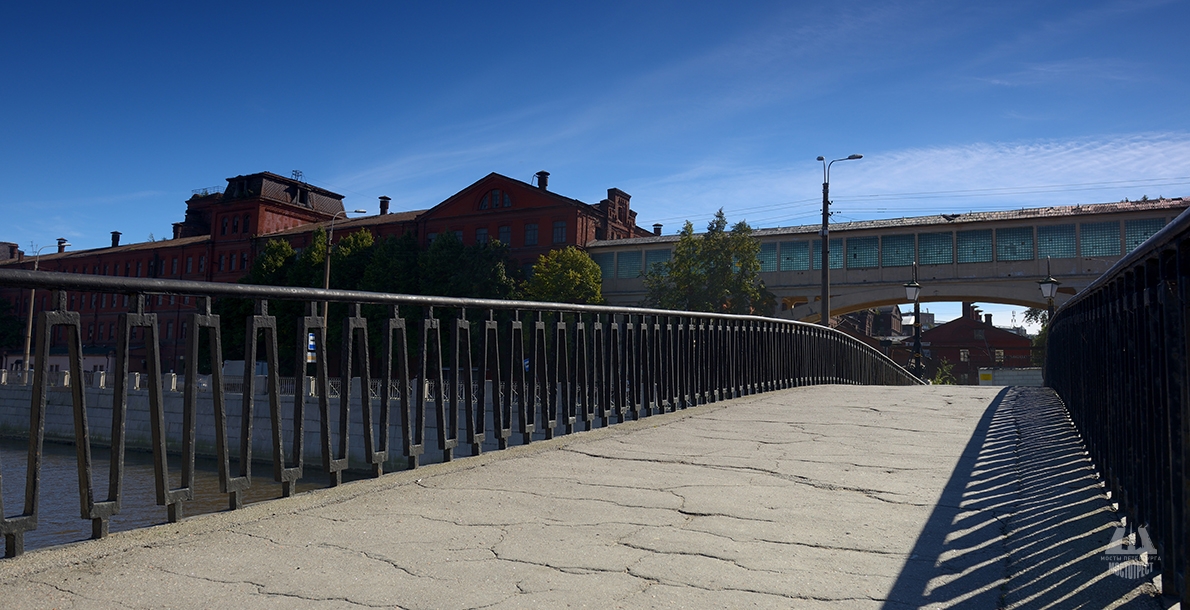 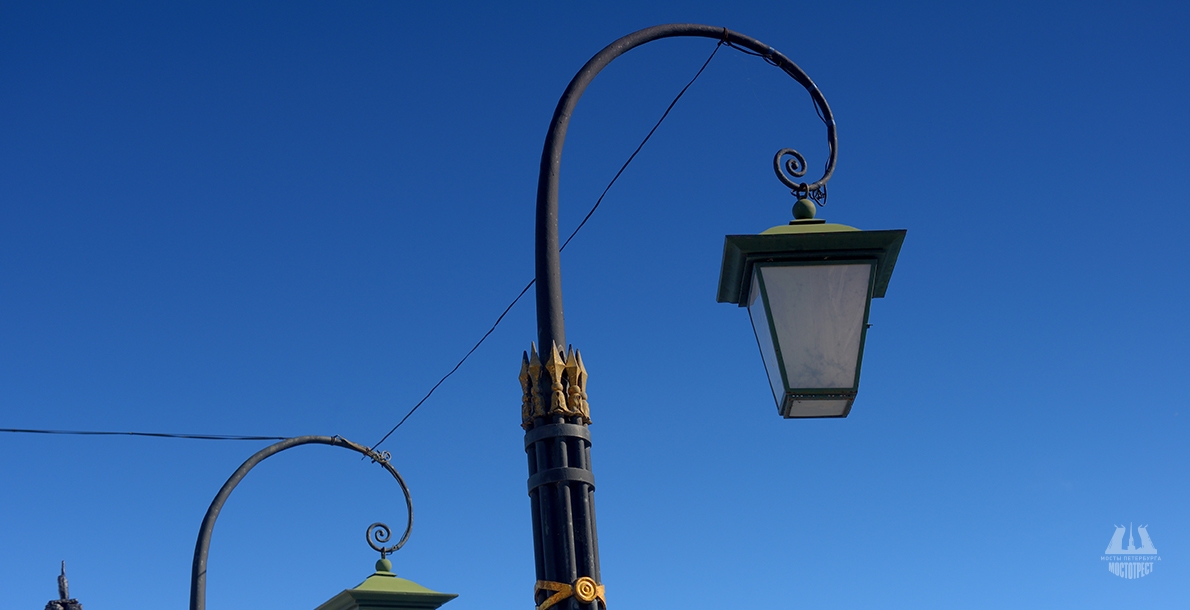 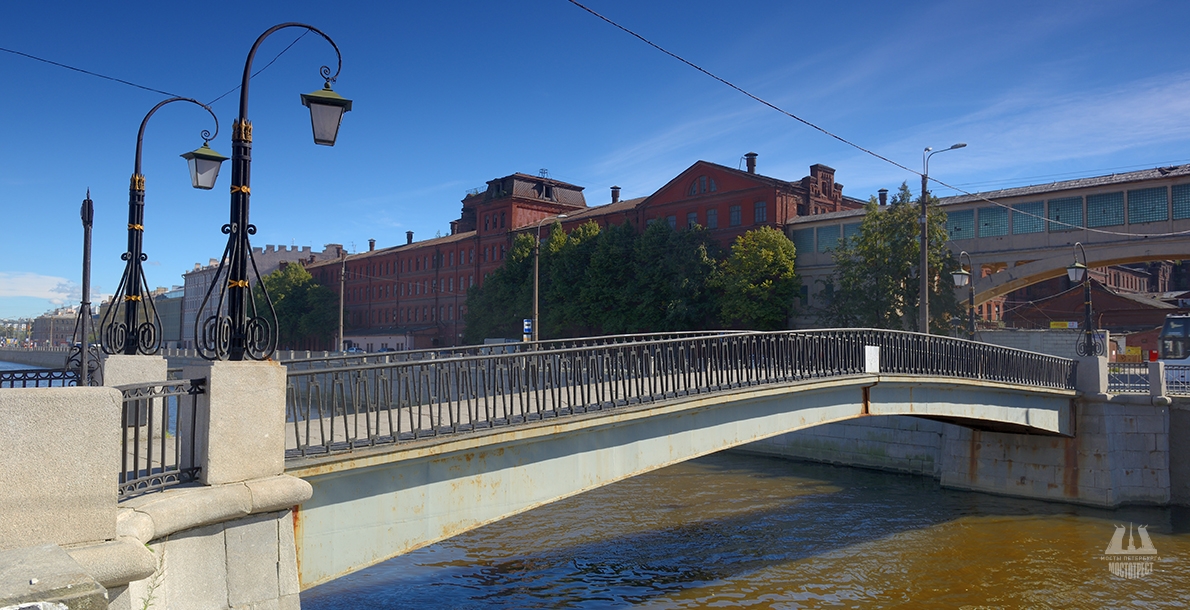 By 1933 Tarakanovsky Bridge was a wooden seven-span crossing. The central span had nailed truss that featured the bridge from all other crossings in the city - it was the only bridge in Leningrad which had such a structure. In order to make the structure function for many years, the central wooden part was treated with antiseptic substance - creosote.

However, in 1975 this technical novelty was rebuilt according to the plan of engineer A.D. Gutzeit. A single-span metal bridge appeared instead of the old one, length - 33.5 m, width - 3.5 meters. Tarakanovsky Bridge was decorated by classic lights suspended on metal stand lamps, the project of which was made by architect A.B. Lebedinskaya. The lights are a bright addition to the design of the entrances to this small bridge.

With regard to the historic district in which Tarakanovskiy bridge is located it should be noted that nearby a monument to Russian and Soviet scientist-inventor K.E. Tsiolkovsky was opened in 2003 who at one time justified the use of rockets for space flights. The monument was erected according to a plan and at the expense of Interindustry Research and Manufacturing Complex Technologist and donated to St. Petersburg in honour of the 300th anniversary of the city. On the left bank of the Obvodny Canal there is the Red Triangle factory  - an example of industrial architecture of the early XX century, which can not yet find its place in the modern economic development of St. Petersburg. On the right bank upstream to the Tarakanovsky Bridge High-Voltage Substation No.18 is located which is a prime example of architecture of constructivism style. 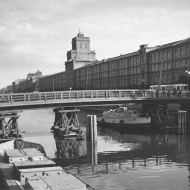 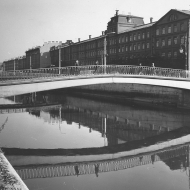 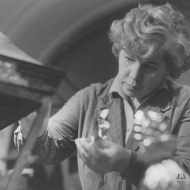 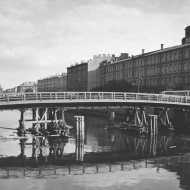 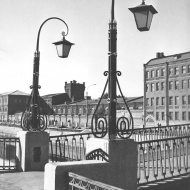 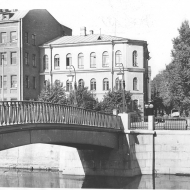 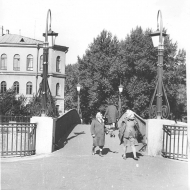