The Bridge on Erlerovsky Blv 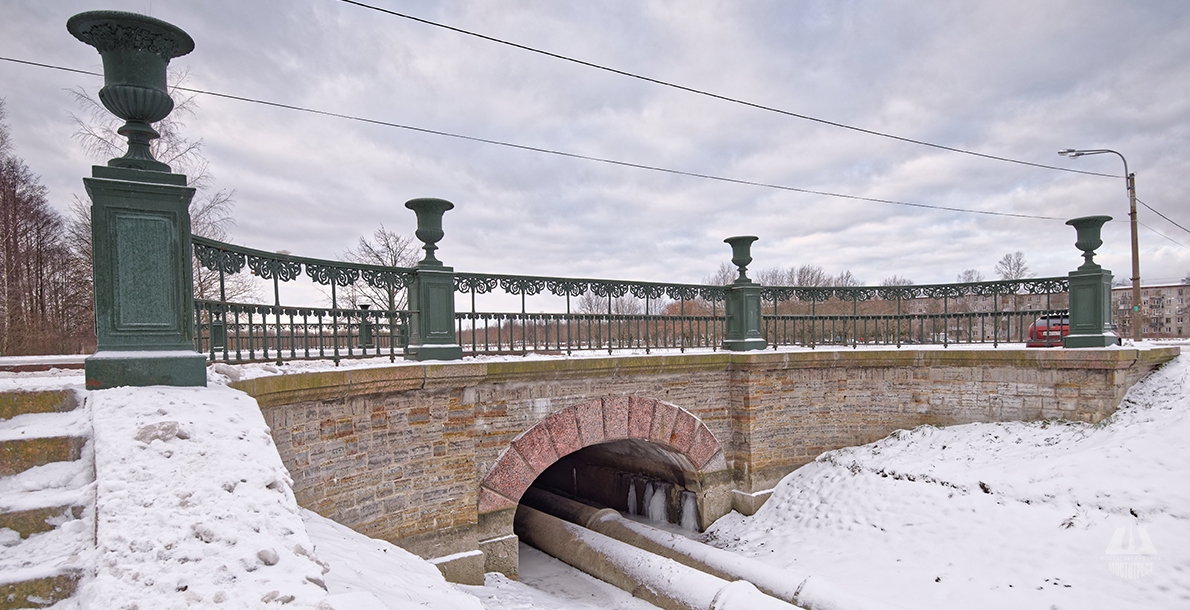 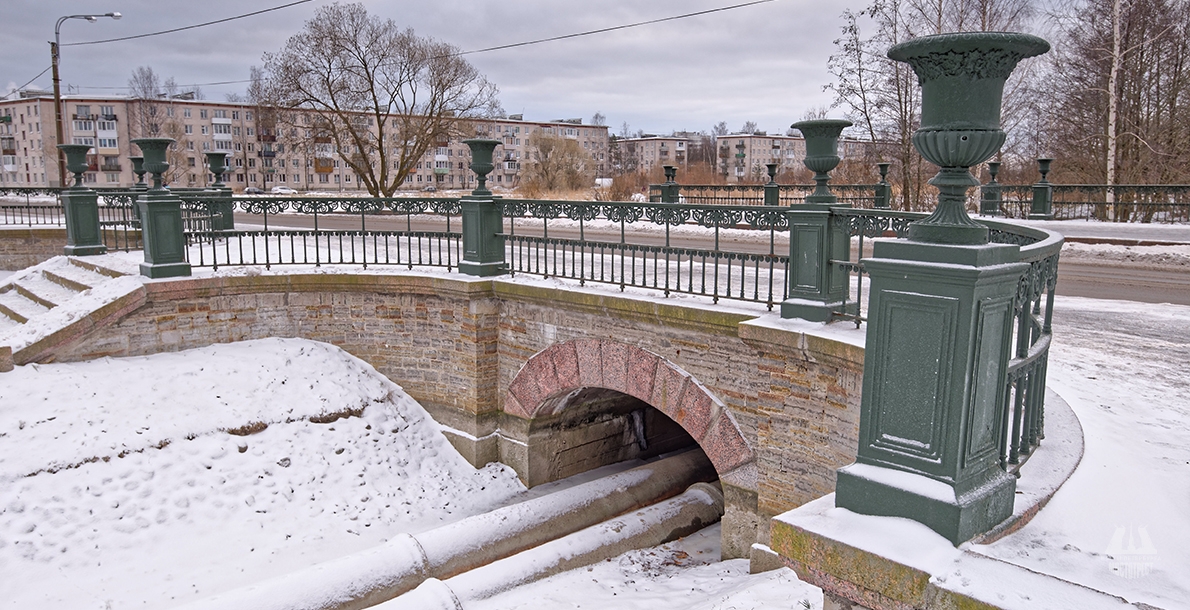 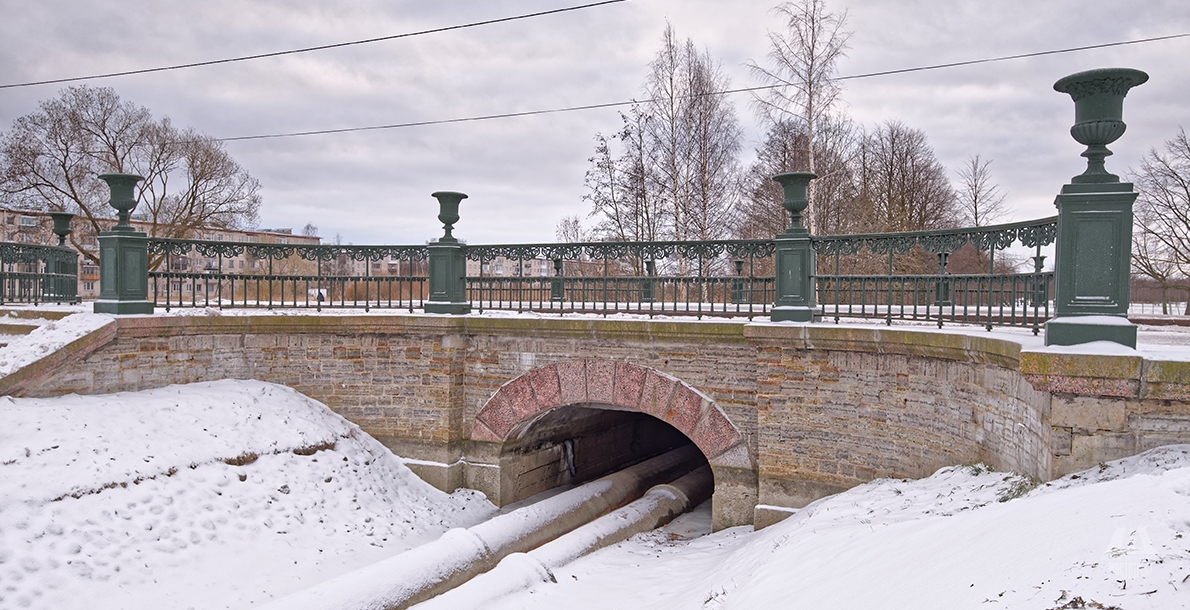 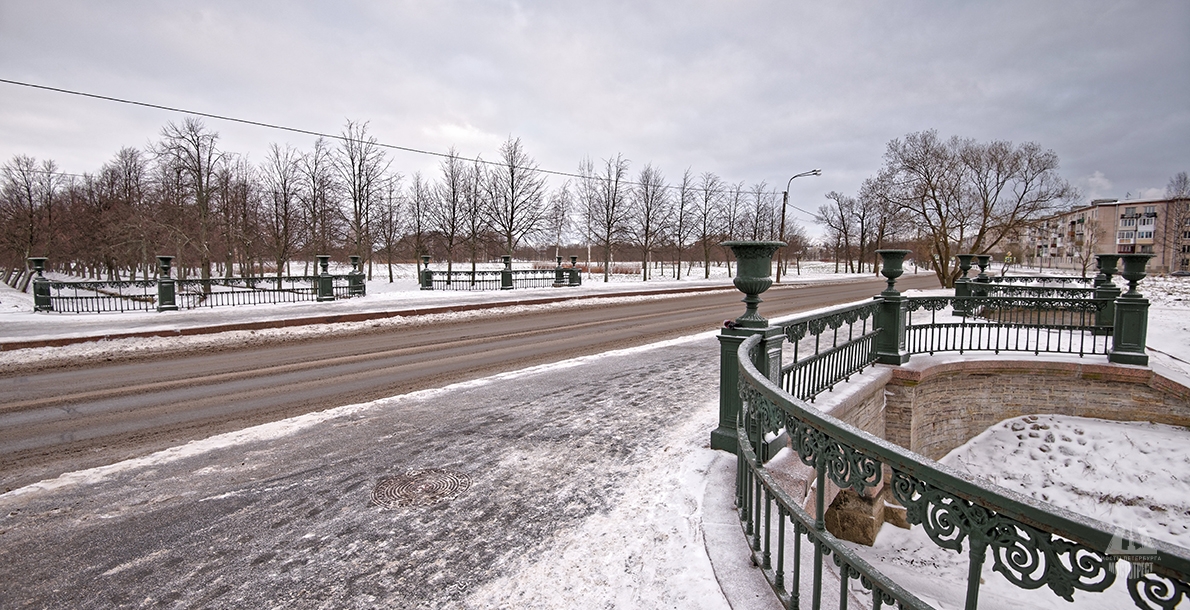 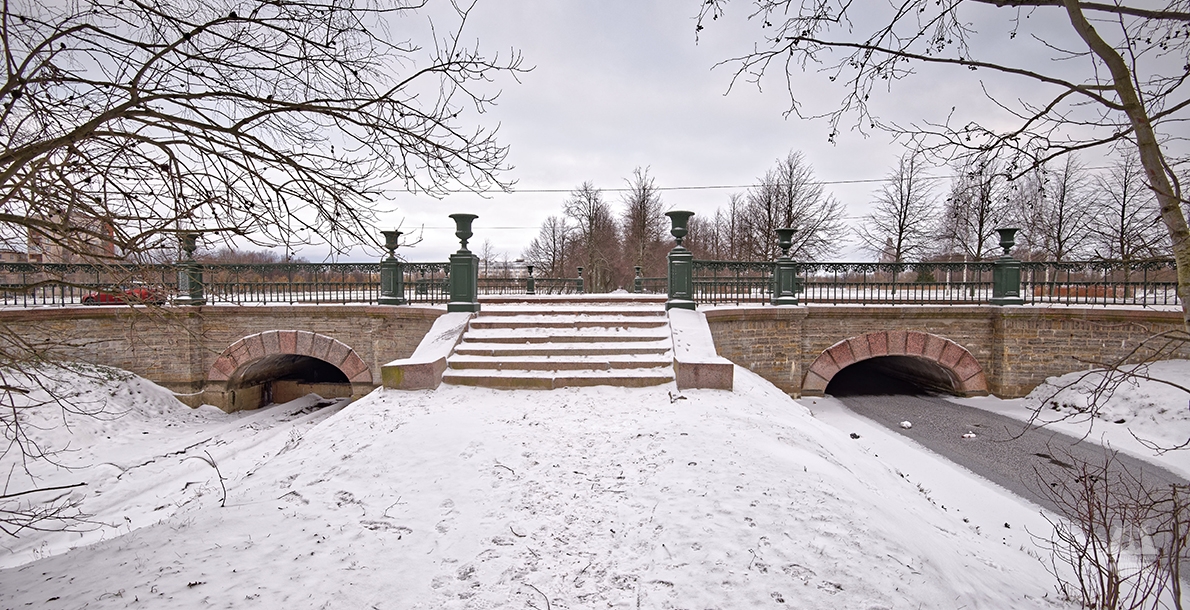 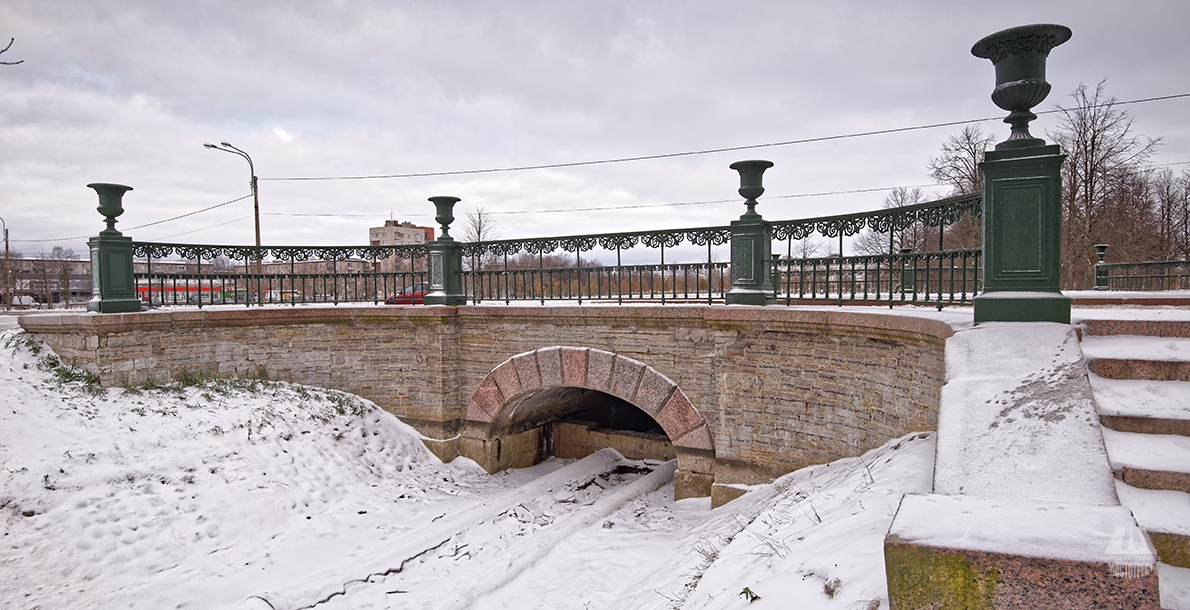 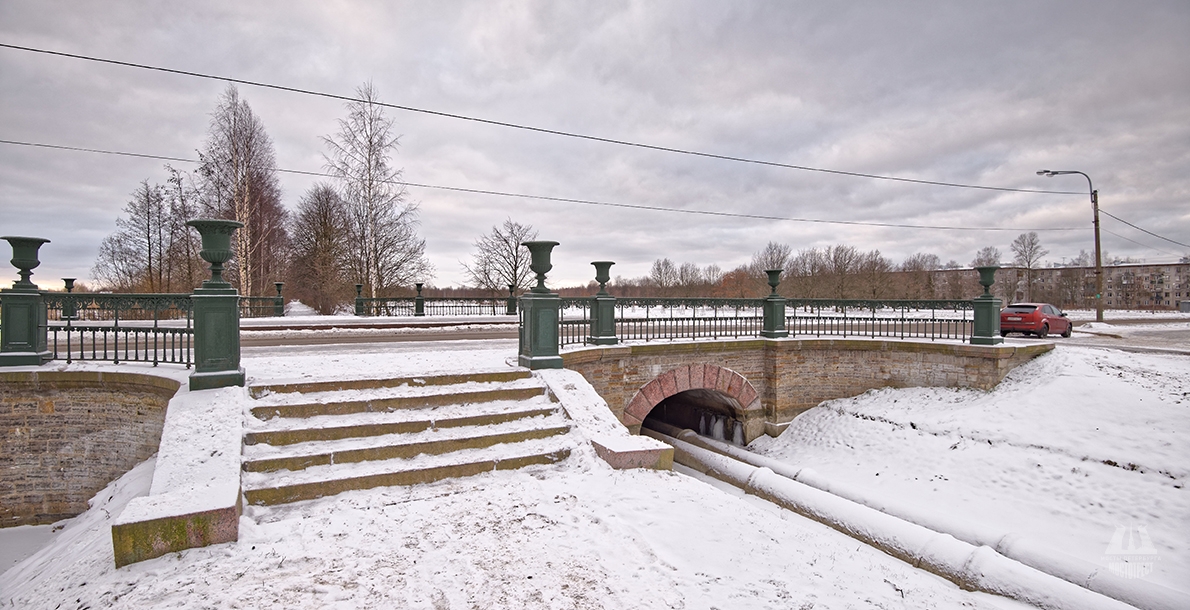 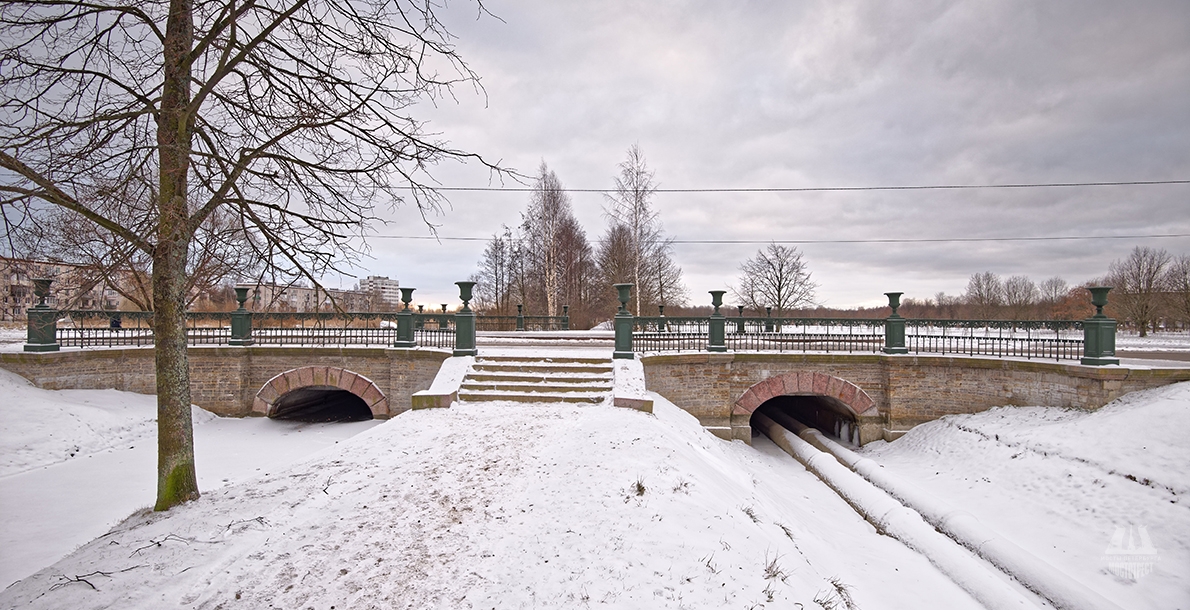 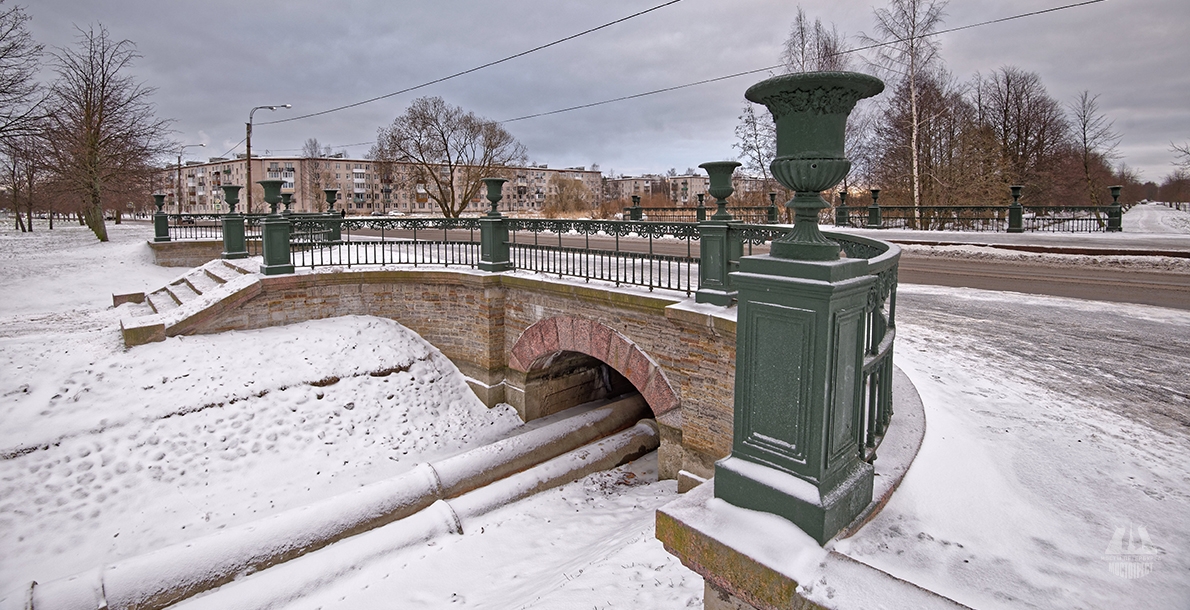 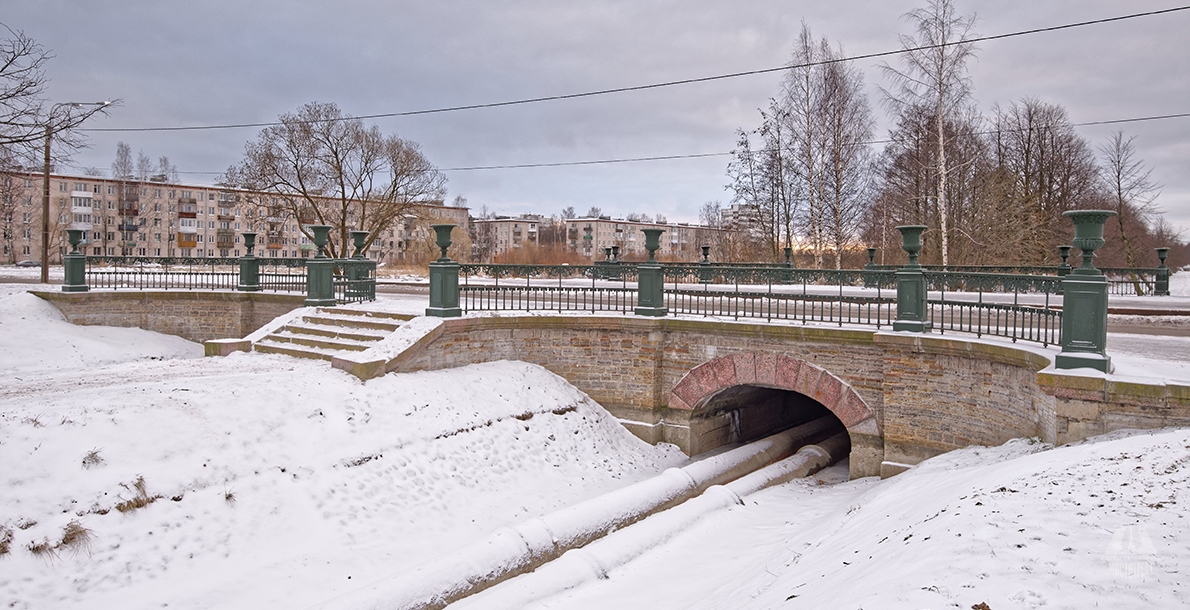 The wings of the bridge abutments have a curved shape.

There is cast iron railing. The roadway and the sidewalks are covered by asphalt concrete.

There was a "double" Kolonistsky Bridge built in 1849 by architect A.I. Stackenschneider on this place before. The structure was made as two identical bridges. Cast iron pipes, arranged in parallel 15 meters from each other, are laid at the bottom of the canals. This main water supply system is the main structure that provides action of the fountain ensemble of Peterhof.

During the Great Patriotic War the bridge was blown up. In the postwar period, defects of the bridge were "patched" by wooden structures.

In the 1980s the bridge was thoroughly repaired. During the development of the project of reconstruction, the authors retained maximum design and architectural solutions, that were originally adopted by Shtackenshneider, and also the channels were provided for the laying of communications. The new bridge was opened in 1986.

These canals with all associated civil engineering structures are protected by the state as an architectural and engineering monuments of the XVIII-XIX centuries.