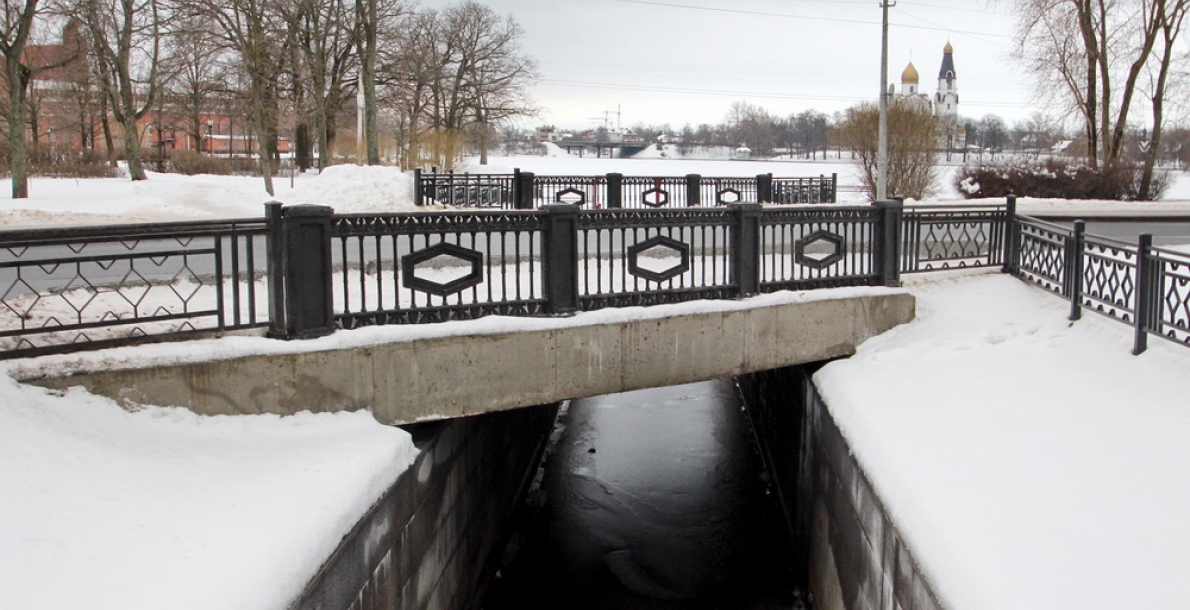 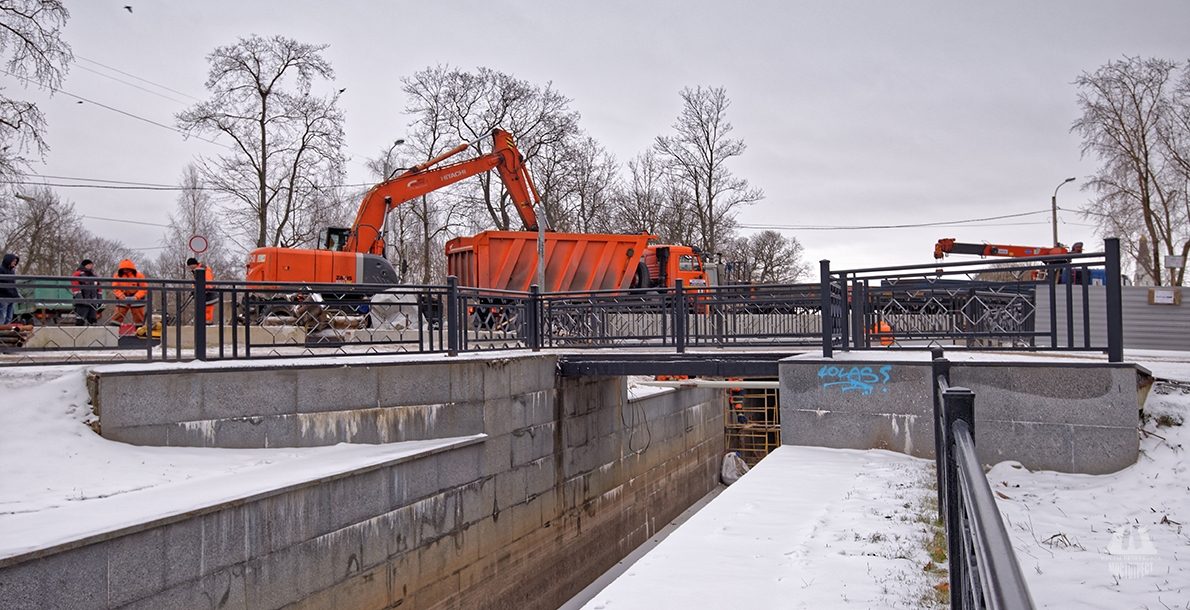 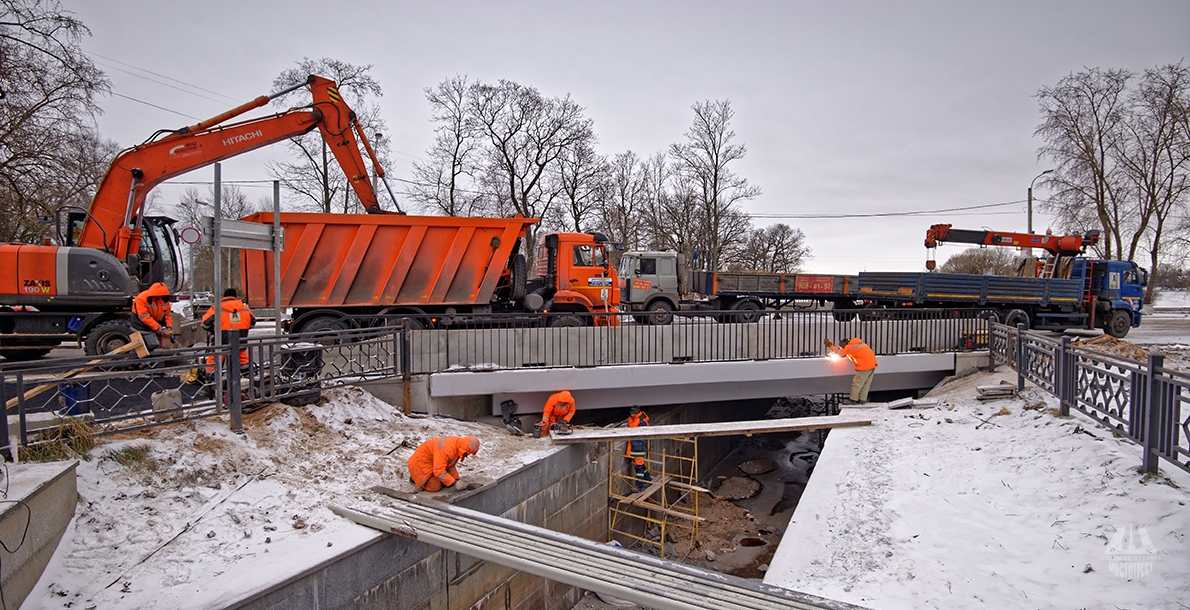 The bridge across the Malaya Sestra River is located in Sestroretsk of Kurortny District of St. Petersburg near S.P.Voskov Tool Plant. Extended across the plant canal with slope angle 45 deg., the bridge is situated in curve part of Voskov Street.

The bridge was built in 1948 and over the last 50 years minimum was not seriously repaired. Today, the bridge cannot withdraw modern loads due to its poor condition. For heavy-duty commercial vehicles, the later built bridges are used on redundant routes.

According to information in mass media, the bridge is expected to be thoroughly repaired or rebuilt completely in the nearest time.

In Sestroretsk, Voskov Street runs from the Malaya Sestra River to Sestroretsk railroad line. It extends with Volodarsky Street to the east and with Dubkovskoye Highway to the west. The street is named after revolutionist S.P.Voskov, the first chairman of factory committee at Sestroretsk ordnance factory. The plant which by that time became Sestroretsk Tool Plant was also named after Voskov (the street extends along the plant).

The bridge itself did not get its own name within more than half a century.

There is a stop plank to control water flow into the canal from Sestroretsky Razliv Lake in the canal beginning and of about 20m upstream the bridge. A special service of the Voskov Plant operates the stop plank.