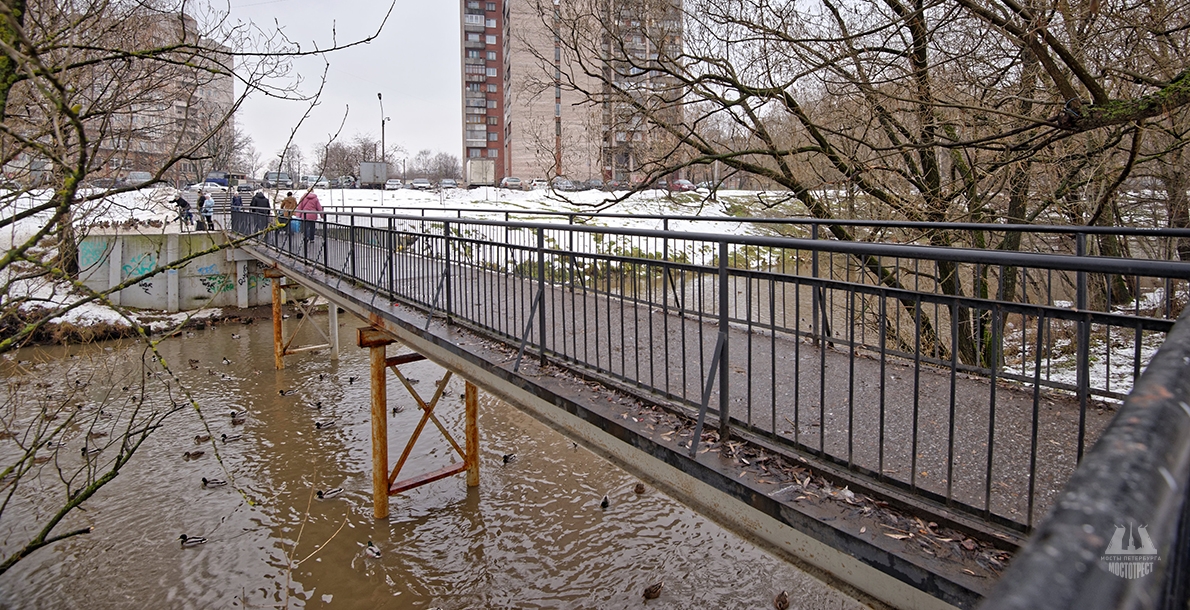 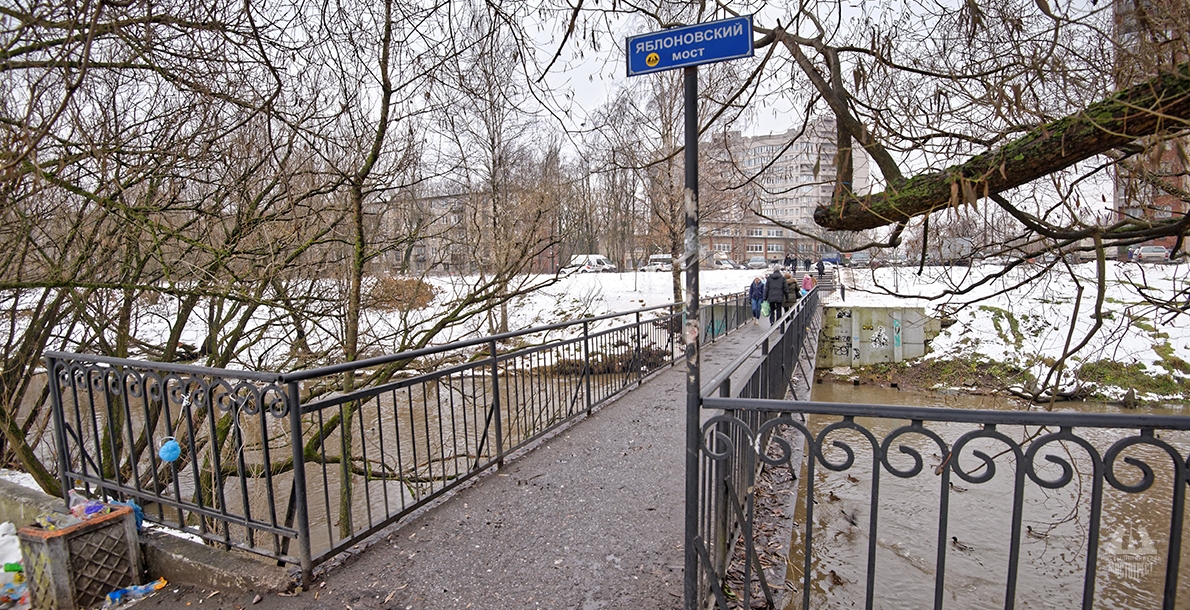 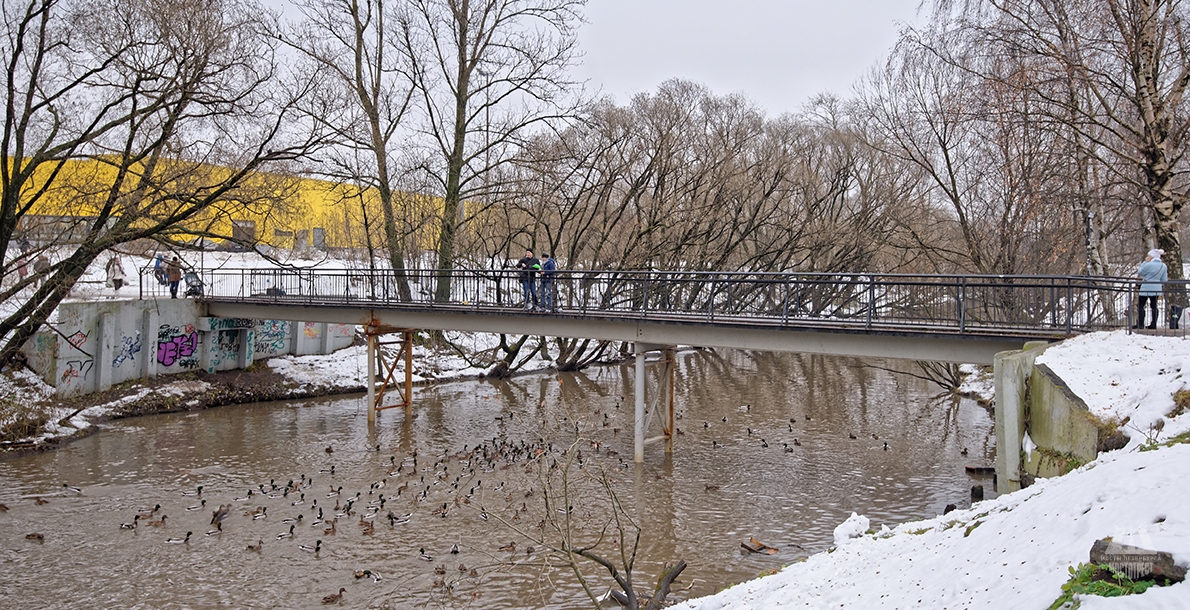 Yablonovsky Bridge is a pedestrian bridge over the Okkervil River. The bridge is located in the alignment of Granitnaya Street (former the road connecting Malaya Yablonevka and Bolshaya Yablonevka Villages - hence the name of the bridge).

One theory is that Granitnaya Street got its name due to the fact that once in its place construction materials unloaded that delivered from the Karelian Isthmus. Along the passage, on the territory of which there was a street, mountains of gravel and stock-piles of granite slabs rose.

In 1914 a wooden girder bridge for the passage of horse-drawn vehicles and pedestrians existed there.

In 1938 the bridge represented a three-span structure with wooden girders on pile piers with wooden superstructure and railing. The bridge length was 30.8 meters, its width was 9.5 meters. The wooden bridge was repaired several times.

In connection with the construction of a new reinforced concrete Bolshoy Yablonovsky Bridge in 1957, Yablonovsky Bridge lost its transport value, and in 1973 it was rebuilt under the project of engineer V.M. Koshkin of Lenmosttrest into a pedestrian three-span wooden simple bridge. The span consisted of metal I-beams with wooden upper structure.

The bridge abutments and supports were installed on wooden piles. The length of the bridge was 30.3 meters, and its width was 2.05 meters.

In 1989, under the project of engineer V.I. Feldman of Municipal Enterprise Lenmosttrest, the bridge was rebuilt again in a three-span metal simple bridge with an orthotropic plate on the sidewalk.

There are lightweight abutments on reinforced concrete piles with retaining walls of reinforce concrete slabs. The supports are installed on metal tubular piles. Sand asphalt pavement on orthotropic slab is laid on the sidewalk. The metal welded railings are installed on the bridge.

It is noteworthy that on the map of the beginning of the XX century the Okkervil River had the name Yablonovka. The district itself was known as Yablonovka Village, and it was first mentioned at the beginning of the XIX century. The village existed on this territory until 1960 when it became part of the Kalininsky District of Leningrad. About 6 thousand people lived there at that time.