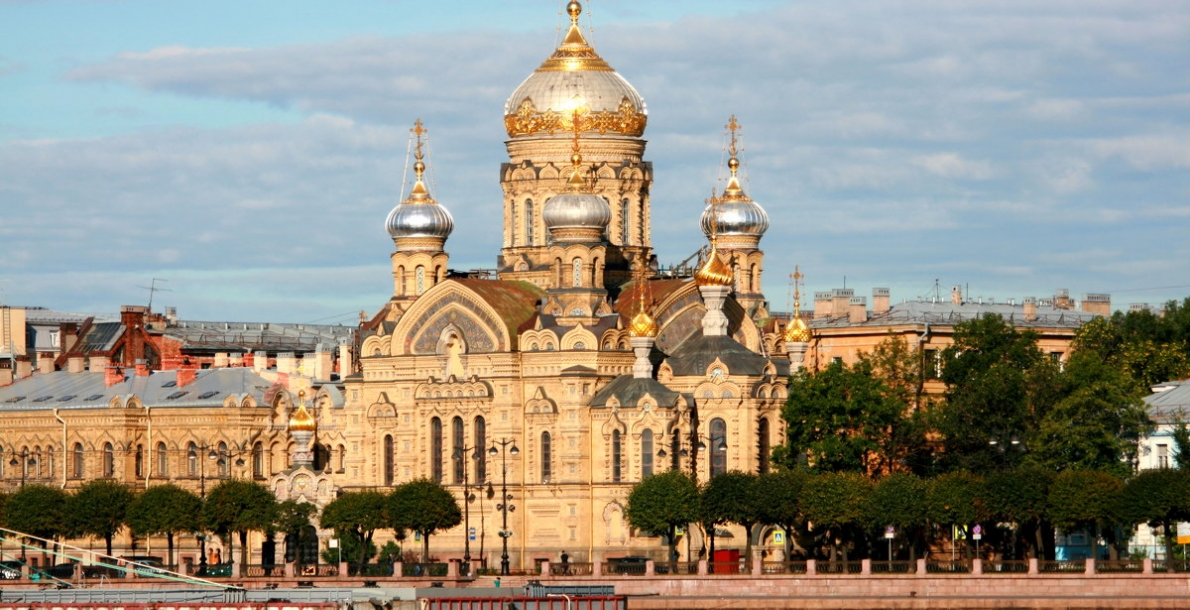 Engineers: A. A. Serebryakov

Lieutenant Schmidt Embankment is located on Vasilyevsky Island on the right bank of the Bolshaya Neva River downstream of Blagoveschensky Bridge to the 23rd line. The embankment name is connected with the first permanent bridge (Blagoveschensky) over the Neva River, in 1918-2007 its name was after lieutenant Schmidt being the leader of Sevastopol uprising at the Black Sea Navy Fleet. Before 1918 the bridge was named Nikolayevsky, from 1887 to 1920 the same name was used for the embankment and then it was also renamed.

The embankment construction was started together with the bridge and it was made from 1847 to 1852 under the project of architect S. V. Kerbedz and engineer A. A. Serebryakov.

The embankment was constructed for the needs of steamship line, therefore it differed from the central front embankment in the appearance. Its construction was a retaining wall made of rubble stone with massive granite facing supporting against the wooden pile grillage.

An embankment section from the bridge to the 11th line of Vasilyevsky Island was intended for a berth of passenger steamers. The 5 m wide sidewalk paved with granite slabs and separated in the middle with the guard as cast iron columns with suspended anchor chains.

The embankment from the 12th to 21st lines – the cargo descent of 660 m long which berthing wall was half lower than the usual one. After the construction that section was a huge berth.

By 1950 the guarding wall of the upper sidewalk was completely destroyed and in 1957 it was reconstructed under the project of architect L. A. Noskov and engineer B. B. Levin.

Except for the sections used for the needs of shipment, on the embankment there were two granite descent-berth with wide stairs and adjacent high walls of embankments with granite parapets.

In view of regatta Cutty Sark in 1995 and the need to berth arrival ships, the repair works were performed on the cargo descent of the embankment: sandblasting of granite facing of the second wall tier, quoin was rearranged, passage failures of the lower tier were eliminated. As well as the bearing capacity of bollards was checked.

At the end of the embankment near the 22nd - 23rd lines historical icebreaker "Krasin" is anchored which is the museum since the 1980s.

Also on the embankment there is a monument to Russian navigator I. F. Kruzenstern.

Similar to Universitetskaya Embankment, Lieutenant Schmidt Embankment was joined to the student life. Here there is the main building of Mining University.