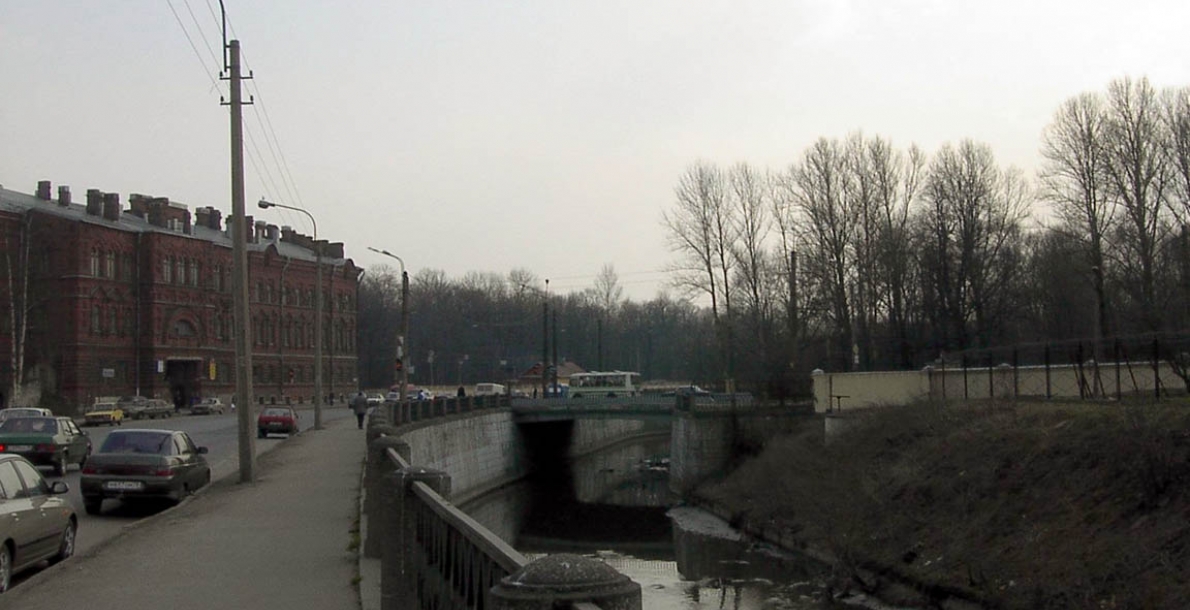 The Volkovka River flows from the South to the North over Saint Petersburg and Leningrad Region. The river source is located in the way of Pulkovo Heights, the river flows into the Obvodny Canal.

A granite cornice passes onto top with metal railing with granite bollards.

Simultaneously with the construction of wooden bridges there were individual timber reinforcements of the Volkovka River banks.

In 1968-1972 the bank sections nearby the Volkovskaya Water Station, Volkovskoye Cemetery and Volkovsky Prospect receive the permanent bank reinforcement.

Mainly, sections of bank reinforcement were constructed together with the construction of permanent bridges and adjacent to abutments. The projects were developed by specialists of Lengiproinzhproject.

The Volkovka River was mentioned as early as in the annals of 1500, it was called the Setuy River before. It was a left tributary of the Neva River before. Starting in marshy fields nearby Pulkovo Heights, flowing over the areas of former villages Kupchino, Volkovo and Yamskaya sloboda, the river flows into the Neva River on the place of the existing Monastyrka River. Initially the river length was 17 km.

At the time of Peter the Great the river was named the Chernaya River as many rivers of Prinevskaya lowland. Then, in connection with the construction of the Alexander Nevsky Monastery a new name – Monastyrka got used.

Upon completion of the Obvodny Canal construction, in the XIX century the river was divided into two unequal parts. That part flowing around the Alexander Nevsky Monastery walls has retained its name – Monastyrka, another part to the South of the Obvodny Canal is named Volkovka.