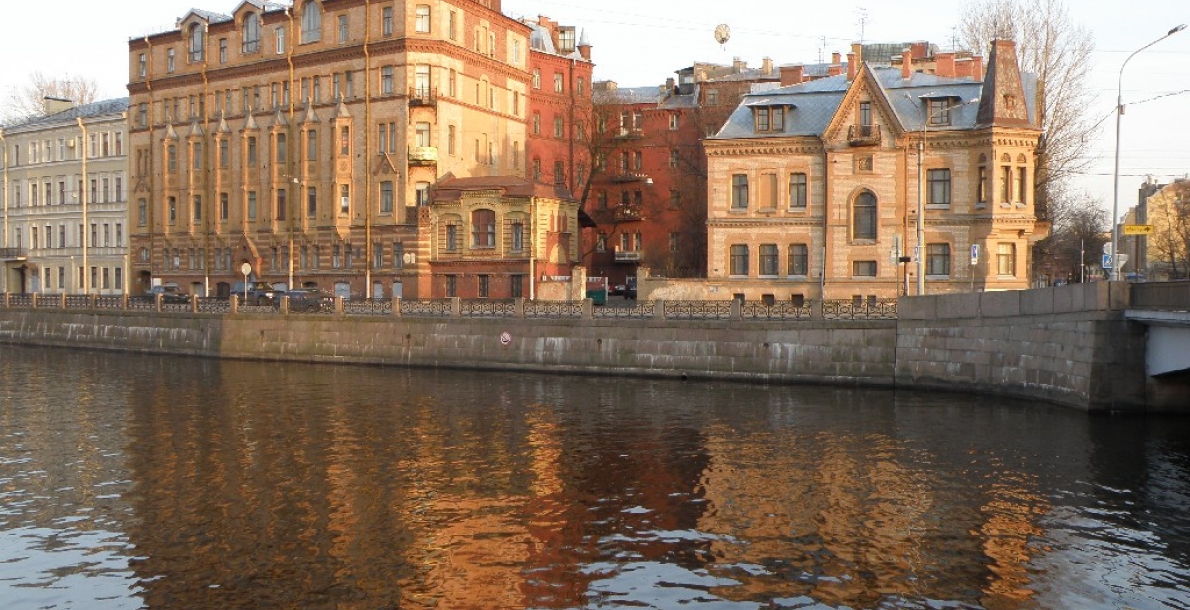 In 1713 for small ships-galleys construction auxiliary works of the Admiralty - Galernaya shipyard - were built. In this regard, in 1715-1720 the canal was cut from the Neva River to the Moyka River. Along the canal the embankment was built with a wooden wall of the following structure: cross beams were laid on hammered wooden piles, and wooden railings were installed on the cross beams. The side board of plates was installed on piles.  There was a board pavement on the sidewalk.

In 1788 near the Bolshaya Neva River for the embankment installation, a high stone masonry wall with a massive granite facing length of 22.1 meters was built. In 1904 dredging works were performed in the canal. During its existence, the embankment was repeatedly renovated and repaired.

So, in 1954 reconstruction of the 232.2 meter long right bank of the embankment was carried out. In 1967 in the area of the left bank of the Novo-Admiralty Canal at the entrance to Khrapovitsky Bridge a high reinforced concrete 22.6 meter long wall with granite facing was built.

In 1971 on the left bank of the canal at the site from the Bolshaya Neva River to the new wall near to Khrapovitsky Bridge under the project of institute Lengiproinzhproject (A.D. Gutzeit) a high 245.5 meter long wall of the embankment of precast reinforced concrete blocks with granite facing was built.

The pile foundation consists of two rows of inclined piles - composite and reinforced concrete ones. The grillage – monolithic, reinforced concrete.  The railings in the area near the Bolshaya Neva River - granite parapet (21.4 meters), and further, to Khrapovitsky Bridge - iron railings with granite bollards by the type of the Moyka River.

The embankment is one of the borders of the territory of "Admiralty Shipyards" (on the side of Novo-Admiralty Island).