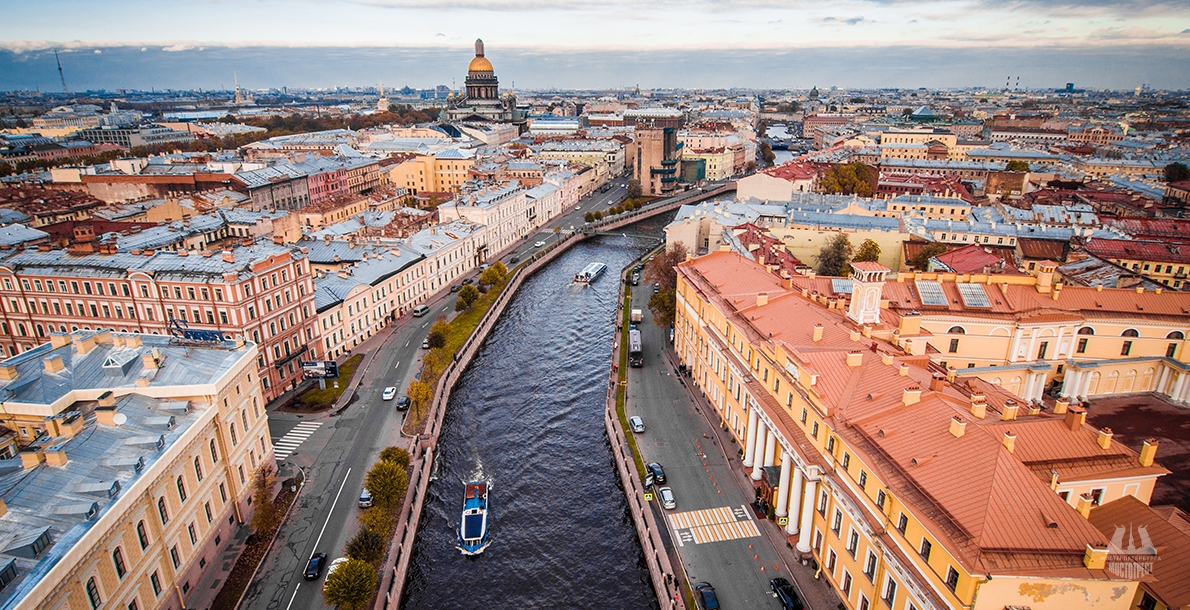 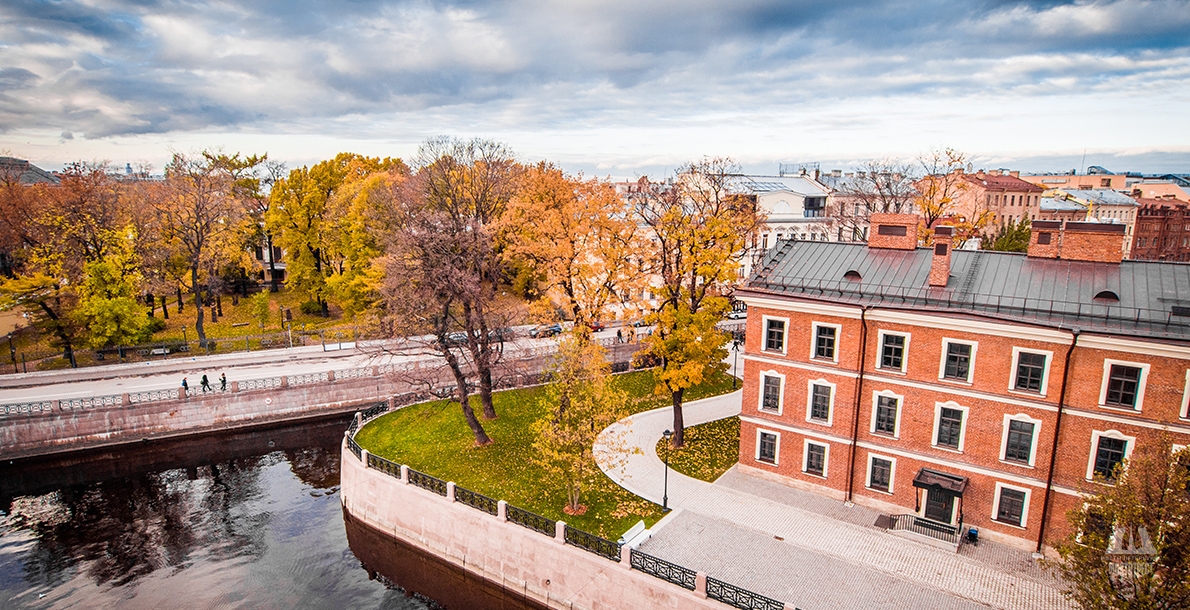 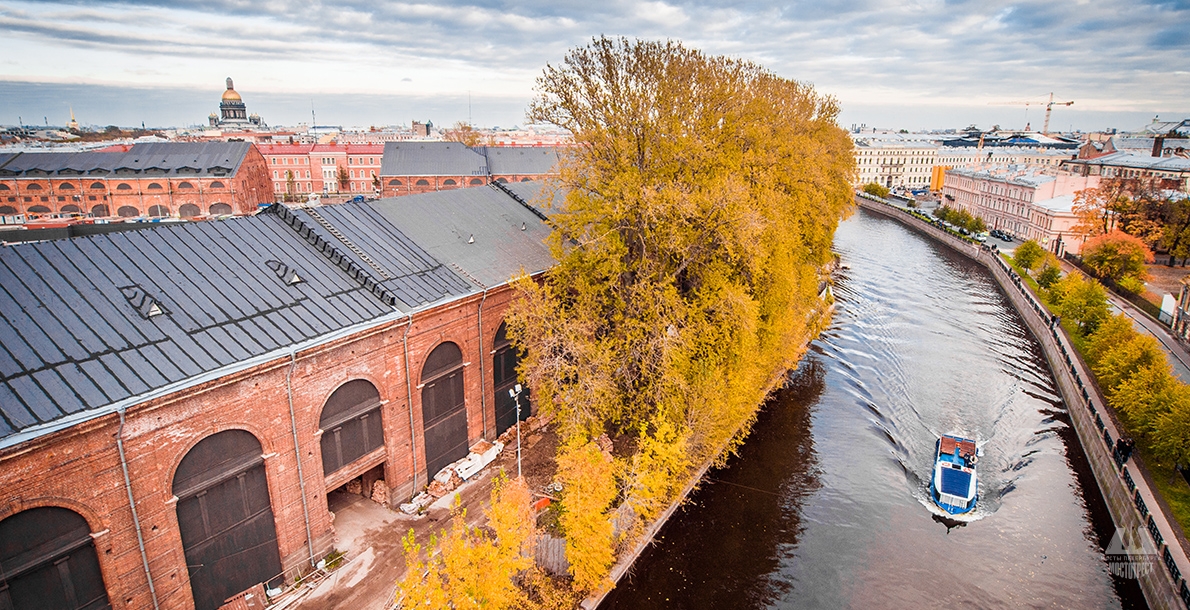 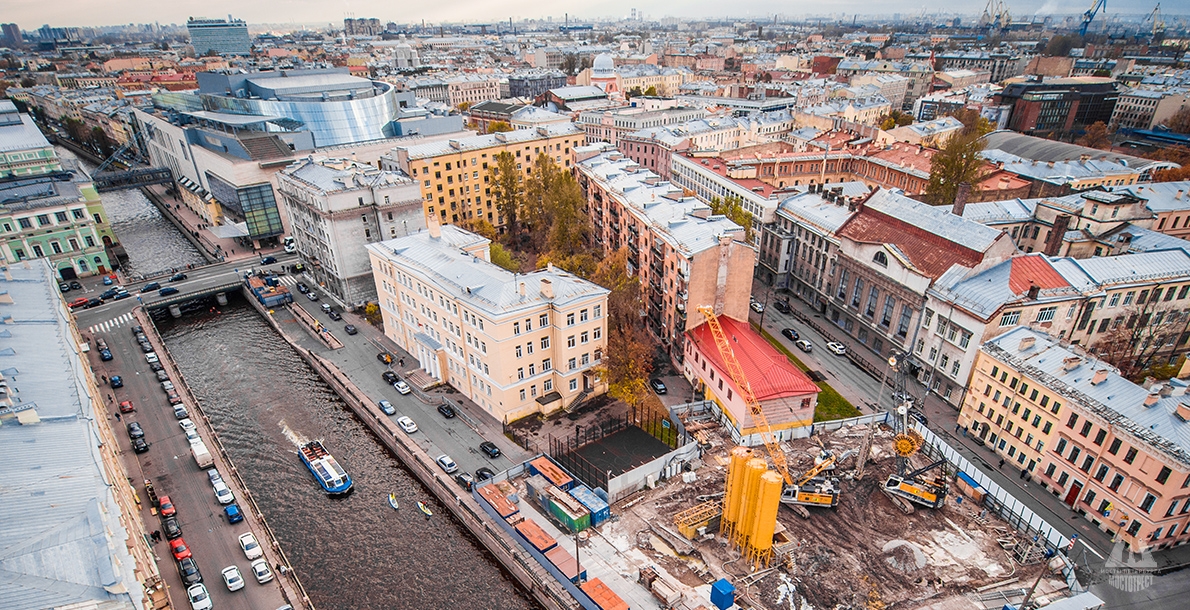 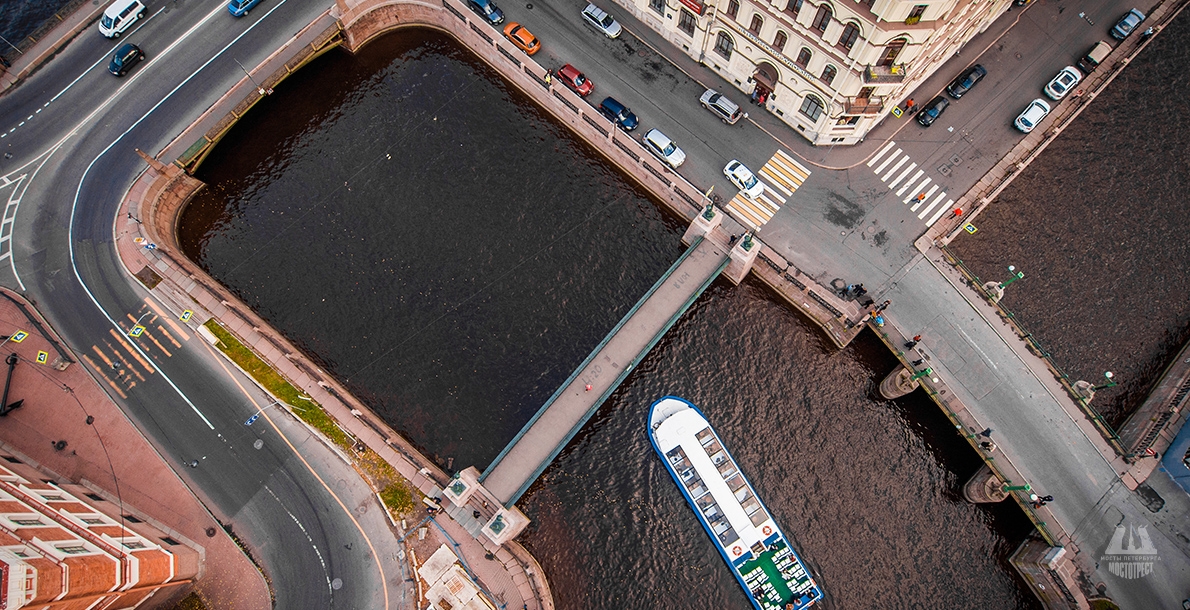 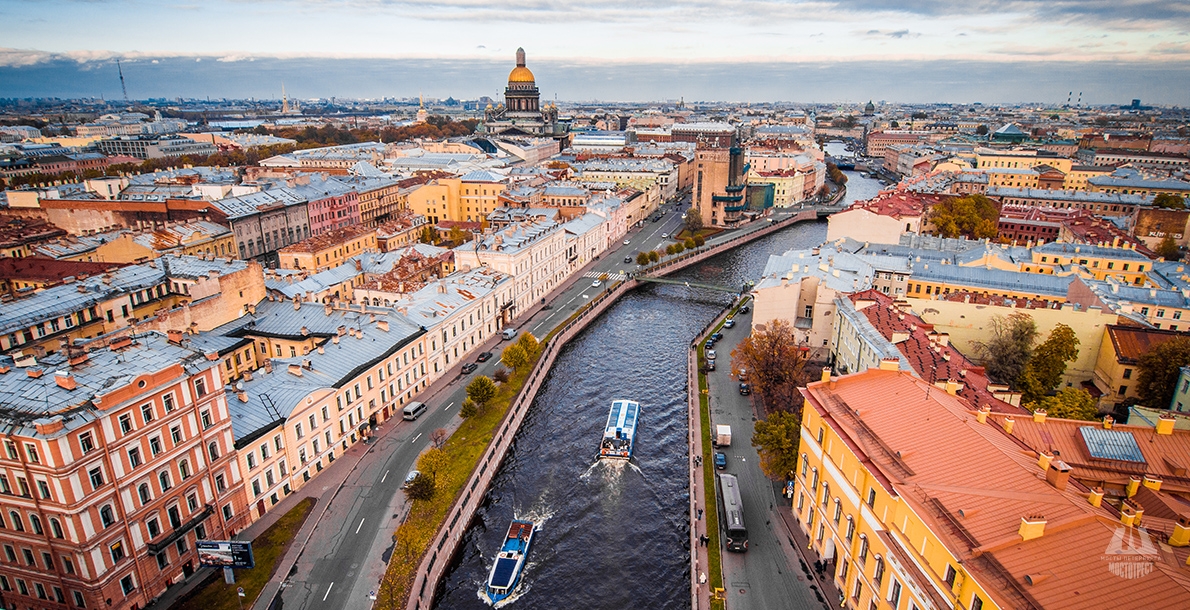 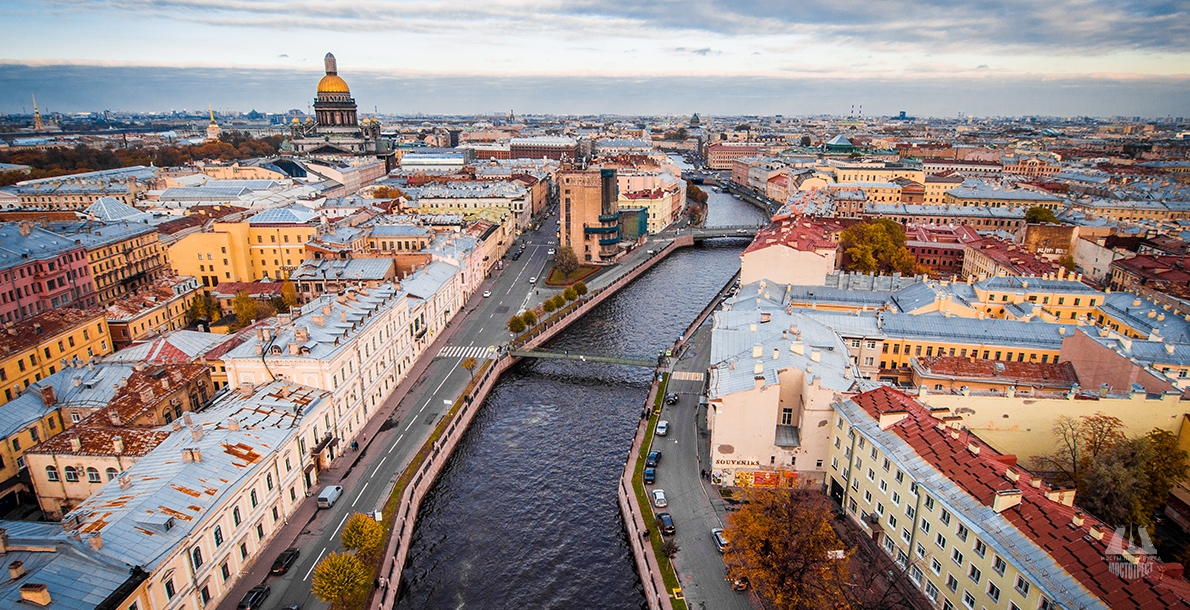 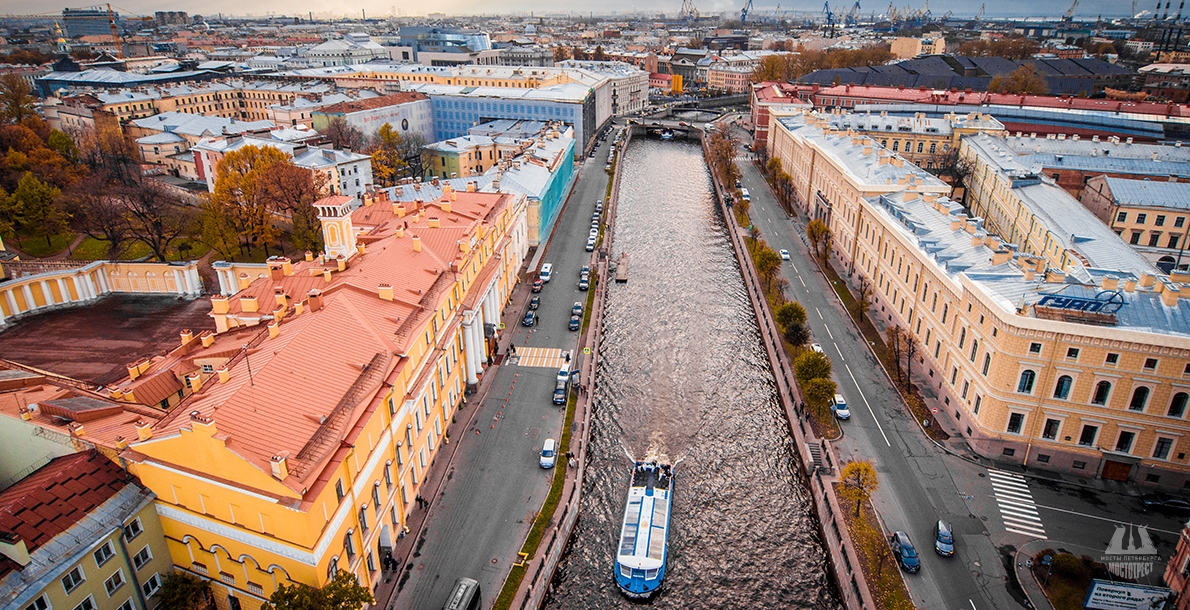 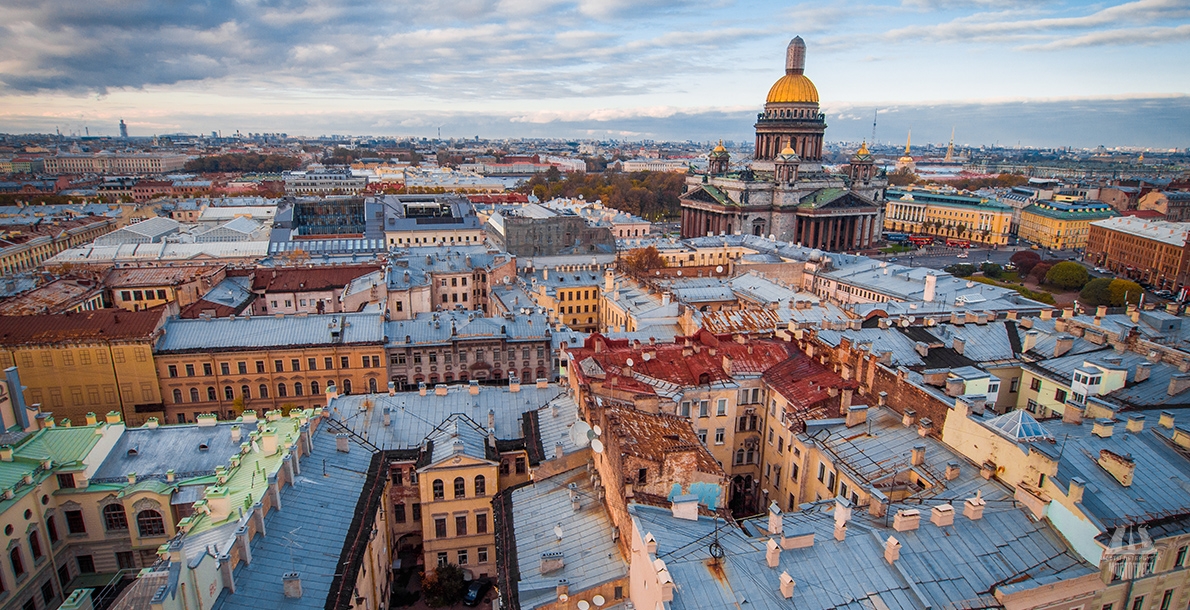 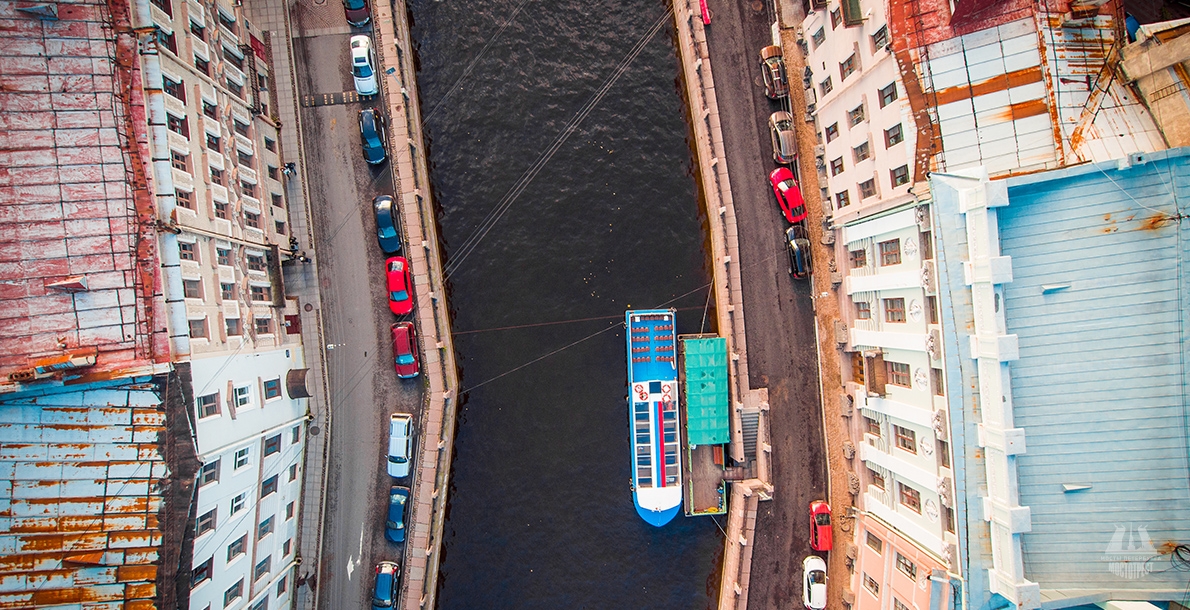 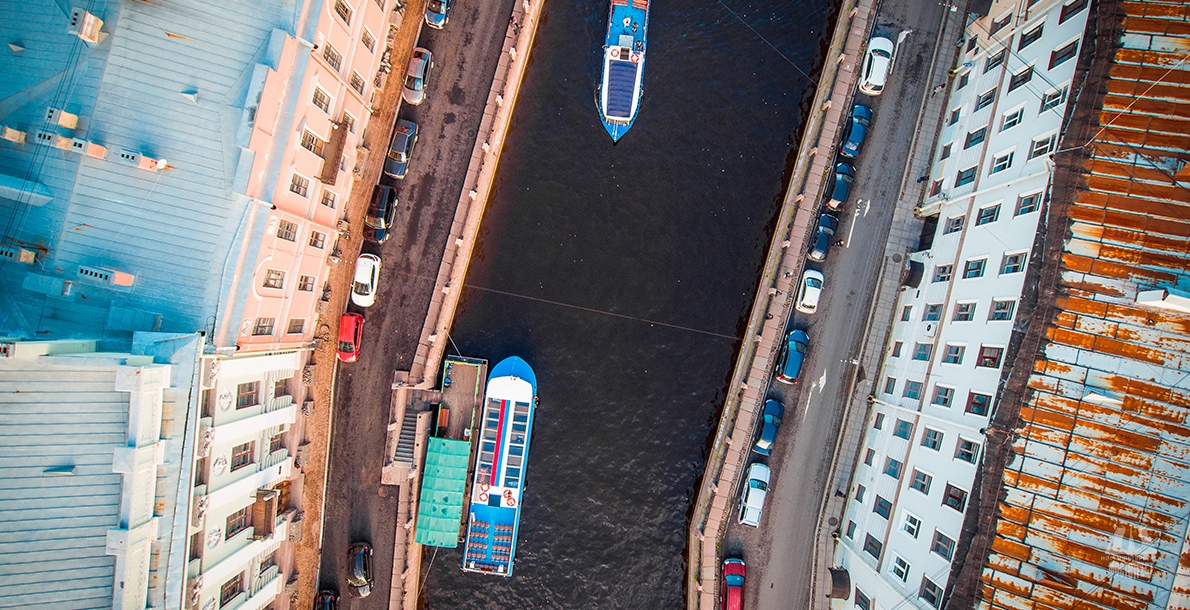 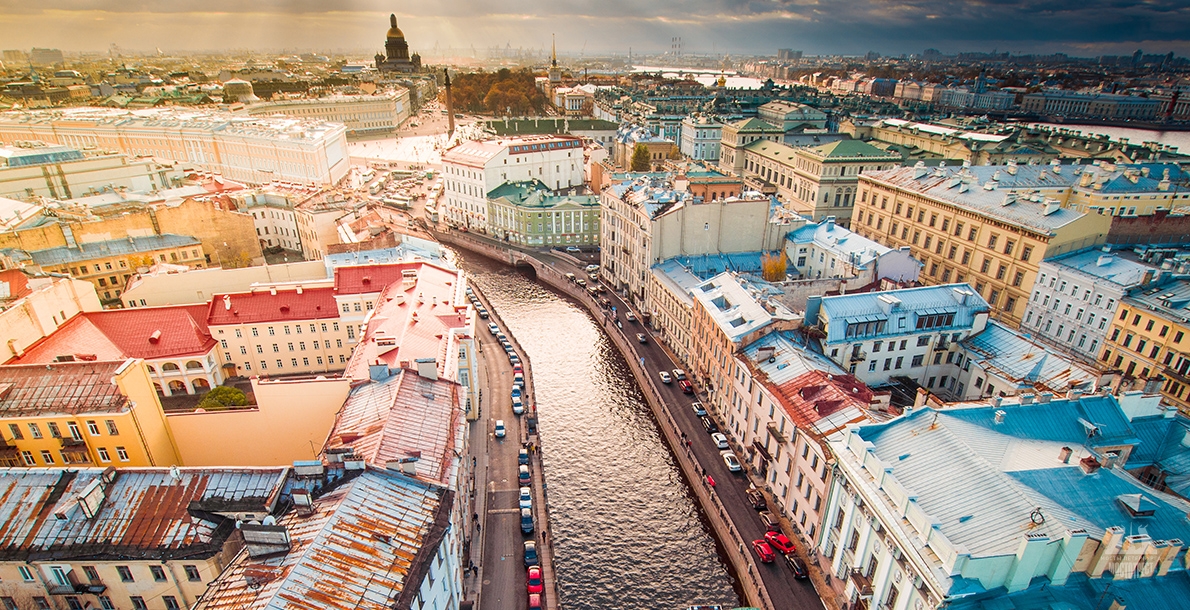 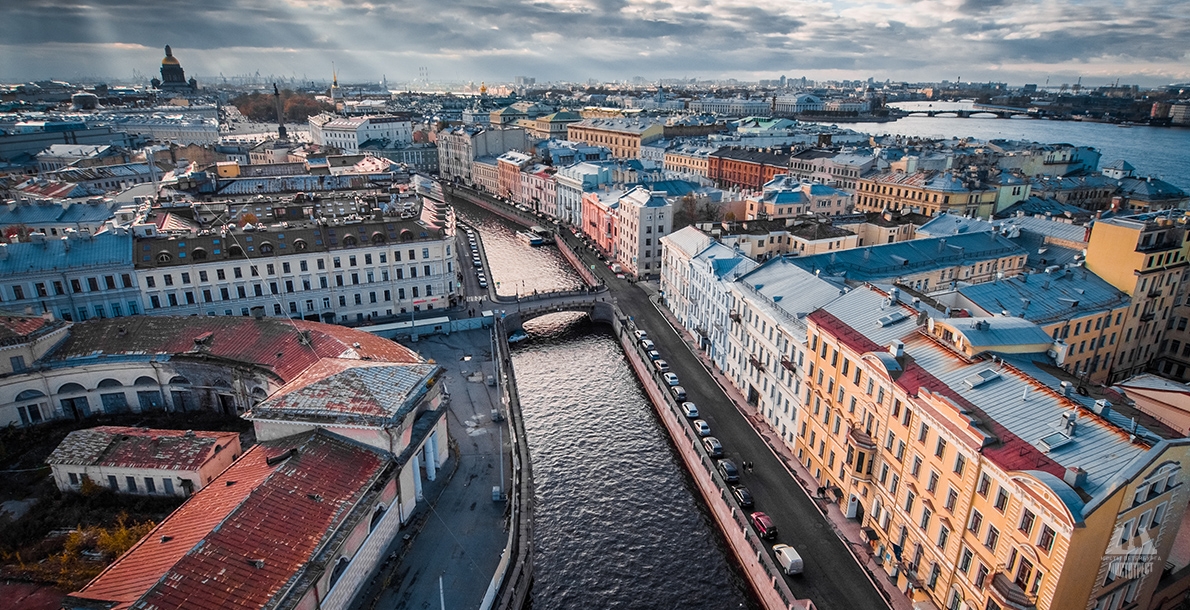 The Moyka River Embankment expands from the Fontanka River to the Bolshaya Neva River in Central District and Admiralteysky District of St. Petersburg.

At the beginning of the XVIII century the Moyka River (it was named Mya before - 1719-1797) was a shallow meandering stagnant river flowing out of the swamp which was located near the Field of Mars.

From 1736 to 1737 dredging works were performed and the bank was reinforced by a high wooden wall with wooden railings.

In 1797 construction of stone embankments on the Neva River began. By 1805 the river had retaining walls lined with granite in the area of Malo-Konyushenny Bridge to Nevsky Prospect. The section from Nevsky Prospect to the Pryazhka River on the left bank and to the Kryukov Canal on the right bank of the Moyka River was embanked in 1810 under the project of engineer F. Gerard.

The foundation of the embankment was made of vertical wooden piles and sheet piling. Wooden grillage and a stone masonry wall with massive granite facing are laid on piles heads. Taking into account relatively narrow passages along the embankment, the builders created narrow steep stairs-descends to the water for boats mooring.

During the construction of Mikhailovsky Castle on the site of the 1st Engineer Bridge to Sadovy Bridge the river bank was reinforced with a stone wall, the complex planned configuration of which has survived to the present day.

By 1946 the embankment wall retained its original structure, although time and war have left the marks on their appearance. Post-war reconstruction began in 1948 on the left bank upstream from Pevchesky Bridge at the site of 95 meter long.

Intensive repair of the walls took place in the 1950s and 1970s. During repair and reconstruction of the embankment walls, along with new building materials, granite stones were widely used obtained from the dismantling of the old embankment with their pre-treatment that allows builders to restore and preserve its original architectural appearance.

Now the Moyka River is dressed mostly in the high granite walls of the embankment. They are made of bedding rubble plates with lime mortar and faced with massive granite stones fastened together with iron dowels. The retaining walls are laid on a wooden grillage with wooden piles.

The Moyka River Embankment has a great historical and cultural value for St. Petersburg and Russia; it is guarded by the Committee on State Control Use and Protection of Historical and Cultural Landmarks. The pile foundation on some sections of stone walls of the embankments erected in 1805-1810 was retained without alteration.

Besides, the Moyka River Embankment represents many historical and cultural monuments. The most famous literary places – building No.12 where Alexander Pushkin spent the last months of his life. Building No.20 - State Academic Court Chapel n.a. M. Glinka which was built in the late XIX century by architect L. Benois. In the XVIII century the famous architect B. Rastrelli worked on the project of building No.50 (there is Stegelman Palace now). O.R. Monferran – the architect of St. Isaac's Cathedral – lived in building No.86. Building No.94 - Yusupov Palace – is a monument of classical architecture.