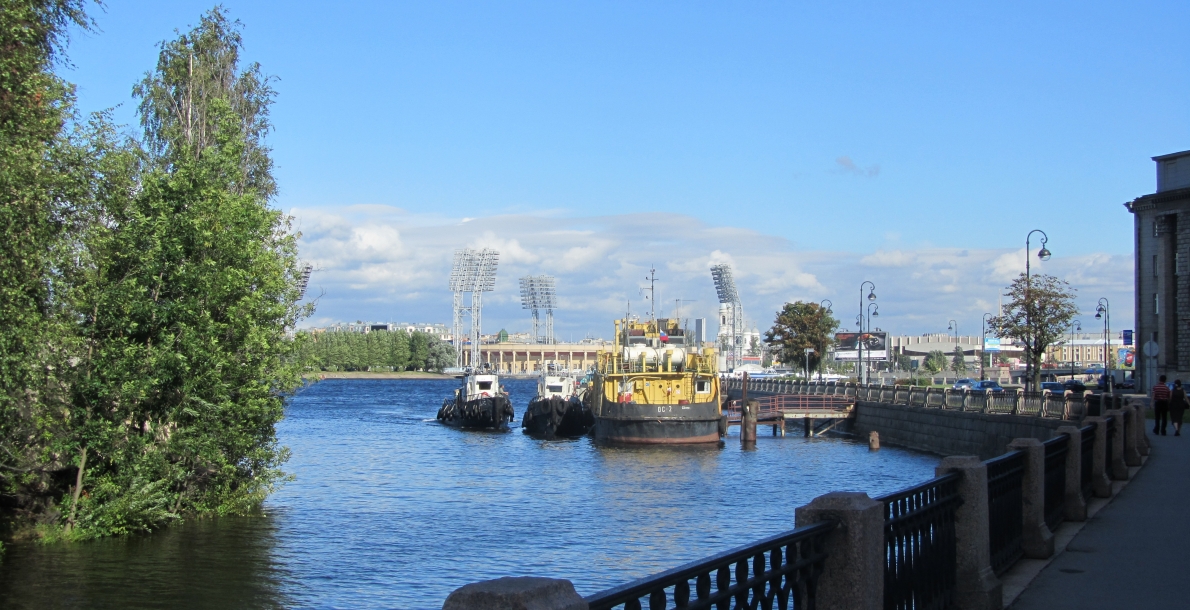 The embankment located on both banks of the Smolenka River begins from the source of Malaya Neva River and reaches the abutments of Nalichny Bridge including ladder-descents.

The most part of banks is reinforced by wooden piles driven at pitch of 3 m, with wooden side boards between them, piles were anchored by bars into the natural river bank.

Separate sections are reinforced with durable materials. Thus, near the river source a high granite wall of 40 m long was constructed as per the type of neighbouring Makarova Embankment. The same wall of 294 m long with one descent runs downstream on the left bank of house No. 6, As well as sections adjacent to Uralsky Bridge were reinforced: upstream sections of 11 m, downstream of 52 m

From the dawn of time the Smolenka River banks were reinforced with wood over its entire length not reaching marshy bank of the Gulf of Finland slightly. Currently, we can see the wooden bank reinforcement with various destruction level on the most part of the bank line.

The Smolenka River is one of the Neva Delta rivers. Earlier, until the bank line of the Gulf of Finland changed, the Smolenka River was 3.3 km long at the place where the river flowed into the gulf. First the river was named Glukhaya, then Chernaya as many delta rivers flowing over flushes.

Wooden bridges across the Smolenka River were built in the XVIII and XIX centuries: Uralsky in 1716, Smolensky in 1821.