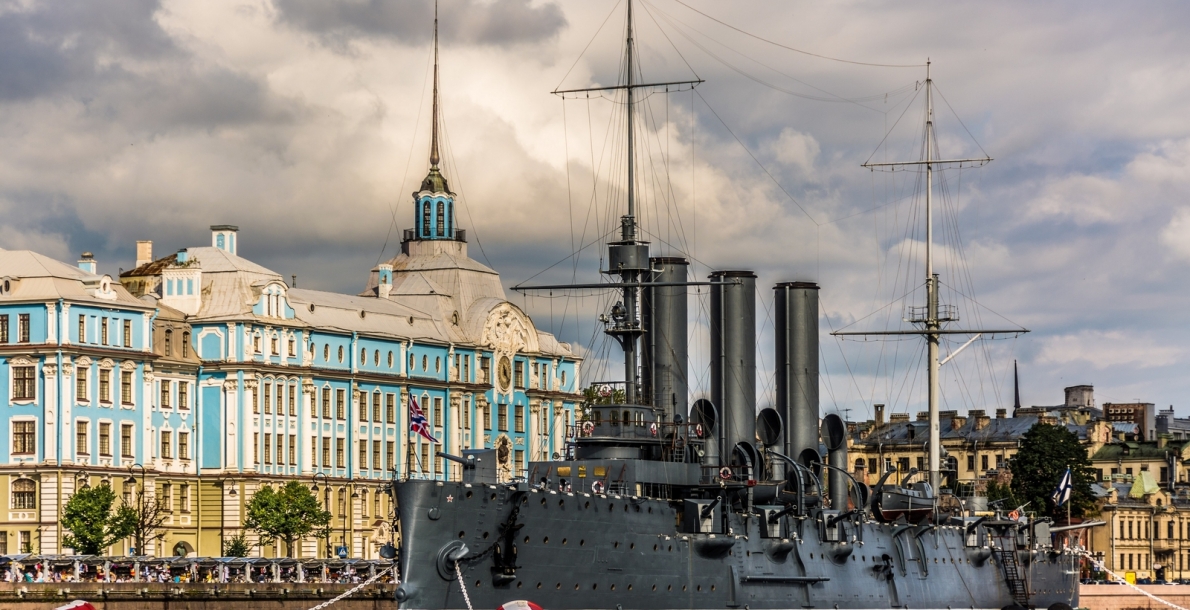 Petrogradskaya Embankment is located in the Petrograd District at the Bolshaya Nevka River source along its left bank - from the Neva River to Grenadersky Bridge.

The area of the embankment from the Neva River to Sampsonievsky Bridge was built in 1903 under the project of engineer F. G. Zbrozhek and architect L. I. Novikov as a part of Emperor Peter the Great Embankment.

High stone wall faced with granite, with a semi-round descent opposite Penkovaya Street did not reach a wooden Sampsonievsky Bridge slightly. The rest part of the embankment with a green gentle slope was reinforced with wooden wall and used as cargo.

In 1958 Svobody Bridge was rebuilt (since 1993 - Sampsonievsky) which existed on this place since the end of the XVIII century. Along with it, the adjacent walls of the embankments were commissioned: upstream part with a section of 17.5 m long and the adjoining 20-meter section of the rebuilt existing wall, and downstream one 41 m long.

For the purpose of improvement of the Bolshaya Nevka River banks, in 1966-1968 the high granite wall was extended to Grenadersky Bridge (authors of the project were engineer E. A. Boltunova and architect L. A. Noskov). The wall is a lightweight high grillage with two rows of piles and hanging reinforced concrete blocks. During the construction of the wall, the old sheet piling  was partially used. On the embankment there are two descents: one at Sampsonievsky Bridge, another one – on the axis of the building of the former barracks of the Labe-Guards Grenadier regiment. The embankment railing was arranged in the form of sections of the metal lattice of an original pattern between the rectangular granite bollards (the author - architect L. A. Noskov). The mentioned railing type is assigned as typical for this river.

In 1948 at the embankment wall near Svobody Bridge (Sampsonievsky) historical cruiser Aurora was laid for an eternal moorage. After a major overhaul of the cruiser, its mooring place was also arranged - in front of the Nakhimov Naval Academy. In 1987 a moorage wall of 42 m on the facade and coming to the river by 10 m was built for entrance to the cruiser. The main berthing dolphin having heavy pile foundation underneath is under the water.

From 2014 to 2016 cruiser Aurora left its place of eternal moorage and was being repaired at Kronstadt shipyard. Its return to Petrogradskaya embankment on the night from July 15 to 16, 2016 has become one of the main historical, cultural and tourist events in St. Petersburg the year.

The embankment in the area from the Neva River to Sampsonievsky bridge is under the state protection.