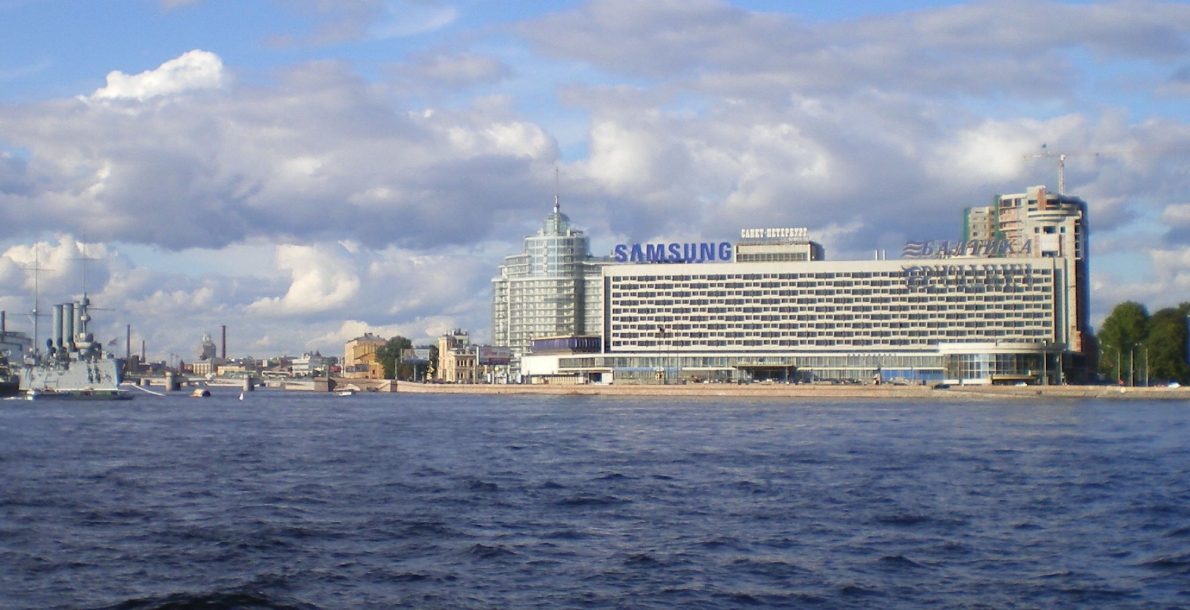 For the time of its existence the embankment changed not only its name but the length. Each of its two sections has its own history of renaming.

The first section along the current (between Liteyny and Sampsonievsky Bridges) after construction of metal Liteyny Bridge, partially from Akademic Lebedev Street to Bolshoy Sampsonievsky Prospect was named Arsenalnaya Embankment. In 1898 it was renamed as Pirogovskaya Embankment in honour of the Russian surgeon Nikolay Ivanovich Pirogov worked in Military Medical Academy.

The complex of Academy buildings began to be created since 1720 when Peter the Great decided to build the admiralty (sea) and land hospitals. The buildings were constructed on the island separated from the land by a duct. In 1798 a medical surgical academy (since 1881 Military Medical Academy) was established in Moscow and St. Petersburg. The original buildings did not survive. Some of them were rebuilt and even dismantled.

At Bolshoy Sampsonievsky Prospect on the embankment there was the building of Pirogov Museum, later its place was used for erection of Leningrad Hotel (today Saint Petersburg Hotel). The first arranged section of the embankment had appeared over against the museum at the end of the XVIII century. Then in 1860-1870 at the turn of the Neva River a descent ramp was constructed for river ships approach. In 1879 along with a new metal Liteyny Bridge from its downstream side there was a high embankment wall with the descent of about 52 m long in total. After the flood of 1924 the high banks of the embankment were significantly eroded, thus, in 1928-1931 the bank was reinforced by a wall with a circular slope paved with diabase and adjoined the descent-ramp on both sides.

In 1958 permanent Svobody Bridge was built (today Sampsonievsky) with the adjacent walls of embankments, slopes and wing-walls. At the same time a closed section of the wall was constructed between the granite wall at Svobody Bridge and the descent-ramp.

From 1887 to 1923 the second embankment section from Sampsonievsky Bridge to Grenadersky Bridge was named Sampsonievskaya Embankment. Since 1923 it is named Fokin Embankment in honour of Nikolay Fokin (1903–1923) who was one of initiators of the Socialist Union of Young Workers in Petrograd.

In 1979 both sections were a part of Vyborgskaya Embankment, boundaries of which were Liteyny and Ushakovsky Bridges. Only in 1989 the single Pirogovskaya Embankment had appeared within the current boundaries.

In 2011-2013 the embankment was reconstructed, which provided traffic along the entire section.

Historically Pirogovskaya Embankment was well-known with industrial enterprises located there.  In that place there were the first city’s sugar factory after A. L. Stieglitz, many productions of E. L. Nobel, Sampsonievskaya Cotton Mill. From the middle of the XIX century the embankment was actively used for goods unloading to enterprises and at the old Grenadersky Bridge there was the granite pier for cargo rotary metal crane, which was dismantled in the early XX century.