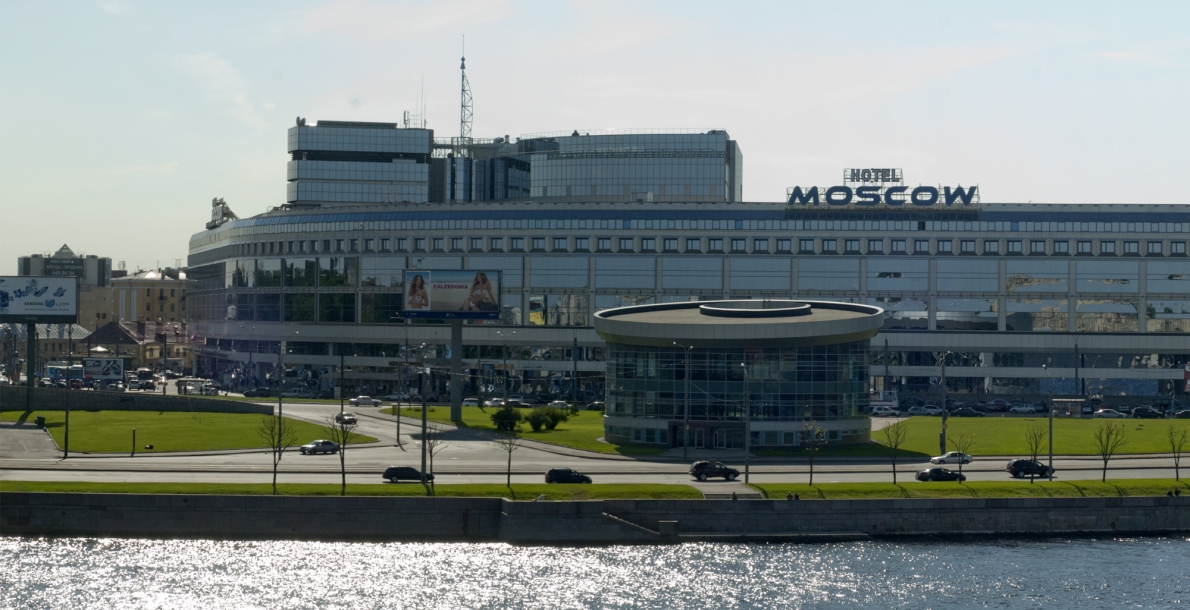 Year of creation: middle of the XVIII century

Sinopskaya Embankment located in the Central District of St. Petersburg on the left bank of the Neva River expands from the Monastyrka River to Smolny Prospect.

In 1911, with the construction of Bolsheokhtinsky Bridge, a granite wall of 270 m long was erected upstream on the ways to the bridge. In 1928-1929 a circular concave wall of 440 m faced with stone was attached to this wall on upstream side, this wall had a quion at the level of the water. A descent was arranged in the place of two walls attachment.

In 1929-1930 Kalashnikovsky District River Port was created on the area from the Obvodny Canal to Khersonskaya Street. Between the Obvodny Canal and the Monastyrka River a concrete wall was build without facing and with the length of 470 m for freight operations, gantry cranes were installed for unloading of ships and existing barns were used as warehouses.

In 1953 Kalashnikovskaya Embankment was renamed in Sinopskaya Embankment in honour of the 100th Anniversary of the Russian squadron victory, under the command of Admiral P. S. Nakhimov over outnumber Turkish Fleet at Sinop on the Black Sea.

In 1958 Lenmostotrest installed metal railings with round granite bollards and arranged sidewalks at the area from Bolsheokhtinsky Bridge almost to Bakunin Prospect.

Since the construction of Alexander Nevsky Bridge (1961-1965), the whole territory of the Monastyrka River to Kherson Street was landscaped: Kalashnikovsky River Port was dismantled and storehouses were disassembled. Currently, on the ways to the bridge the granite 225 m long wall was built with a granite parapet and descents. The Monastyrka River banks were reinforced with a low granite wall with a green slope. As a result of these changes, the ensemble of Alexander Nevsky Monastery appeared to the Neva River spaces.

In 1965-1977, from the Monastyrka River mouth to Moiseenko Street over 1700 meters, high reinforced concrete wall constructed with a granite facing and stair descent to the water under the project of architect V. M. Ivanov and engineers L. N. Sobolev and A. D. Gutzeit.

In 1997, within the framework of Bolsheokhtinsky Bridge reconstruction, the adjacent embankment section was rebuilt, there a road tunnel was built under the exit of the bridge. Currently, Sinopskaya Embankment keeps arranging.

Nowadays, it boasts many historical buildings. For example, house No. 34/36 on Sinopskaya Embankment - Chapel of Valaam Monastery, which is a monument of St. Petersburg architecture. At the beginning of the XX century, when the chapel was still a parish church, inside there were unique relics donated by Emperor Alexander I and merchant D. M. Polezhaev.

House No. 28 is associated with the name of the Russian poet Nekrasov. There he lived when he was a 17-year old young man who came to conquer the city. House No. 22 became especially famous when a musician Yuri Shevchuk lived there in the 90s of the XX century. It is believed that it was the place when he wrote the song "What Is Autumn". In 2003 the house was demolished, and currently, this place is occupied by a business centre.