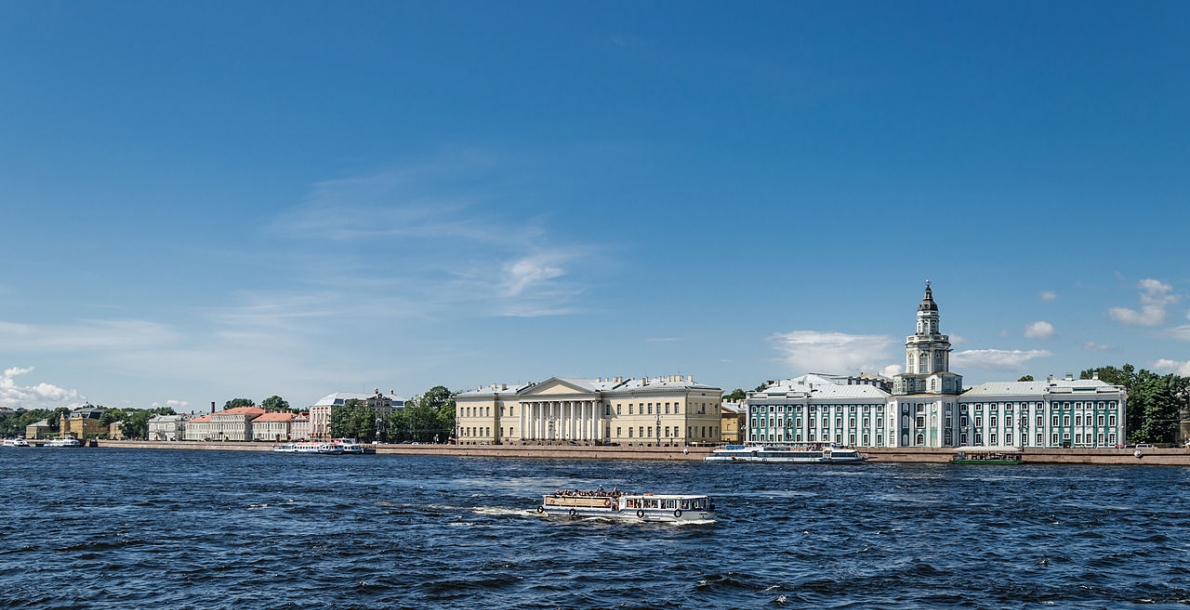 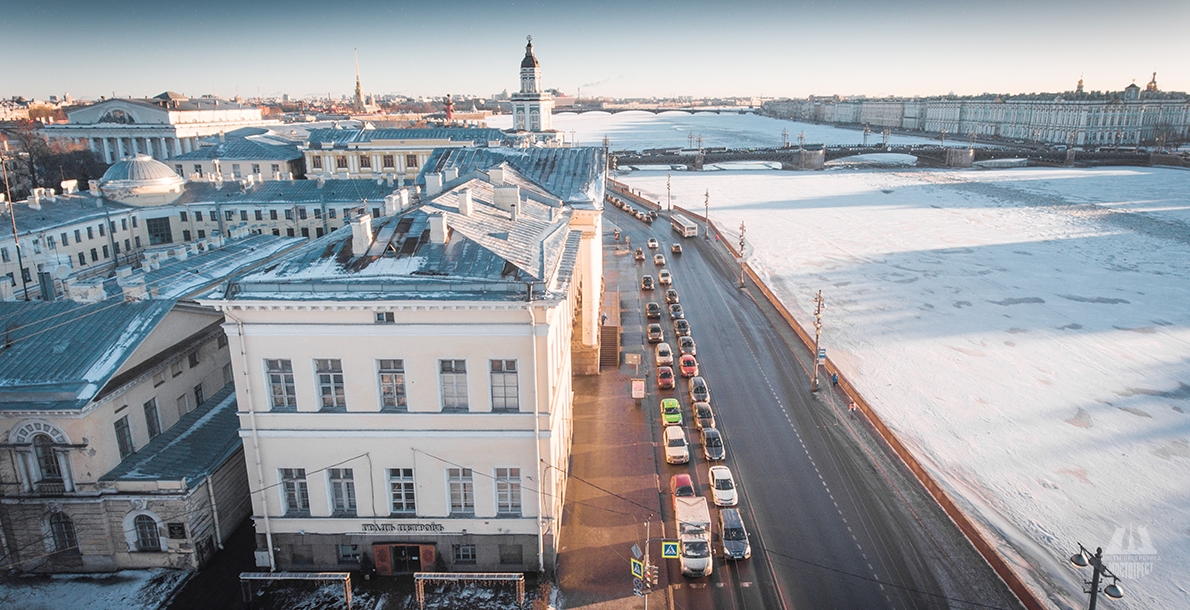 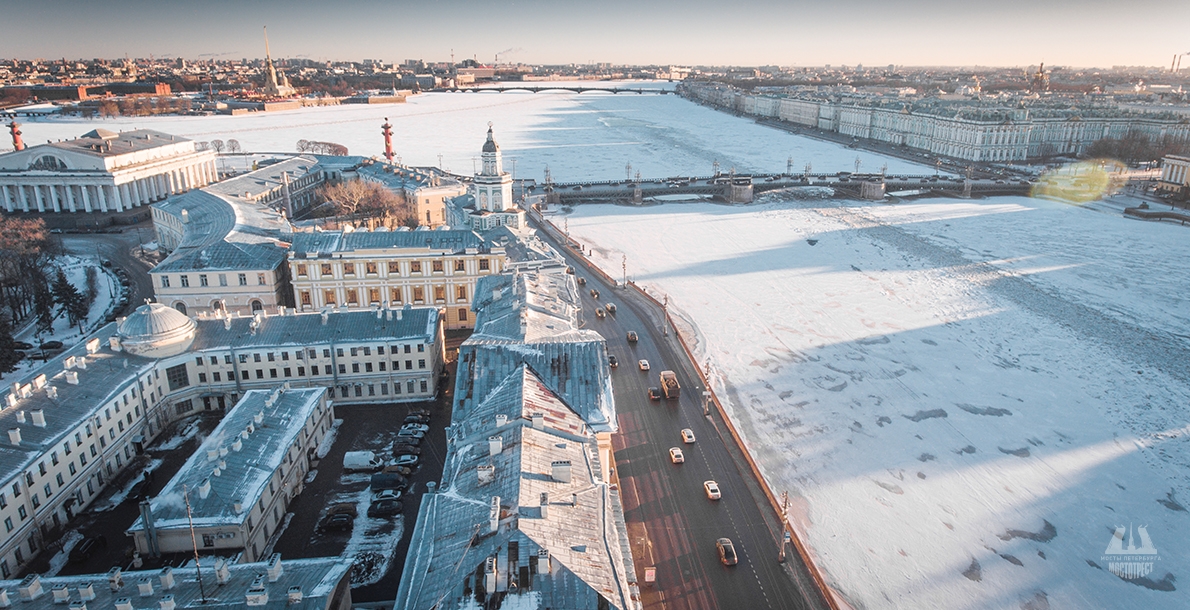 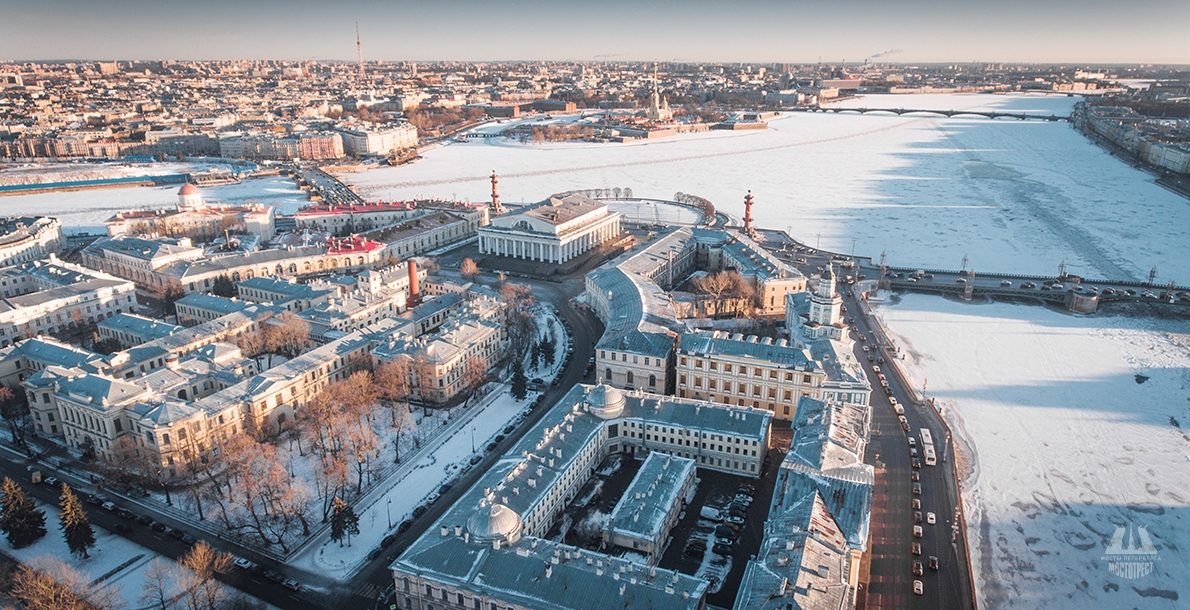 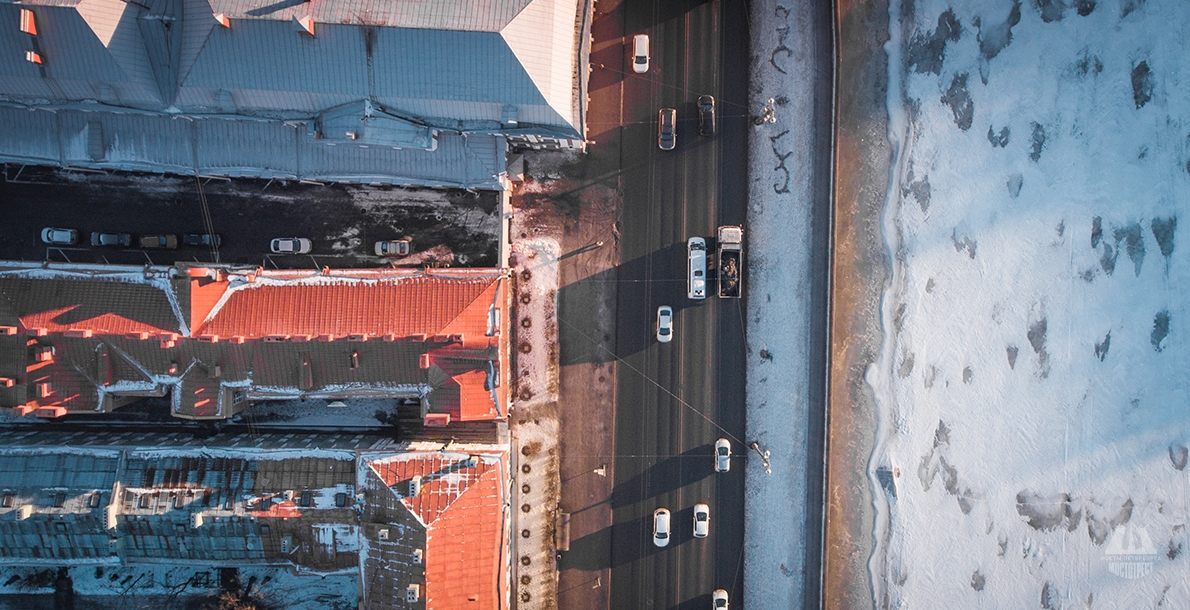 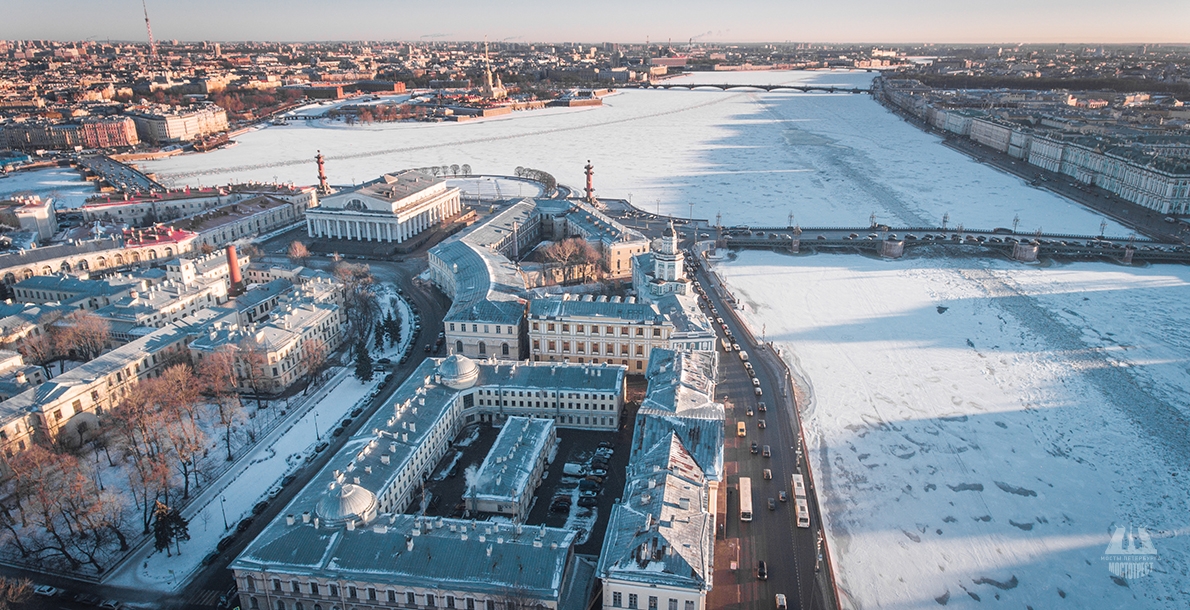 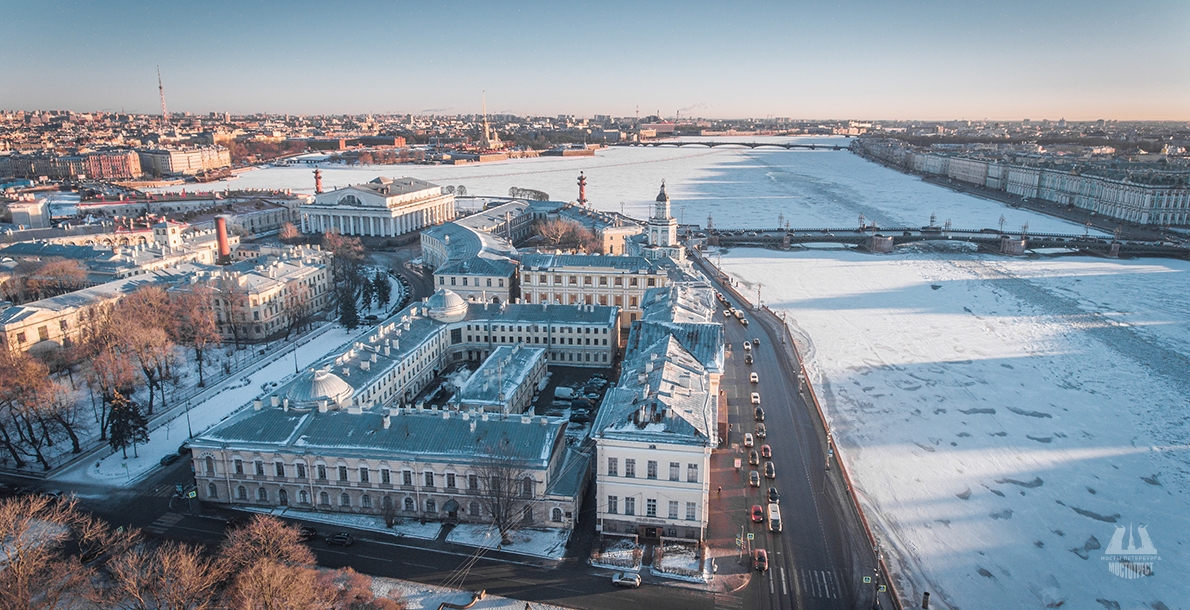 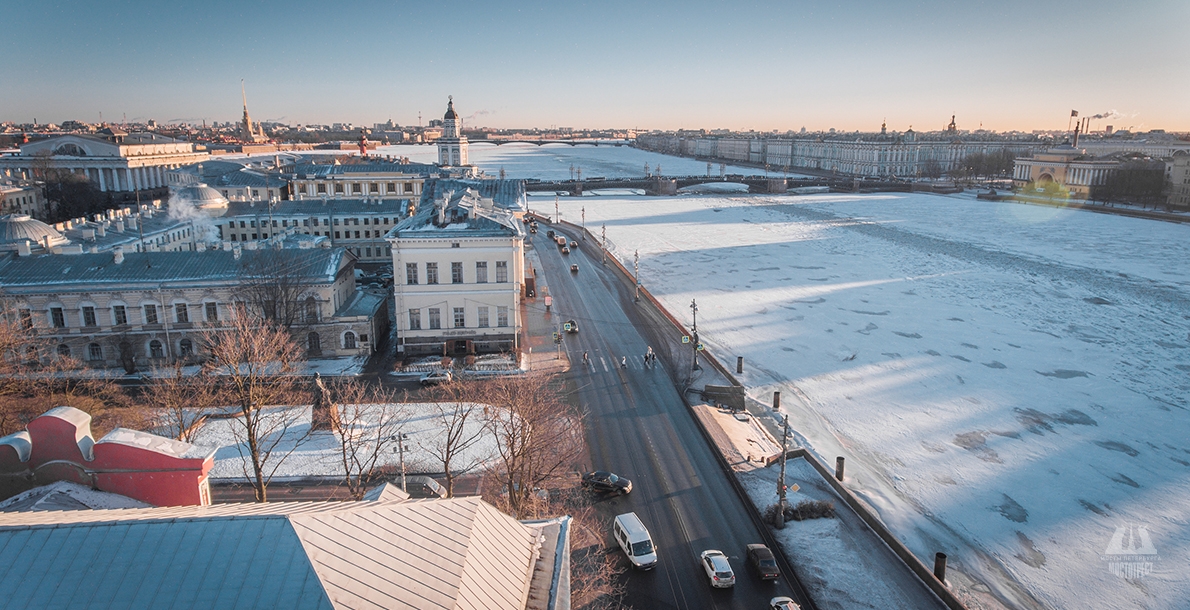 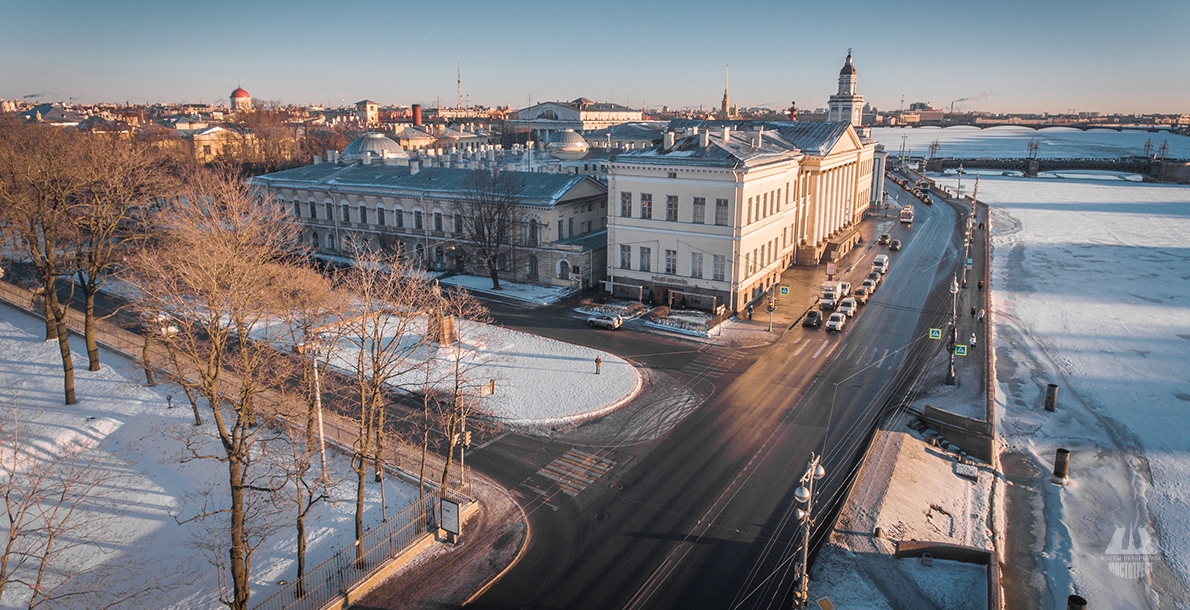 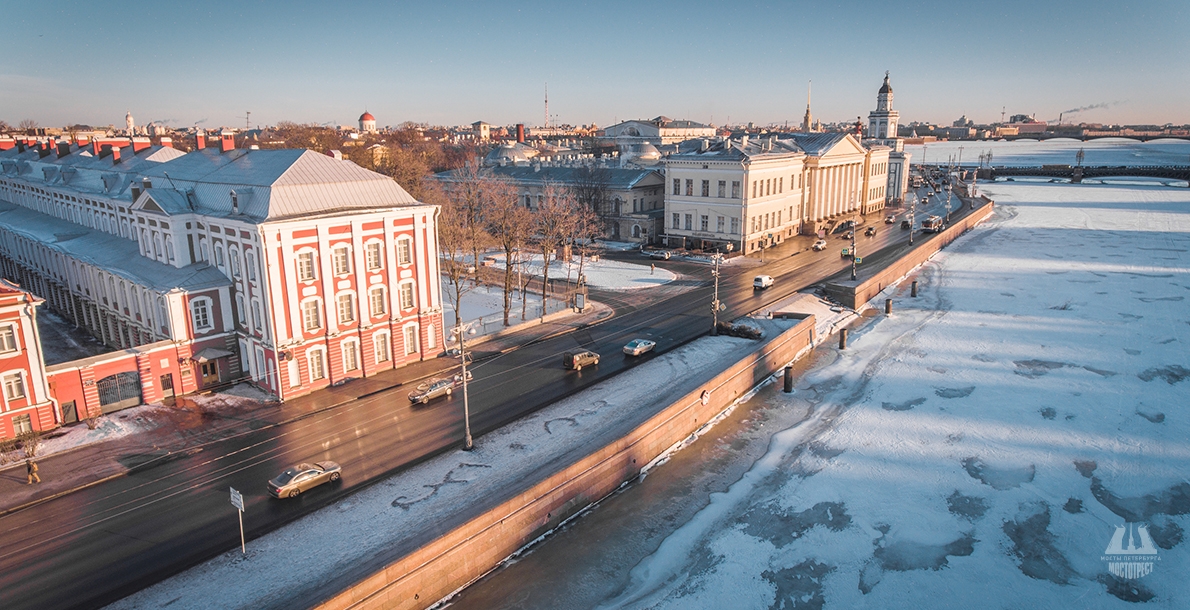 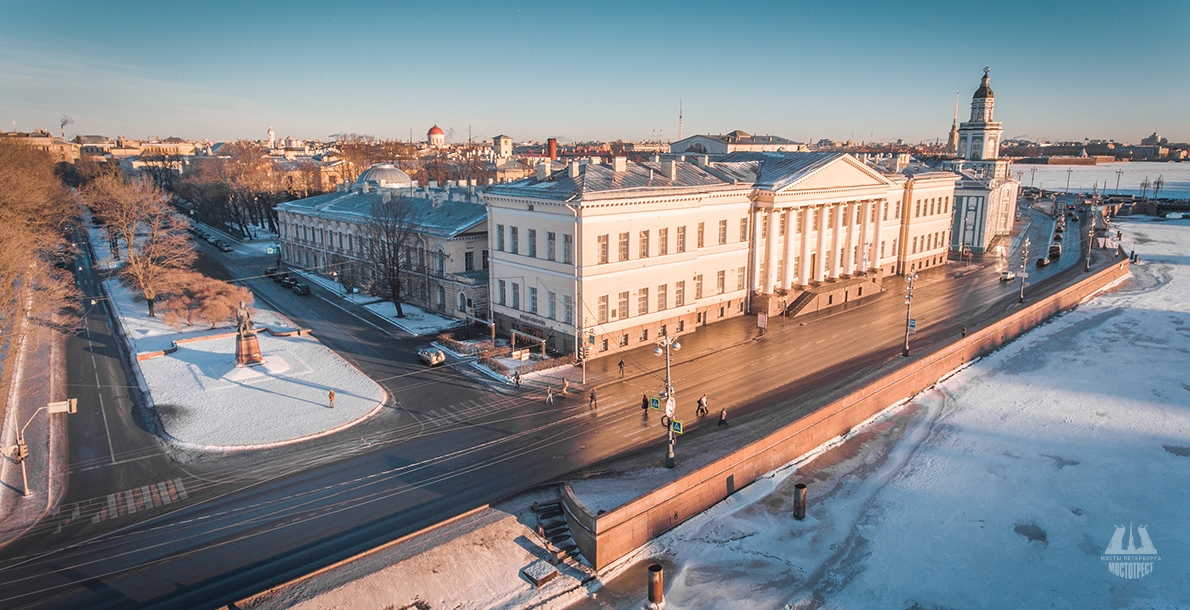 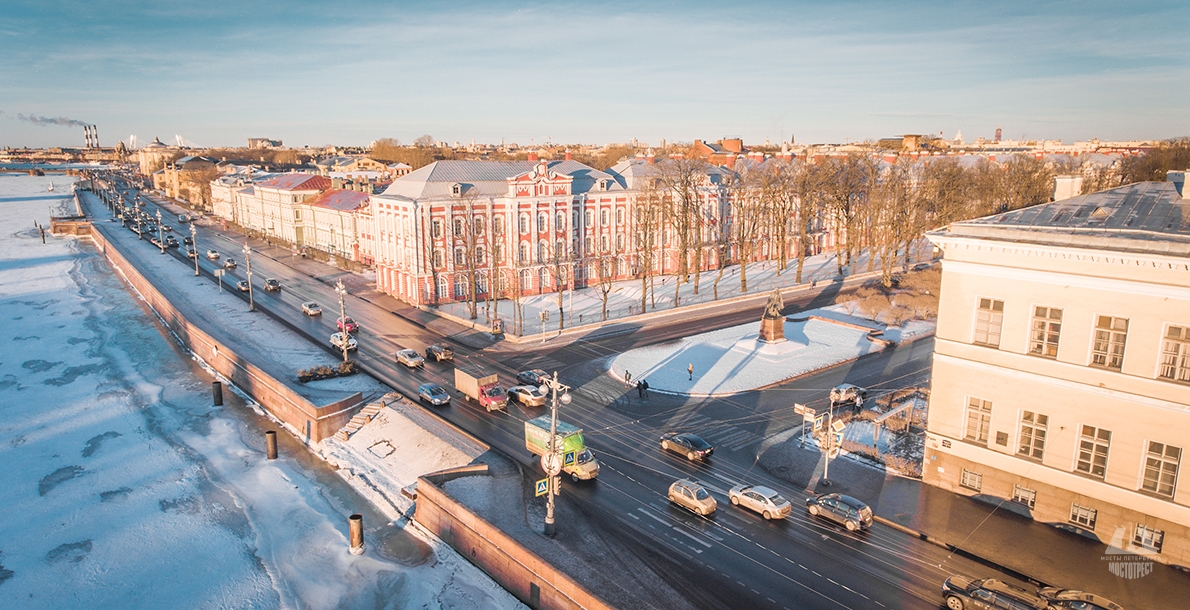 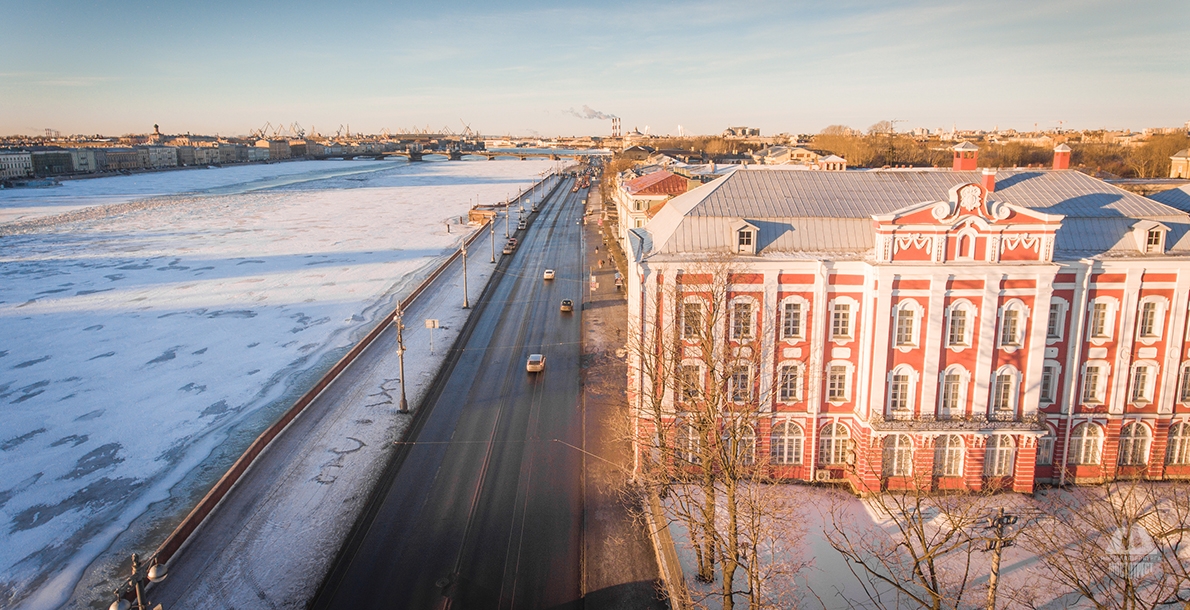 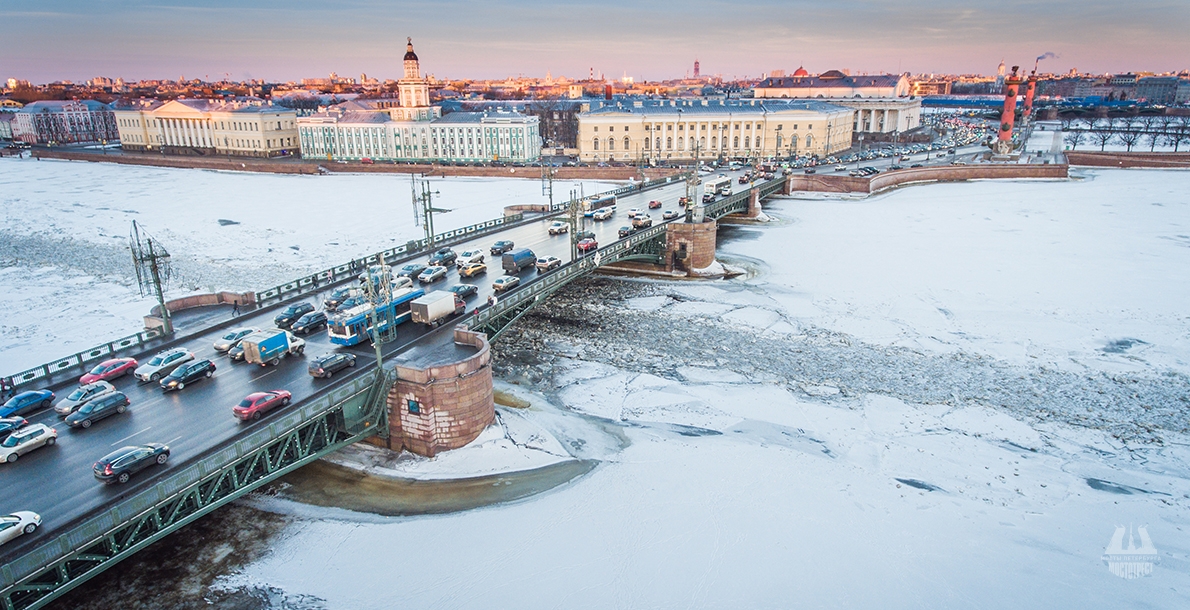 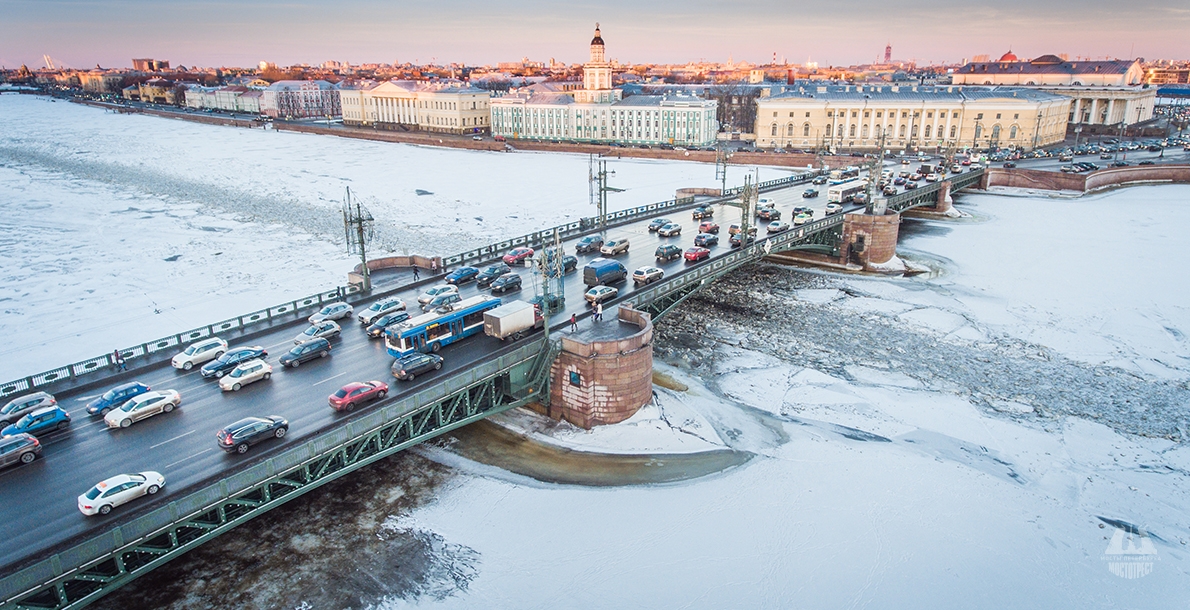 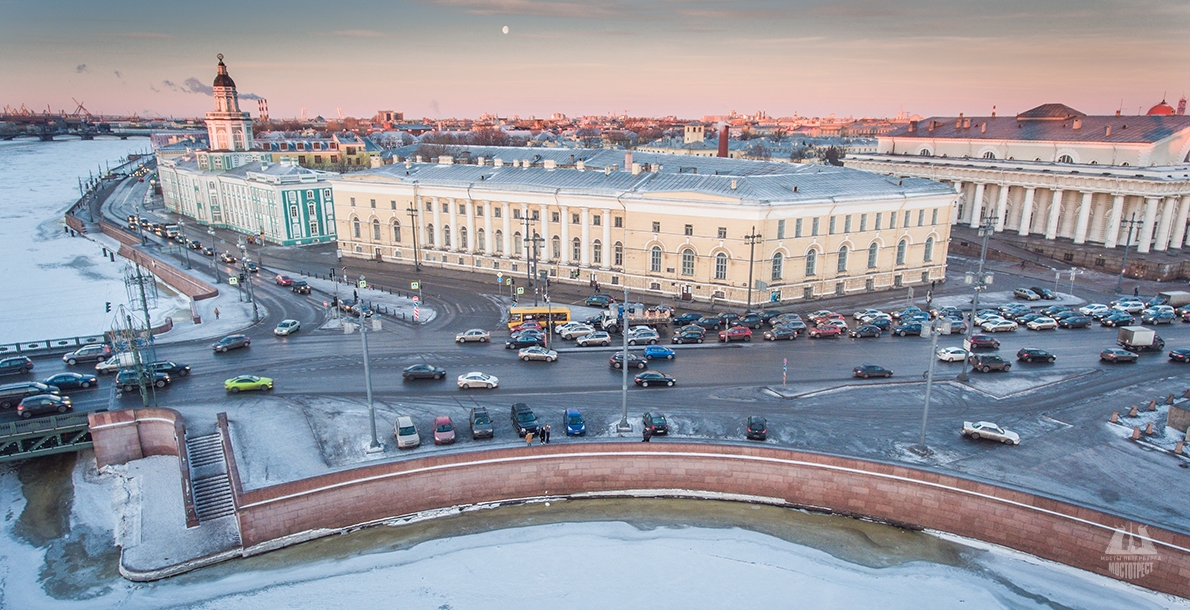 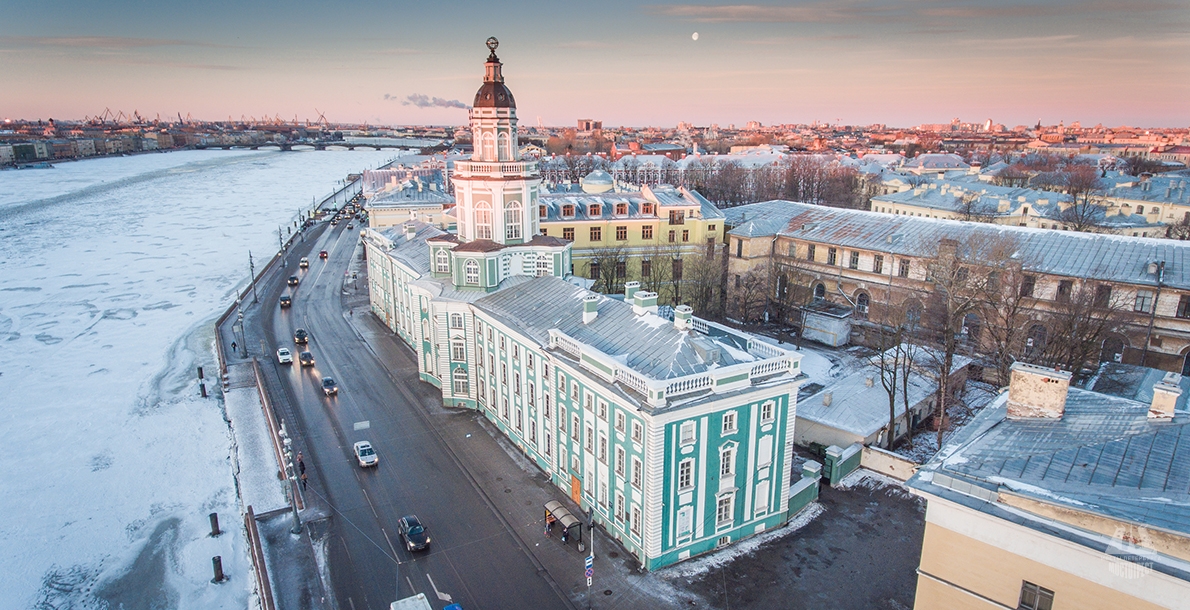 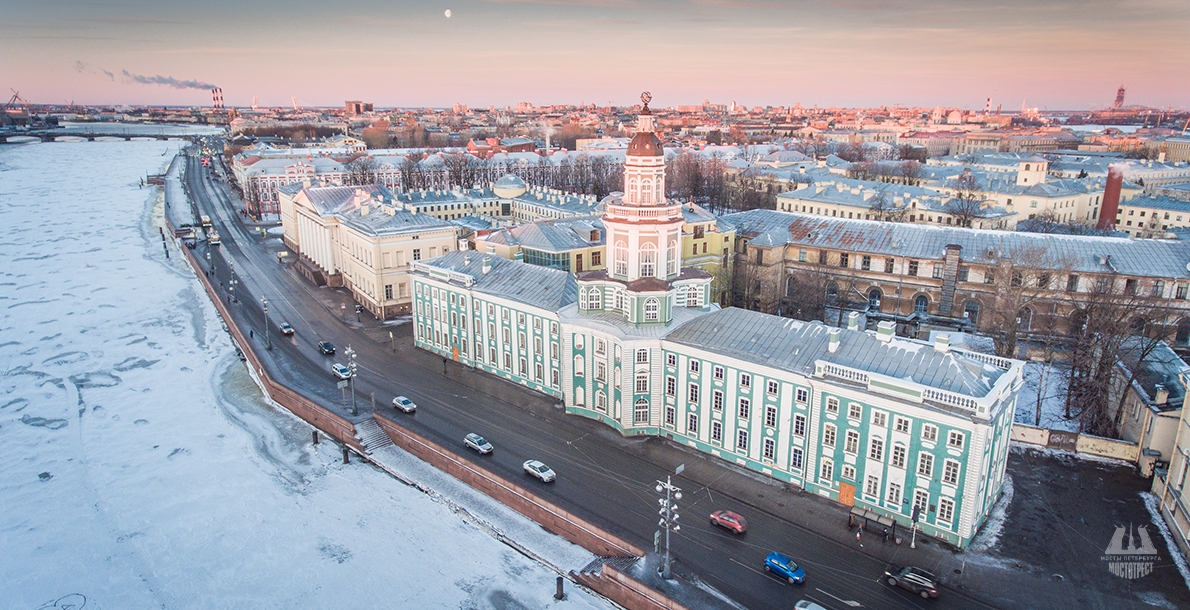 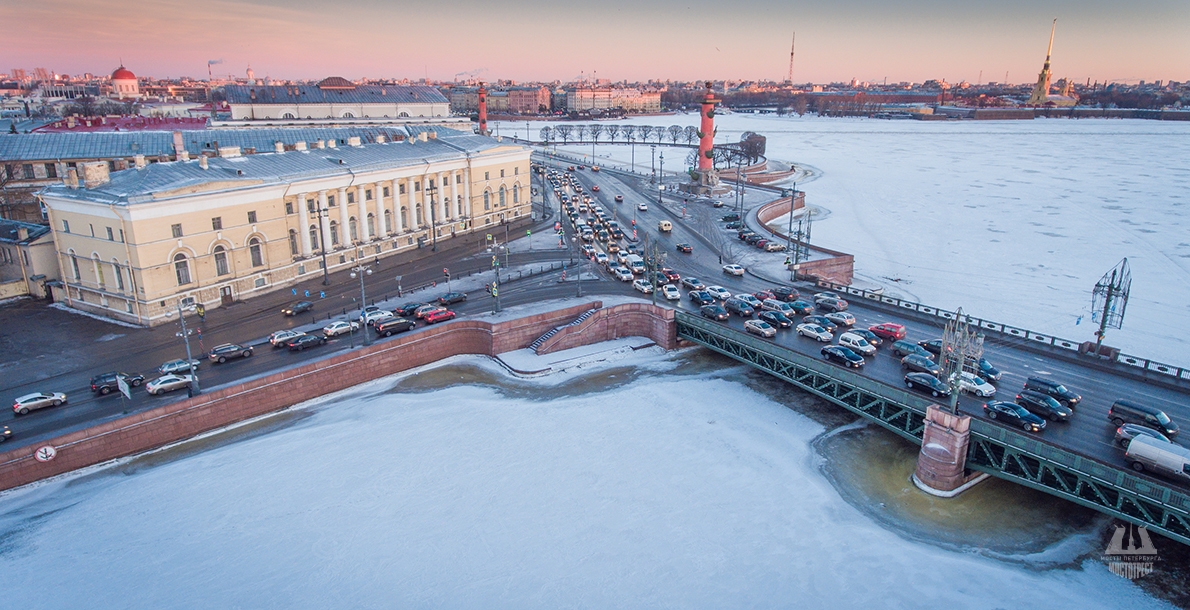 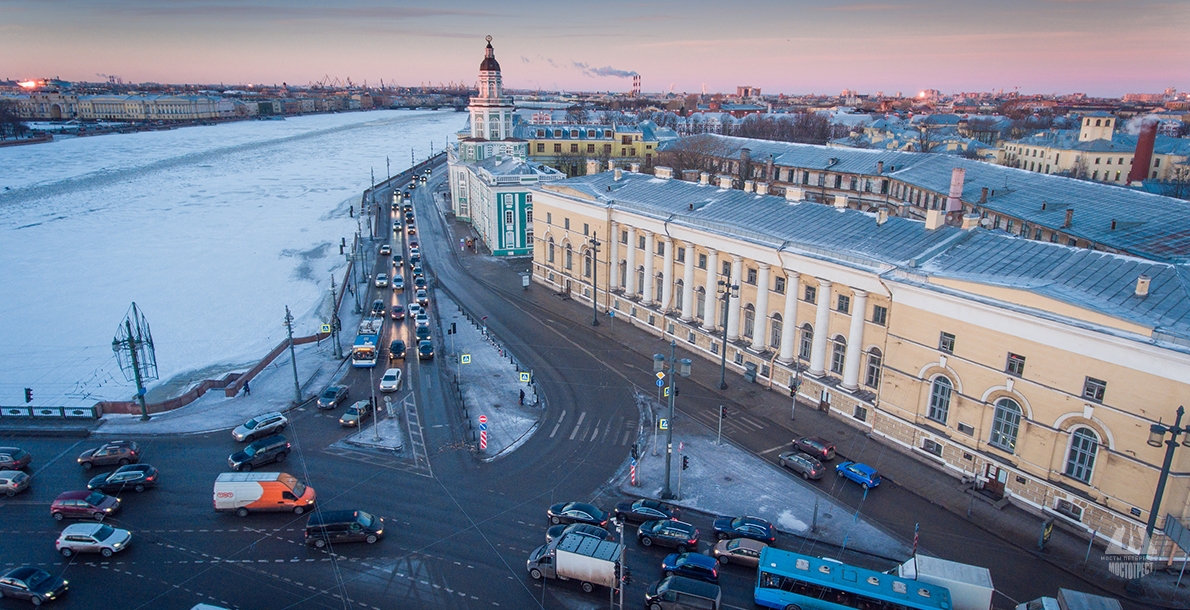 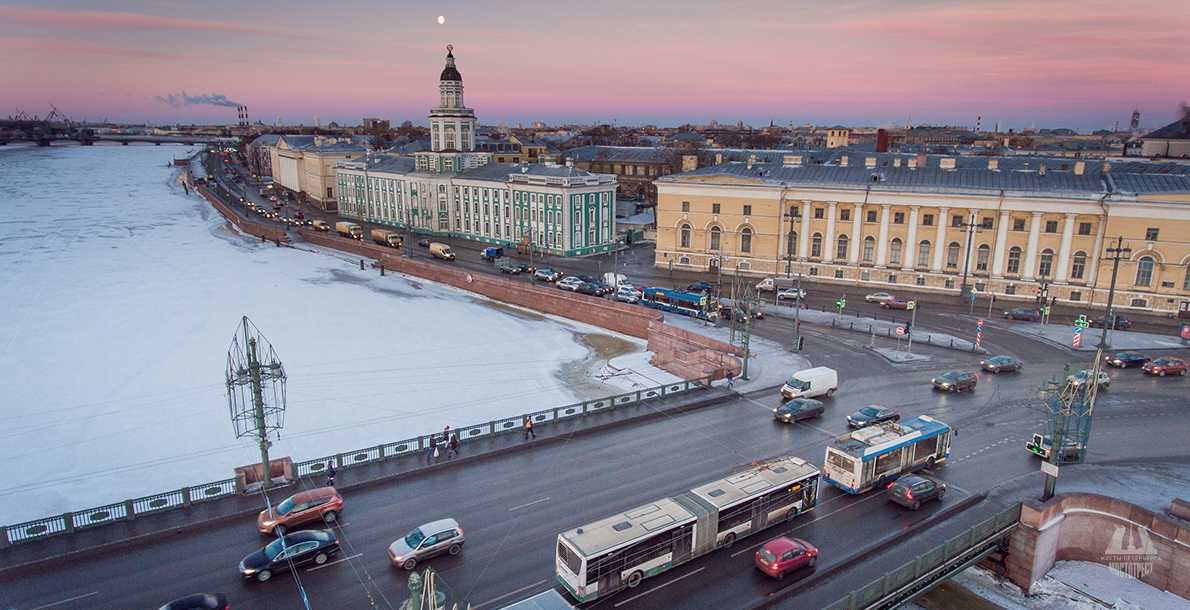 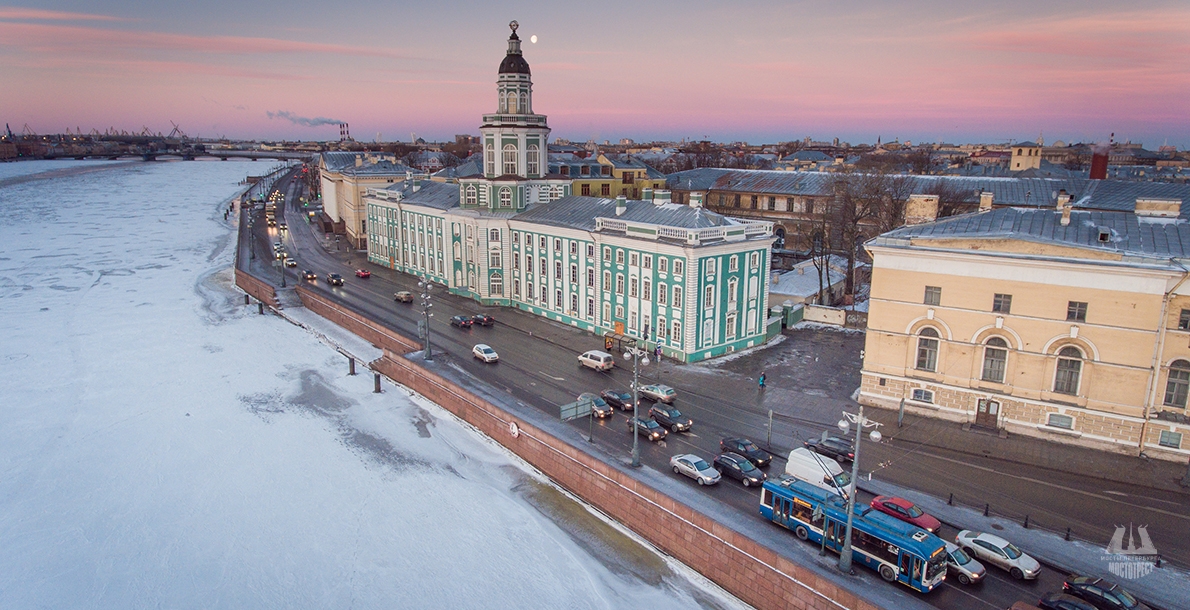 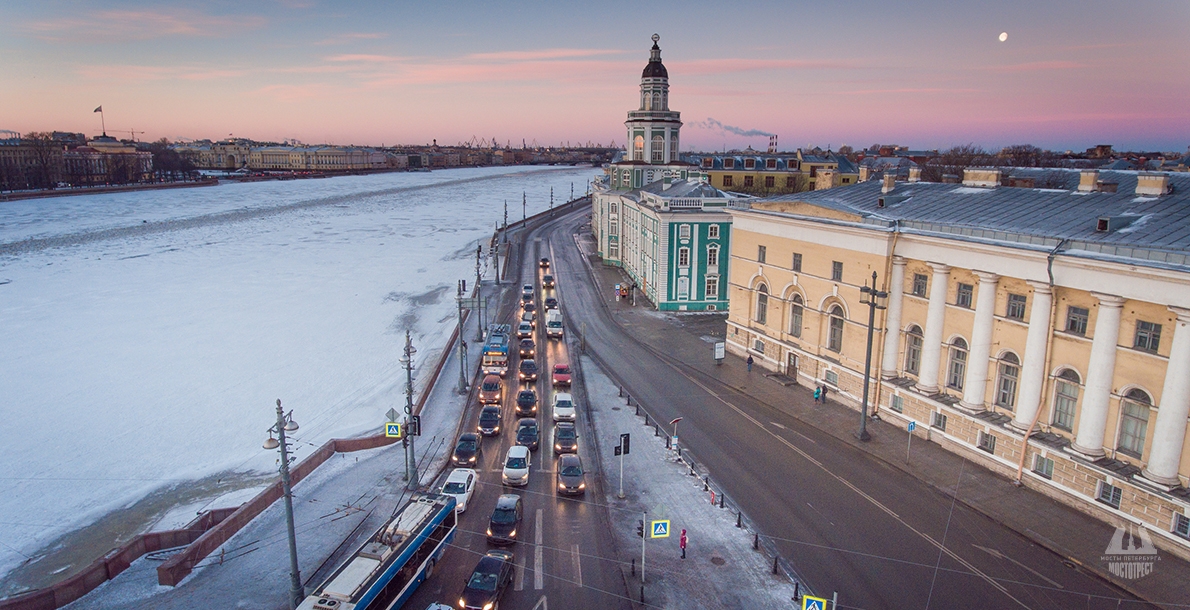 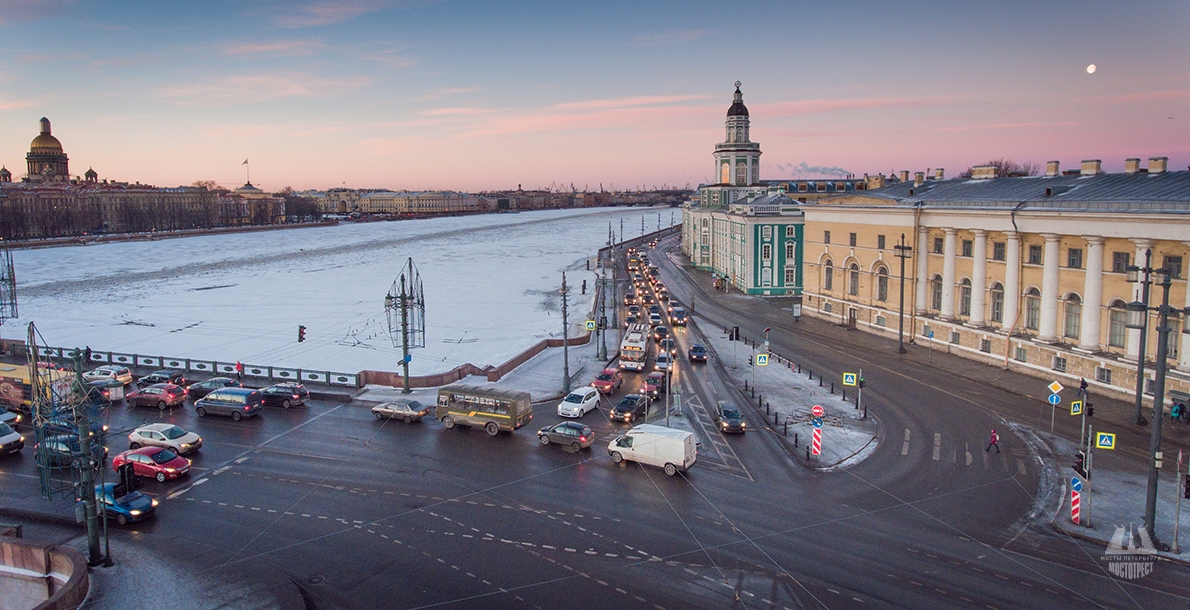 Universitetskaya Embankment got its modern name on April 16, 1887 after Saint Petersburg State University which was established in 1819 and partially located in the Twelve Colleges building. The building was constructed in 1722-1724 for the government departments: the Senate, the Synod and ten Colleges (Ministers). Since 1816 the building was transferred to Teacher's Institute, and since 1819 - to St. Petersburg State University.

The bank reinforcement was wooden for a long time and only at the second stage of active construction of the embankment in the city (1798-1811) Universitetskaya Embankment was encased in granite.

The first section from the Spit of Vasilyevsky Island to Mendeleyevskaya Line was constructed from 1805 to 1810 under the project of architect Tomas de Tomon. The construction was performed by engineer F. I. Gerard. The descent with two stairs alongside were constructed in front of the Kunstkamera Museum. The lower platform was equipped with stone figures of two laying lions, which were washed off by the flood of 1824.

After that flood the wooden bank reinforcements were out of order and the following section of the embankment from Mendeleyevskaya Line to the Academy of Arts was reinforced with a high granite wall in 1831-1834 under the supervision of engineer E. A. Adam. On this section there was the largest cargo descent (Rumyantsevsky) to the Neva River.

This embankment section after the berth and to the 7th line of Vasilyevsky Island was included in the complex of construction of the first permanent bridge (Blagoveschensky) on the Neva River.

The embankment sections adjacent the bridge from the upstream and downstream sides were rearranged in 1938 because of reconstruction of Lieutenant Schmidt Bridge (the bridge name was used from 1918 to 2007). Beautiful descents to the water integrated in the right-bank bridge abutment appeared.

In 1985-1986 the embankment sections were overhauled from Tamozheny Lane downstream including the abutment of the former floating Isaakievsky Bridge. The descent over against Mendeleyevskaya Line was moved upstream by 6.8 m to be located on the line axis. This necessity appeared due to the project of A. V. Lomonosov Monument installation on Mendeleyevskaya Line.

Universiteskaya Embankment was guarded with a solid granite parapet except for Rumyantsevsky cargo descent and the descent after Blagoveschensky Bridge. A green lawn was planted along the embankment from Mendeleyevskaya Line to Syezdovskaya Line.

The embankment is one of the central, front, promenade one, its entire development is a monument of architecture. The embankment erected under the projects of famous architects and engineers is under the state protection. Here there are monuments of architecture and history as the Kunstkamera, the Menshikovsky Palace and the Academy of Arts.

Universitetskaya Embankment is the "most student” embankment of Saint Petersburg.