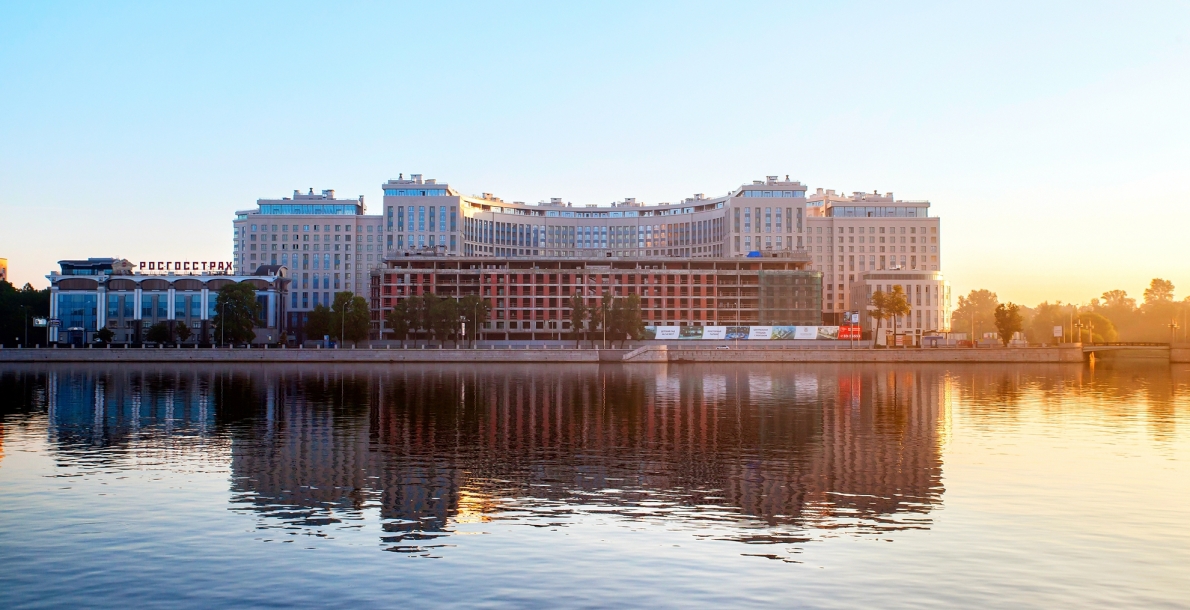 Ushakovskaya Embankment is located on the right bank of the Bolshaya Nevka River between Golovinsky Bridge (in the mouth of the Chernaya River) and Ushakovsky Bridge.

The embankment has its present name since 1953, its former name is Stroganovskaya (as it joints the Stroganov’s Summer House). In 1979 it was included in Vybogrskaya Embankment, but in 1989 it became individual one.

At the end of the XVIII century lands from the Chernaya River to the bridge across the Bolshaya Nevka River (modern Ushakovsky Bridge) belonged to the President of Russian Academy of Arts Count A. A. Stroganov.

In 1790-1795 a country house was built under the project of architect A.N. Voronikhin with a large park and parade berth.

In 1913 the river banks were reinforced by wood and cobbled slope. In 1920, after demolition of the parade birth and estate buildings, a highway was laid alongside. On the territory of the former Stroganovsky Garden, along the existing Akademik Krylov street (former Stroganovskaya Street), at the place of old building, the complex of Military and Naval Academy named after A. A. Grechko was constructed in 1938-1941.

In 1955, due to the reconstruction of Ushakovsky Bridge, a bank line on the ways to it was arranged and reinforced with wood. Over time, this timber reinforcement was mainly disturbed.

In 1977, after construction of Golovinsky Bridge, the Bolshaya Nevka River bank section adjoining to the bridge was reinforced by a high granite wall on the piled foundation, under the project of engineer A. D. Gutzeit and architect V. M. Ivanov. Its length is 109.7 m.

In May, 2000, the construction of the traffic interchange to Ushakovsky Bridge was finished. Vehicular traffic along the embankment is performed in the second tier along the overhead road. The scope of works for arrangement of traffic interchange included embankment wall from Golovinsky to Ushakovsky Bridges with two rectangular ramps to the water. The embankment structure is a high reinforced concrete wall faced with granite.

Currently, housing construction is performed along the significant section of the embankment from Golovinsky Bridge. In 2010s the embankment itself was included in a continuous highway, which allows going out from St. Petersburg to Scandinavia route.